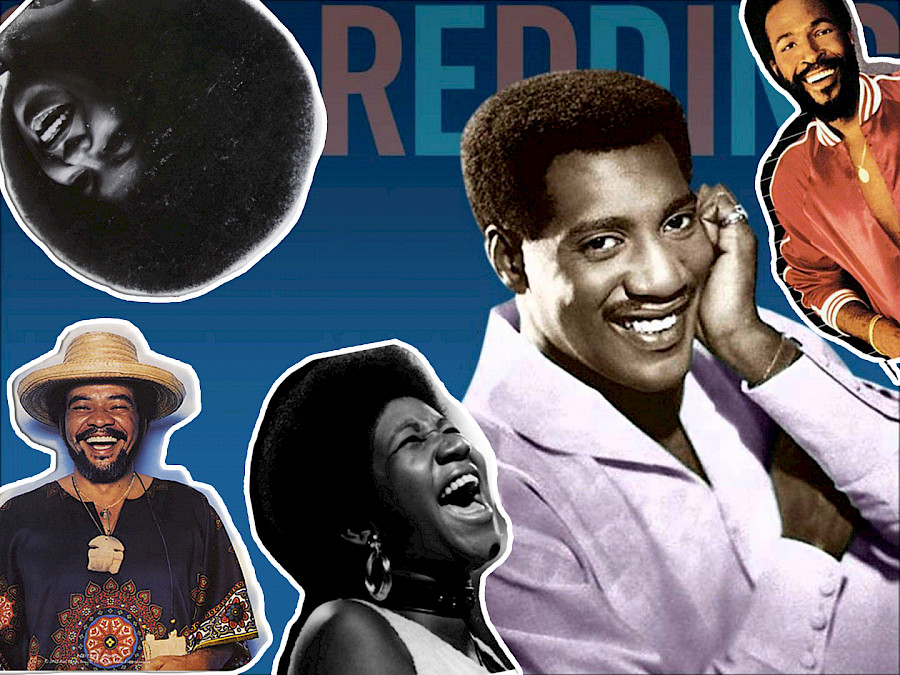 Signature song of soul queen, Aretha Franklin is a song, monologue of a strong woman, demanding respect to herself. A song, performed by Aretha received two «Grammy» rewards and reached the first line Billboard Hot 100. The composition should be in the playlist of each strong woman.

Marvin Gaye - «I Heard It Through the Grapevine»

Marvin Gaye and his «I Heard It Through the Grapevine», considered, as a top of Motown sounding for seven whole weeks, remained on the first line of Billboard Hot 100 and it is considered, as all-time record among soul hits by duration of stay in the first line. The song was included into the “Grammy glory hall” and thus, it deserves being in your playlist.

Otis Redding - «I’ve Been Loving You Too Long»

US performer and musician Otis Redding’s song of the ballade genre «I’ve Been Loving You Too Long» is regarded by critics, as one of the best Redding’s works and soul classics. The song is among «500 greatest songs of all times» and seems to be the adequate cause for its adding to your music.

This song was performed over and over by all: starting from Joe Cocker and completing with Michael Jackson. It occupied the first lines everywhere, where it is possible and it may be listened once again endlessly. However, original in Bill Whithers’s performance is, certainly, the best thing that could happen.

A song, killing you softly. There is Roberta’s soul and magnificent voice. Listen and get into the alternate reality!