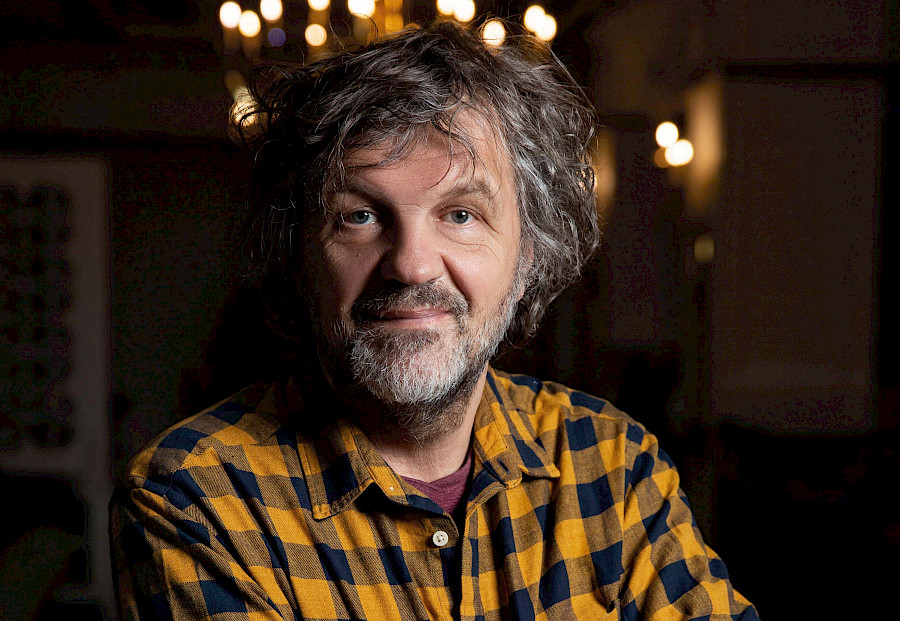 Empty hotel lobby, 19:40 on clocks. In twenty minutes begins the concert of The No Smoking Orchestra band, with which Emir Kusturica is driving around the world, and he has not even left his room yet. Each flowing minute makes our chances of catching a world-famous filmmaker for interview and shooting more unreal... But here are the doors of the elevator opening, and him: as huge as on the screen, with such powerful energy that it seems like you could charge all gadgets in the district with it, as charming as all his film characters, and – despite his reputation of a Serbian bad guy - surprisingly gallant. Emir patiently poses on camera, signs in my diary with a royal gesture, and "Life is a miracle" is no longer a metaphor... I dreamed about talking to Kusturica long before I was ended up journalism. It was the heady times when I only discovered for myself this screwball from Sarajevo: "When Father Was Away on Business”, “Time of the Gypsies”, "Underground", “Promise Me This"… The furious Balkan rhythm, the tragicomic kaleidoscope of events, the mind-blowing grotesque with gypsy music – no wonder that European cinema surrendered before such pressure, having crowned the messy head of the Yugoslavian film-visionary with two palm branches! Just like that Kusturica took his place among a number of legendary directors of modernity, becoming part of the "Balkan myth". Well, we were among the lucky ones who managed to talk with the Maitre. 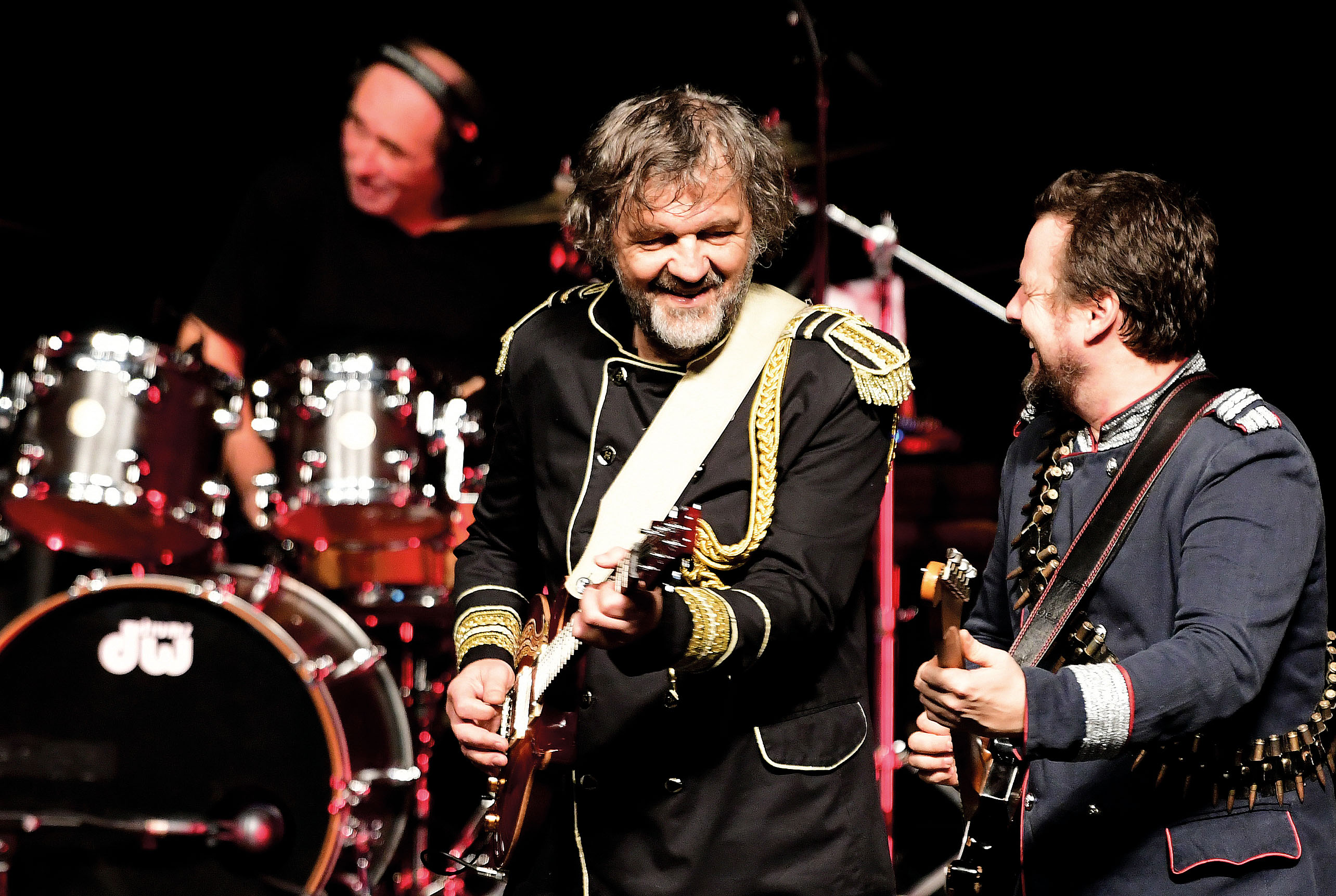 In the 90s, your film "Underground" seemed hyperbolic, a tragicomic parody of historical events. In our digital age, when falsification of history, forgery of facts become a routine, what solution would you propose?

I look to the future with great skepticism. Reality strongly diverges from our illusions... Thanks to the global development of the media, it has become very easy to manipulate human consciousness. But the question is who runs these media. To gets the advantage of it? Today it is easy to discredit a person who has his own, different point of view, to brick him up with a wall of silence and to cover only the position that is beneficial. The same goes for historical facts. Therefore, the best way out is to read between the lines. And to read more in general...

In modern world, "the one who invents the iPhone is right". In your opinion, who should be truthful?

We are now at the center of the technological revolution and I think it is changing people for the worse. Everyone wants to become part of the system without understanding whether this system is good at all. They're losing their identity. According to me, rightful is someone who keeps his individuality, defies the mainstream, has his own course, his opinion, and it does not matter whether it is profitable for others.

Why did you choose the documentary genre and shot a biographical film about Maradona? Is "The time of gypsies" really over for you?

I've referred and now refer to different genres. Documentary science is interesting to me because it makes it possible to show a real person – outside certain social roles, as he really is, rather than how he is used to be seen. Well, and it also brings the opportunity to show historical events through the life of a certain person. It's always interesting – some artistic experiment. 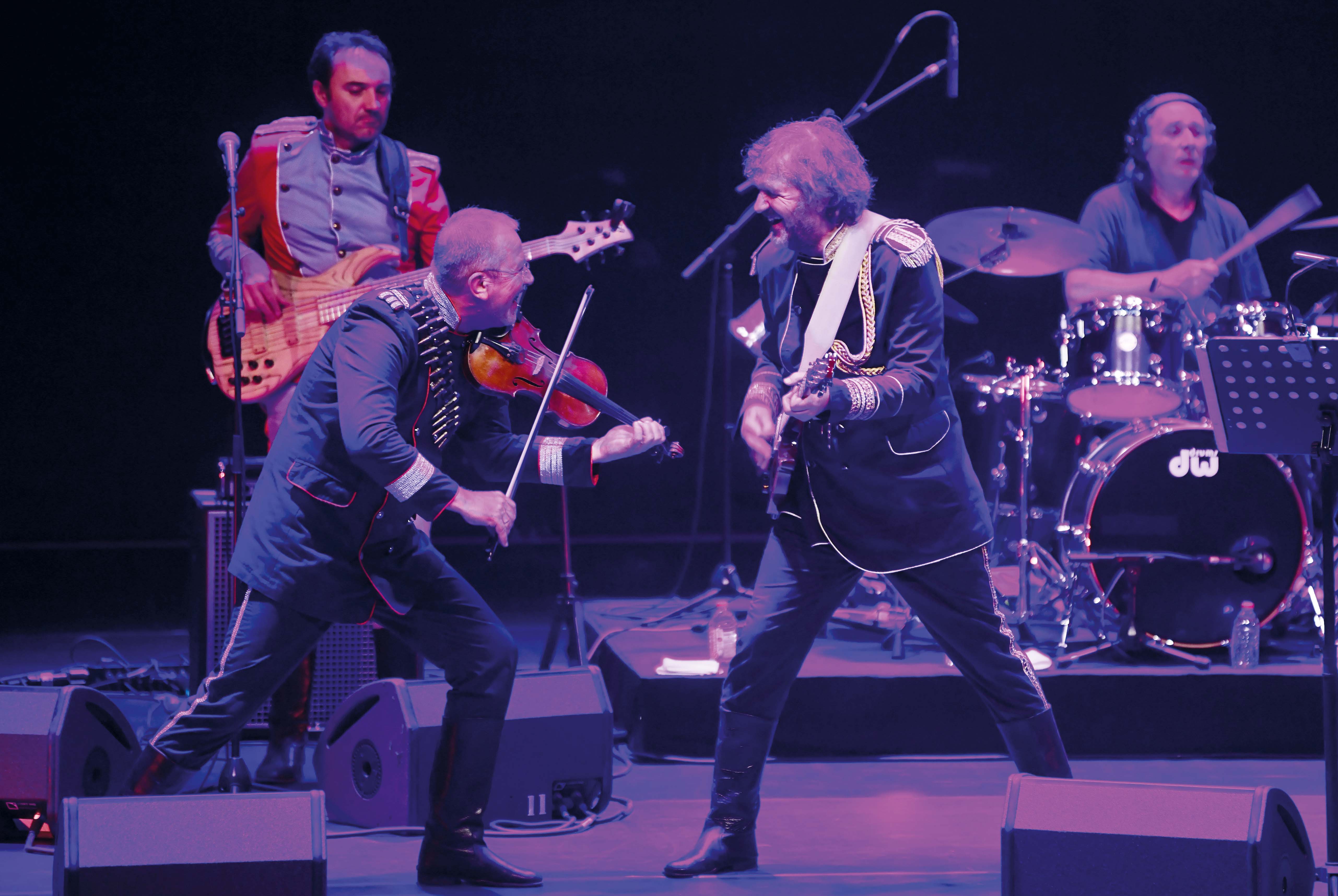 The logo of the established by you Kustendorf International Film Festival depicts a wolf against the train, and the slogan is taken from Bob Marley's song: "Stop that train!". So you are the wolf who wants to stop the train?

I have always been on the side of those who fight for their dignity and morality. It's not about the morality that politicians or the Vatican dictate to us. For me, it's a metaphysical concept, something that can save people from self-destruction. I've believed it all my life. But now, in my opinion, it is becoming, unfortunately, less and less important...

With your creativity you fight the colonization of the consciousness of the mass of spectators. How effective is this fight? And who, do you think, will win?

Modern cinema has changed a lot, now it's made for TV. In Europe, this is called minimalism. And I'm old-fashioned and still doing magical realism. That's who I'll stay. And I want to believe that there will be time and place for everything in cinema. 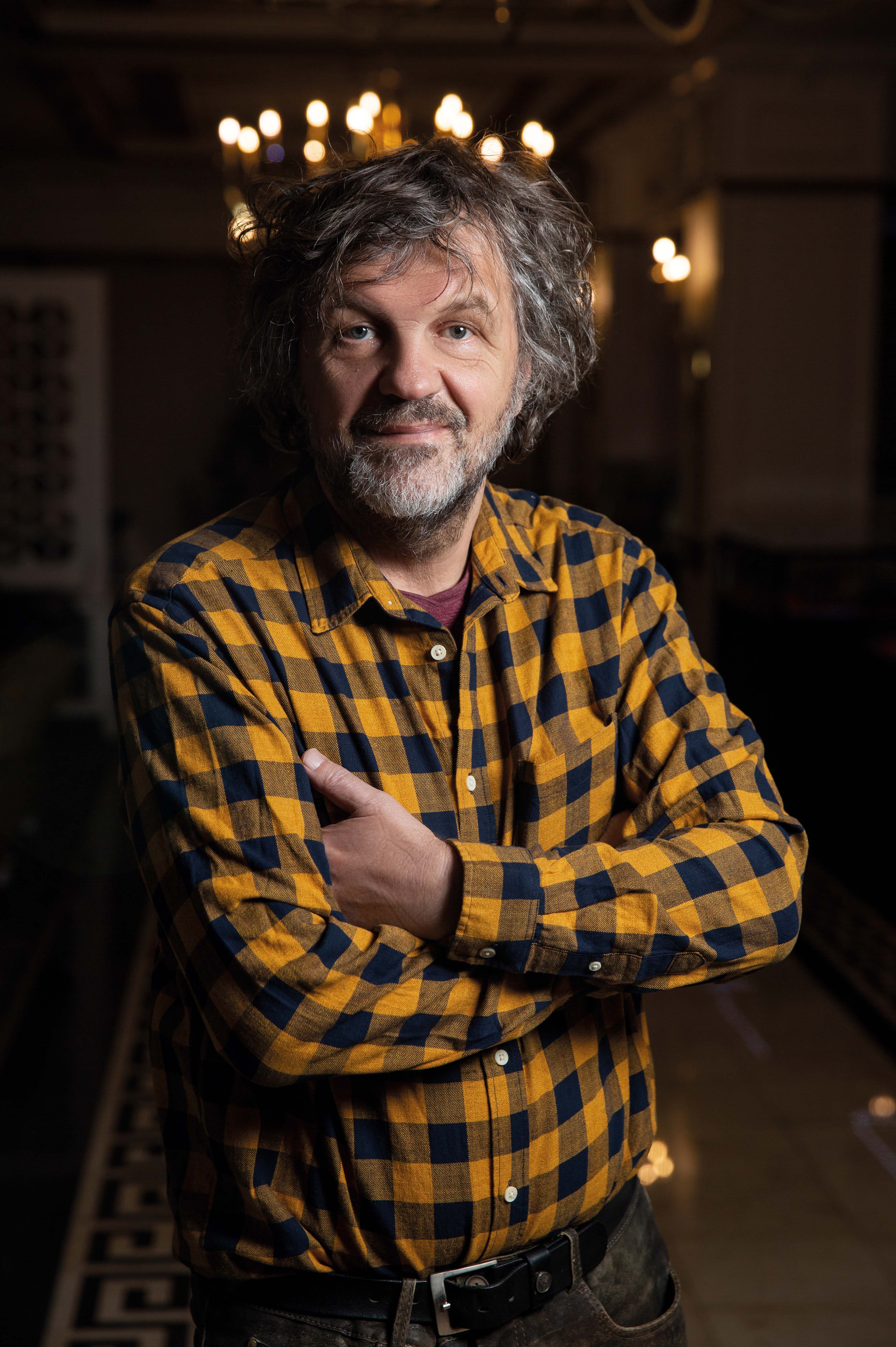 Back in the 80s you were proclaimed the director of 21st century, you are the fourth director in the history of the Cannes Film Festival, who received two palm branches. Don't you think that this in itself puts your further creativity above any system of evaluation?

For me, these awards were of major importance. But there's always something to strive for. You can’t say that this is a certain milestone in art and that what you have achieved is enough, otherwise the road loses its meaning. If to think now whether I want another Palm Branch... probably no. Last time I didn’t have time to submit documents when I finished shooting the film "On the milky road": it turns out, it was necessary to apply in a year, and the next year they didn't invite me. This festival has changed a lot now. I don't understand what happened to it, but today it's a festival not of the author, but of the selector. Those who are responsible for selection behave like football trainers, and I see no point of participating in such competitions. 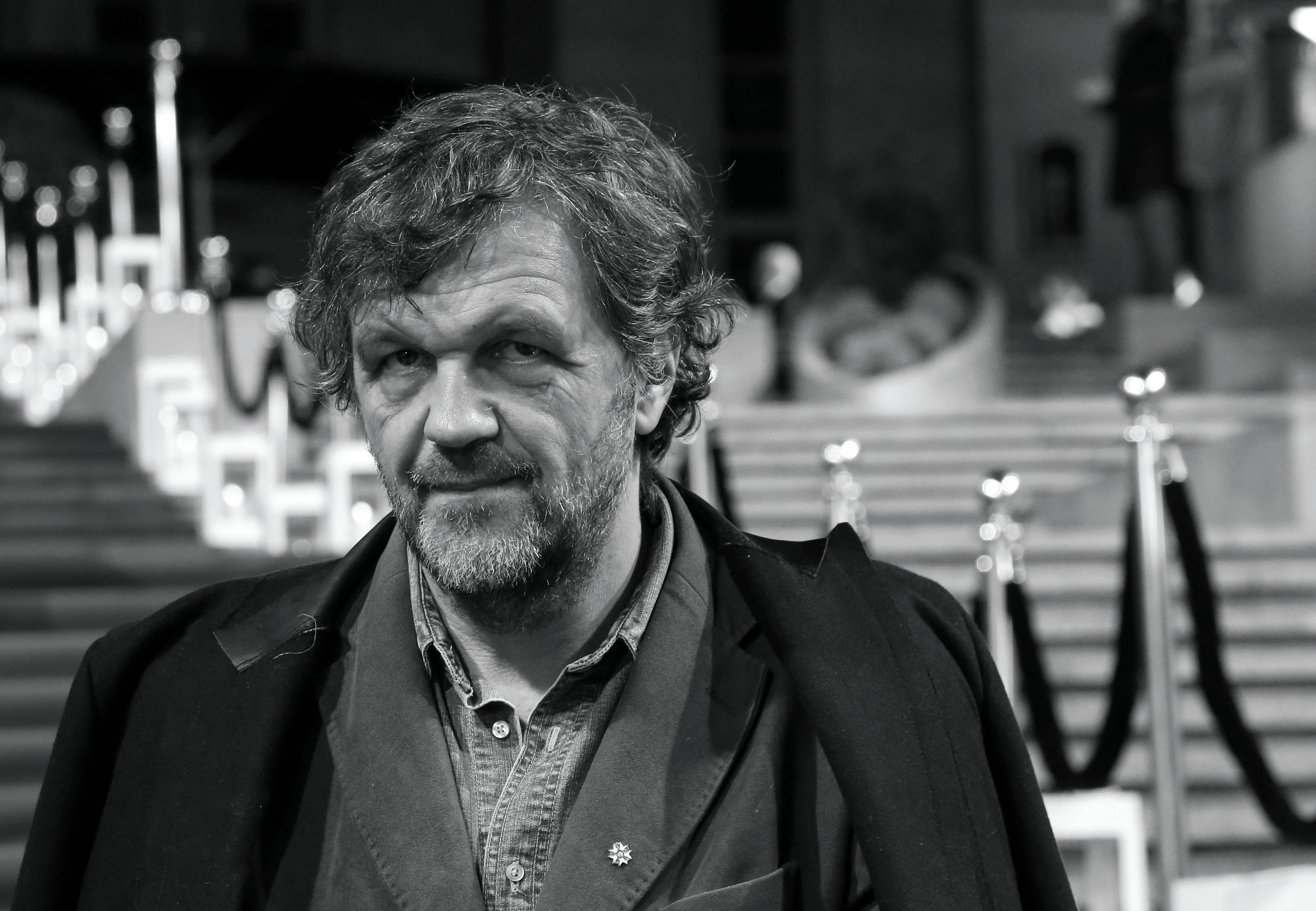 You once said: "I want to give people utopia". Your Küstendorf is an attempt to realize this utopia, perhaps the only successful attempt in the history of mankind. But even there rules "sweet dictatorship", as you put it yourself. Does this mean that in this world, like it or not, you can do nothing without dictatorship?

We were building Küstendorf with thoughts that it will become a city of culture, science, festivals... There was no idea of dictatorship here, more of promoting the postulates that matter to me. It's just a town, it's small and kind of brings back to old times, to the cradle of Christianity. That's why it's the size of a monastery. 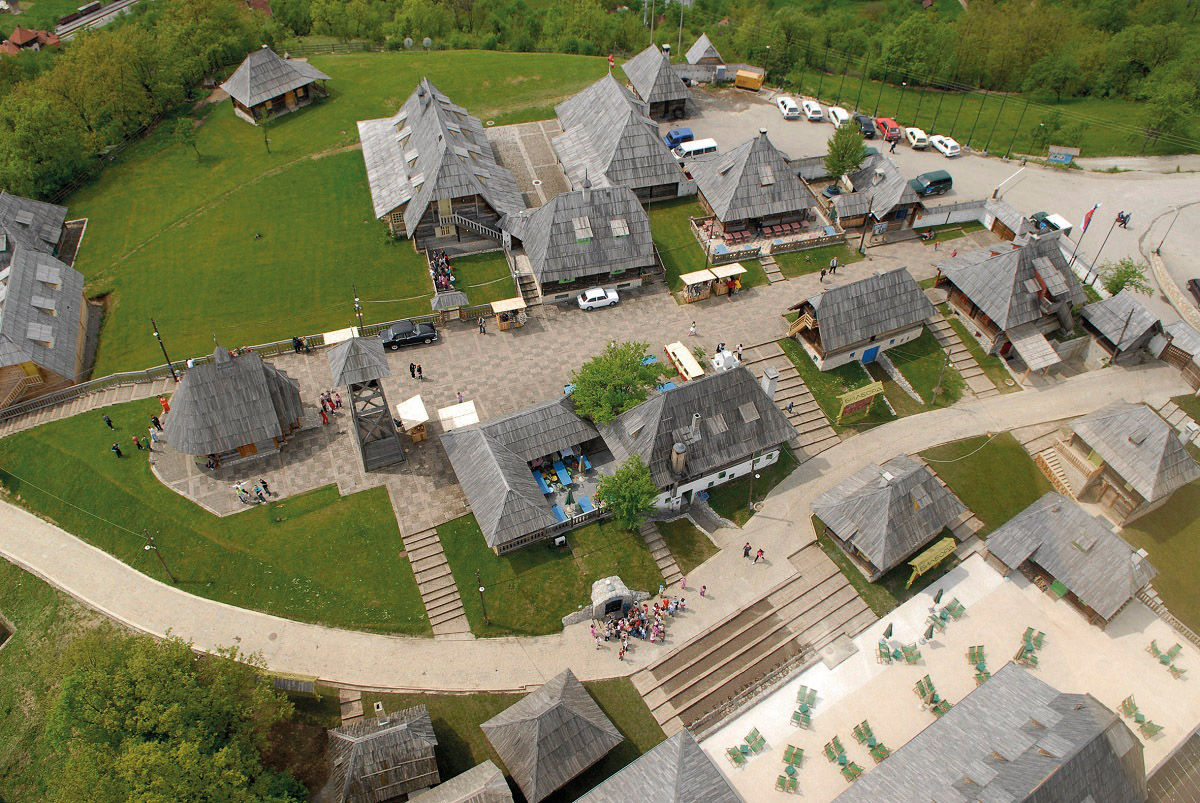 How do you regard globalization process? Should we resist it? What is your attitude to multiculturalism?

I'm against globalization. I think people need to be protected from it. Perhaps it's one to blame for the instability in the modern world. Free governments are under attack exactly because of their free politics. Global culture is killing us, it's turned into propaganda. The propaganda is becoming the language of cinema, and at such a time I want to preserve my culture. The sense of ethnicity is necessary not only for philosophical worldview, but first of all for psychological stability.

For the fourth time you hold the festival of classical music "Big". Why exactly classical music, and not, for example, a rock festival, because it would be more suitable with your image of "rebel with guitar"?

It is a festival of Russian music, because I believe that Russian composers left behind great music and a huge contribution to world art in general. Russia and Serbia have been talking about their brotherly love for a long time. King Nicholas entered the First World War because of Serbia, but now is peacetime and these ideas are not particularly realized. And the festival helps to carry them out. It is thanks to Russian music that you can better understand the spirit of the Russian people, the huge spectrum of their culture.

You once said that civilization cannot develop further without strong ideas. But in what area do you need to look for these strong ideas? Maybe you already have them?

I think ideas can be drawn from history. A lot gets repeated, so it is always useful to address global topics that concern eternal issues. I am now planning to make a film about Genghis Khan, I wrote a script recently. It turned out as a personal diary of the great warrior. He is shown there not good, not bad, but real: with his emotional experiences, questions of eternal moral choice... I was also interested in the topic of the civil war in Sudan, maybe I will make a film about it as well. Of course, it is far from our civilization, but the genocide that took place there should concern everyone. 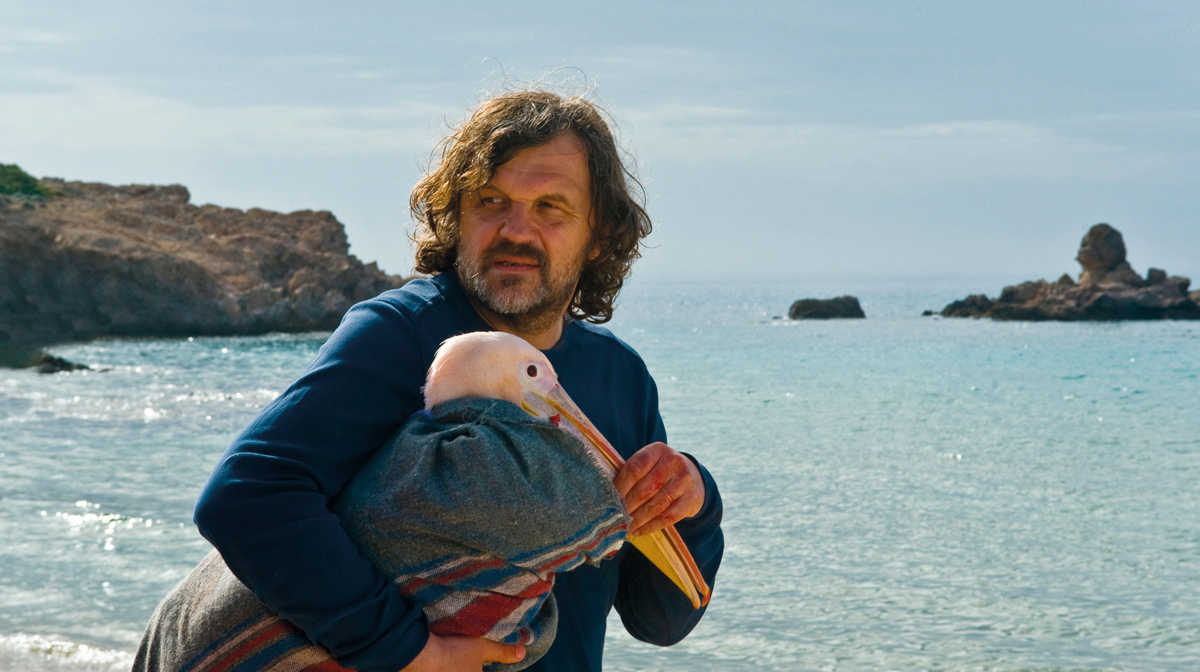 You once said you won’t come back to Sarajevo because they burned down your house. In my homeland, there are still a million refugees who have been unable to return to their homes in the occupied lands for 30 years. Thousands of refugees from Afghanistan and Syria, fleeing war and poverty, flock to Europe. Do you think they can all find a new home?

I was able to find such house – it's Küstendorf city , which I built myself on the border of Bosnia and Serbia. I feel good here. It is far from civilization, far from those who once brought us trouble. I hope these people can find their home one day, too. Sooner or later every person finds a place where he feels well, and which he can call home... 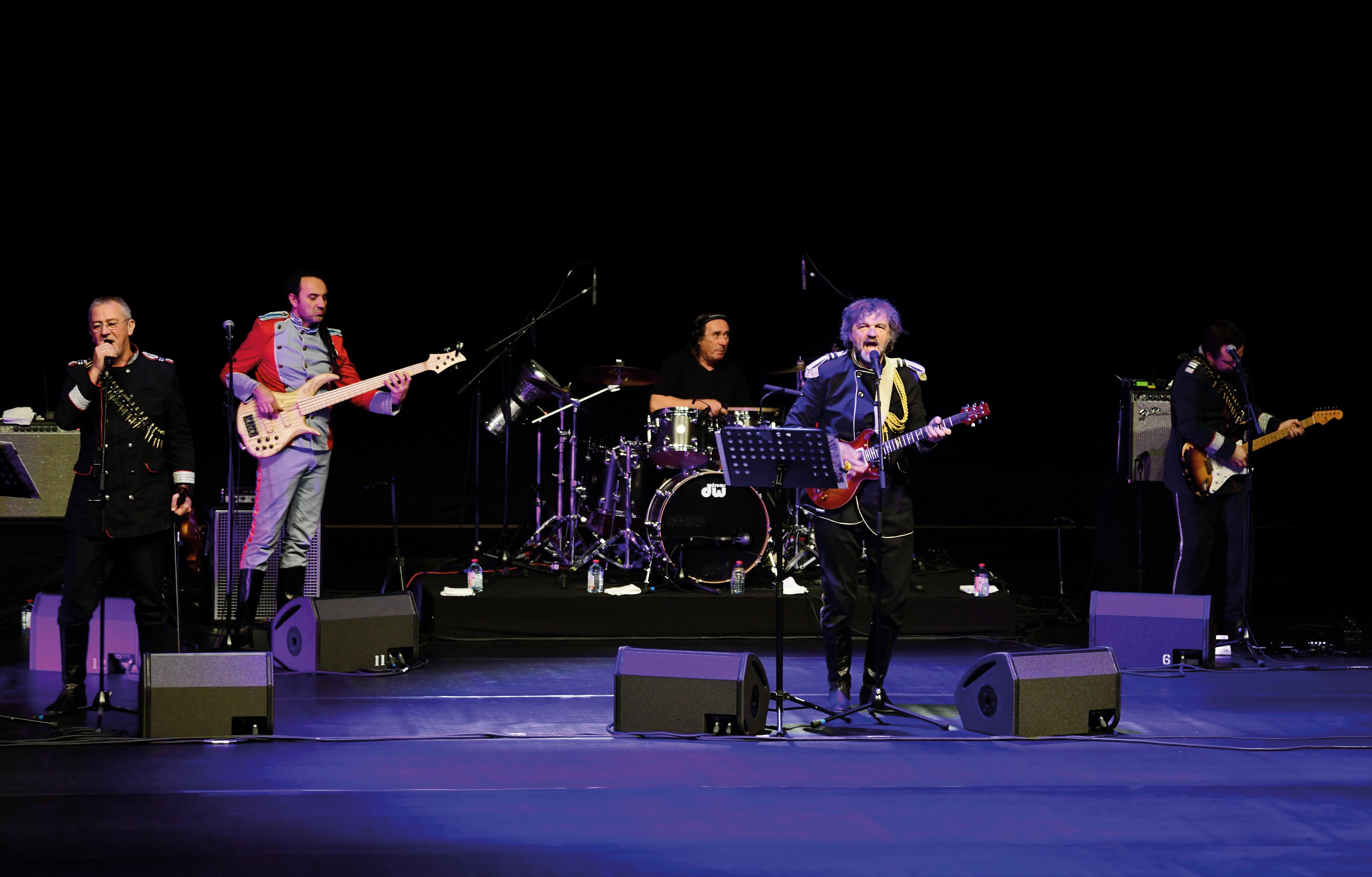 We have a cult of crowded weddings in Azerbaijan. And do they still play loud weddings in the Balkans, show the guests gifts for newlyweds? Do you think such traditions need to be preserved or is it a relic of the past?

Yes, in the Balkans we really celebrate weddings very magnificently, for a few days. I think it's a wonderful tradition, and I hope it continues. Because it's our story, our roots, and it's very important when they grow out through generations. Everything holds on to that.

You named the streets of your Küstendorf after important for you persons: Nikola Tesla, Ernesto Che Guevara, Diego Maradona, Federico Fellini, Ingmar Bergman, Ivo Andrić, Bruce Lee, Andrei Tarkovsky... And you even put up a monument to Johnny Depp. To whom else would you erect a monument? And in what city would you like to see a monument to yourself?

Yes, indeed, there is such a monument, and soon there will be another, there are many candidates! But I never thought of the monument to myself... It's you who got me thinking. I will tell you when I make up my mind. 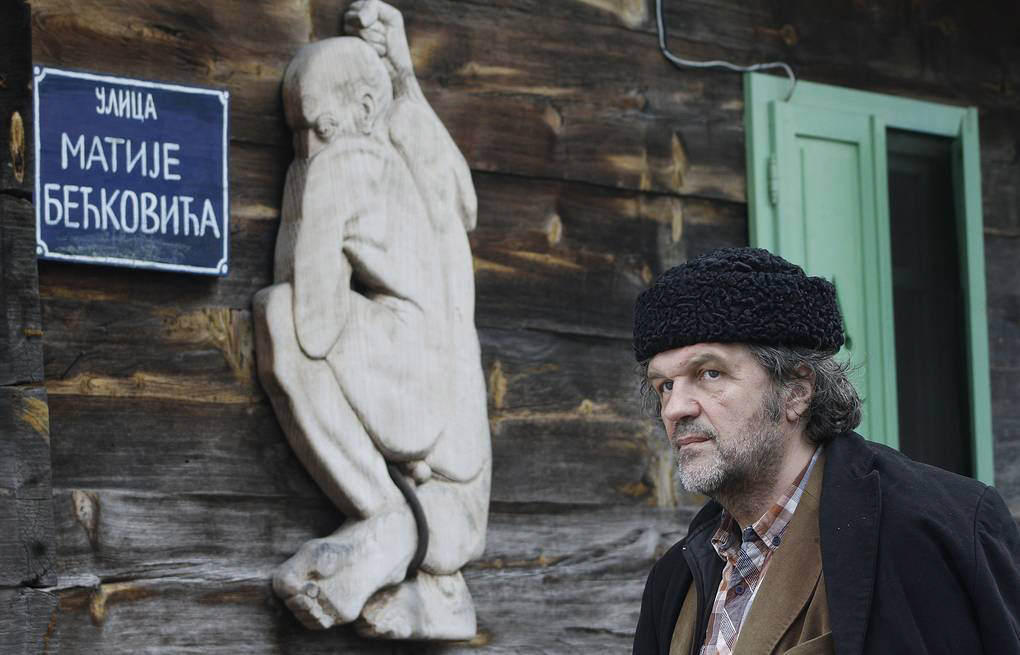 How would you like to be remembered in history: director, actor, musician, builder of utopia? Maybe just a Balkan rebel?

I'm interested in a lot: cinema, music... I generally think they're like brother and sister – related genres. I am also interested in literature – an intellectual curiosity, and I like to write myself. I like to build, create something for descendants. And in all these directions, I express my visions, my ideas, my principles – it's an integrated whole. I don't know what I'm going to do tomorrow, what I will want to do, but in none of these directions will I ever change myself. 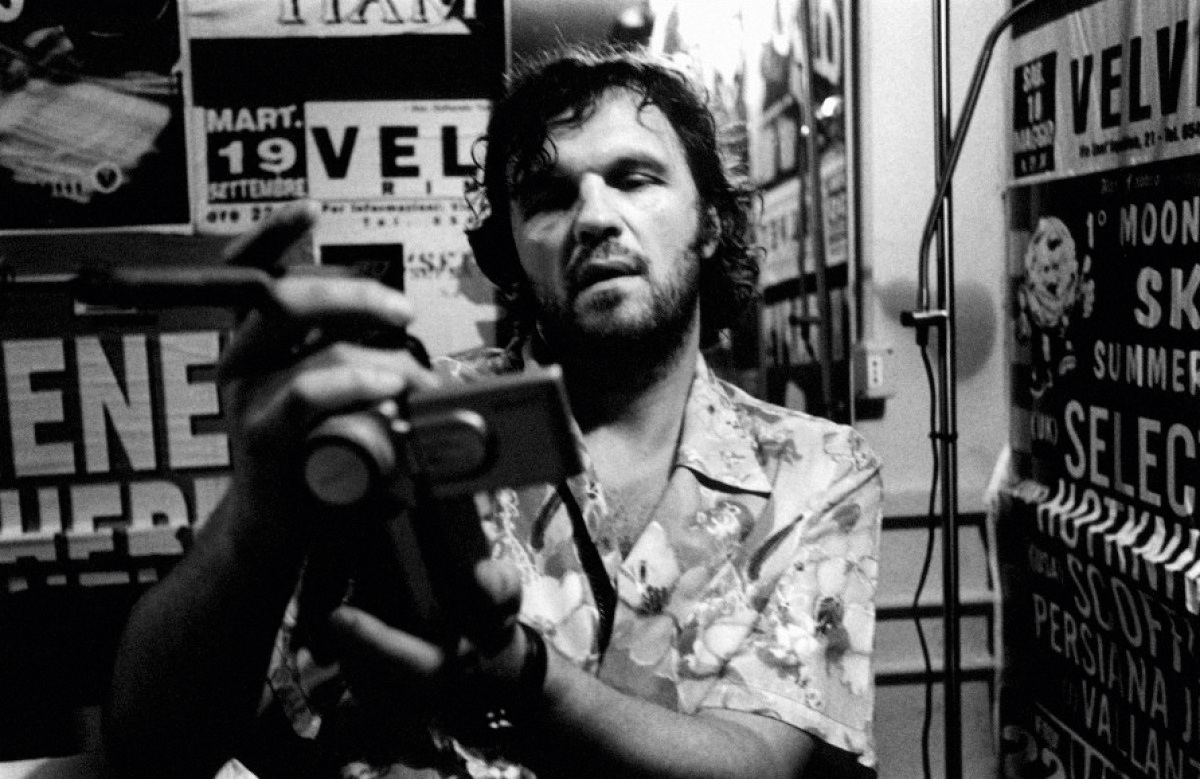 The NARGIS editorial board expresses deep gratitude to the production agency Premier Ltd. Art Management and personally its CEO Nazaket Kasimova for helping organize the interview and shooting.

The material was published in the 68th issue.