The Ambassador of Russian Style 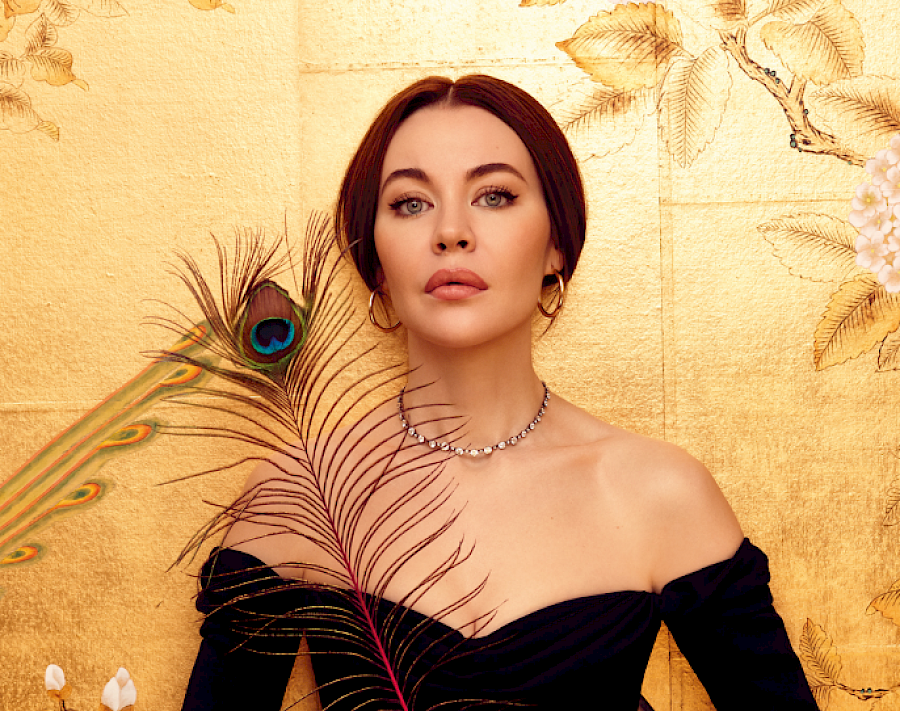 In the West the icon of Russian style, Ulyana Sergeenko, is called a representative of the new Russian aristocracy, in whose works you can see the important link with the so-called Russian pack, some "powerful women" who are known to the world of the fashion such as Miroslava Duma, Vika Gazinskaya, and Elena Perminova. Since 2011, when Ulyana created her first collection, the brand found by her, turned into a real embassy style a la russe, the quintessence of "russian-ness" for a western audience, and most importantly, in the symbol of high quality and remarkable skills. Ulyana tells us how she manages her working day that it serves as a source of inspiration and why her collections are so popular in the West. 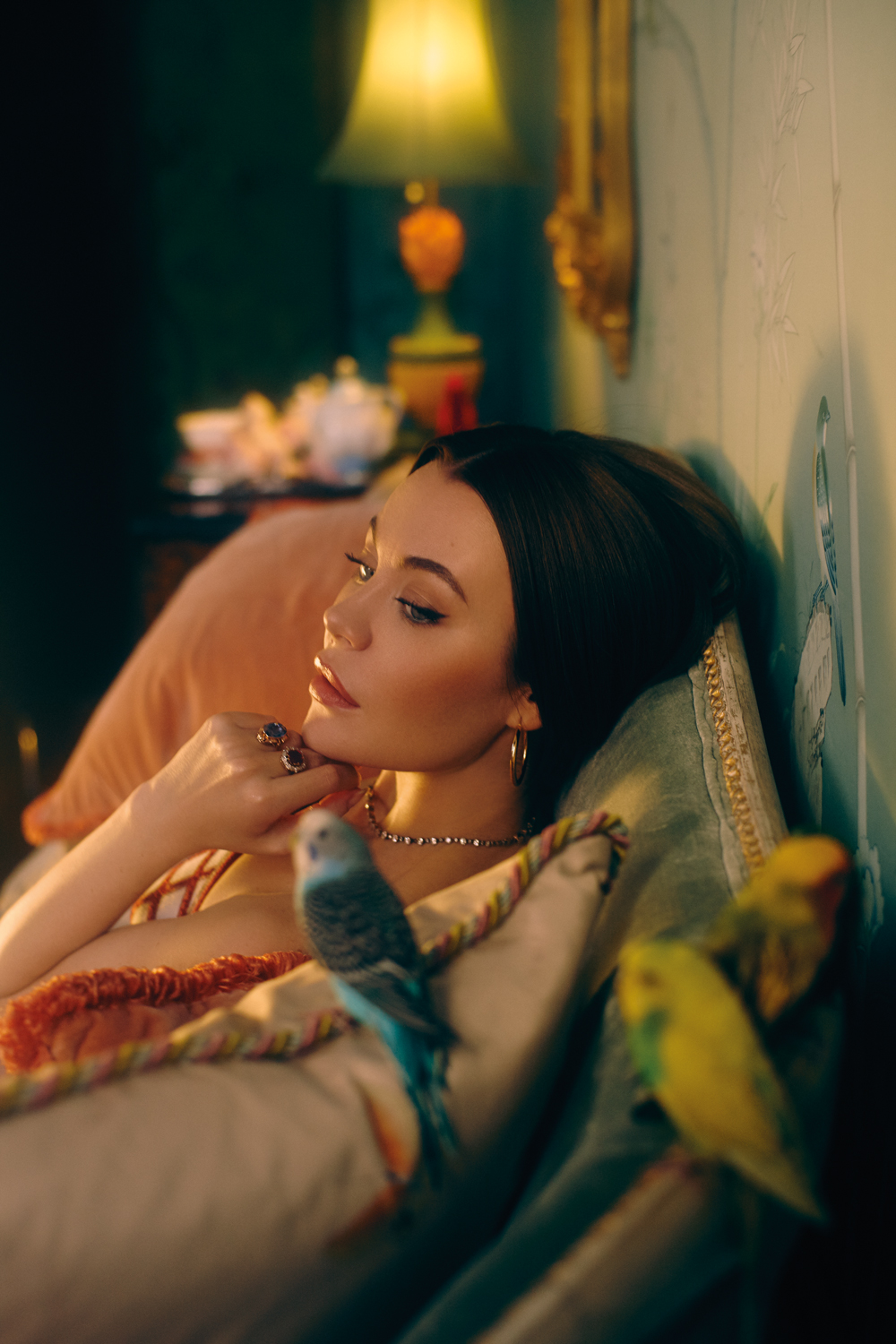 You started out as a fashion photographer. What prompted you to create your collection?
Recently, I watched a video from my school graduation, where the director, handing the certificate, literally prophesies to me the career of a designer. Apparently, from the very childhood, everything went to this. I often say that I was born in couture: my grandmother herself sewed clothes for me. During the Soviet era, it was difficult to get anything, not to mention some exclusive things, and each family got out of the situation as best they could. In school, at labour lessons, I got acquainted with a sewing machine and began to fantasise about outfits myself. And later, when appeared in public in Moscow or Paris, often heard: "Where did you get this thing from?". By the way, all these clothes were sewn by order, according to my sketches.

Can you describe the Russian style in three words?
Femininity, strength, and self-confidence.

Each element of the regular collection of Ulyana Sergeenko is an independent work of art or a practical part of the wardrobe?
If we talk about the couture line, then yes, everything is a work of art, the creation of which can take a lot of months. As practice shows, these things are entirely wearable in everyday life. Also, we have a demi-couture collection where we offer quality things outside the trends that can be worn for years. 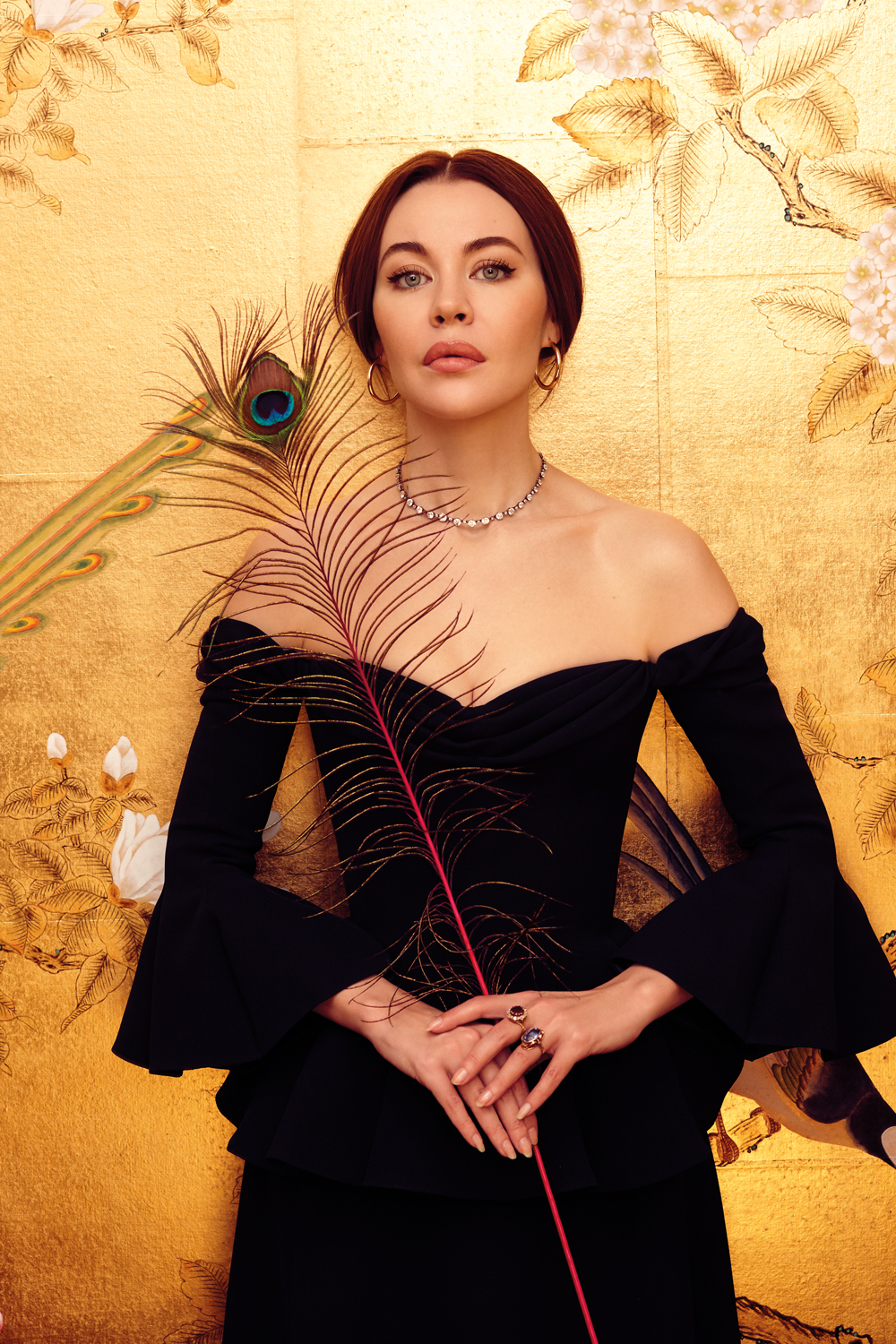 Do you carefully study each new model, or do you sometimes allow yourself to submit an idea, but otherwise trust the team?
Almost every team member works on everything. Everything starts with an idea, and the most exciting thing is to observe how this idea develops. The next step is sketching: at this stage, we follow the original concept, but more and more details appear. The most challenging part of the entire process is the design phase of the samples. We create prototypes, variants of embroideries, shapes, colours, fabrics - everything is being developed in our atelier in Moscow.
Meanwhile, the other part of the team is working on organising a show in Paris. Depending on the chosen topic, we begin to imagine how the venue should look, what kind of music should be played, discuss the references, and each introduces something of its own, its look, influencing the final look and mood of the collection. Finally, we begin to look for a suitable place, creating invitations, stamps, music, make-up, and munds for hairstyles - all that will complete the final look.

Do you consider tradition an inexhaustible source of inspiration, or are you considering the possibility of moving to other resources in the future?
History, art, the folklore of Russia - inexhaustible sources of inspiration! When I speak about Russia, I mean the history and culture of all 15 republics of the former Soviet Union. Of course, our country as a place of my birth and a constant stay has a significant influence on us. But we are not limited to the republics; we are open to the world.

Why do you think your dresses are so prevalent in the West?
Interest in our country, to its history in the world, has always existed. People were curious as to how life was built there, behind the iron curtain.
I try to raise the veil and discover the connection between Russian culture and the rest of the world, I show it in each collection in different ways.

What inspires you, besides the à la russe style?
As I said, the history and culture of our country are an endless inspiration. But there can be also included watching movies, reading books, and interesting conversations with friends, and getting to know new places … 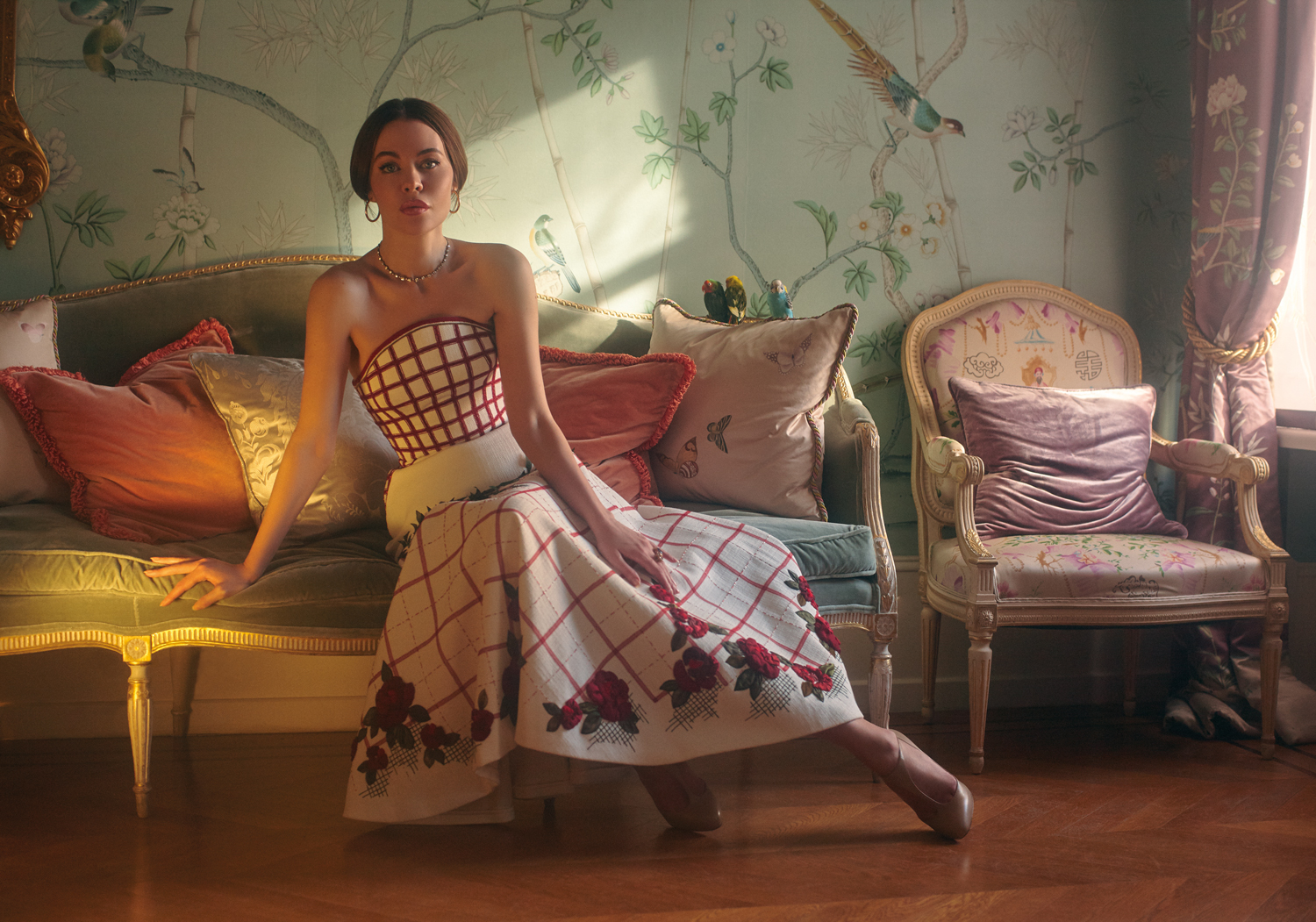 What is the most difficult in your profession?
Finding footage, creating a professional team.

Tell us about the most challenging moment or event in your career.
There were many of them. As a rule, after the falls a development leap follows. Therefore, I perceive any life difficulties as an invaluable experience that makes me better.

Was there such a morning in your life when you fell asleep as an ordinary girl and woke up famous all over the world? What was the turning point in your career?
Probably, we all have felt the feeling of euphoria from the real success after our first couture show in Paris. In the backstage, we all cried and hugged. Natalia Vodianova, the first person who submitted the idea to show the collection in Paris, said a touching speech ... Perhaps, it was then that we believed in our strength.

Describe your style in clothes. Is there someone whose style you admire?
Since my childhood, I admire the style of my grandmothers. When I look at old photos, I see that, despite the hard times, they always seemed very elegant: beautiful hairstyles, dresses in floral patterns, knitted cardigans and simple ornaments. I think they most influenced my style. I intuitively choose feminine images, but I feel most comfortable, of course, in our "orphan" dress. 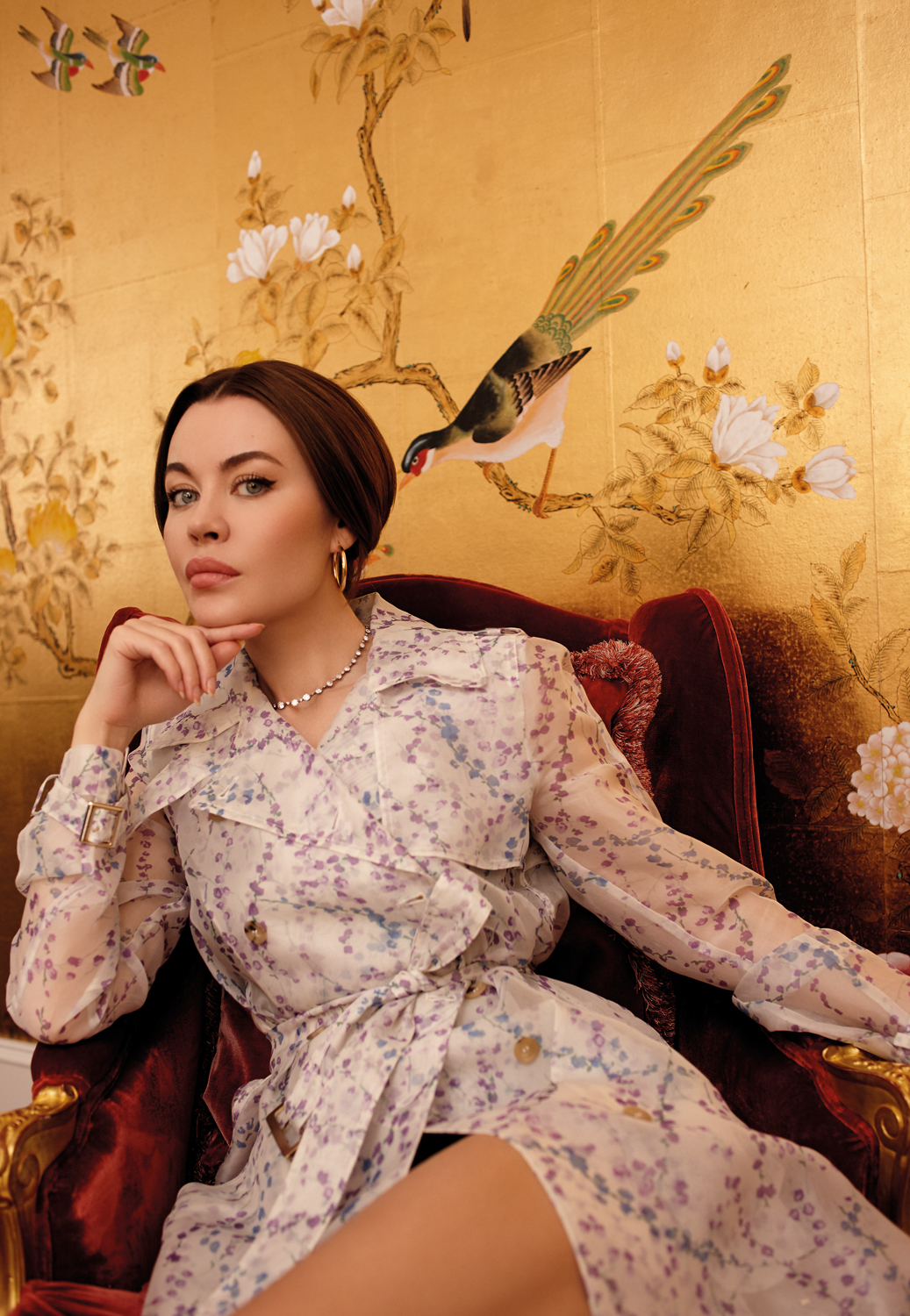 Is it hard for you to combine creativity and business?
Yes, but with experience, it becomes a little easier.

Tell us about the strongest and weakest features of your character.
Strong - I'm always full of ideas. Weak - I'm an introvert.

Describe your ideal day.
A quiet morning at home: books, movies, breakfast cheesecakes. The working day: the sparkling eyes of my team. An evening with my family and friends.

What will you advise starting designers? Where to start, what to fear and avoid, how to understand, is it worth playing a candle?
Listen to your intuition, continuously improve, and learn. 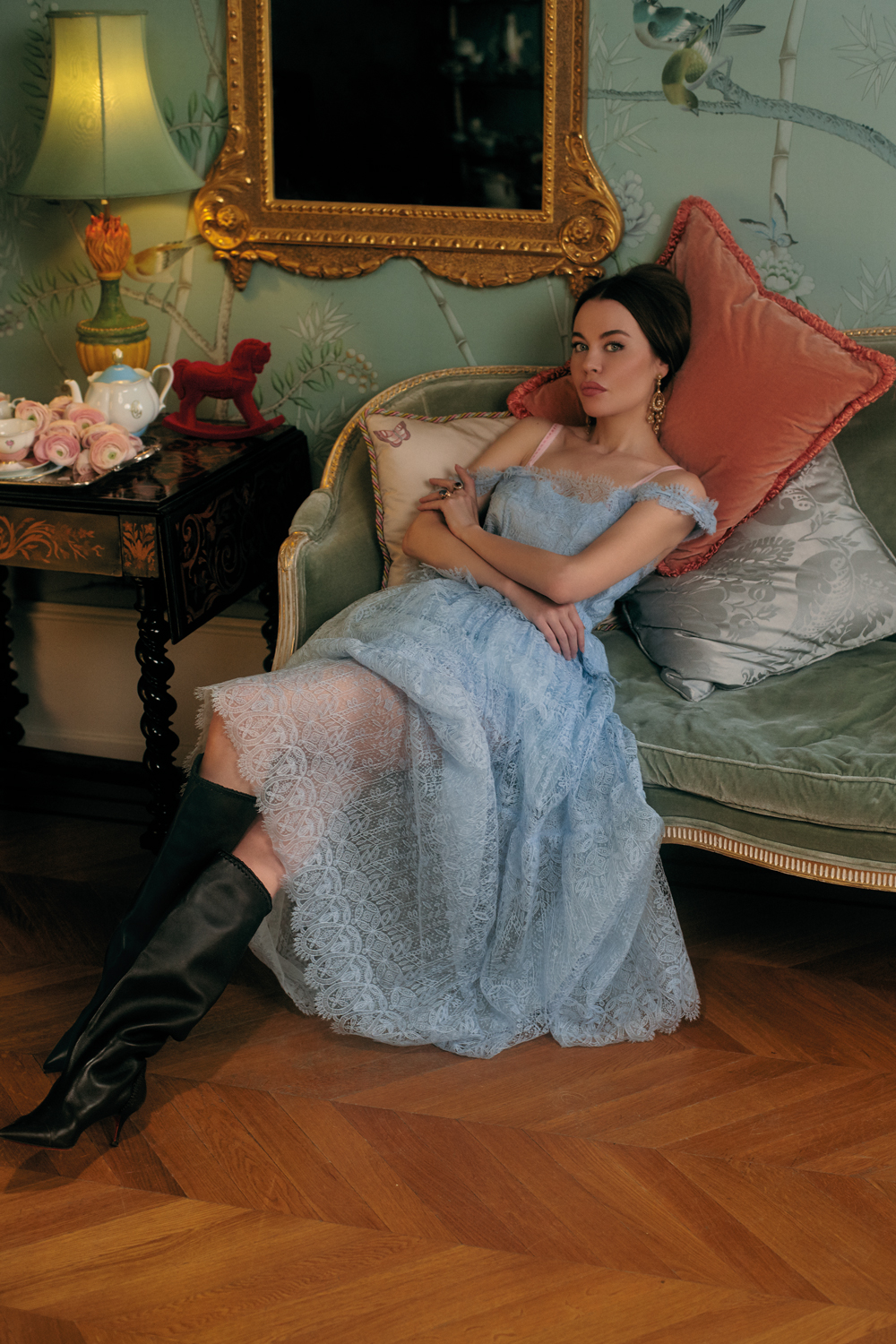 Family or career?
Both. But for me, my children are in the first place.

What was the opening for you in the fashion world?
What is behind every beautiful picture, dress, or even word there is a colossal work.

Have you ever been to Baku?
Yes, most recently.

Does Baku break stereotypes about it?
To be honest, I try not to think of stereotypes, not to hang labels. I get acquainted with new places with pleasure and high interest. Baku is a city of contrasts: here there reigns a unique combination of history, modernity, and the future, my favourite combination. I remember the fantastic kitchen and especially Azerbaijani tea with sweets.

Are you familiar with the work of local designers?
In my issue, I found several magazines, including Nargis. I was very pleased with what I saw in them.
Local designers can see a combination of Eastern and European culture, and entirely new silhouettes, without reference to any particular place, and classics. At the same time, everyone has his own, recognisable handwriting. 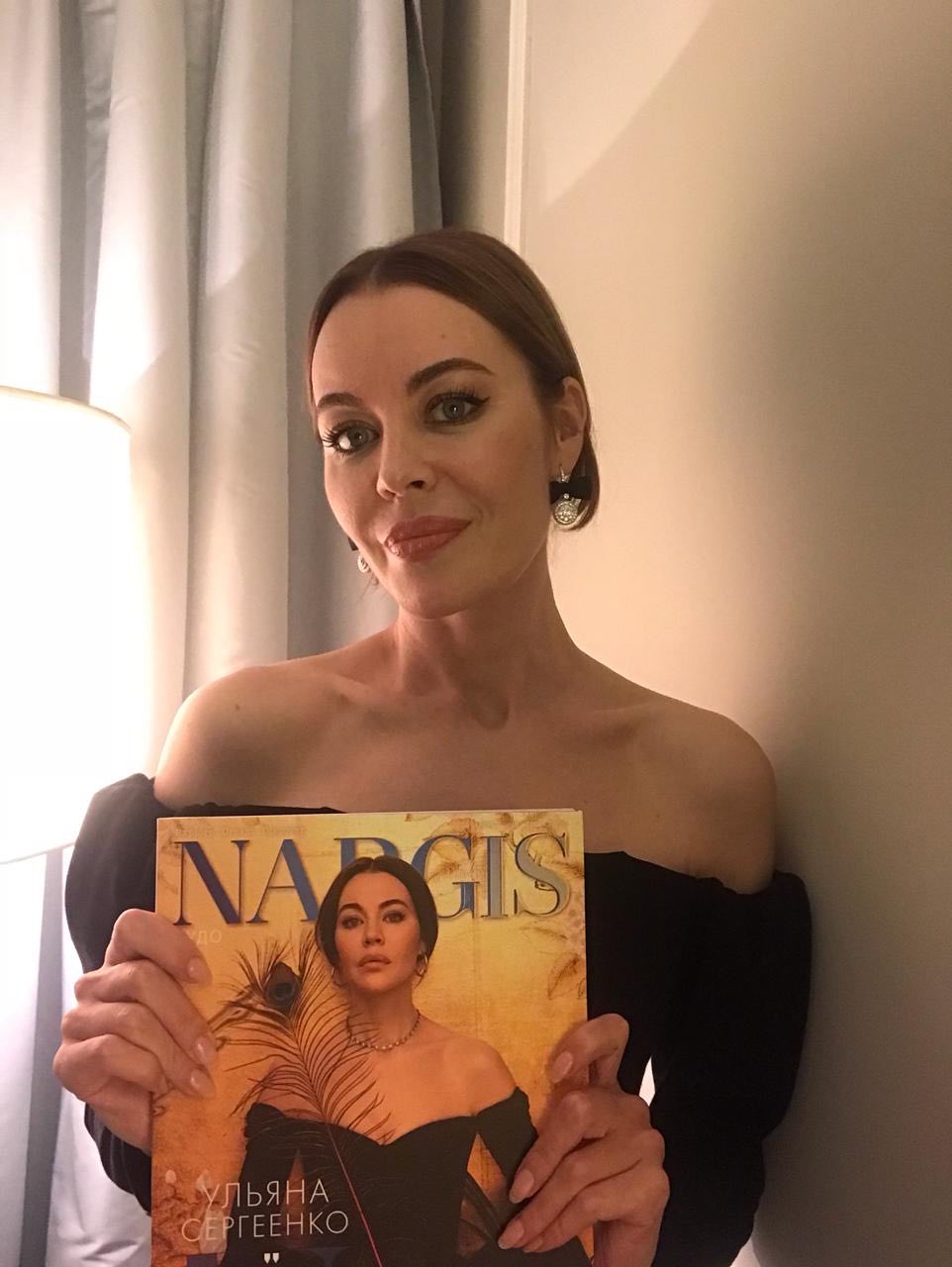