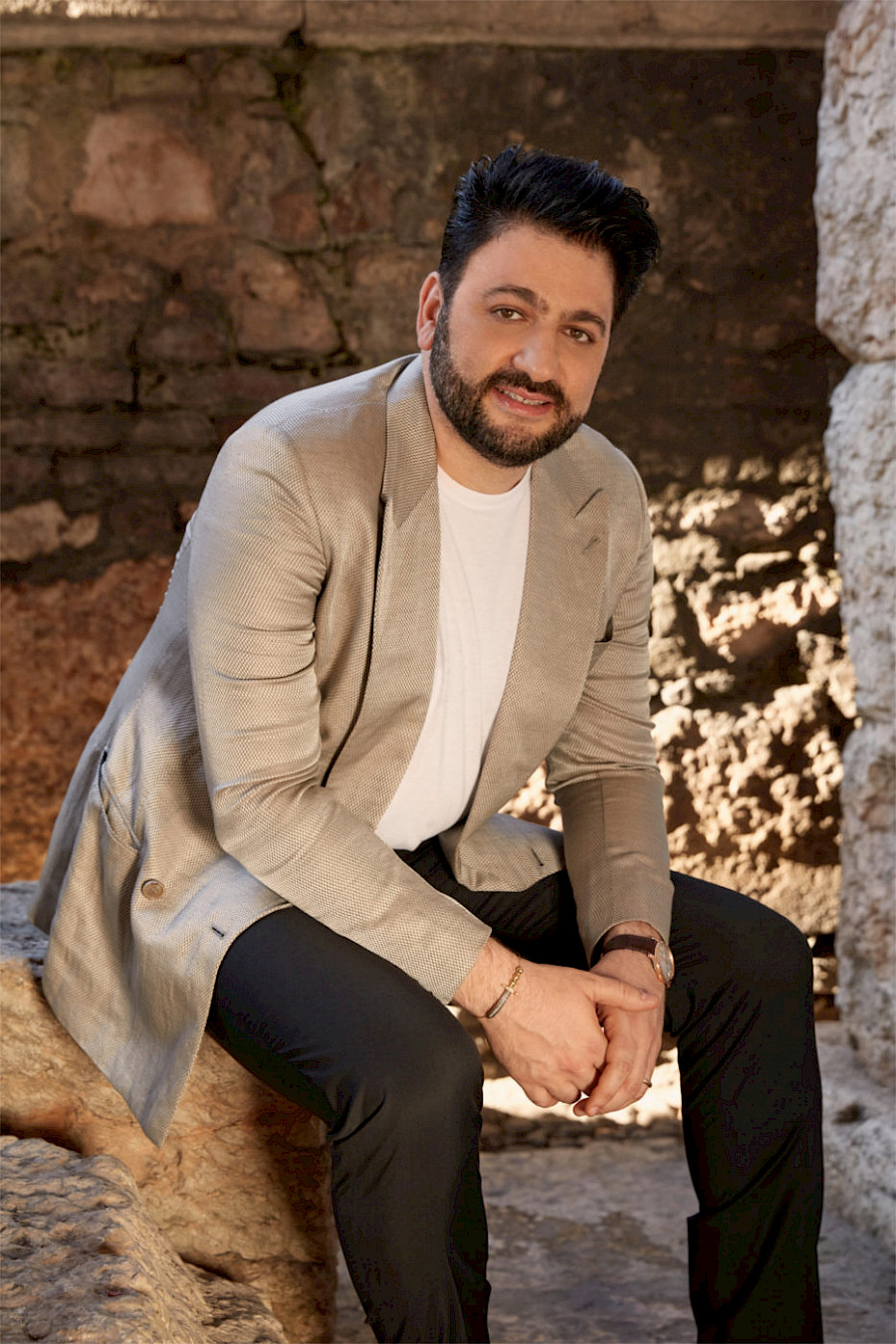 People's artist of Azerbaijan, a laureate of international competitions, Yusif Eyvazov is recognized and welcomed in the world's best theatres. From the Metropolitan opera in New York to the Covent Garden in London, from Milan’s La Scala and Moscow’s Bolshoi, to the Vienna opera. At the height of such an incredible career, Yusif Eyvazov is confident that being the best singer means lifelong learning and continuous self development. He shared with us his vision of art and life, as well as his views on war and peace.

They say that either we choose our profession, or the profession chooses us. What shaped your choice when you opted to become an artist?
It seems that there’s something transcendent, the Hand of Destiny, if you like. The profession of an artist is very subtle. You start learning singing at the age of 20, and no one, not a single teacher, conductor, or promoter will ever say: "In 5 years, you will be a star". As my experience shows, the singers who started studying with me and had amazing voices, in the end, could not build their careers as singers. And those who were seemingly less talented, by the way, I consider myself one of them, have achieved success and ended up on the world stage. For more than ten years I have been performing a rather sophisticated drama repertoire in the world's leading theatres, and I have signed contracts for the next seasons. I think, after all, our fate is determined by heaven, in a way unknown to us.

It is believed that the culture of a nation reflects its soul and character. What do you think about Italians based on their opera music?
Of course, national art reflects the beautiful features of the people. For example, mugham shows the infinite generosity of the Azerbaijani character. And Italian opera is the art of bel canto, which means "beautiful singing".
It embodies the Italian character's multiple astounding traits: temperament, love, passion. This is a multifaceted art. Centuries pass, but this music is still young and in demand. This is its greatest strength and value.

Since the dawn of time, it has been believed that art is always outside of politics. It is an international cultural phenomenon, solely intended to unite different countries and peoples. However, unfortunately, the musical scene occasionally becomes an arena for provocations and intrigues. In this regard, how would you comment on the Armenians' recent attempt to disrupt your duet with one of the greatest opera singers of our time, Placido Domingo, on the stage of the Bolshoi Theatre in Moscow?
I would say that it is not the musical scene that sometimes becomes the arena for provocations and intrigues, but the people who perform on this stage are attacked. The bigger your name is, the more actively and furiously the provocateurs are trying to tarnish your reputation, that is, to artificially create a scandal, as it happened in this case. The gala concert with Placido Domingo on the stage of the Bolshoi Theatre in Moscow was underway for a long time. Placido Domingo personally invited the best singers in the world and prepared the concert program. By that time, the war in Nagorno- Karabakh was in full swing, and I could not remain silent as I am Azerbaijani, and I am proud of my country.
When the terrorist attacks took place in Ganja and Barda, when the Armenian armed forces, on the orders of the criminal government of Armenia, attacked the civilians of Azerbaijan, I could not remain silent, just like my fellow citizens who shared the truth with the world through social media. You know, "right is might." 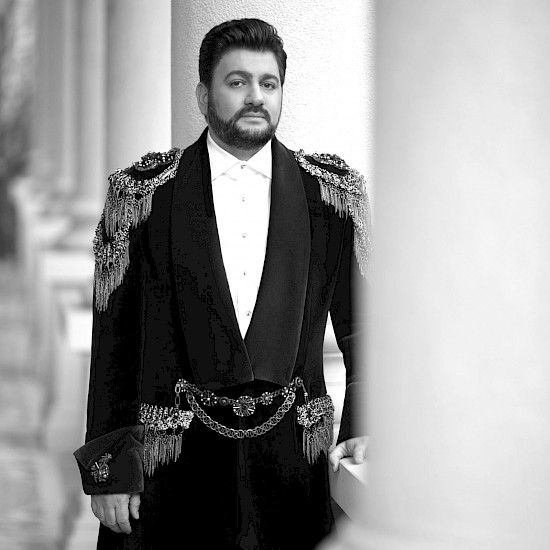 In this case, some people decided to take advantage of the situation. I even know these provocateurs' names; those who sent letters to the Metropolitan Opera and Covent Garden, and elsewhere, and even to Placido himself. Believe me, Placido ignored this and never even talked about this with me. They were trying to create a petition out of this, but we all understand that these provocations had absolutely no foundation, as the truth is on my side. I share the truth with over 70,000 people of different nationalities that follow me through my account. Needless to say, these posts were saturated with patriotism and love for the homeland, but there was nothing aggressive
in them, even towards the perpetrators of the Ganja and Barda tragedies. There was condemnation, a harsh reproach, and an absolutely clear expression of my position: that this is unacceptable, because civilians, peaceful people who lived outside the conflict zone never deserved that. My words were directed not against the Armenian people, but the criminal government of Armenia, I could not remain silent about this. Their provocation had failed, and any possible attempts in the future will fail too, because I am an accomplished artist with a clear civil position that I openly express. I do not call anyone to war and have always said that we are in favor of a peaceful solution to the Karabakh conflict.
Our President, Ilham Aliyev, and our other officials said the same. We favor a peaceful solution. The fact that we have patiently waited for a "peaceful settlement" for 30 years, while we were simply cheated, has again proved that our people are peaceful and not aggressive. But it is simply incomprehensible to see what the enemy did during the war and what they are doing now: leaving for us only acts of barbarism and vandalism as they exit Karabakh after our victory. It is ok, we will rebuild everything, including new schools and houses. People will return home, and we will never forget these times, I am absolutely sure of that.

You perform both classical works and contemporary pieces. What kind of music and songs do you like to listen to at your leisure? Do you listen to Azerbaijani performers?
I listen to classical works only when I have to learn something new. There is already too much classical music in my life to listen to it at my leisure. I always play very light melodic songs in my car: Azerbaijani, Russian, foreign pop music. I definitely don't listen to opera in the car.

How are you going to promote Azerbaijan in the future?
I will say this: many of my fellow compatriots perform on the world’s biggest stages. TheyareElchinAzizov,People'sArtistof Azerbaijan, my friend Dinara Aliyeva, People'sArtistofAzerbaijan,AzerRzazade, Maharram Huseynov, and Fuad Ibrahimov, who is a fantastic conductor, with whom we have had and will have a lot of joint projects together. I believe that our presence on the international stage in Moscow, London, New York, Japan, and Australia is already promotingAzerbaijan,whichinitselfmeans a lot. We, artists, cannot walk the streets with flags, but we go out on stage, and the program says "Yusif Eyvazov, Elchin Azizov – People's Artists of Azerbaijan", and this is also a way of "carrying our flag.”

You have reached great heights in opera. What are your future plans?
'Reached great heights’ is, perhaps, too strong of a statement. I have achieved something, and I am insanely happy and grateful to fate. My future plans are to keep improving. People continuously expect something more from me. When you go
on stage, you cannot perform any weaker than the last time. It is important for me to consider this and work on myself, in order to prepare new pieces, to grow, to develop, and to live.

What is happiness for you? Do you consider yourself a happy person?
I think happiness is a broad concept that is also relative. It cannot be described in two words. A person cannot be absolutely happy, he or she will always lack something, but today I feel happy because I have a wonderful family and an excellent job. Today, at 43, I already understand that I missed some things and will not get them back because of my age and because the time is running out. This does not prevent me from being happy, as I’m perfectly aware that it is impossible to have absolutely everything!

Say a few words about Karabakh for our international readers.
I am thrilled that our country, our President, and our people ended this conflict with our heads held high, and our flag raised high. We based our actions on generally recognized international principles, so our cause was just. Of course, nobody wished for war. War leads to victims, and this is appalling. The heart of every Azerbaijani is now overwhelmed with happiness from the fact that, in the end, after many years, justice has triumphed, and everything has fallen into its place. Karabakh returned to Azerbaijan, there is a lot of work to be done now, both at the diplomatic and infrastructural levels. It is crucial to restore the territories, that is, to put everything in order, so naturally, there is a lot to be done. We can say with great confidence that this year has been inscribed in our people's history in gold letters, and yes, Karabakh is Azerbaijan! 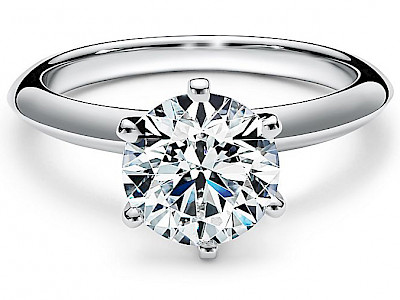 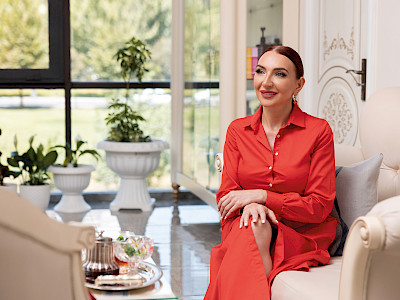