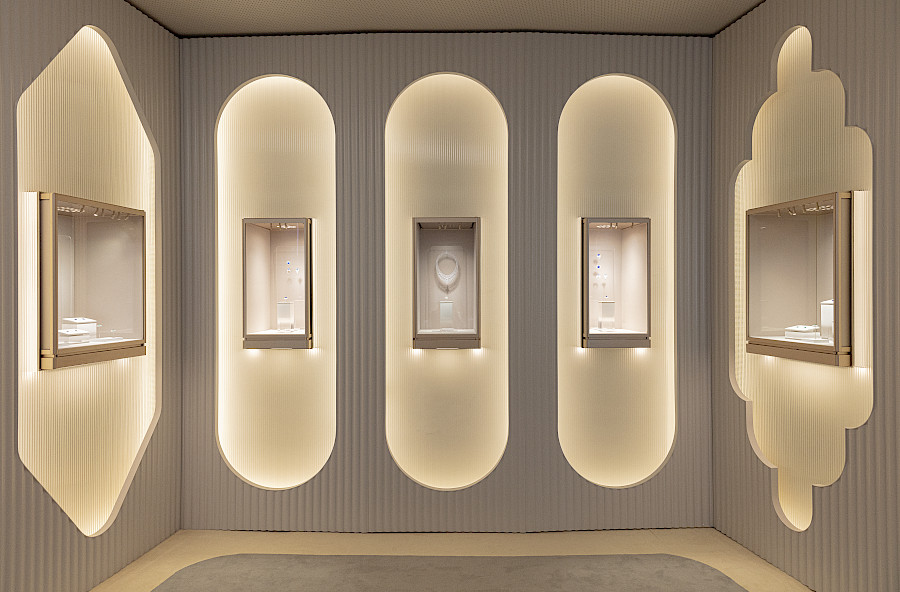 In the heart of Madrid, Cartier is celebrating the launch of its latest High Jewellery collection, Beautés du Monde.

The Maison is linked to Spain through a long history of friendship and loyalty. It began in 1904, when King Alfonso XIII awarded Cartier with a royal warrant as an official supplier. The Maison's archives contain a photograph dating back to 1920 of a tiara made for the queen Victoria Eugenia, worn today by the queen Letizia. A mystery clock acquired in 1927 by a member of the Spanish court is now part of the Cartier Collection.

Since then, Cartier has shone throughout Spain. In 1977 a “Les Must de Cartier” point of sale was opened on Calle Serrano, and it was on this same street that another boutique opened in 1990; before moving to a more spacious area in the heart of this luxury shopping district in 2003. The El Arte de Cartier exhibition was presented in 2012 at the Museo Thyssen-Bornemisza with over 400 pieces from the Cartier Collection. In 2021, the Maison inaugurated its Pavilion of Design at the Casa de Vacas centre in Madrid's El Retiro park: a pop-up dedicated to design that was open to the public for three weeks. Meanwhile, a Cartier boutique was opened in Galeria Canalejas, Madrid’s new location for luxury and gastronomy.

The Beautés du Monde High Jewellery collection attests to the Maison’s wonder at the diversity of beauty. It shows that Cartier knows how to admire beauty in order to better enhance it through a vision that is translated by the design, the tension of lines, geometry or abstraction.

Looking at the beauty of the world, preserving it and above all enriching it: this is a passion that has never ceased to imbue the Maison's philosophy. The latest Beautés du Monde High Jewellery collection contributes to this, serving as a testament to Cartier's wonder at the diversity of beauty and the extent to which Cartier is able to admire beauty, to then embellish it with a vision that translates into design, the tension of lines, the geometry or abstraction: a coral reef snakes along a flamboyant necklace; the skin of an iguana turns into a geometric matrix; a Chinese puzzle reveals a kaleidoscopic ring.

From 13th June in Madrid, Cartier reveals this new collection, in a setting that lives up to its shining light. An exhibition reveals the roughly 100 pieces of the first chapter of the Beautés du Monde collection, as well as a selection of pieces from High Jewellery, Cartier Tradition and Haute Horlogerie. For the mise en scène, Cartier has chosen the Embassy, a radical piece of architecture in the Brutalist vein from two architects, English WS Bryant and Madrid native Luis Blanco-Soler. A reference of modernism, this round construction was inspired by the form of arenas. Its interior courtyard features a fountain, and its façade windows resemble burladeros, which traditionally offered protection to a matador from the bull. Completed in 1966, the building was unoccupied until 2009. Committed to the preservation of heritage, the Maison undertook the entire renovation of the building, which is opening its doors at last for this event.

Cartier entrusted the scenography of the event to the Madrid artist and design Jaime Hayon. In this succession built around a well of light, colour is omnipresent, the design pure, which rounded arches that break up the space. A singular experience that invites exploration, and the discovery of the Beautés du Monde collection.

Observing the beauty of the world in all its forms, in order to better share it – this was the theme of an exceptional reception held on June 14th to celebrate Cartier’s new High Jewellery collection, Beautés du Monde.

For the evening, the prestigious Palacio de Liria was transformed into a sumptuous backdrop. This place of art and history, dating from the 18th century, is the residence of the XIX Duke of Alba, one of Spain’s most preeminent families and it added its rich history and splendour to the various interpretations of beauty created for this new collection.

Following a visit of the property, the guests attended the Haute Couture show of the Maison Alvarno, created by the designers Arnaud Maillard and Alvaro Castejon.

The dinner, opened by Cyrille Vigneron, President and CEO of Cartier, was created by Spanish chef Jesús Sánchez, who holds three Michelin stars. This was followed by a performance from choreographer Blanca Li, and a concert by Black Eyed Peas that continued into the early hours.