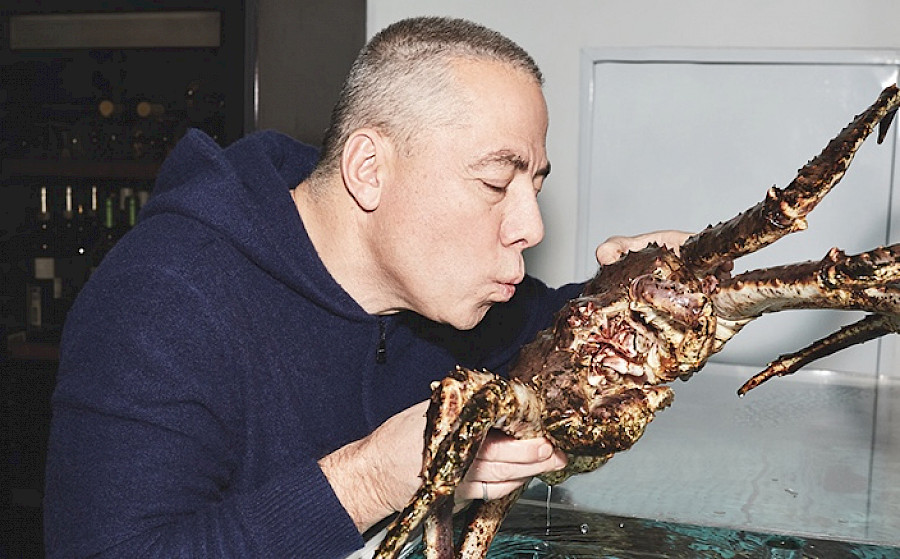 For a quarter of a century of his career, restaurateur Arkady Novikov has successfully implemented more than fifty projects: Vogue Café, Gallery, Tatler Club, GQ Bar, Shore House, Vanilla, Luce in St. Petersburg, original network projects in the democratic segment “Little Japan”, “Prime Star”, “Sushi Vesl” and others. His professional career began, as he himself says, “from the stove”: a culinary school, a job as a cook, and then a chef... Arkady Novikov was at the forefront of the modern Russian restaurant business, and today, in addition to restaurants, NOVIKOV Group includes the eponymous charitable foundation, Studio Flowers 55, a luxury catering company, a greenhouse complex, the Novikov TV channel, the wine club Taste Wine. Even on an aeroplane, you can order a meal from a restaurant paying by AeroMenu miles, and all this is NOVIKOV. 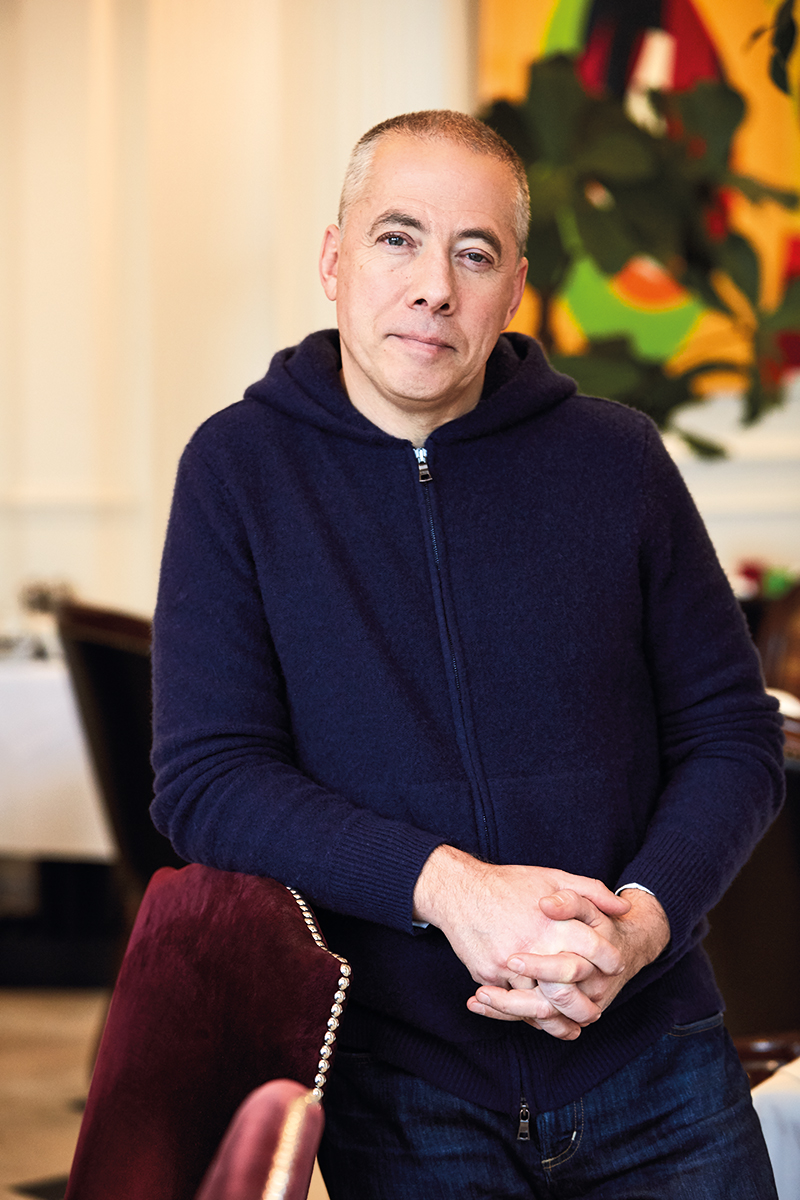 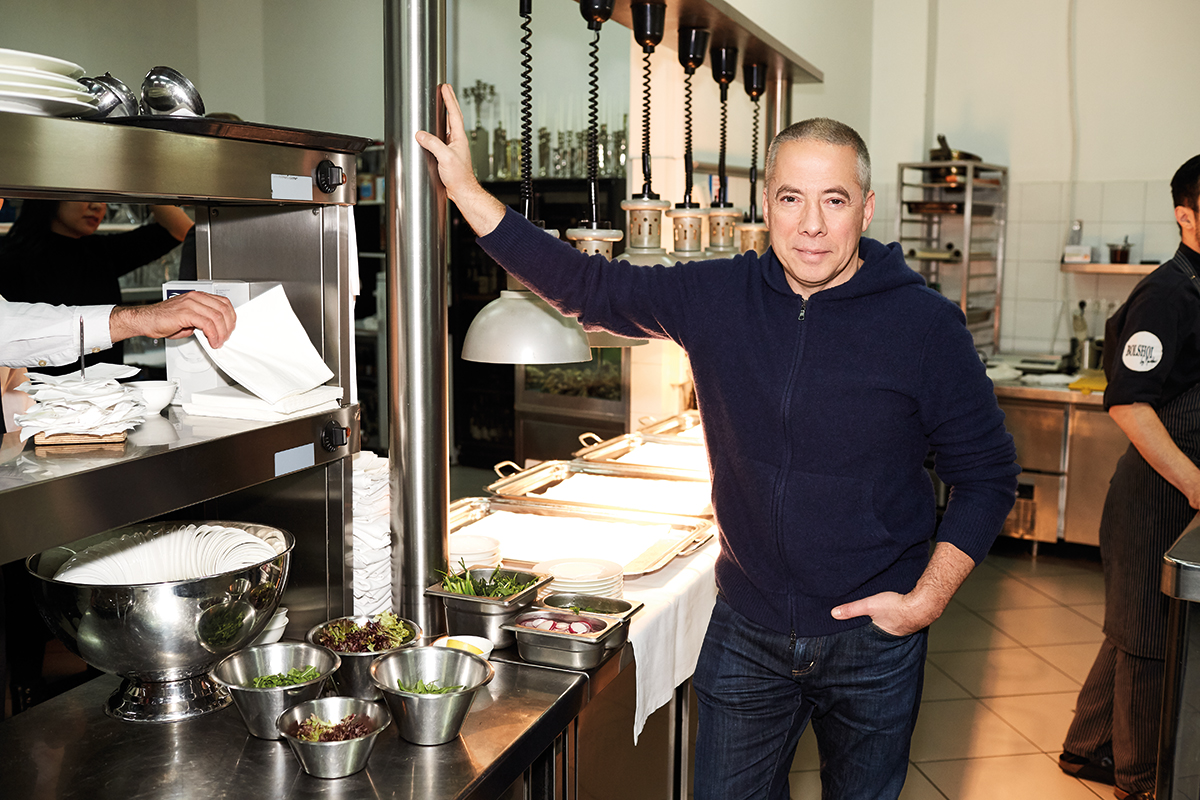 Arkady Anatolevich, you are an official ambassador of WorldSkills, professional skills world championship, which will be held in Kazan in August this year. The goal of the championship is to popularize working professions among young people. And what are the functions of the ambassador?

The whole point, probably, is that my example is indicative – everyone should understand that applying maximum efforts, in any profession, one can achieve both financial success and recognition.

You somehow posted photos on Instagram with your children - all in aprons. Did they work in your restaurant?

Yes, I asked them to have a look at me, see how the restaurant works, and on vacation, they worked for about a week. This, of course, is not enough to master a profession, but most importantly, they realized that everything is not so simple. You see, I wanted to show them that the outer shell of the restaurant is not the main thing. The main thing is the kitchen, the heart of the restaurant, the warehouses, the organization of work... Fixing everything seems to be easy, but this is hard work!

Commercial high schools tirelessly stamp lawyers, accountants, managers, while representatives of working professions are chronically short. Why did the children of the 90s and the millennials suddenly feel ashamed to work, say, as waiters?

If we talk about waiters, in Russia there is no waiter profession as such: here the waiters are mostly temporary workers, young people. In the West, for many, it is a profession for life, and we often have an intermediate stage.

Why is the service in the post-Soviet space inferior to the Western?

It depends on what we compare. Let's do this: the level of restaurants here, in Russia, is still middle class and below. For this level, I think the service is quite acceptable. And there are not so many high-class restaurants, such as Michelin’s, even in Moscow. I don’t know what kind of service is in Baku, but when I came here, everything was quite good, everyone tried. 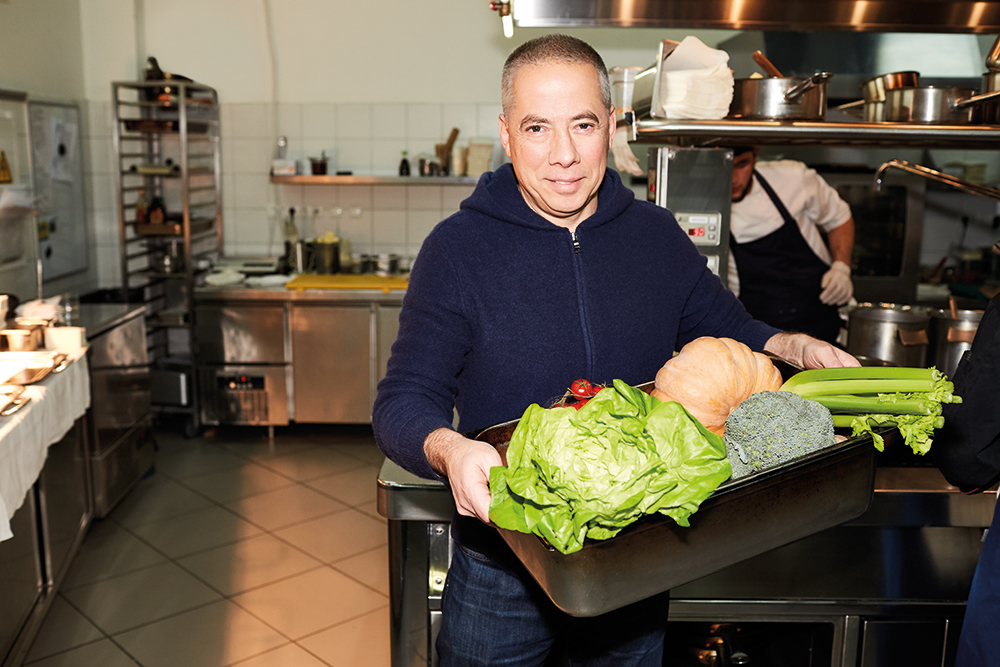 Young people often find it difficult to choose a profession, they grab everything and want to be in time. But you, for example, all your life are faithful to one business...

Well, I just found myself – I like what I do! And the young should look for themselves, while there is an opportunity. Why do you have to do one or the other? Someone likes to cook food, someone to sew shoes, and someone – to earn on the stock exchange. Everyone must find a job that suits him.

The pace has increased: from the start to the success now it can take much less time than before...

It depends on your criteria for this very success. On the one hand, making money is great and right. But achieving a specific goal by honing your skills is another. There are lots of interesting professions!

It is often said that perseverance, skill and love for their work always lead to financial success…

Not always, unfortunately. There are those who work hard but do not always receive deserved dividends.

According to your words, you should personally visit each restaurant of the chain, try the food... How do you manage to supervise so many facilities at once, without leaving them unattended and dispensing with secretaries and assistants?

Yes, I try to give every restaurant attention to the maximum. Of course, new projects are in the first place: they, as children, must first be brought to their feet, and then simply controlled. Sometimes you have to burst! And now, as soon as I finish the conversation with you, I will immediately go on doing my business. And after some time designers, partners will be waiting for me…

Do you think a woman can own a chain of restaurants?

Why not? Women are often stronger in all respects than men. 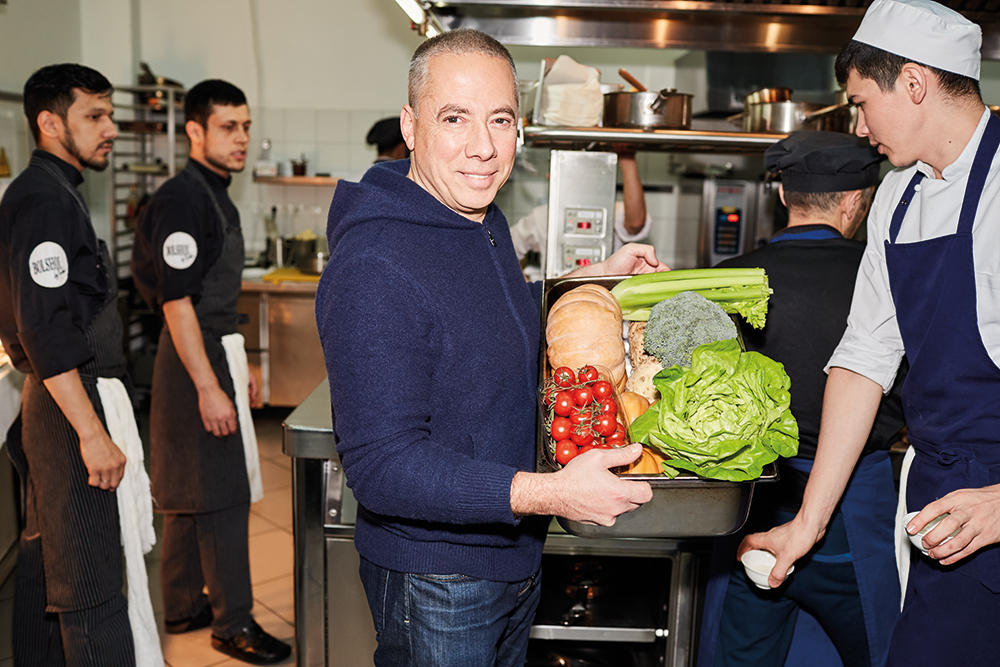 Due to what qualities?

Subtleties, delicacy, sensitivity – women are more sensitive, but it doesn’t stop them from being tough enough, strict, business-like... When I hire a manager, I don’t think about whether it is a woman or a man, and I look only at business qualities.

When the idea of a new project arises, what is in the foreground – design, convenient location, audience, kitchen?

All together. If you have an idea to open a new restaurant, first of all, look for a room. Then I wonder how to come up with something interesting. Naturally, it is necessary to take into account the location, the proximity of the subway, the availability of vehicles, parking, etc. And in Moscow, everything is constantly changing. For example, we had a restaurant next to the parking lot, but now it is no longer there. So, we must somehow adjust, because people have to get to it. And if there is no metro or parking space nearby – what then?

What would you recommend a novice in the restaurant business to start from?

I would advise first to properly study. Of course, you can discover something at random, and this may work: there is such a thing as luck. But to eliminate the possibility of failure, you need to know well what the restaurant business is, how the restaurant works, what are the professions in the restaurant business and what are the pitfalls. Mind, understanding of the process, flair, knowledge – a set of qualities necessary for a restaurateur. One understanding of the process here is not enough, we also need at least organizational skills, because you first need to assemble a workable team.

In 1992, you opened the first fish restaurant in Moscow – Sirena. Do you think it was easier for you then, trying yourself in a new business, or for those who are following the track that you have trodden?

It used to be easier – less competition. And then, in Russia, the economy has always developed in ascending order, people have more and more money. Now people are already more articulate in choosing a place where they can relax. 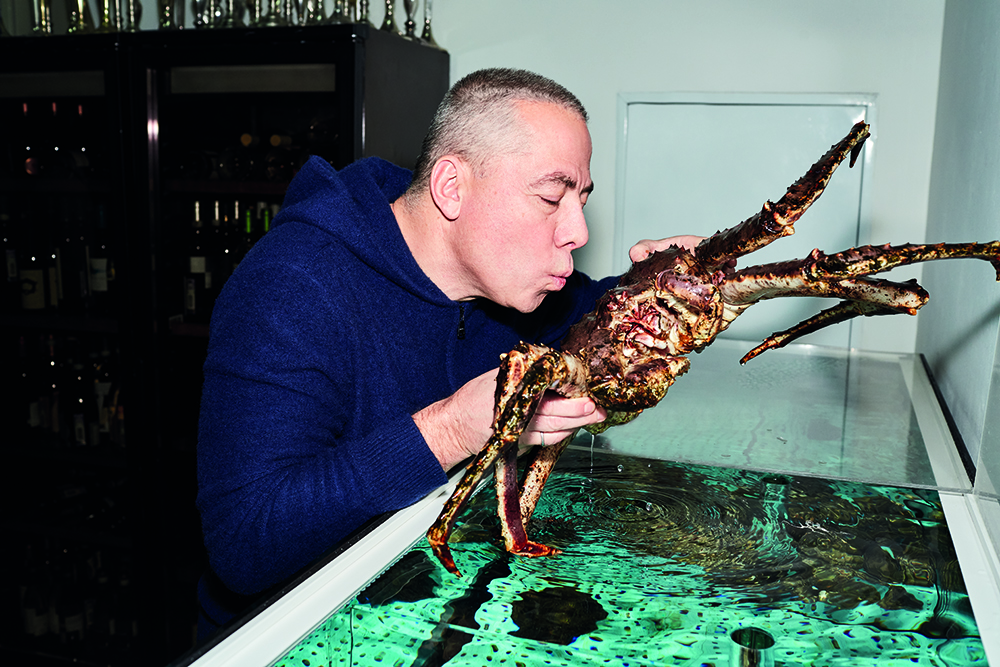 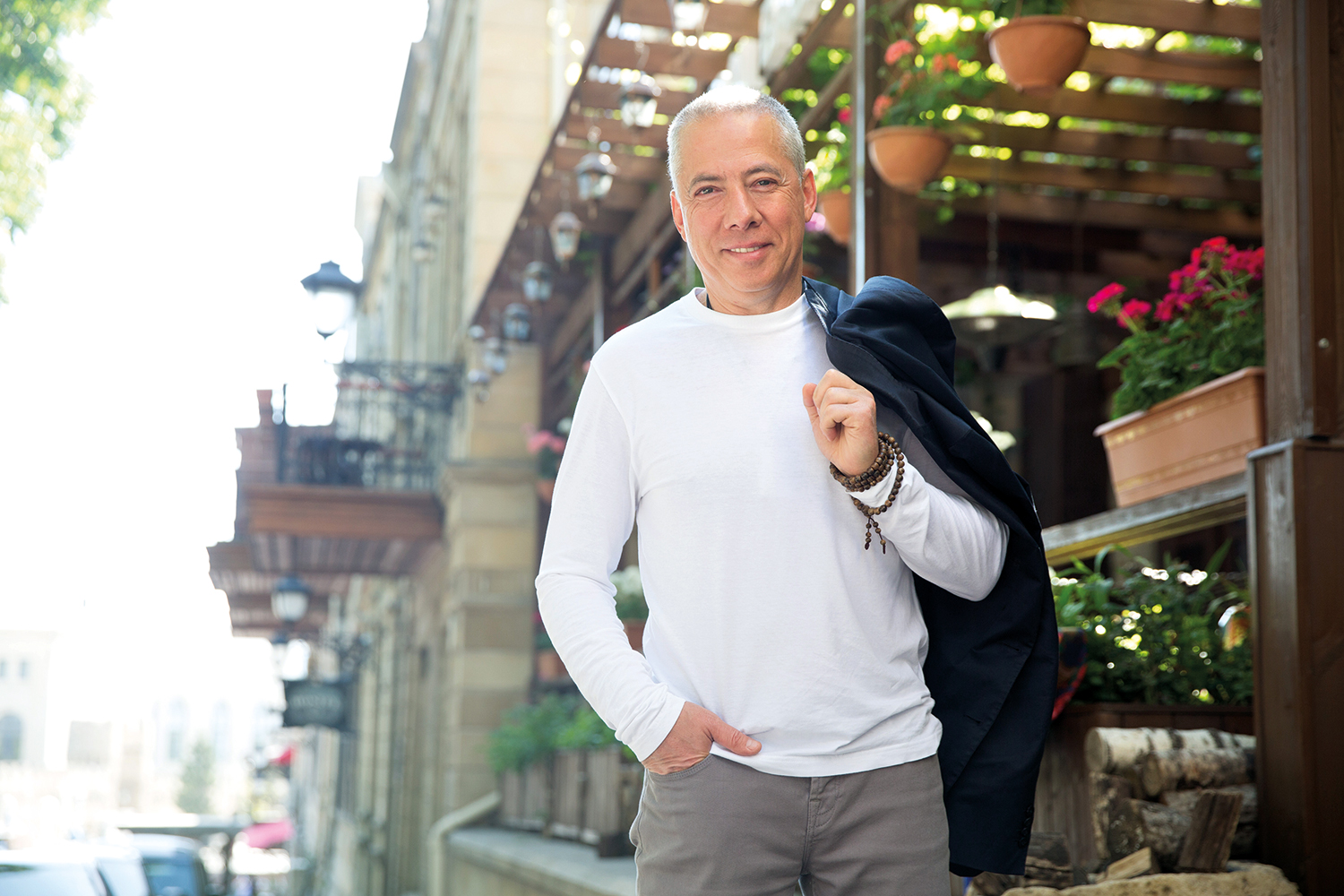 It seems to me that one thing is a consequence of the other: if you are a competent leader, then you have a competent team. And if your team is illiterate, it means that you are a so-so leader.

Your daughter Alexandra has an excellent blog about healthy eating How to Green. Do you help her with advice?

She sort of copes without advice. Then, you know, the children think they know more than we do. Sometimes it seems to me that it is easier if someone else advises, not parents: “There is no prophet in his own country”. I think my daughter is doing great! The main thing is that she likes it, she has been blogging for several years, and she hasn’t bothered yet. To be honest, at first, I was a little sceptical about her occupation – I thought, she would play and quit! But no, I see – she takes her work very seriously, understands what she is doing, and many praise her. Another plus is that she cooks at home. That's when I sometimes help, suggest.

Somehow you said in an interview that there was a time when you did not know how to rest. Did you learn?

At first, I literally forced myself to rest, because I understood that it was impossible to spend time only on work. Gradually I taught myself to think that “there is time for work and time for fun”, and realized that in life, as in a good dish, everything should be in the right proportion: you need to have time for everything – work, rest, and devote time to the family, and read and develop...

The interview was published in the 56th issue.