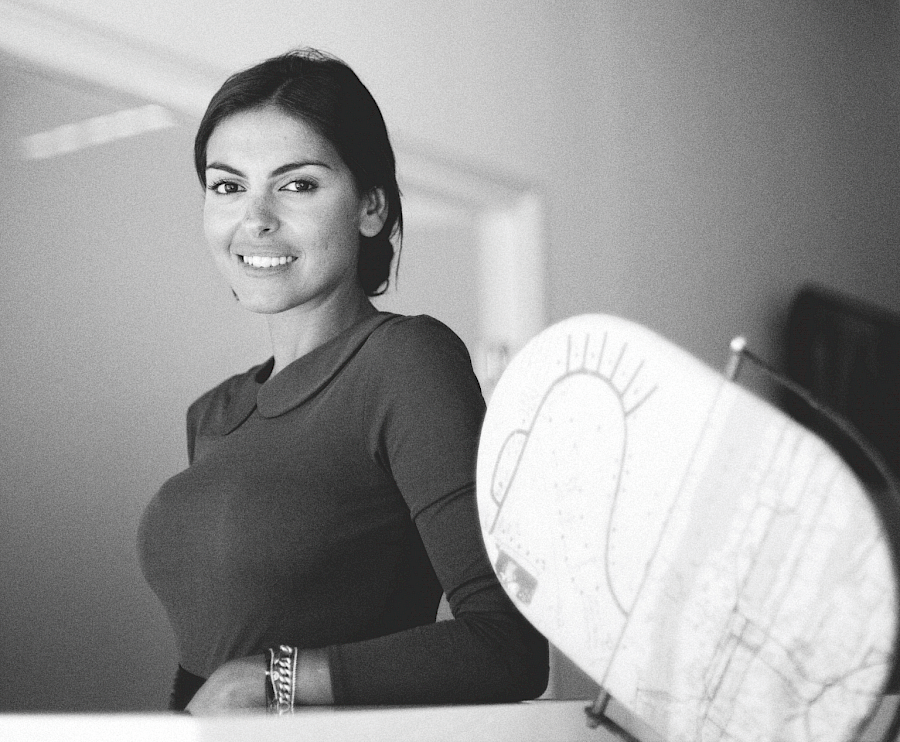 Everyone knows the cliché narrow-minded idea of ​​an artist: a fanatic of painting, always in a beret, long-haired and bearded, in a close workshop selflessly draws flowers ... But such a romantic image is outdated for forty years. The current artist is rather a pragmatic businessman, whose talent is eloquently indicated not so much by his appearance as by the successful sale of his own creations. Well, what about the domestic art market in Azerbaijan? Who of us is successfully selling and willingly buying art objects? With these questions we decided to turn to specialists. 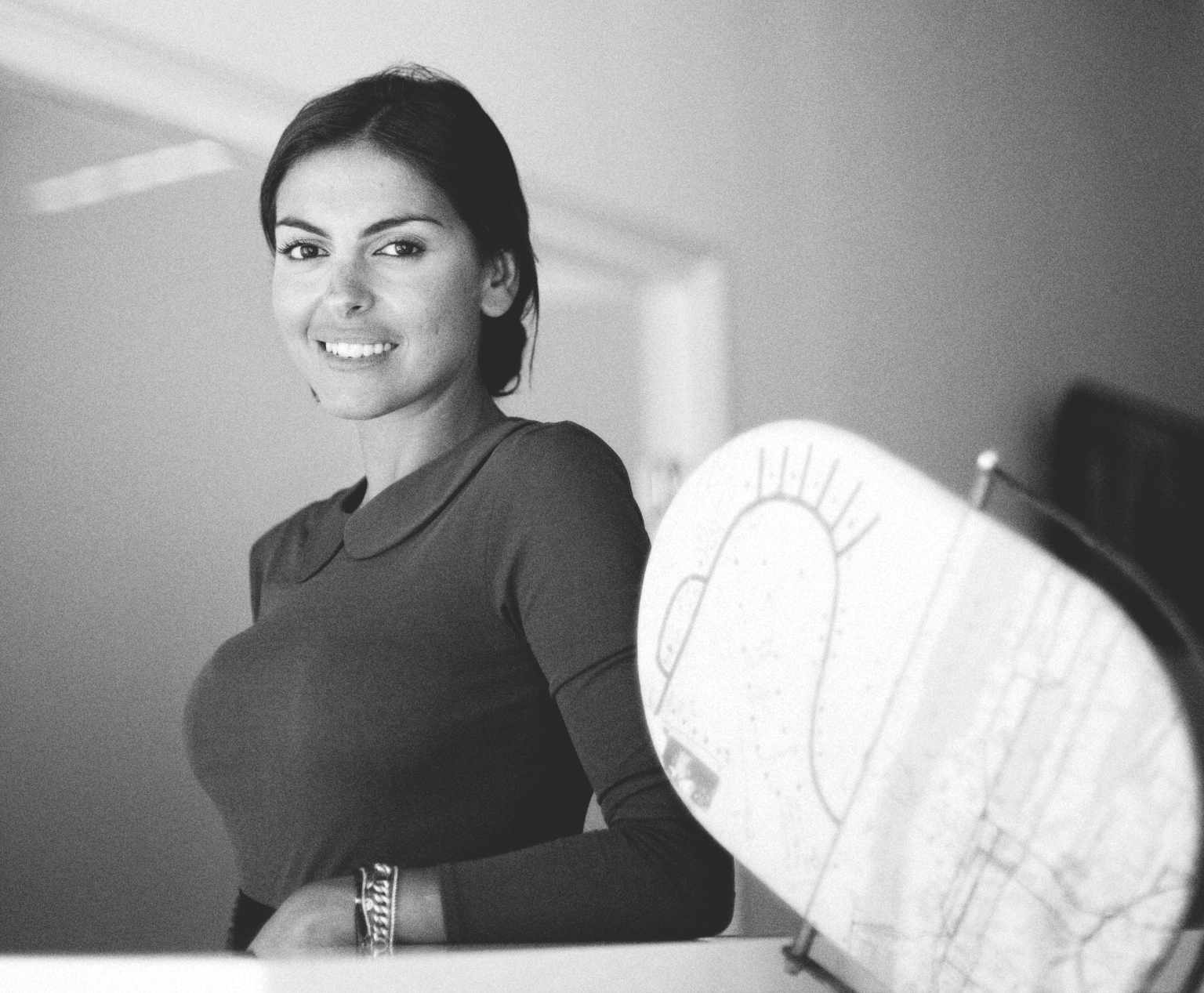 1. The market for contemporary Azerbaijani art has been booming at the international level lately. In Europe, America, Asia, our young artists are very successful. What does participation in international fairs and biennials give to an artist? does it somehow affect the sale of his paintings? "At these sites there is an opportunity to tell about yourself, about your work to other international galleries, institutions, museums," the founder of the Center for Contemporary Art YARAT !, the artist Aida Makhmudova, shares her experience. This is a chain reaction ... sales growth. " 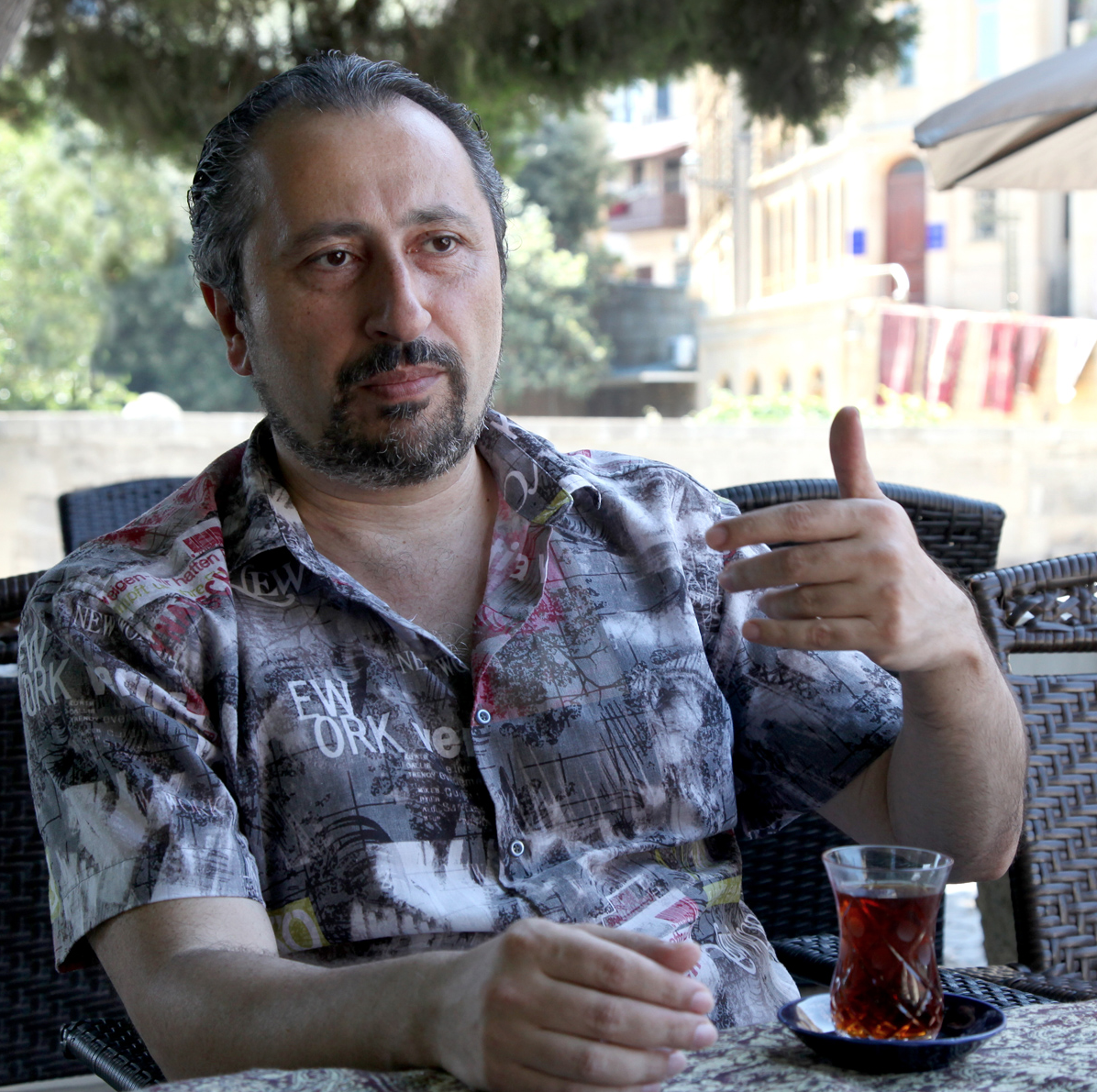 2. And what does a novice artist need to enter the art market? The artist, film director and Ph.D. Teimour Daimi believes that there is practically no art market in Azerbaijan as an element of the art system, as the system itself doesn`t work out for a number of reasons. "Therefore, the artistic life in the country is chaotic and many art events are random, non-binding. But the lack of a system does not mean the absence of talented artists who work seriously in the field of art. The artist’s exit to the forefront of art is universal: fairs, group exhibitions, engaging in communication - building relationships with gallery owners, art managers, curators and colleagues, both local and foreign, as well as self-promotion in the media and social networks ", - Teimur adds.

3. Does the Union of Artists of Azerbaijan follow the pricing of works of art? According to the secretary of the Union, the national artist Salkhab Mamedov, this organization does not control the pricing of works of art. And in the field of exporting works abroad there are different rules. To do this, you must first obtain a certificate from a special commission (there are such commissions at the Ministry of Culture and Tourism, at the National Museum of Art and at the Museum of Carpet). If the works are suitable for maintenance in a museum, the commission does not give permission for the export of works, especially antiquarian ones. There are two types of permission for the export of works from the country. The first involves the condition of their return to the country - this is more relevant for artists who take out their work at exhibitions. The second type of permission is associated with the export of the work abroad for the purpose of sale; for such permission it is required to pay a state fee, and in case of successful sale of the work the artist is charged with a profit tax. 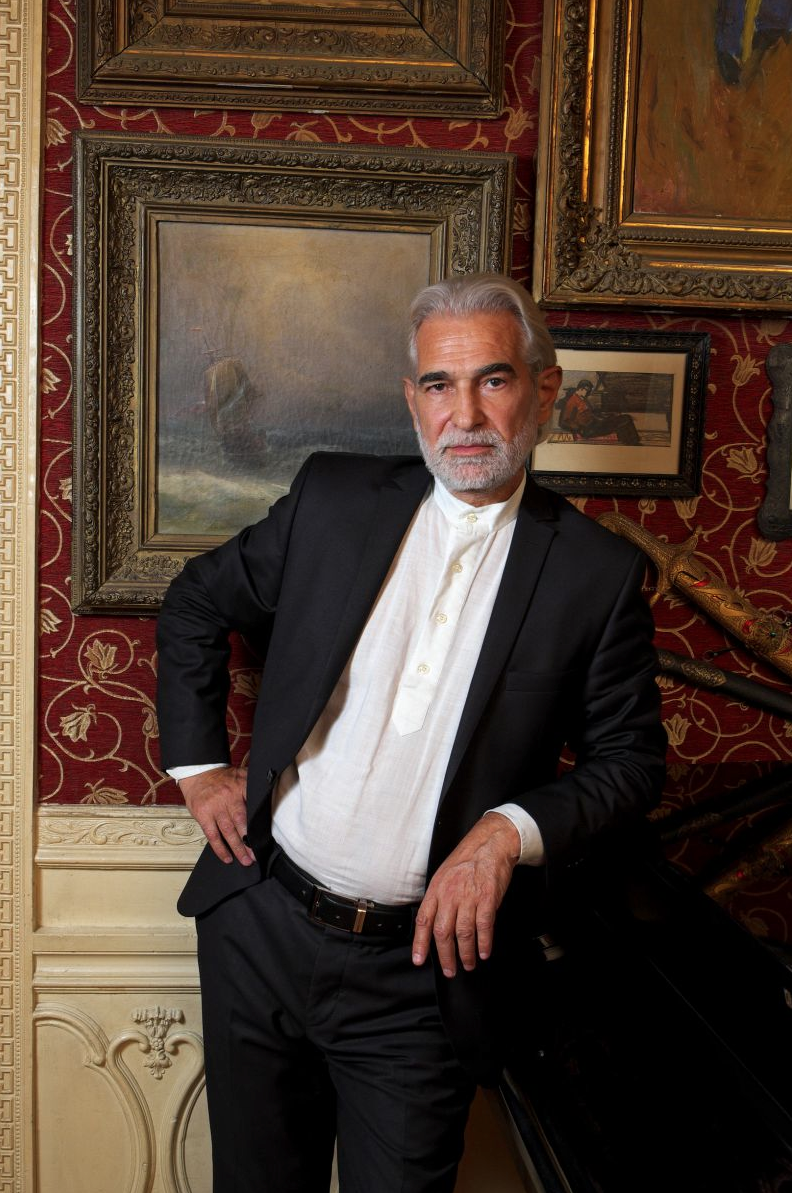 4. People’s Artist, Secretary of the Union of Artists of Azerbaijan, Agali Ibrahimov, believes that the evaluation of the works of the great artists of our country should be regulated by the state. "How does an Azerbaijani artist currently earn a living? There are works that are created for sale, and there are which the artist invests his soul. The artist receives his profit mainly from custom-made portraits, landscapes, or from the creation of author's copies of his paintings, "he notes. 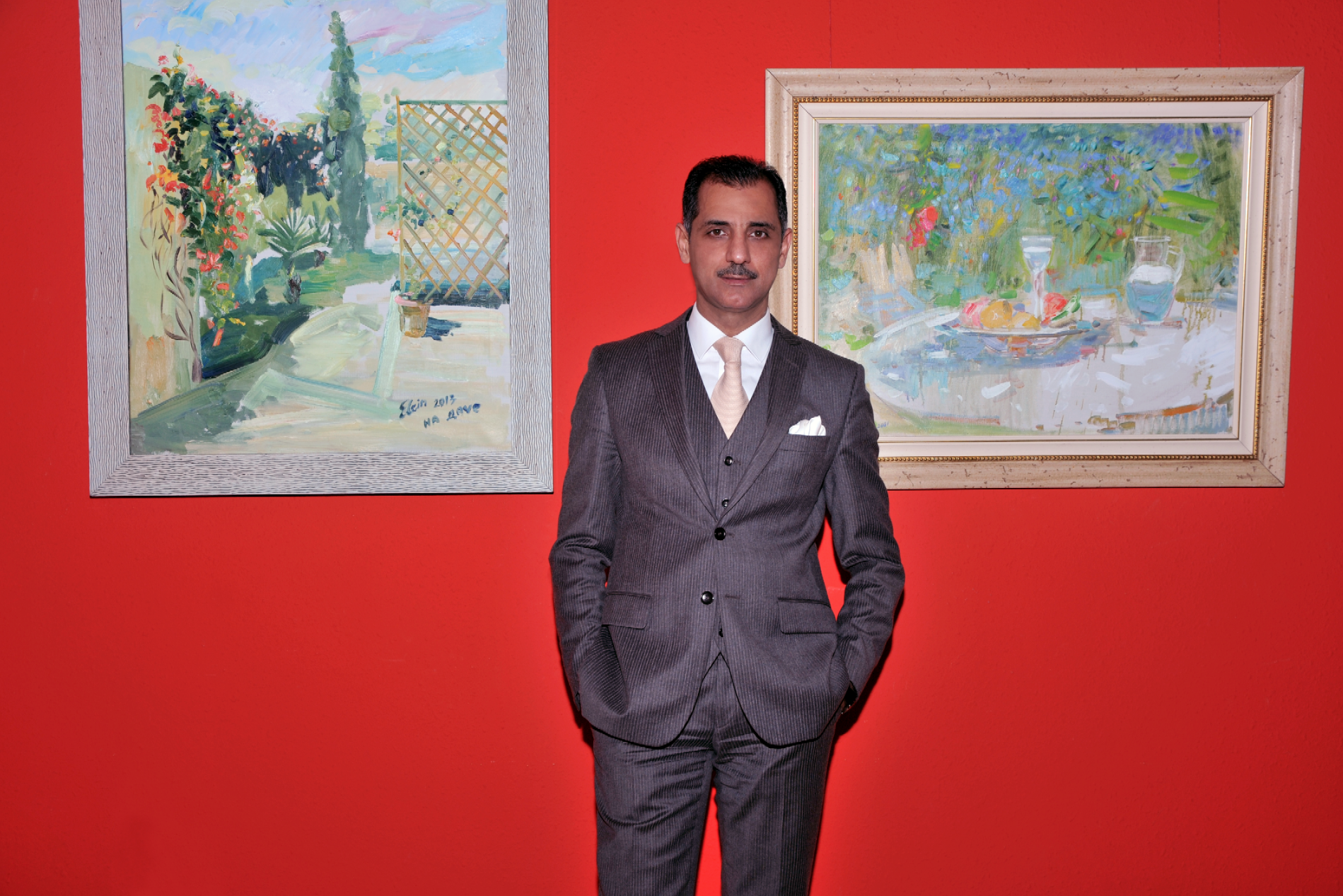 5. In countries with a more stable art market - in Europe and the USA - most buyers come to the primary market, to galleries. The gallery owner acts as an intermediary between the creator and the art business, adapting the artist to real life and real life to art, while also solving the difficult task of making money for himself and for the artist. "In Baku, art galleries can be counted on the fingers. Unfortunately, they all work without creative contacts with each other. This does not allow developing a common art-business strategy, which would help collectors to orient themselves in the creative space of Azerbaijan while replenishing their collections," Honored Worker of Culture, gallery owner Elchin Orujov. Negative impact on the activities of galleries and the lack of auctions, which would allow to create creative competition, which would stimulate the activities of galleries. Today the value of the work is established by the mutual consent of the author (owner) and the gallery. The auction house would exclude this method due to open bidding and transparency of transactions. 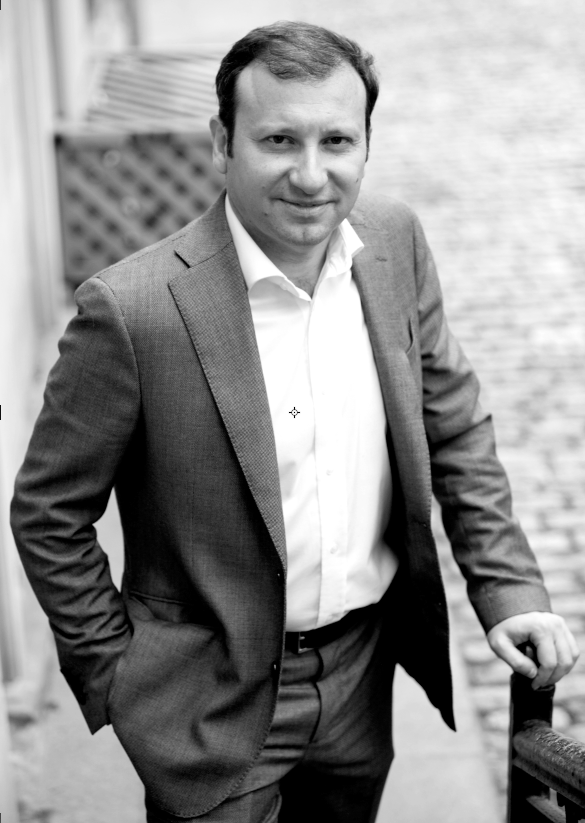 6. The more often a person attends exhibitions and previews, galleries and art museums, the higher the likelihood that he will sooner or later come to collecting works of art, said Emin Mamedov, a famous gallery owner, the owner of the Qız Qalası gallery, the first of the Russian galleries to open a branch for abroad. .In Azerbaijan today there are a lot of art collectors. Each particular collector has his own principles of collecting, which he follows ... For some, a collection is a kind of investment, an investment of funds; someone collects works that he likes, guided solely by their own taste; there are also collectors who compose their collections according to the principle of choosing certain authors, of a certain historical period ... But I can confidently say: our compatriots love and appreciate art! .. 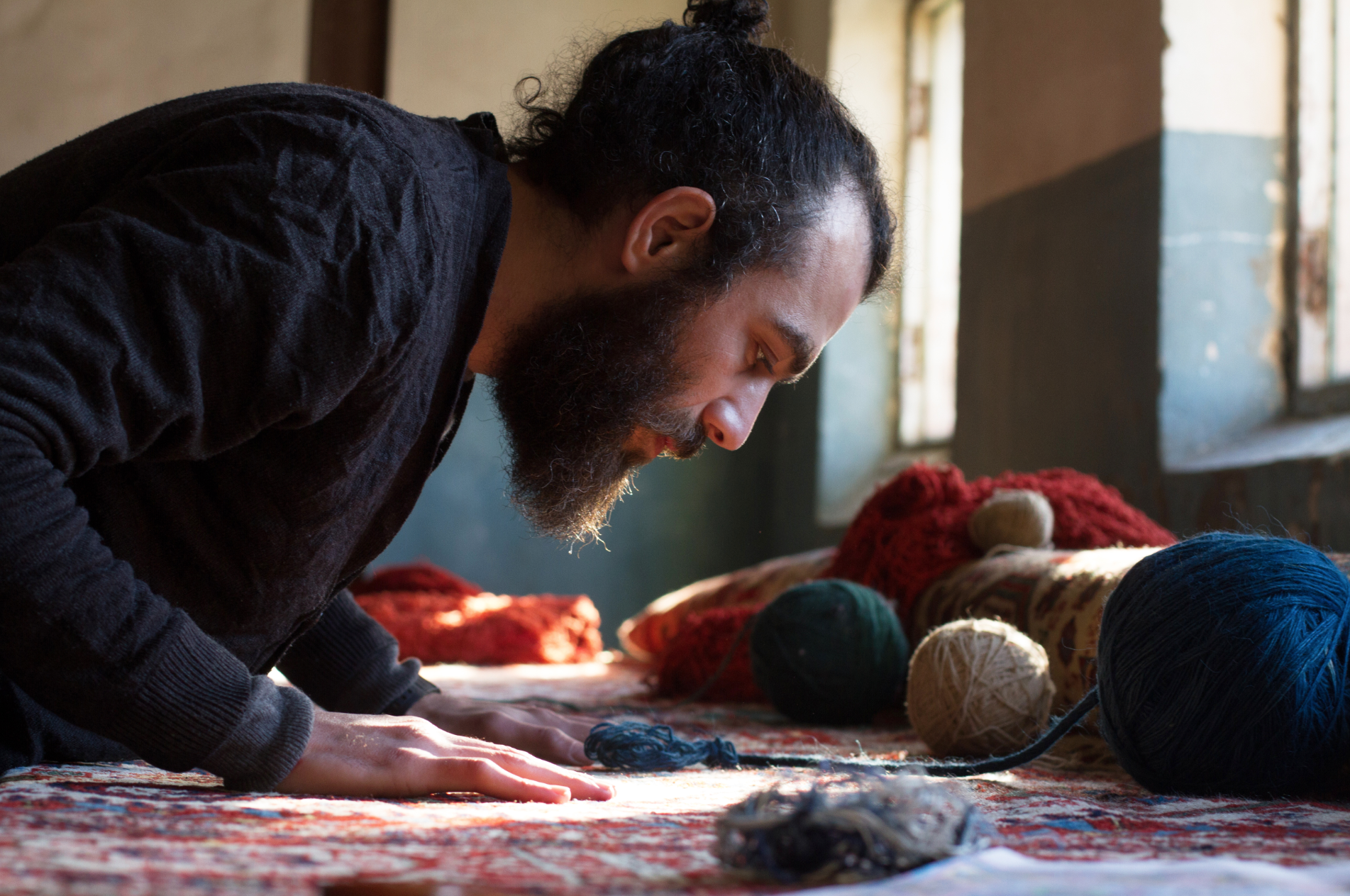 7. Branding, successful PR and a rich patron in the person of a dealer or gallery owner - this is the key to the success of the artist in the modern art market. This is confirmed by the artist Faik Ahmed: ““ Talent ”is a generalizing word that does not mean anything, because each person is unique. The artist who becomes aware of his uniqueness becomes an artist just as a baker or an electrical engineer can realize his uniqueness. who realized this uniqueness, gets freedom, and this quality unites people. But the definition of freedom to talent is irrelevant. The word “talent” is used to mean free people, and this quality is inherent not only to creative people. Each is unique in its manifestation, but only a few know it ... PR is a well-thought-out promotion strategy. In art, this is impossible: the artist is chaotic, and what strategy can be in chaos? But even if I'm wrong, if both talent and PR act in art, still, most of the success of an artist can be attributed only to love and work. . The words “talent” and “public relations” have nothing to do with either the artist or his art: these concepts are applicable only in economics, to which the artist’s works often refer - the product of his interaction with the audience in a context that includes not only the galleries that sell these works, but also museums and other art institutions. But in any case, without the power of love invested in his art, no artist can succeed only with economic instruments. The success of the artist is determined by the inspiration that he can convey to the viewer, and the way in which this amazing experience is conveyed does not matter if such a transfer has already been realized. " 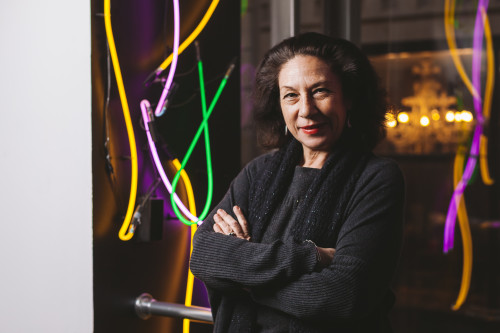 8. Honored artist of Azerbaijan, independent curator Sabina Shikhlinskaya believes that although ideally, of course, the artist’s talent should be a fundamental success factor, in today's realities, talent has little or no meaning (unless it’s scanty) for successful sales of works. “In a society whose ideals are based on the cult of consumption, in support of which the mass advertising machine works, the man in the street, unfortunately, does not see a significant difference between functional objects and works of art. This basic failure in understanding the true criteria, as well as the practical absence of art education among the broad masses of the population, is used by art dealers who, with the help of a well-designed PR campaign, cultivate “stars”, earning huge amounts of money on a properly calculated scheme. Earnings are directly proportional to the funds invested in advertising. This established system operates both in show business and in art, consistently with great commercial success ... One can only hope for Time, which makes its impartial selection, and as a result those names remain in the history of art and culture without which there would have been no development of art of a certain historical period, although most of these outstanding creators had neither recognition nor commercial success during their lifetime. ” 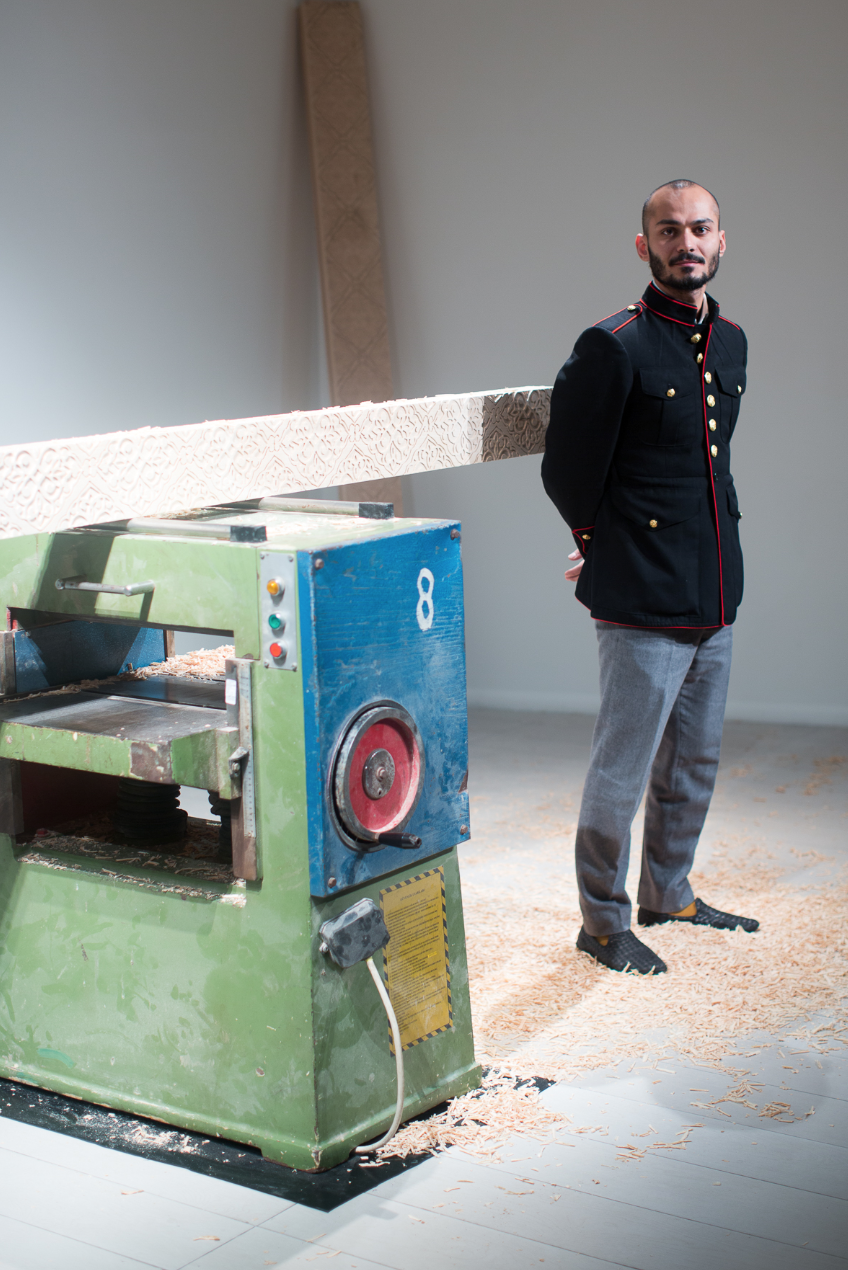 9. Artist Farid Rasulov notes that his works are more successful abroad than in his native country: “We don’t know yet what to do with modern art. Installations? Where to put them, that’s the question! Our buyer can fork out some old Italian vase, but he will never buy a painting or some modern art object by a local artist, even for a smaller amount, but we are working very hard to change this in the best direction for modern Azerbaijani art. I think this is one the most important tasks not only for the gallery owners, but also for the artists themselves. " 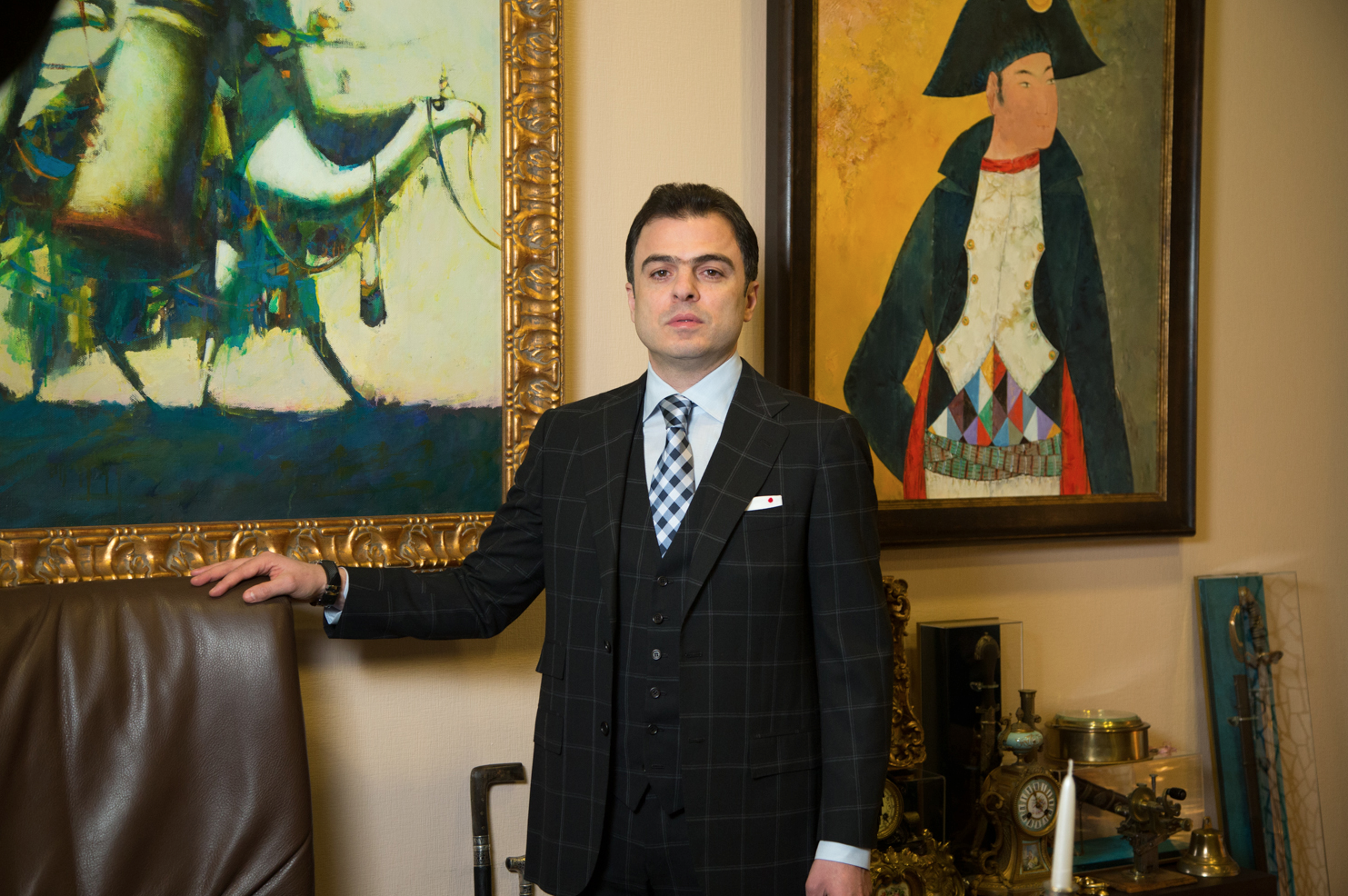 10. Collector Anar Azimov supports this opinion: “Although I am a financier, I don’t consider collecting art as a form of investment. Many of the acquired paintings turn into a particle of the soul, which can be difficult to part with ... However, it’s not a secret that those who are mainly interested in the investment side of this activity are one of the most profitable investments. " 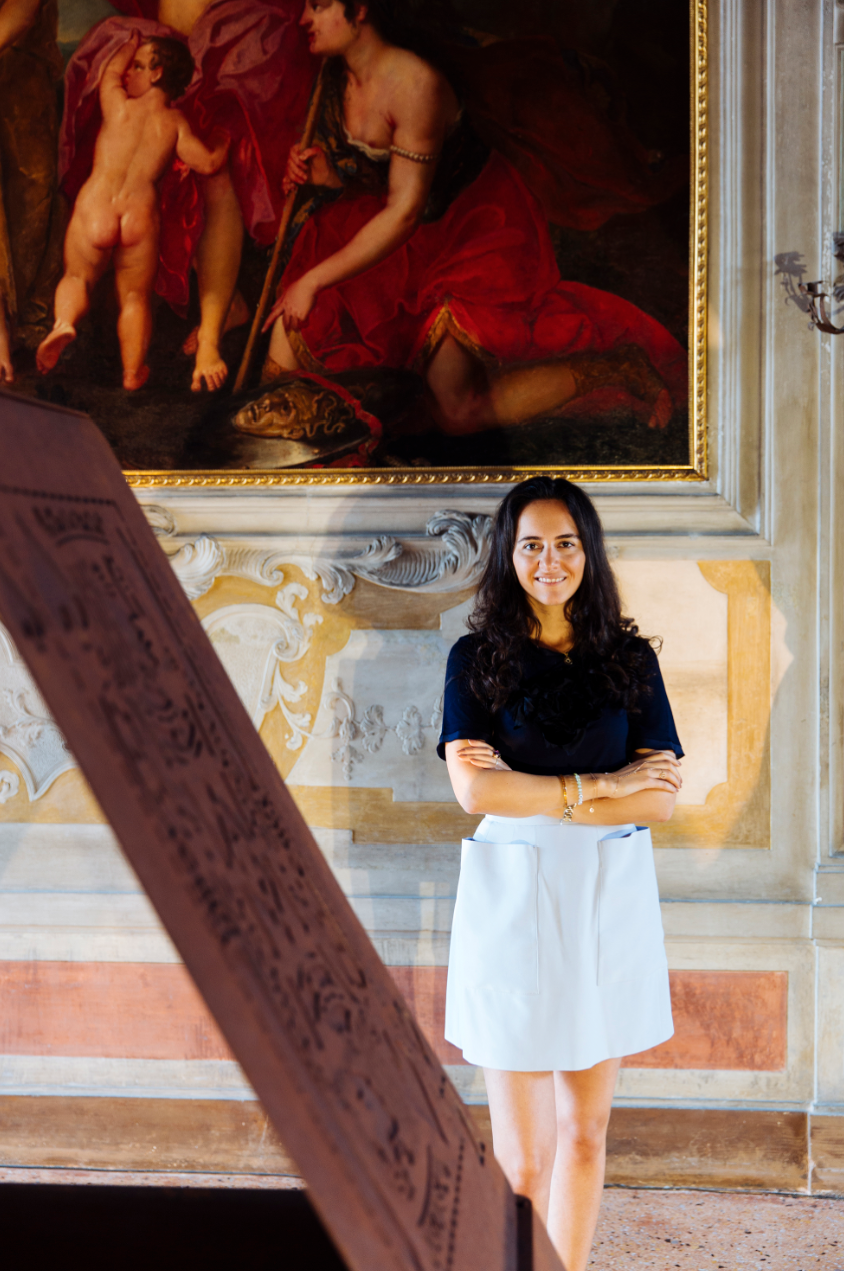 11. According to Souad Karaeva, a specialist in contemporary art at Sotheby’s London auction house, this auction house was the first to start selling works by artists of the Caucasus and Central Asia in London. "Western collectors have a marked interest in Azerbaijani artists, especially the younger generation, as they are often exhibited at international sites. The most commercially successful artists of the sixties generation are Javad Mir-Javadov and Tahir Salahov, and among the young are Faig Ahmed and Aida Makhmudova." 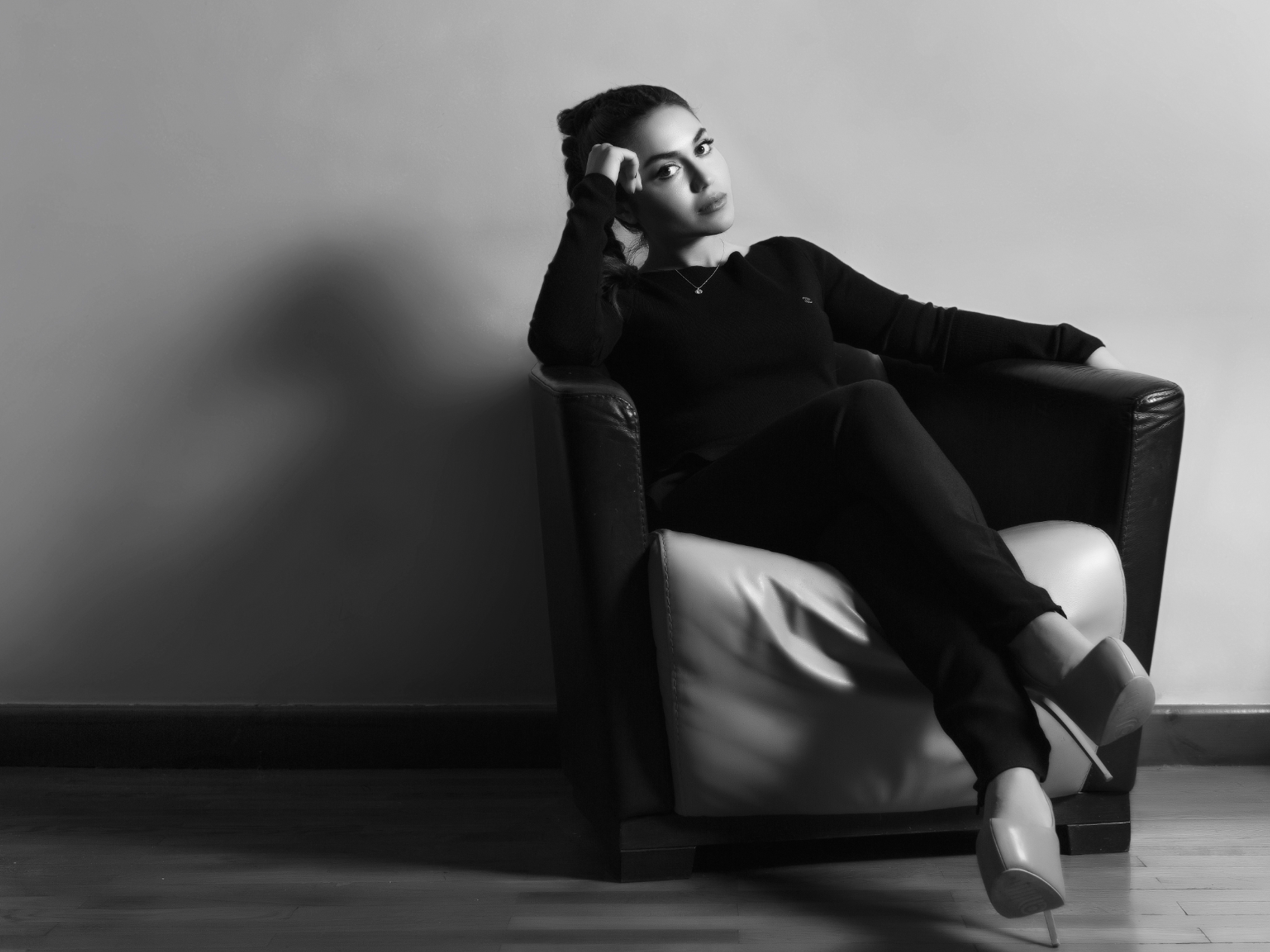 12. What are the criteria for determining the value of the works of contemporary artists? Farah Piriyeva, a curator and gallery owner, an expert on contemporary art, told us about this: “Robert Hughes, an Australian art critic, once remarked:“ Art has a new occupation - to sit on the wall and to appreciate. ”At first glance, I also think that the only significant factor affecting the price of a painting, sculpture or installation that applies to all cases without exception is time. The work should express an idea that is relevant today, reflect modern thinking. Does the viewer (investor) have feelings and emotions that are painfully familiar to everyone? After all, the main task of the creator of contemporary art is not to search for new emotions, but to research alternative ways of conveying the same feelings. The works of artists who have fulfilled such a mission are recognized and almost immediately appreciated very high. " 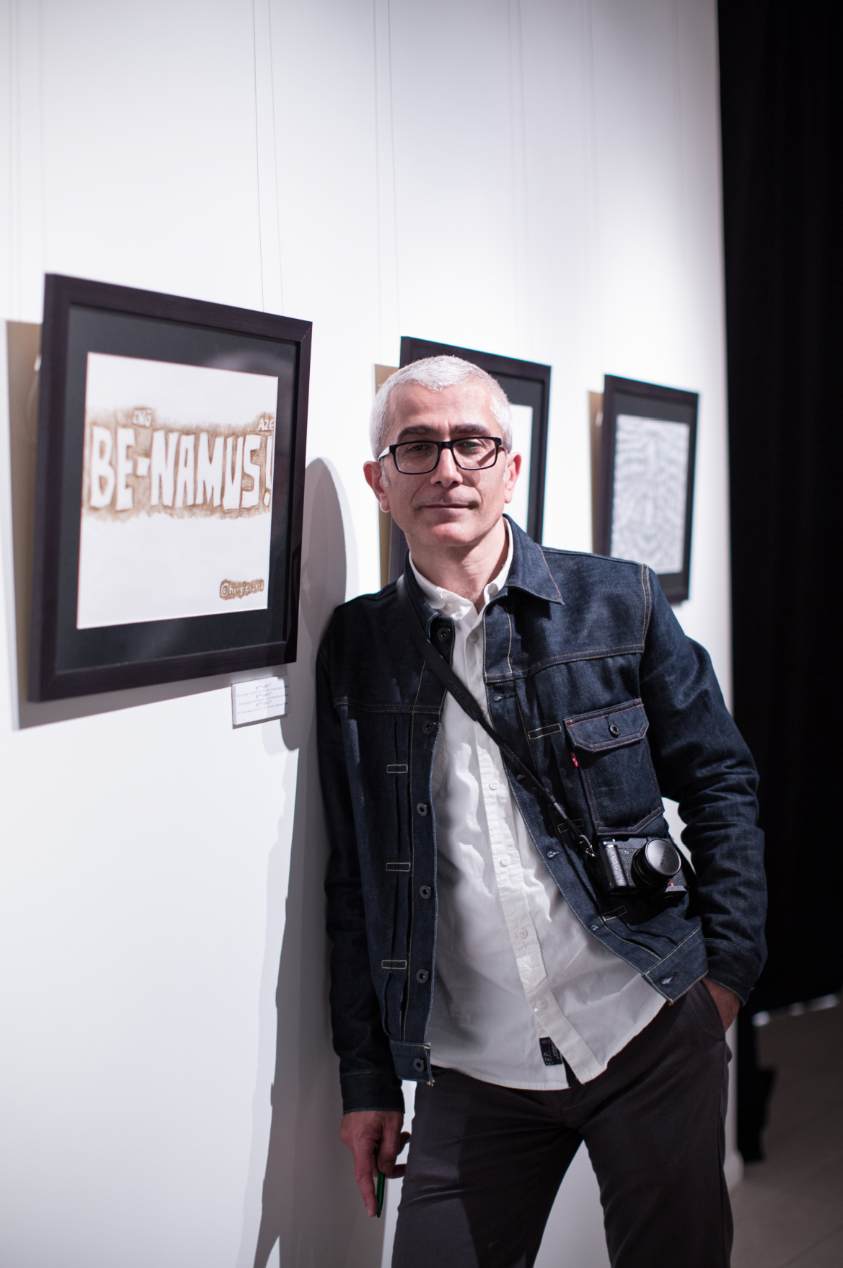 13. Artist, sculptor and poet Chingiz Babayev believes that personal contacts of a creative personality play an important role in the sale of modern art: “In conditions of total, widespread ignorance and lack of education, not only in the sphere of culture, but also in all other spheres, only constant PR works flawlessly, the talent in this case is just an addition to the PR ... However, his talent may not be at all.Of course, not all the works of our artists are sold, but only a very small number. Personal contacts of one or another author and on the degree of his “promotedness”. "

The vehicle of the future

The future is near