For the love of nature: plastic paintings 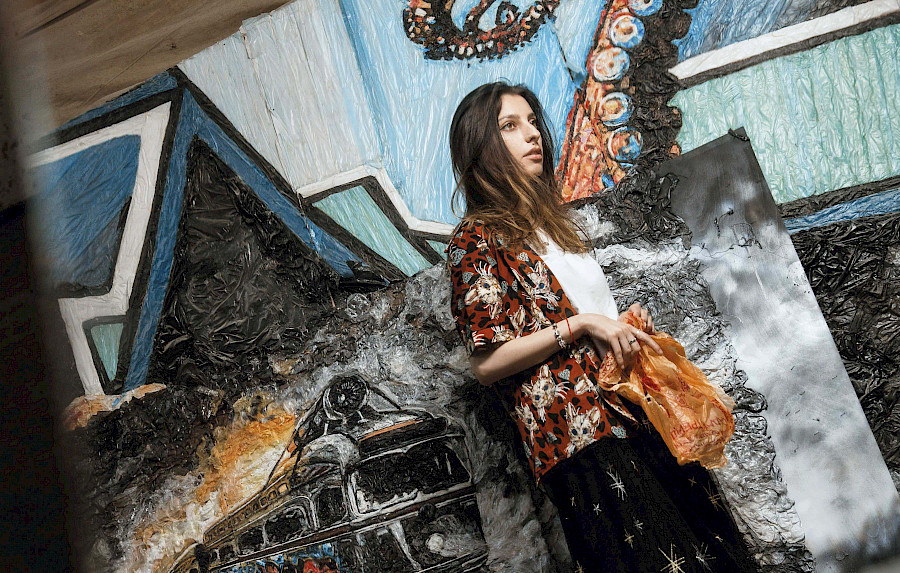 Cheap plastic has become the plague of the 21st century: it already forms whole garbage islands in the oceans, at least 700 species have been affected by it, including those threatened with complete extinction. In such a situation, the most important task is to reduce the amount of plastic waste. But concern for nature can be expressed in different ways: some get involved in campaigns, some opt-out of plastic packages and choose canvas bags to go shopping. But painter Nazrin Musaeva gathers used plastics to create works of art from them. 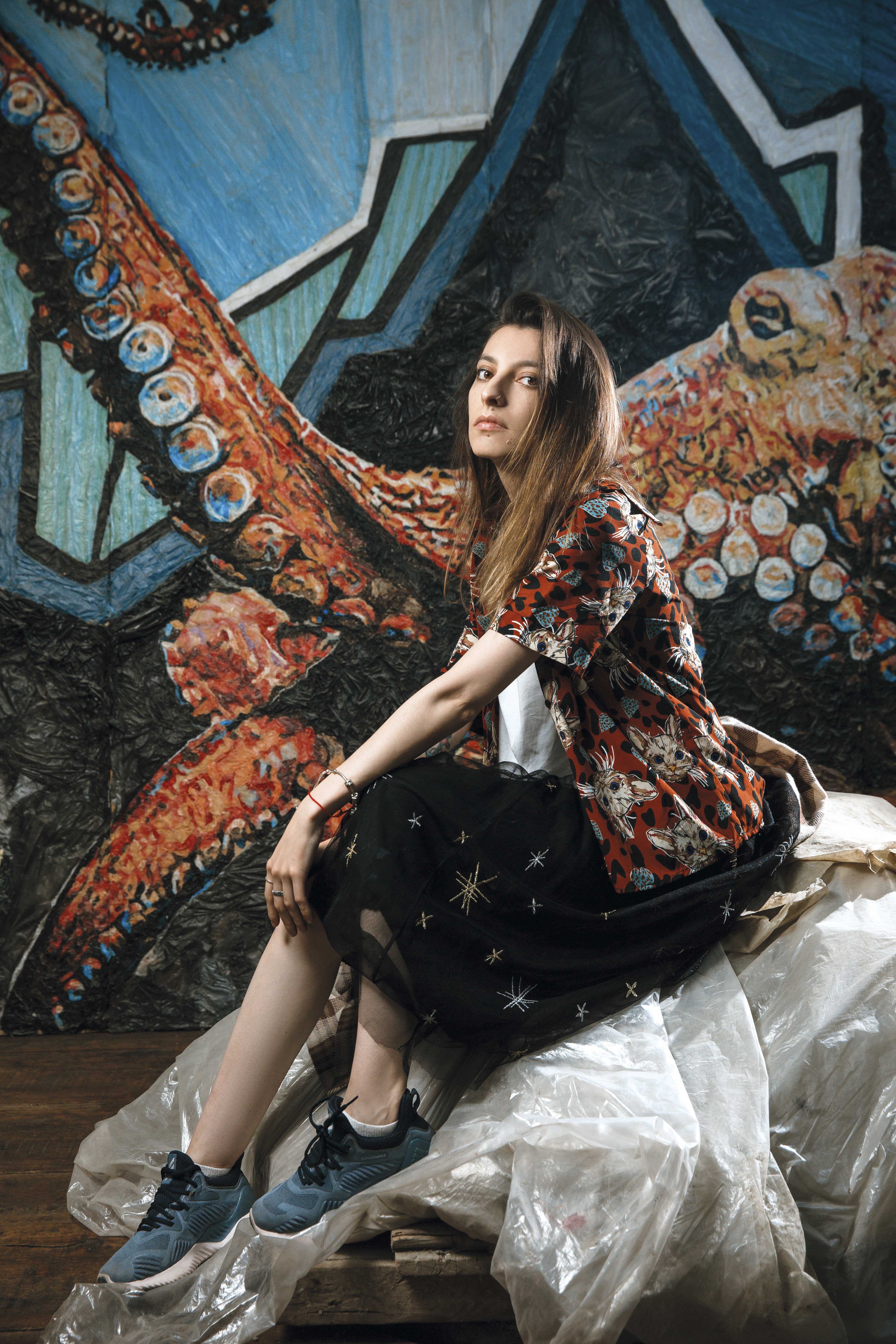 Do you remember the first time you felt interested in art?

Since my childhood, I have made something from beads, buttons, fabrics, sewed dresses for dolls, collected cars, models or sculptures. I still remember my head made of sand, which was blinded on the beach at the age of seven ‒ for that age it was a good job. At school, I painted for all classmates. I even didn't choose this past, everything evolved on its own, and till today it goes on like this. With the lapse of time I engaged with graffiti, and afterwards installations. Gradually learned to mix, link different materials and techniques. I am attracted to controversial art ‒ when you can create something incredible literally from nothing! 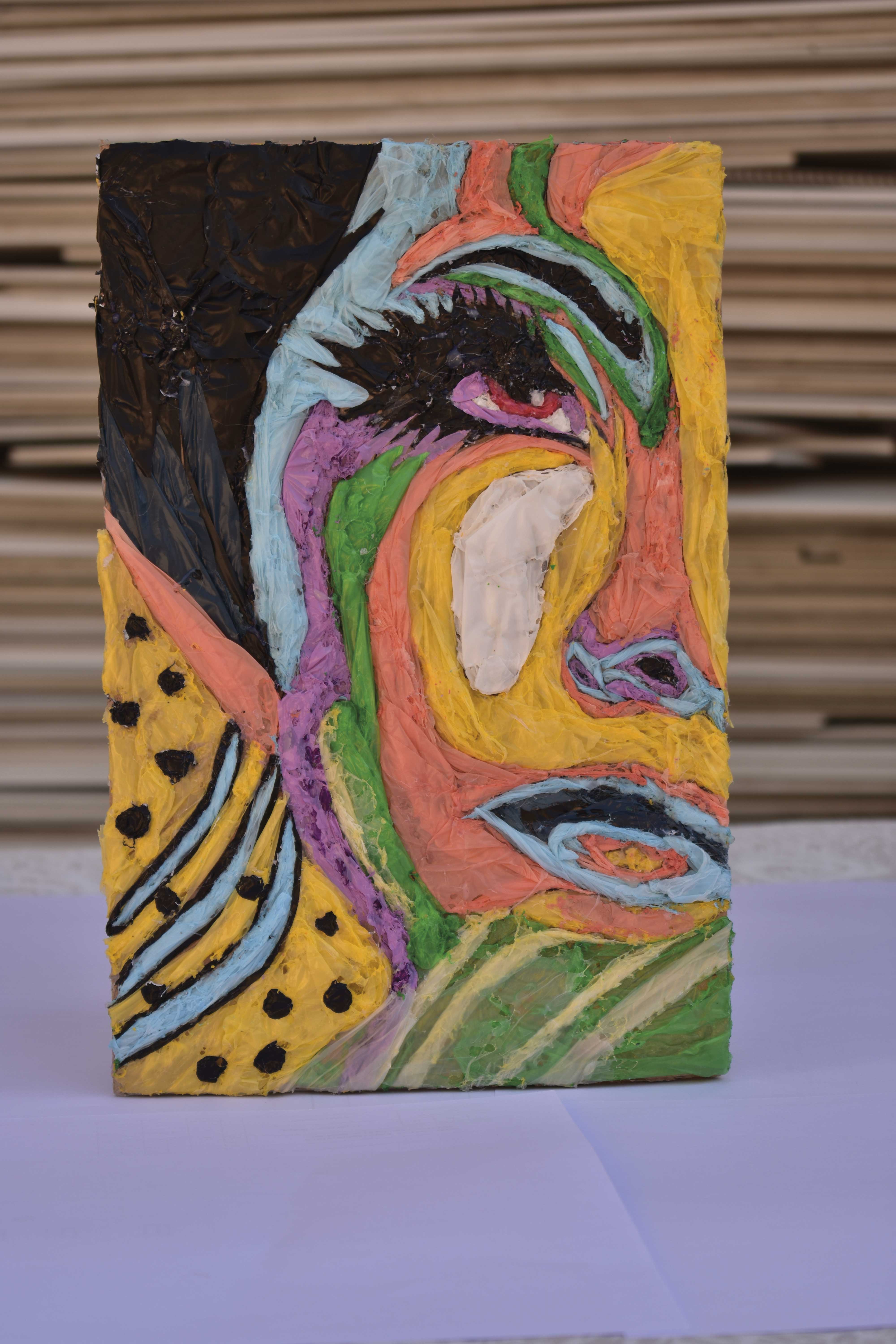 How did you find the idea to make pictures from waste?

My love for animals, for which I feel sorry, led me in this way: we, people, unceremoniously invade animal life, pollute their habitats, for which they suffer, perish, whole species disappear. I have stopped going to the circus and zoo. Of course, in childhood, I was taken there, but growing up I understood that I just watch the suffering of living beings, and this is outrageous! Marine animals suffer even more, they are in the most inescapable area, which is sea, ocean – it is there home and nowhere to get away. We allow ourselves to pollute the sea, thereby leaving no chance to their inhabitants. They are forced to swim among plastic bottles, get confused in fishing nets, swallow plastic caps... Sometimes a heart is torn from the sight of fish, birds, seals that have been washed ashore! And we are to blame for this – people. 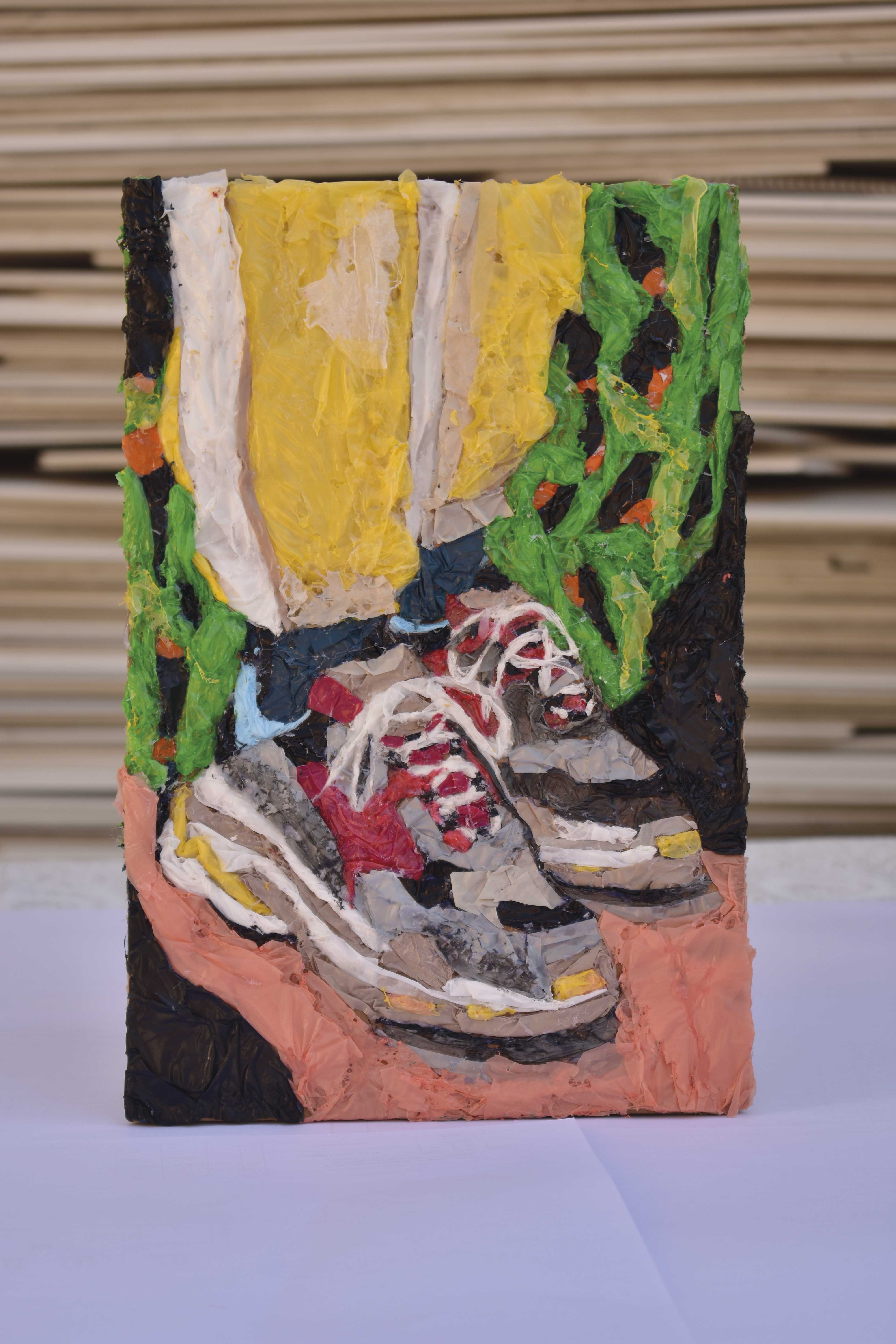 And today is this the main direction of your creativity?

Yes, this is my mite, my contribution to the solution of global environmental problems: I want to draw people's attention to it, urge to change their mind before it's too late. I show how you can create something beautiful, giving the garbage an aesthetic appearance. These are ordinary packages in which we carry products, those that fly in packs in our city. My work is a kind of waste recycling, but creative, and most importantly, useful. 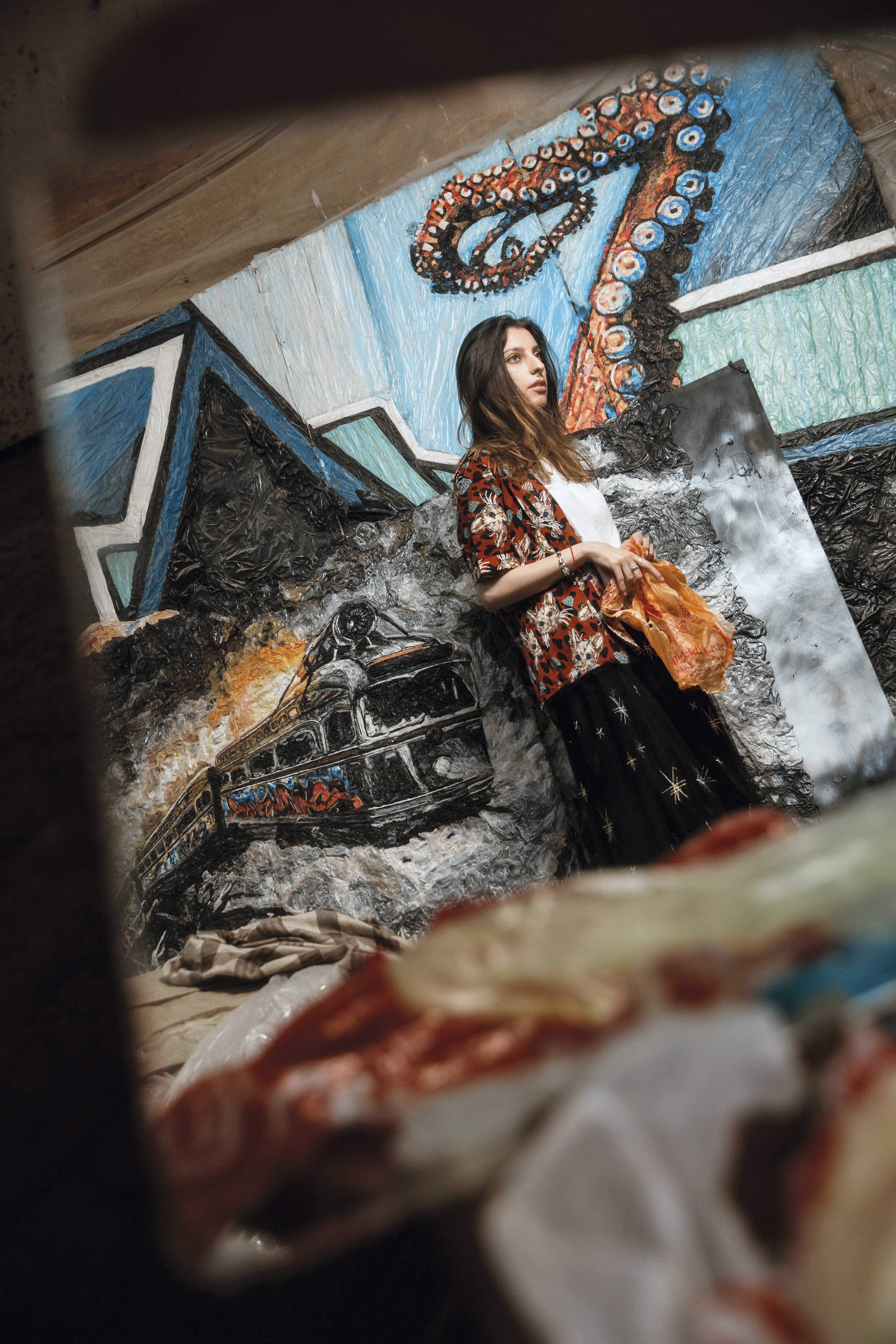 Do you make these pictures?

It is simple and difficult at the same time. Main hardship is to find suitable colours since I don't use any paints in my work. Initially, in my mind I imagine the prospective work, draw a sketch, and then start to gather packages in relevant colour. I gather materials from streets, sometimes friends also help: these are ordinary packages, bags from supermarkets are also used. In the picture shades, semi-shades are needed and for that one needs to have adequate packages, which requires a lot of time and power. It takes several months to make one such picture, and from time to time it is very exhausting. But my family and friends always support me. I am often asked: isn't it easier to paint a picture rather than making it from plastic? And when I collect packages on the street, many people look at me in bewilderment. It happens, they laugh, they even resent... But I just want to ask them: how can I ask the question “Why do you need this?”. Living on a planet littered with plastic? But in general they react positively, and this is very inspiring. 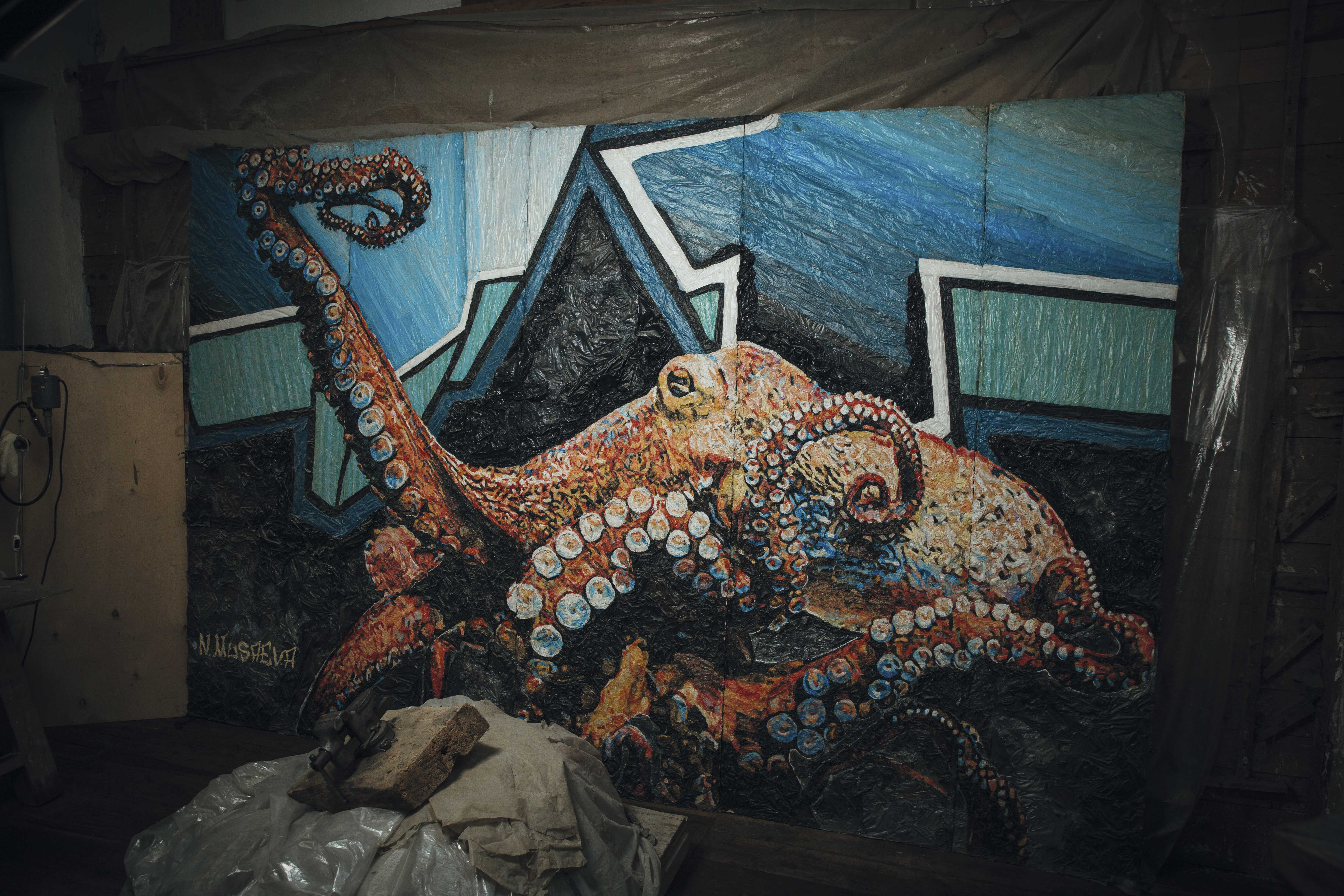 Do you explain to people what you do?

Yes of course. Sometimes people express surprise and even admiration: it is difficult for them to believe that from ordinary packages or millimetre pieces of plastic you can create a real picture. Yes, it takes a lot of time, effort and nerves, but the result is always pleasing, and I forget about all the difficulties I had! 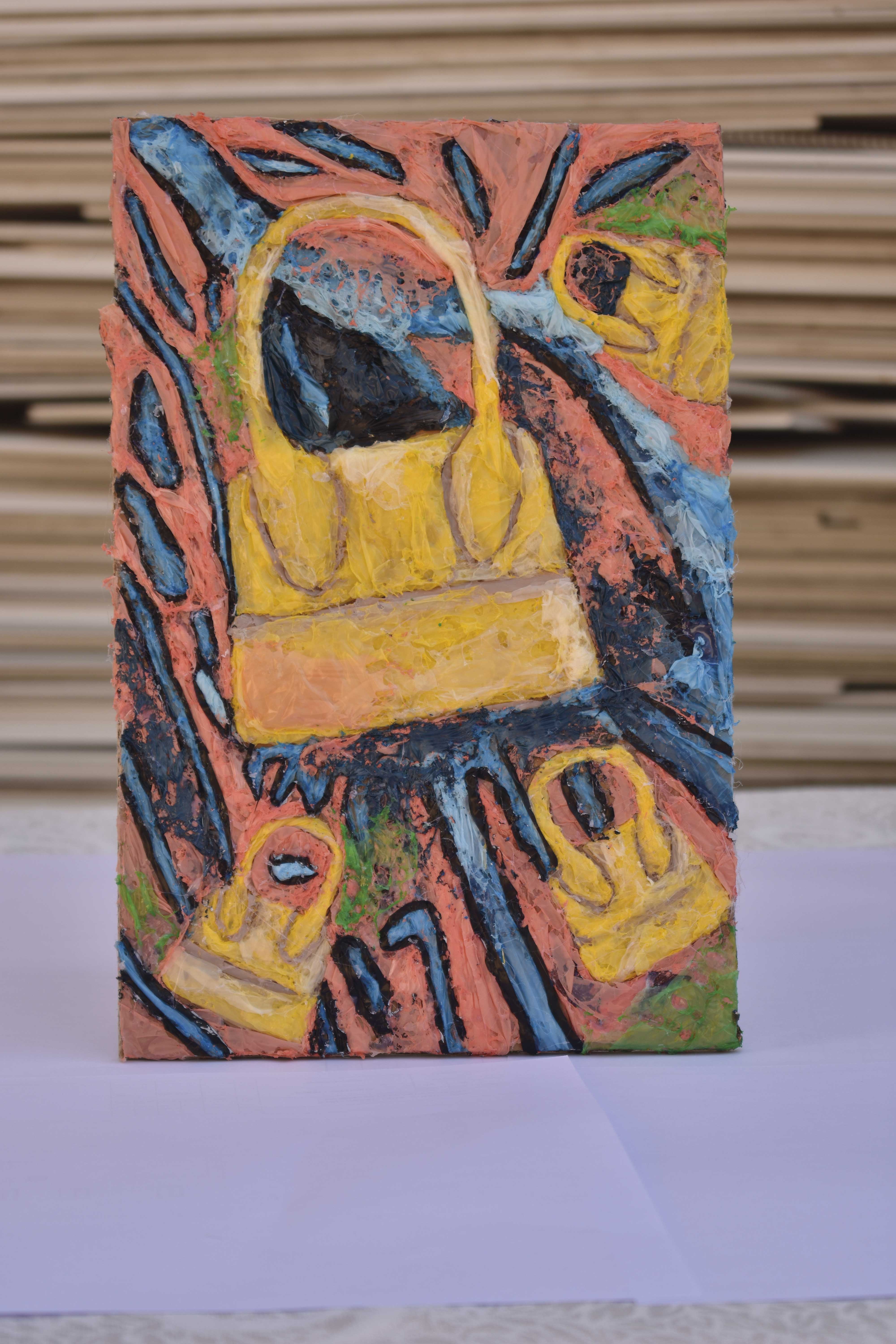 The material was published in the 63rd issue.