City zodiac, or 12 sectors of Baku

An interesting section of astrology is the compilation of a horoscope for settlements. For this, imaginary lines are drawn dividing the object into 12 equal sectors (the geographical center serves as a reference point). The sectors are as follows: eastern – Aries, southern – Cancer, western – Libra, northern – Capricorn; between them all the others, according to the order of the zodiac signs. Moreover, in every sector, strangely enough, it is always those objects that reflect the essence of the corresponding sign. Let us examine through the prism of this theory Baku with its suburbs. As a basis we take a point in the very center of our capital - the Keshla railway station – we will find out how clearly the theory of the "city zodiac" is manifested in Baku realities.

BABEK AVENUE, THE SUBURBAN VILLAGES OF ZIRA AND GYURGYAN, THE SOUTHERN PART OF THE ISLAND OF PIRALLAHI

Aries is the starting line, the first sign of the zodiac. In its sector usually it is something connected with the foundation of the city or the historical name of the area, as well as objects of the main branch of the local industry. Moreover, the theme of pioneers and inventions is often reflected. The fiery Aries illuminates the path, so here you can find lighthouses; it is also a sign of heroes, hence here their names can become the names of objects. In agriculture, this sign “supervises” the cultivation of rare crops and breeds. In Aries sector in Baku is located Babek Avenue – that’s the toponym with the name of the hero! Outside the city, in the same sector, is the village of Zira, where saffron is grown - a rare and expensive agricultural crop. Further east, near the village of Gyurgyan, are the ruins of the ancient settlement of Absheron, which gave the name to the entire peninsula. By the way, here is the largest of the Absheron lighthouses. The list of bright signs of Aries does not end there. Next is the island of Pirallahi, near where offshore oil production in Azerbaijan once began. In the middle of the last century, a bold dam project was implemented here, connecting the island with the mainland to export oil extracted from offshore fields. But most of all, the energy of the pioneers is felt at the final point of travel in the Aries sector. Because this is Oil Rocks. The famous city of oil workers, built in the middle of the sea, is not only a glorious part of our history, but also the extreme eastern point of Azerbaijan, as well as the oldest oil platform in the world, listed in the Guinness Book of Records. 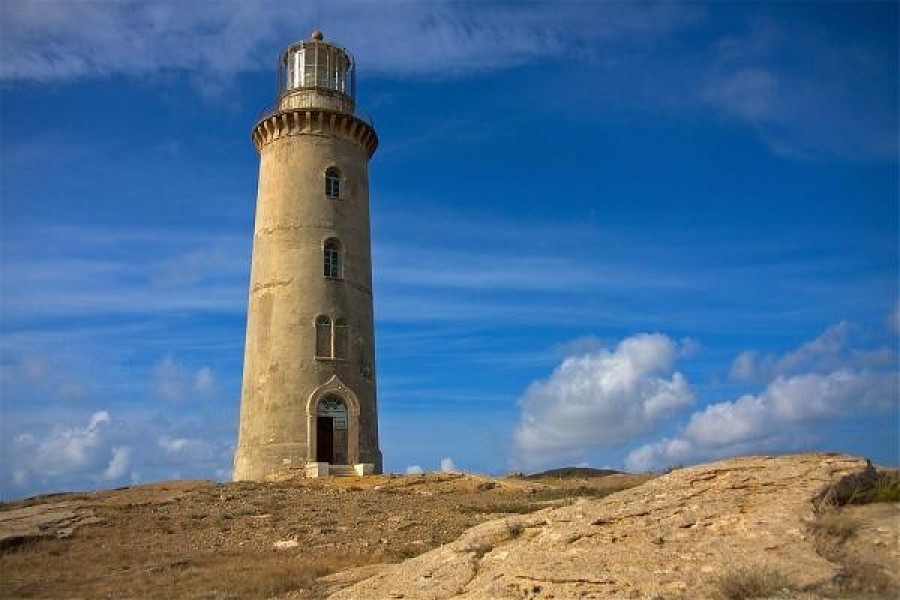 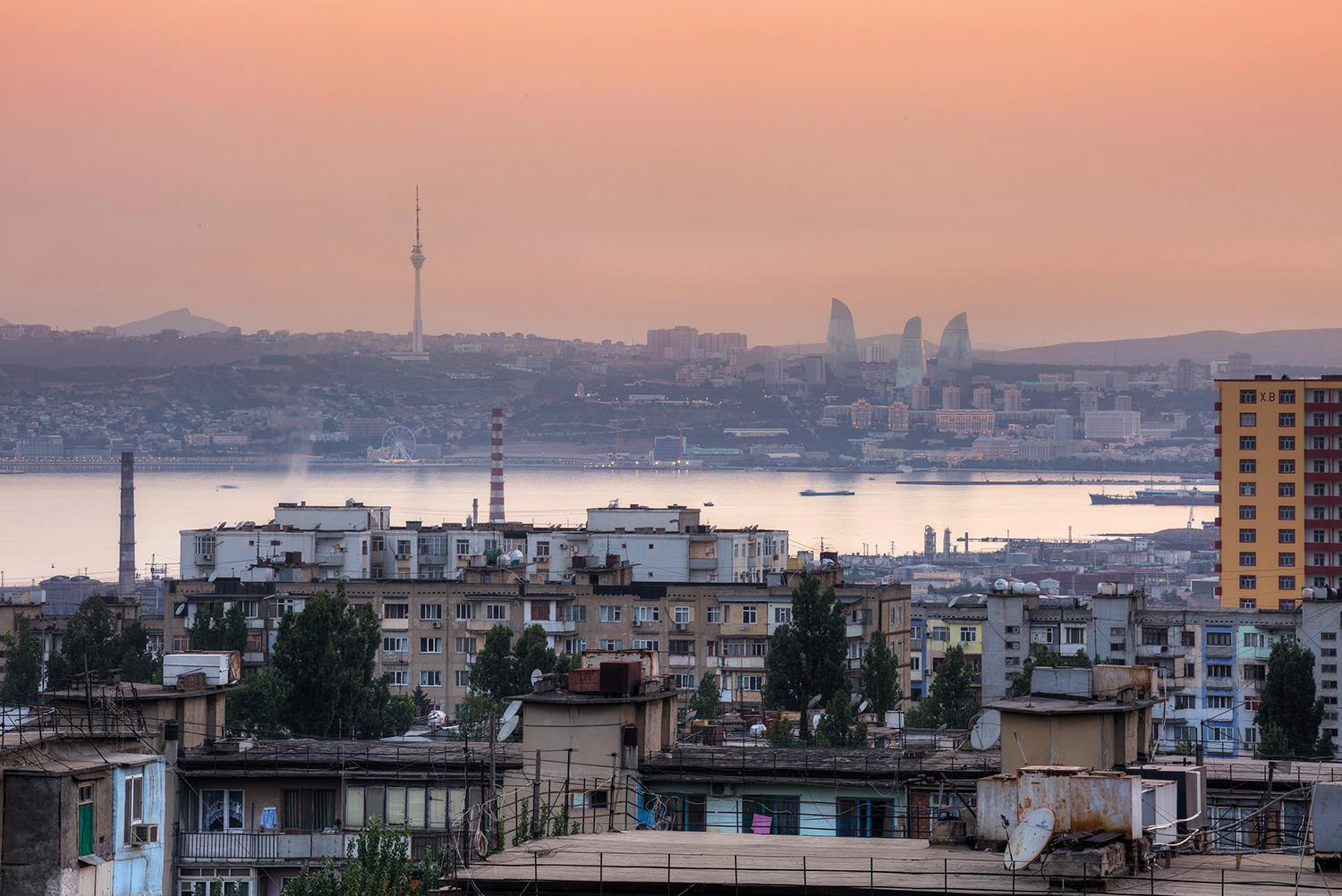 Gemini, the sign of Air, “manages” travel and communications, short transportation points and transport developments, as well as information centers, educational and trade facilities. In the Baku sector of Gemini, you can find everything that is supposed to be his state. On Nobel Avenue, here is the headquarters of one of the capital's television channels – Khazar TV. A little to the east, in the metro area Həzi Aslanov, is the largest Bravo market in the capital. Outside the city, the essence of the Gemini sign is embodied by the Military Lyceum named after J. Nakhchivansky and the new dry cargo port Zikh. By the way, near the village Zikh, in the Soviet time tested model of WIG-Navy vessels on a dynamic air cushion, a special mode of transport, associated with the landing operation. 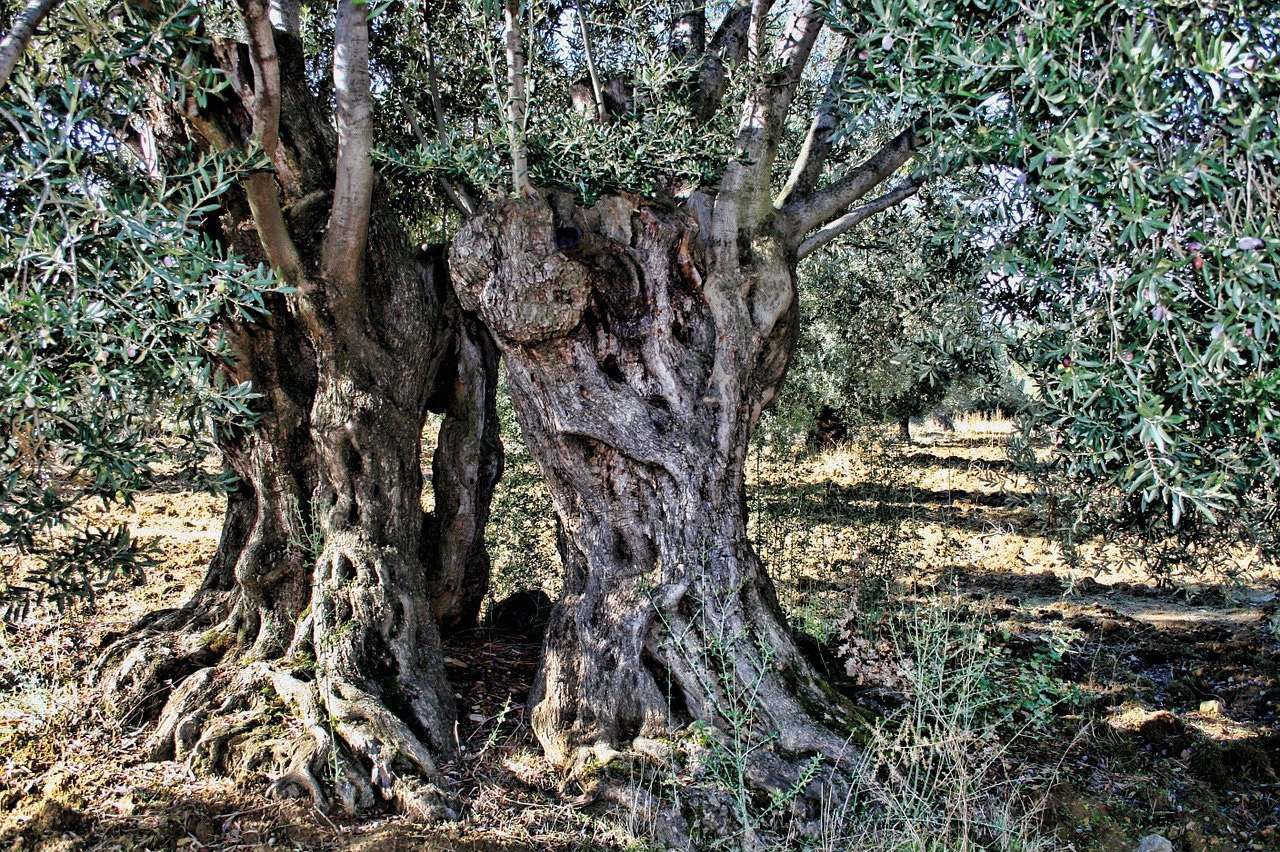 The territory of the Cancer sector is marked by a mass of historical monuments, as well as religious buildings. In addition, Cancer flocks finances in a very different way. And, of course, like any sign of Water, Cancer knows the ponds. More precisely, sea and river ports and marinas. In the Cancer sector of Baku, history and finance are intertwined inextricably. This is evidenced by the accumulation of oil enterprises in the pre-revolutionary and Soviet years on the site of the current White City, as well as the Nobel Brothers House-Museum in their former residence – a reminder of the times when this territory was a factory district and was called the Black City. The Baku cargo port was located here for a long time – now it has been moved to the village of Alat. Of the religious buildings in the Cancer sector, the Shah Abbas Mosque (XVII century) in the village of Keshla can be noted. In the same sector, we see the Azerbaijan Museum of Medicine – on the territory of this sign, even medicine is served in a historical manner. There is also a metro station named after Shah Ismail Khatai, born under the sign of Cancer. 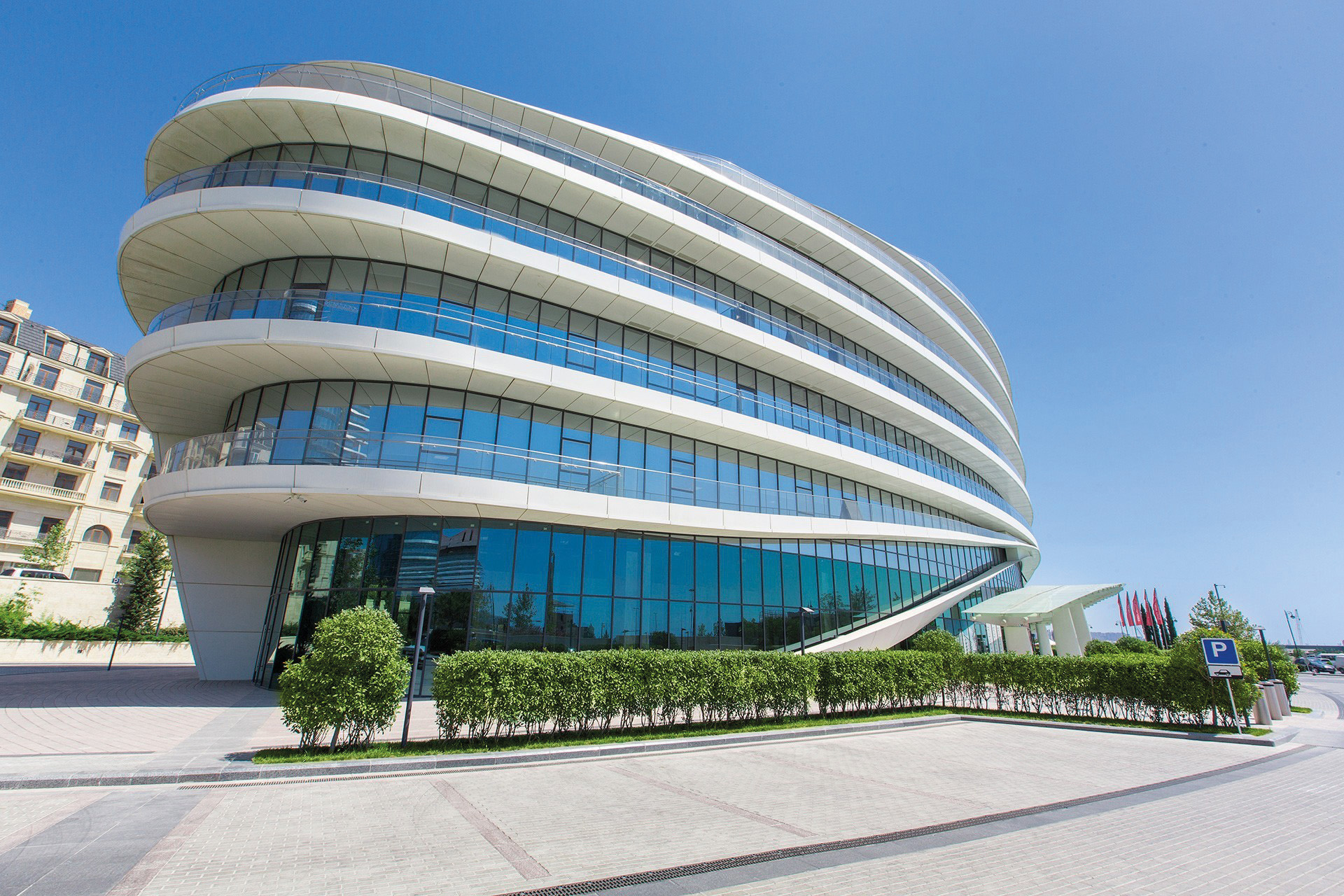 Leo – a holiday sign in charge of creativity, celebrations and peaceful authority. Its sector is usually the most visited, because here, as a rule, there are cultural and art institutions, administrative buildings, parks, play areas and other places of entertainment, as well as various children's out-of-school institutions. In our capital, the Leo sector fully justifies the theory of the urban zodiac: literally side by side there are the building of the Presidential Administration of Azerbaijan, the historical center of the city, Fountain Square, Azerbaijan State Academic Philharmonic Hall, Seaside Park, the Republican Center for the Development of Children and Youth, as well as a number of museums, including the Azerbaijan National Carpet Museum, the National Museum of the History of Azerbaijan, Azerbaijan National Museum of Art and Museum Center. 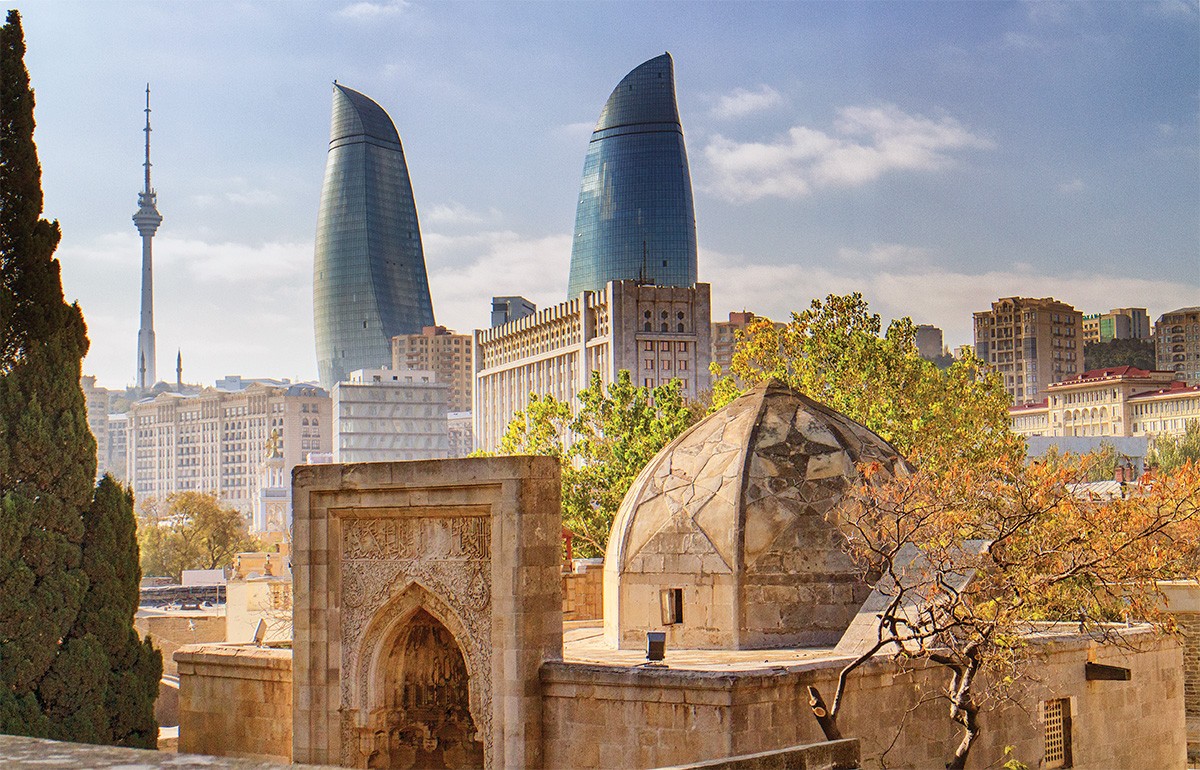 Virgo loves to heal and learn. In its sector of the city, as a rule, there are many medical institutions, universities of various profiles, as well as scientific institutions and objects related to standardization and statistics. In Baku, the Virgo sector is marked by a conglomeration of hospitals and clinics in the village of Yasamal. The National Academy of Sciences of Azerbaijan and the metro station named after it are also located here, Azerbaijan University of Languages, Azerbaijan University of Architecture and Construction, Baku State University. Of the other institutions typical of the Virgo sector, it is worth noting the State Committee for Statistics and the Hydrometeorological Center of Azerbaijan.

Libra – sign of harmony, comfort and beauty. In this sector, there are usually institutions associated with diplomacy, as well as institutions related to art and entertainment. There, as a rule, elite boutiques and densely built-up residential areas with excellent infrastructure are located. In Baku, on the territory of Libra, there is a metro station named after N. Narimanov, a writer and diplomat. Here is one of the country's largest museum and exhibition venues – the Heydar Aliyev Center, as well as the Tofig Bakhramov Stadium. Entertainment and trade (with a touch of glamor) are represented by the large shopping center Ganjlik Mall, and neighborhoods with extensive infrastructure are represented by a cluster of residential complexes in the village of Yeni Yasamal. 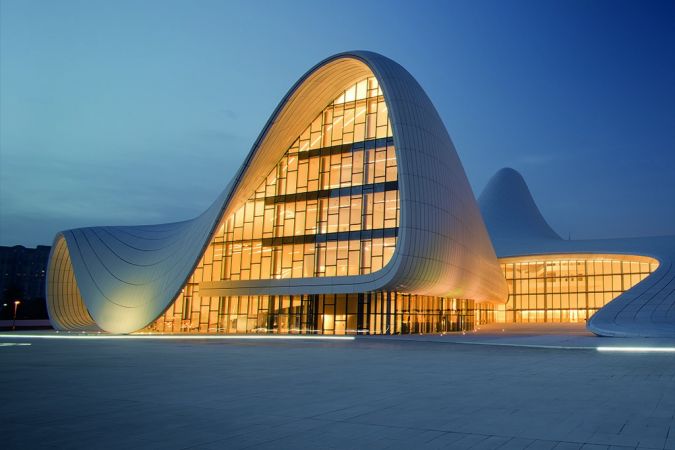 Like any watermark, Scorpio manages the reservoirs, but under its head are mainly groundwater: groundwater and the sewage system. He knows in general all sorts of dungeons, so that in his sector of the area you can meet the relevant objects. In addition, institutions related to military disciplines and sports belong to its zone of influence. In the Scorpio sector in Baku, there is Lake Khojasan, as well as the head office of the Azərsu company, which is also responsible for the sewage system of the capital. The theme of groundwater continues with the famous mud volcanoes located in the same sector, just outside the city. And the topic of the dungeons is two large depots under construction for the repair of Baku metro carriages: “Khojasan” and “Darnagul”. The military sports direction of the Scorpio sector is embodied by the Baku Rifle Center and a monument to the taekwondo player. 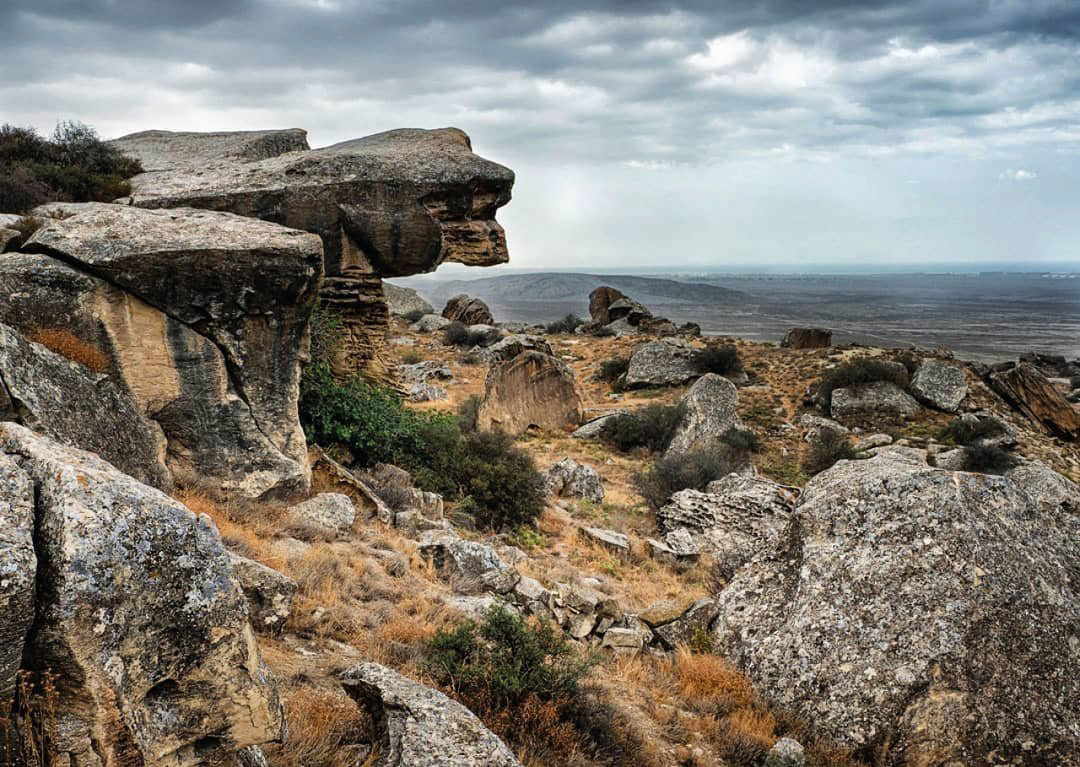 Sagittarius – a sign of power and change, and change is often somehow connected with the roads. It is not surprising that in the Sagittarius sector, objects associated with long-distance transport are usually located. Here begins the longest roads leading from the city. In addition, in this sector you can often find objects related to horses: Sagittarius, in fact, is a centaur! Sagittarius near Baku is one of the largest sorting stations of the Azerbaijan Railway – Balajara. From it originates the main line of the railway crossing the whole country. On the border of the Sagittarius and Scorpio sectors is the Baku State Hippodrome. And in the village of Binagadi there is a unique bitumen lake in which the remains of prehistoric animals, including horses, were found. 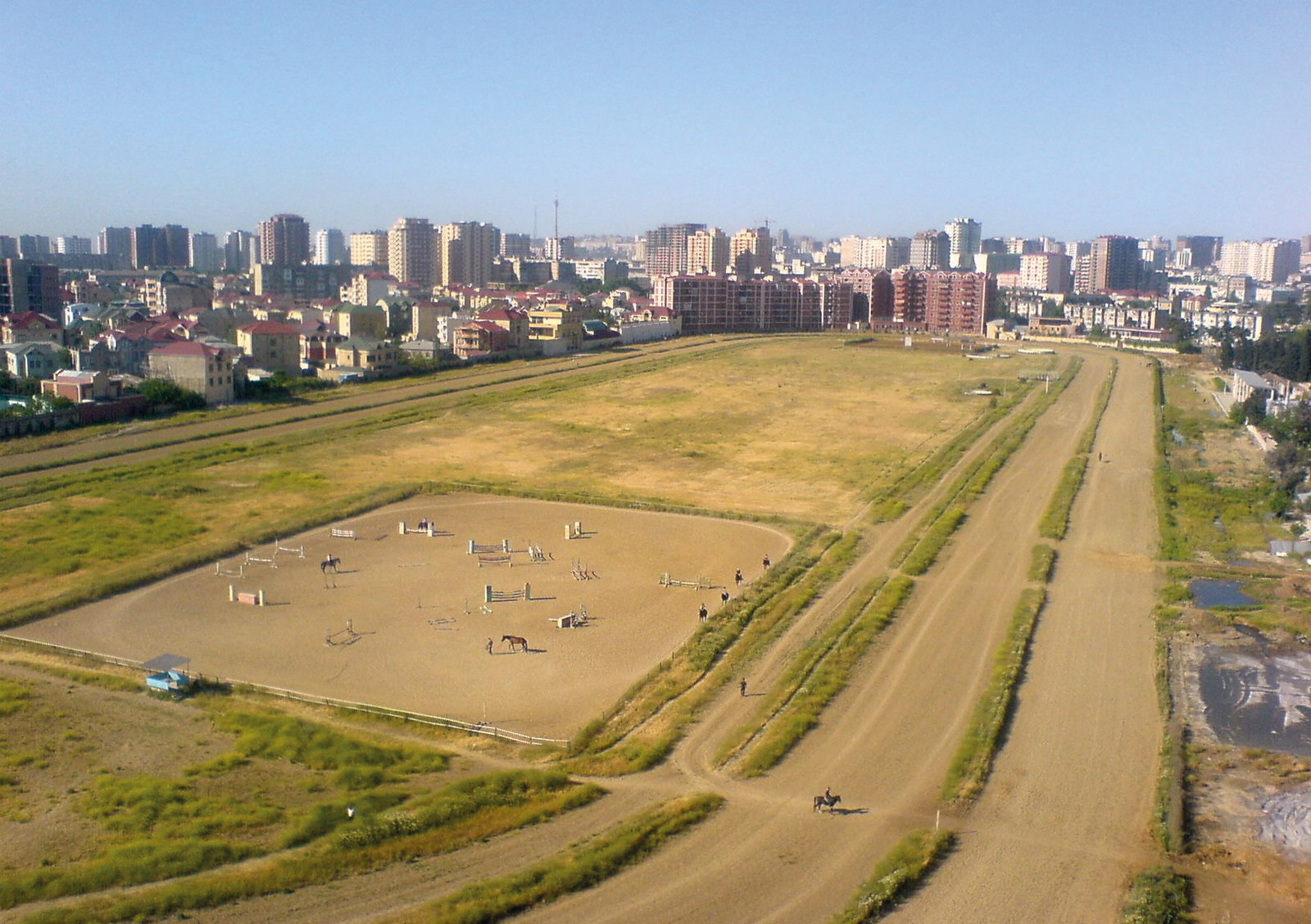 Capricorn is responsible for the "mountains" – the tallest buildings in the city, located among low-rise buildings, as well as administrative offices and heavy industry enterprises. In addition, in the Capricorn sector, you can find objects related to ice and salt mining. The "mountains" of Capricorn in Baku are skyscrapers on Heydar Aliyev Avenue, and they are really located in the lower development area: For a long time it was a factory zone where it was forbidden to build residential buildings. Some of these latest skyscrapers have headquarters for large companies. Among the plants that once were located here, and was the Baku factory of household air-conditioners – here it is, the ice of Capricorn! And for a long time, salt mining was carried out on Lake Boyukshor. 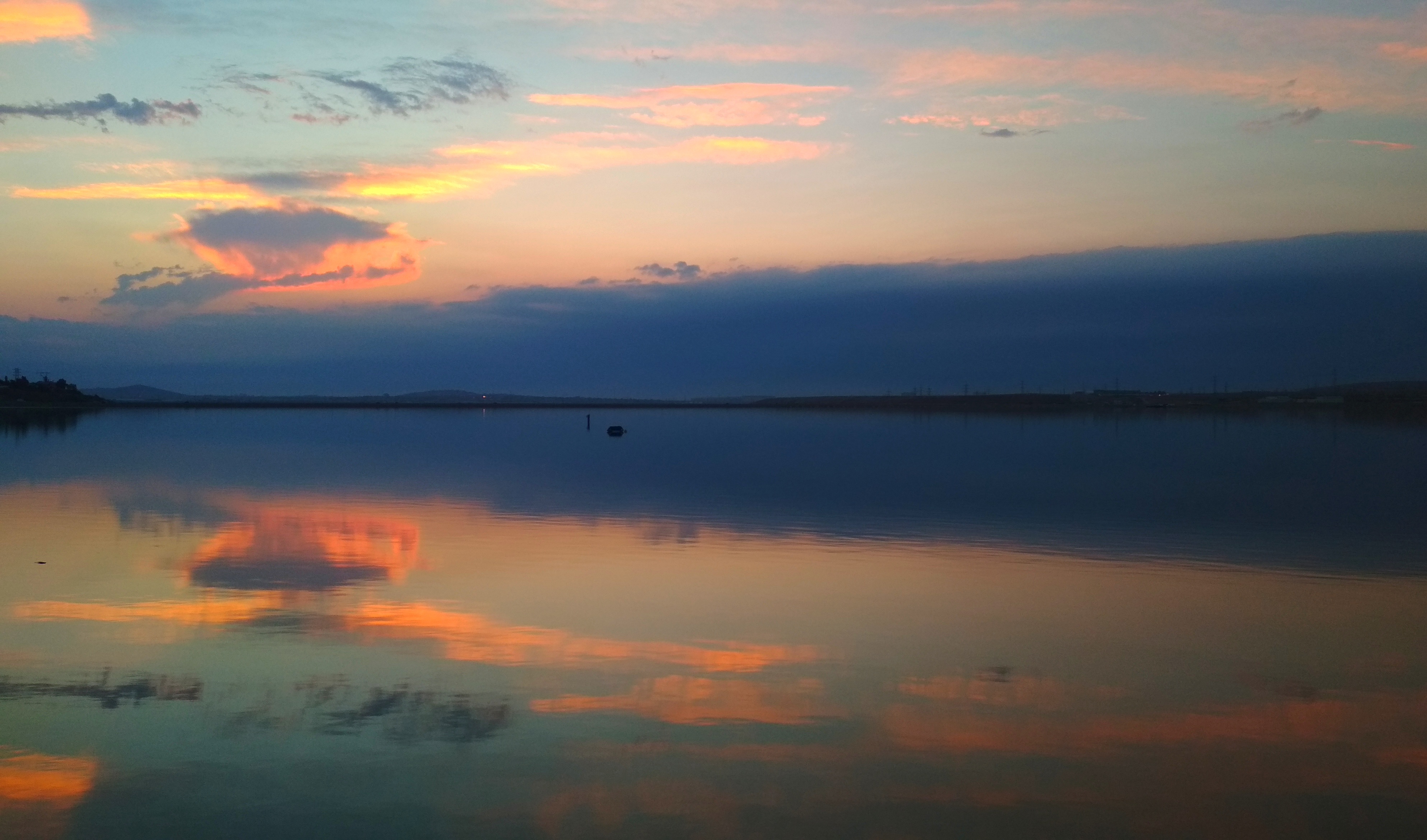 Aquarius takes care of everything related to high technology, electricity, cinema and air transport. He loves ultra-modern architecture, and in addition, this sign is run by objects that are somehow responsible for communications with foreign countries. The Baku sector of Aquarius fits this description perfectly: here are the main air gates of the capital – Heydar Aliyev Airport, as well as a helipad in the village of Zabrat. Futuristic architecture is represented by the building of the National Gymnastics Arena. The settlement of Balakhany also enters the Aquarius sector, in the working club of which the first film show in Azerbaijan took place in 1898 - it was conducted by Baku photographer Alexander Mishon. If we talk about relations with abroad, then near the Qara Qarayev metro station there is a registry office in which the marriages of Azerbaijani citizens with foreigners are registered. And in the village of Nardaran during the Great Patriotic War, there was a school of scouts who were prepared for being thrown behind enemy lines. 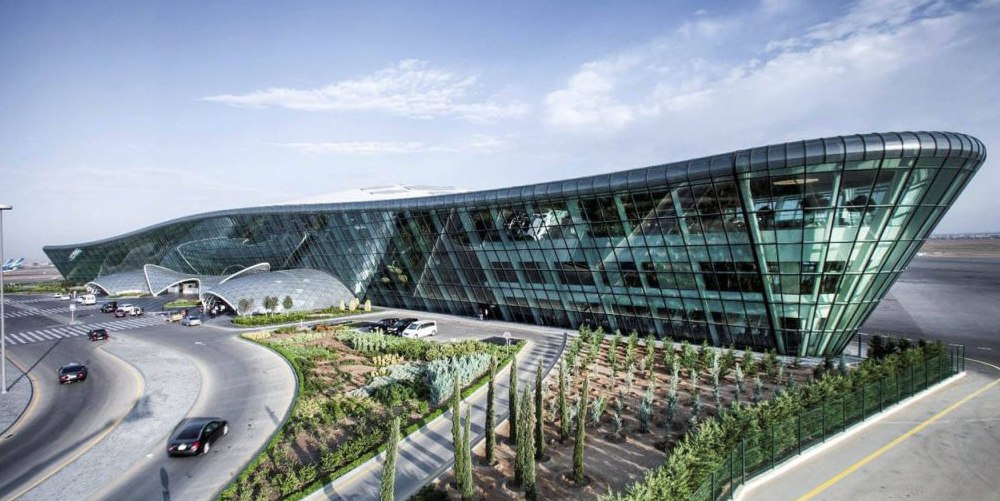 Pisces – the sign of mystery and religion. On its territory, as a rule, there are religious buildings and places of worship, as well as all kinds of places of solitude – from monasteries to sanatoriums – and a lot of greenery: gardens, parks, groves. And, of course, there are many bodies of water – usually not flowing, but with standing water: ponds, lakes, etc. And Pisces love narrow, winding streets. The most famous point of the Baku Pisces sector is the temple of fire-worshipers Ateshgah, in the village of Surahani. An important religious building is also the Mir-Movsum Aga mosque in the village of Shuvalan. Tourists willingly visit the ethnographic museum-reserve in the village of Gala, where in one of the mosques hermits' cells, as tight as wagon shelves, are the true places of solitude! The reference embodiment of the Pisces sector is the village of Mardakan with its many shrines, sanatoriums, dense greenery and a large pond in the arboretum. All this magnificence is connected by winding streets, in which it is not surprising to get lost. 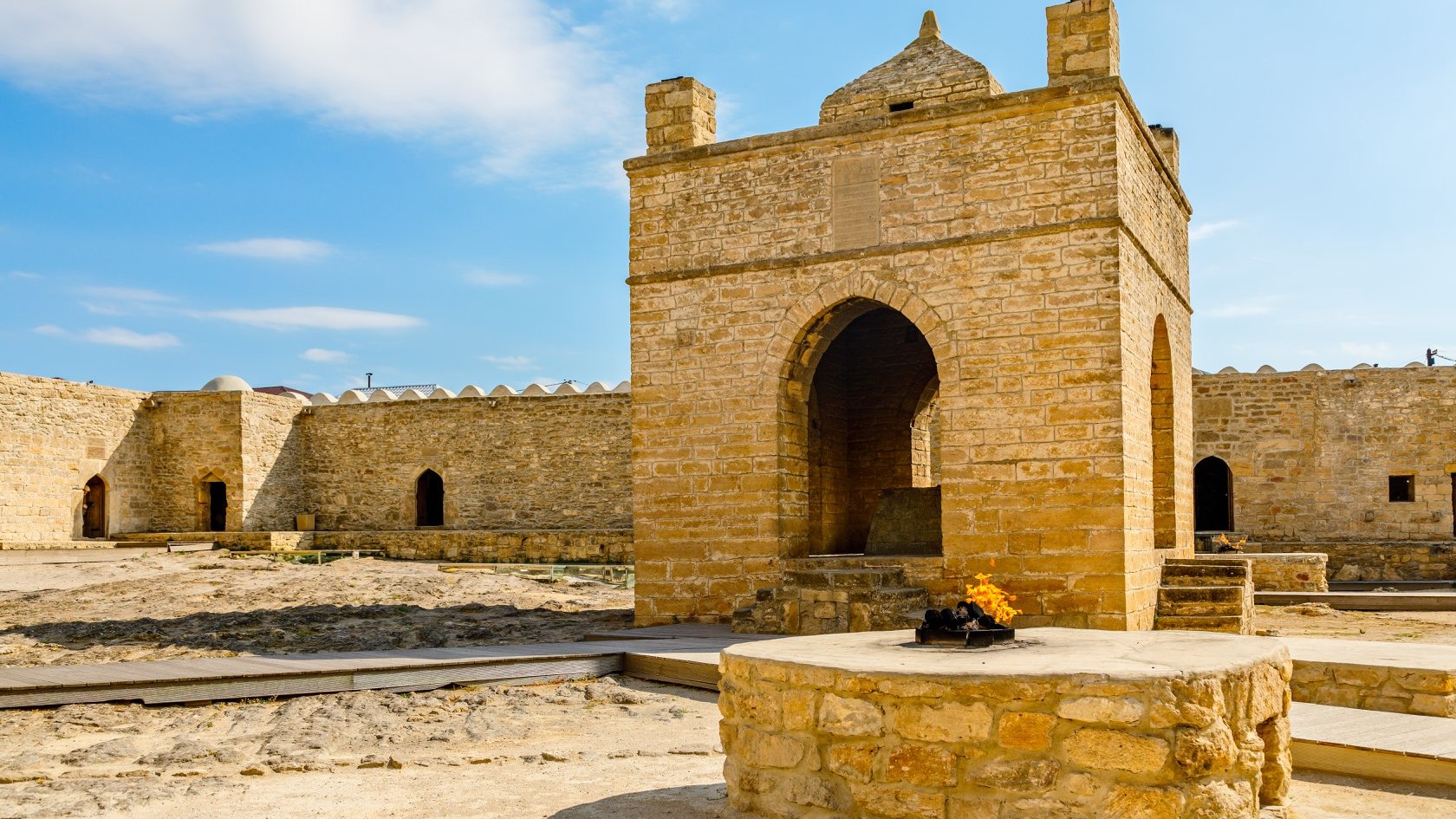 Touch to the eternity