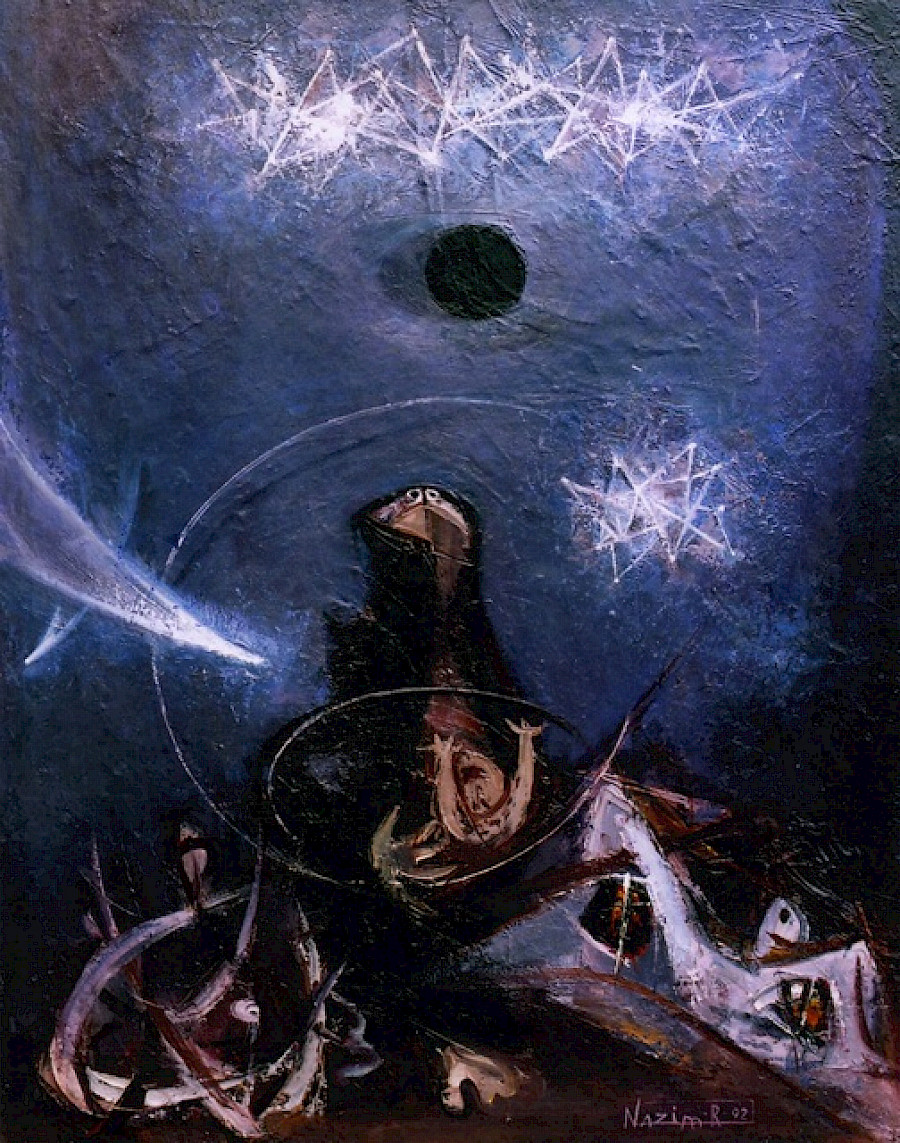 The exhibition "Make an Island for Yourself" continues in YARAT Contemporary Art Space. The exhibition includes the works of the 21st Azerbaijani artist. The curator of the exhibition, Sabina Shikhlinskaya, told NARGIS what stands behind the name of the project, what is it interesting for and why it must be definitely seen. 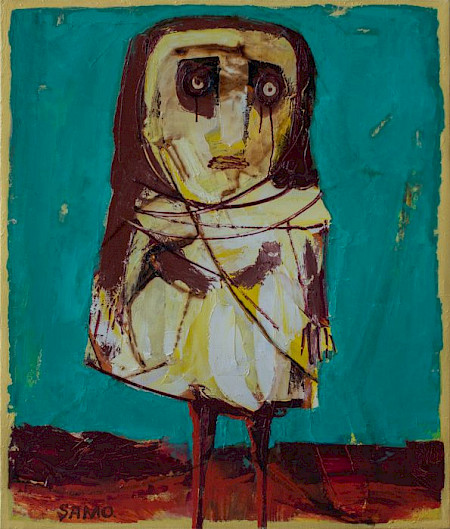 "In the 80s and 90s, a lot happened, and it seemed to me that it was hard and even wrong to combine these periods within one project," says Sabina Shikhlinskaya. - I suggested focusing on 1988-1996, because it was during these years that the Soviet Union collapsed, Karabakh and seven areas adjacent to it were occupied, the Berlin Wall collapsed, East-Western Europe reunited, Soviet troops left Afghanistan... It was an apocalyptic period, and people of art react to everything that happens around and invest in events spirituality and emotionality as much as it corresponds to the scale of what is happening. During these difficult times, painters, musicians, all artists created locking up in their studios. Therefore, we borrowed the name of the exhibition from the poem of our friend, the beautiful poet Aydin Efendi, now deceased, it is called: "Make an island for yourself, make yourself, strengthen yourself in solitude". Perhaps this was the strength to endure these dark times, fortified in solitude. The works that the artists created during this period were later practically not shown in other museums, only some entered private collections and are also unknown to the general public, because the art of such a dramatic intensity usually does not decorate the walls. These works were so frank that the artists mainly kept them in workshops. We have collected works that no one has seen before. On the one hand, it turned out a unique collection of practically unknown works by very famous artists. On the other hand, this is a kind of artistic 30 years old document, which is very relevant in the light of today's events.
Six months ago, starting to work on this project, we could not imagine that a 44-day liberation war would happen, which would return the occupied territories to Azerbaijan. Our project is about the beginning of this war. If anyone doubted that we had a million refugees from Karabakh, pay attention to the series of works "Windows. Refugees' ward" 1993. This is documented evidence that by 1993 there was already a whole city of refugees, and they decorated the windows in tents - that is, it was not about a temporary stay there: their life passed in these tents. And see what works are devoted to the events of January 20th... Artists reflected on the theme of tragic events, creating symbolic works related to the themes of loneliness. These paintings, photographs, sculptures and art objects directly reflect what happened in those years, but you can read the spiritual tension and special internal tragedy in them. 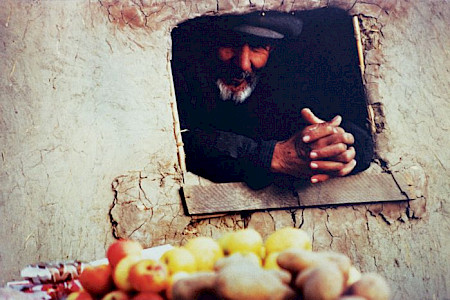 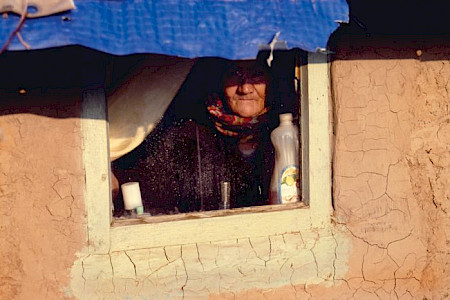 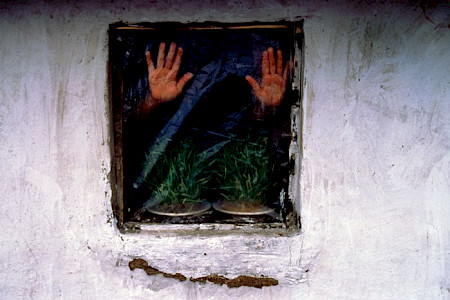 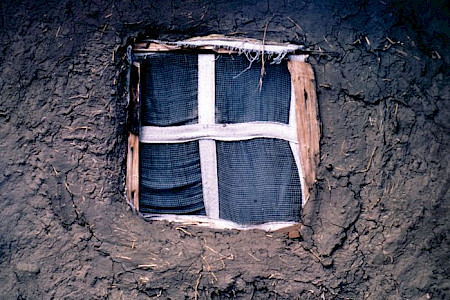 The artist is always alone, always on "his own island," and in times of war and catastrophe, people of art are even more secluded. But getting private for creativity is one thing, and forced loneliness is another. In the late 80s and early 90s, artists had no hope that their works would be needed by museums or galleries, that they would have a viewer and buyer. We didn't believe in the future at all. Hence the division of the exhibition into three parts. The first part is called "Anticipation of an impending catastrophe", this is 1988-1990 - the period of Sumgait events and the appearance of the first refugees from Armenia. The Soviet Union was already falling apart, and we all hoped that a new, bright time would come, but in return we received even more tragic events. Therefore, the second section of the exhibition is devoted to the disaster itself - the tragedies with which the collapse of the USSR was associated. And the name of the third part was borrowed from Kafka - "Rays of light at the end of the tunnel". This is 1994-1996, when things started to get better again. Even the windows in the tents of refugees are connected with hope, because you can see the samani, and the young sprouts symbolize the belief that life goes on. 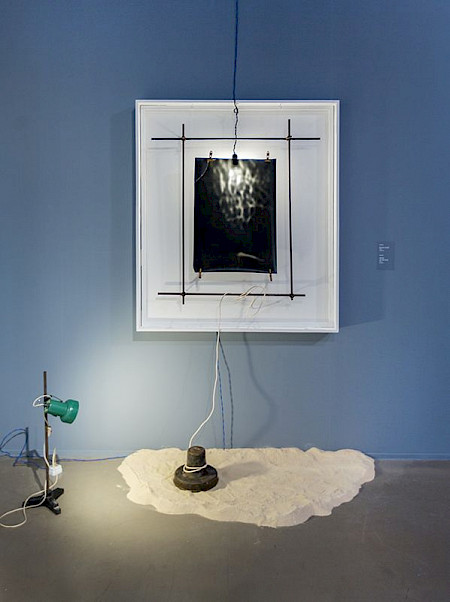 The exhibition is supported by a wonderful video film collected from documentary photographs of those years presented by the Azerbaijan Photographers Union. Thanks to these photographs, poetry, excerpts from the musical compositions of the folk musician of Azerbaijan Rafik Babayev, who tragically died in 1994 during a terrorist attack in the subway, the atmosphere of those years is recreated, and many visitors of the exhibition notice its incredible energy. You don't want to leave here. 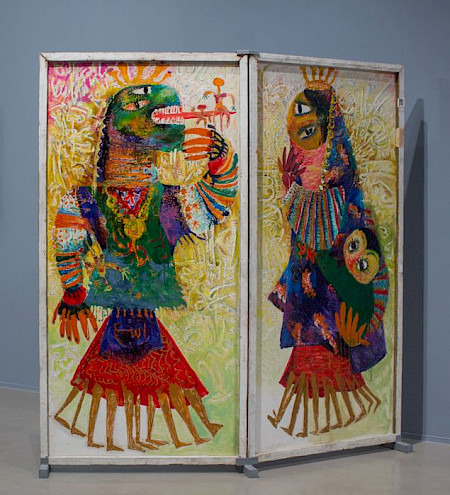 This is the only and largest exhibition in Azerbaijan after the pandemic outbreak. The number of visitors is limited, only six people can be in the museum at a time, in the first week they came mainly by invitation. But I would not want to associate the success of this exhibition with its attendance. Professionals who have seen it say that it will go down in the history of Azerbaijani art, because this is non-commercial art without any conjuncture. And because a very important period will be affected. We won the war, but we lost the information war for 30 years, and today the world, which, unfortunately, does not fully understand what is happening in Azerbaijan, can be present this exhibition as an artistic and historical document. Therefore, we have timed the public educational program for the exhibition, and for those who cannot get into the museum, we shot a virtual tour, it is available on the YARAT website and allows you to observe each artwork from different angles, also download videos, enlarge details and so on...
A live exhibition is not comparable to a virtual one, nor is a musical recording can compare to a live performance in a concert hall. Nothing can compare with the energy of an artistic work. But the pandemic has shown that openings for thousands of people and huge overcrowdings may not be needed. I like such a chamber format: there was no opening, there were no 300 or 500 people at the same time... In a large crowd it is impossible to give neither a curatorial tour, not anything else. We are getting much more tired now, because five or six groups of three or four people a day come to us. But I'm talking to you face to face. And in the old days, we would all just drink a glass of champagne at the opening and disperse".

The "Make an Island for Yourself" exhibition is open until June 2021, visit hours are indicated on the YARAT website.