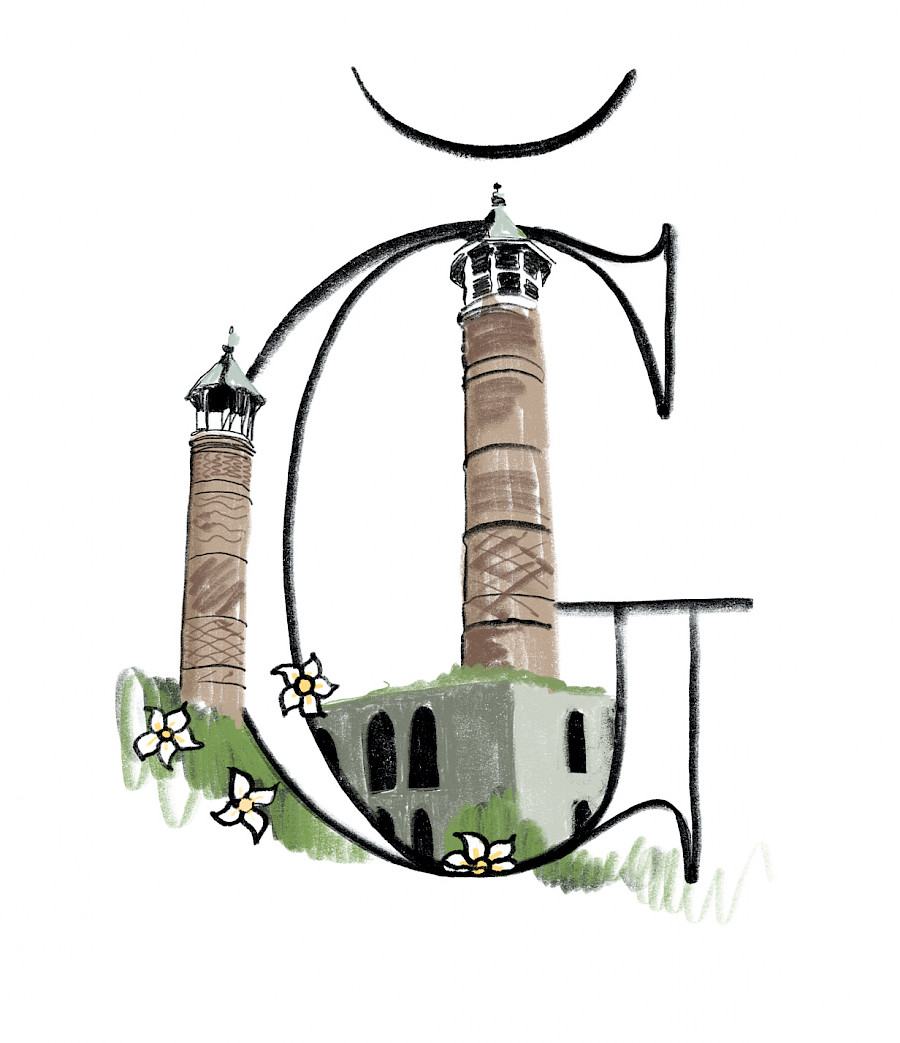 It was called the "Black garden" for the lushness of its vegetation. "Even if the whole world turns into a paradise, we will not forget Karabakh", the khanendeh sing. It was here that one of the masterpieces of the intangible heritage of humanity, mugham was first heard. It was here that a symbol of Azerbaijan, particularly valuable mountain race horses were bred. It was here that thick wool threads were woven together in geometric carpet patterns. Here, in Aghdam, there was a mosque untouched by the Soviet authorities that the inhabitants of the nearby regions used to go to for their Friday namaz. Today, the Aghdam mosque is in the occupied zone.

Illustration and text: book Əlifba. A Cultural Alphabet (by NARGIS)