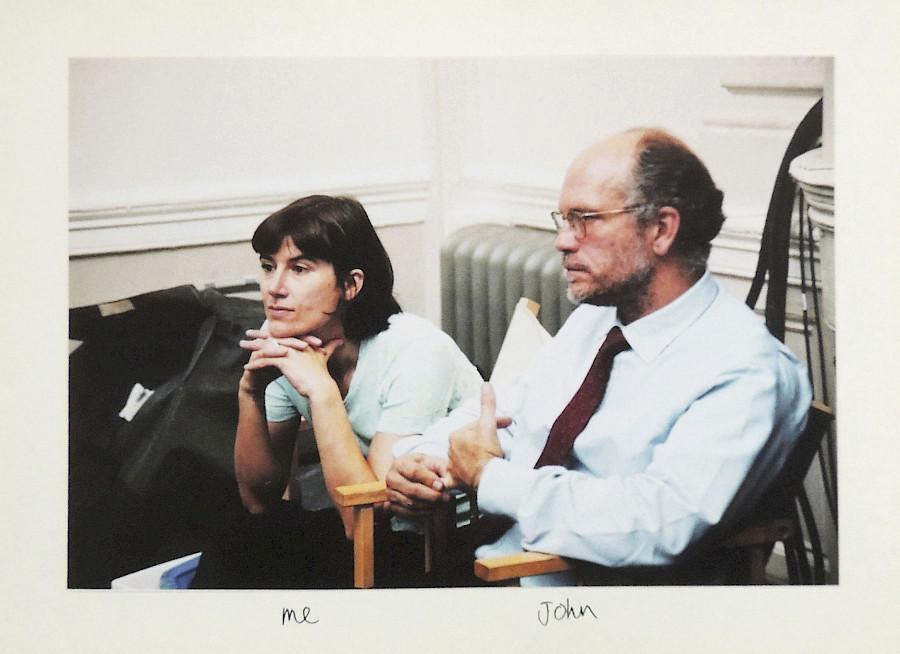 Her great-grandfather was Sigmund Freud, the creator of psychoanalysis. Grandfather – architect Ernst Freud, father – artist Lucien Freud, a representative of figurative painting. And Bella Freud herself became a fashion designer; Bella Freud clothing is worn by British Vogue editor Alex Chang, supermodel Kate Moss and other media people and world stars. Genes define a lot. In Bella's case, they explain her view, penetrating into objects and phenomena, the desire to analyze the causes, and how thoroughly she answered our questions. 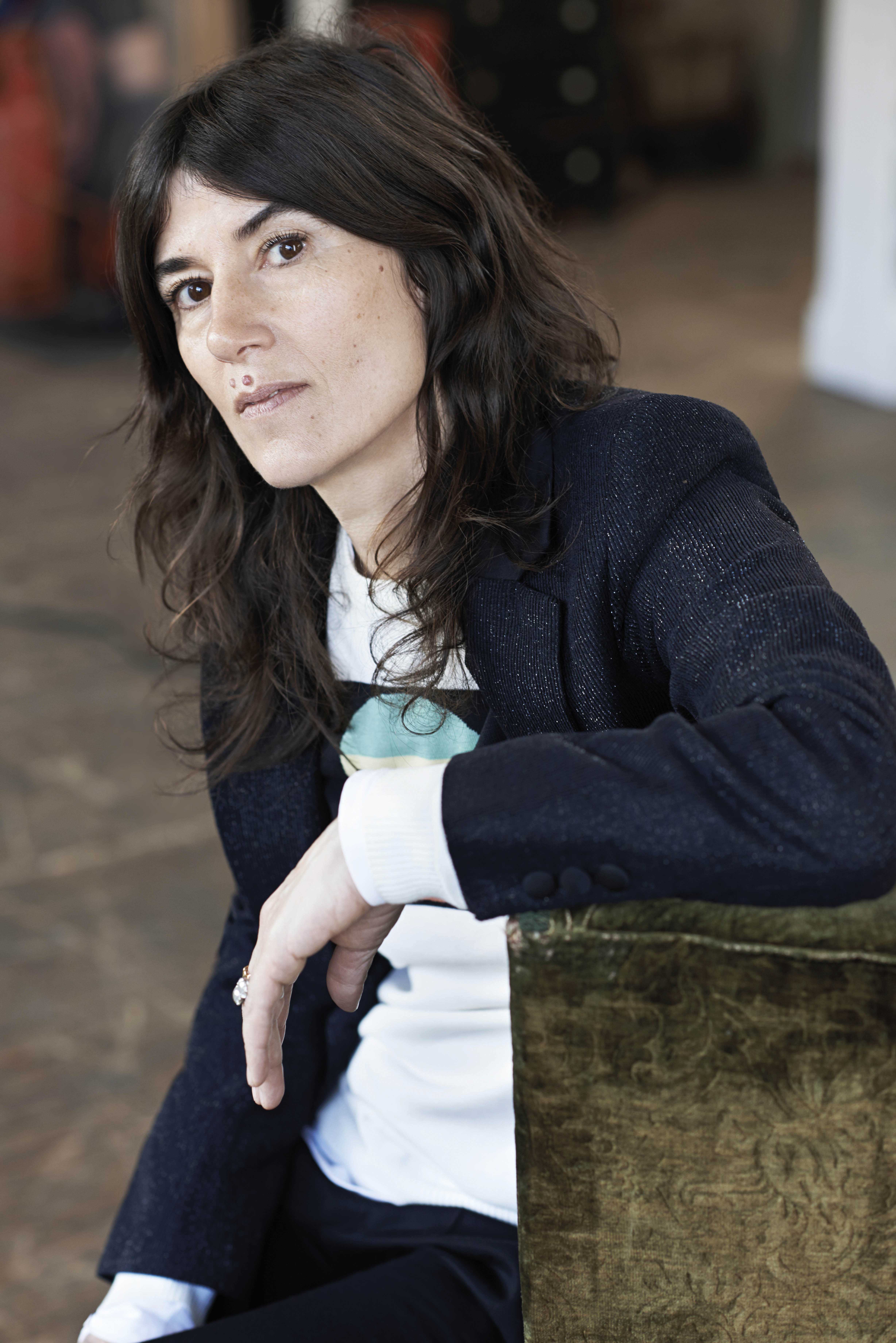 I'm not sure that this can be called an interest in fashion, I would call it more like an interest in clothes. I became interested in clothes at the age of nine. By the way, as a child I loved to wear clothes for boys: it seemed to me that this way I was getting stronger. And as a teenager I was attracted to punk rock. At that time, it was very fashionable and carried the possibility of self-identification, the ability to change.

But why did you feel stronger in clothes for boys?

I was born in the 1970s, when being a woman meant being initially at a disadvantage. When I was in school and I was asked what I dreamed of become, I always wanted to say: a farmer. But instead I had to say that my dream was to marry a farmer. Because the farmer, in the general sense, could only be a man. Now everything is different.

You were born in London, where there is the prestigious Central College of Arts and Design named after St. Martin. Why did you go to do so far, in the Roman Academy of Costume and Fashion?

I fell in love with an Italian and moved to Italy. In general, the academy was not so good. I liked to watch the work of Italian artisans more, to study their high standards of making clothes: how they make the seams on the tails of jackets, handle buttonholes – all this was done manually... In the 80s in Rome there were many tiny ateliers, sewing and shoe shops, and I liked to watch the work of craftsmen. Then I graduated from the academy and went to study at a school for seamstresses. But it was already hard work, but for me it turned out to be the most important and useful. This was nothing of fashion, only work, but I learned the secrets of sewing. 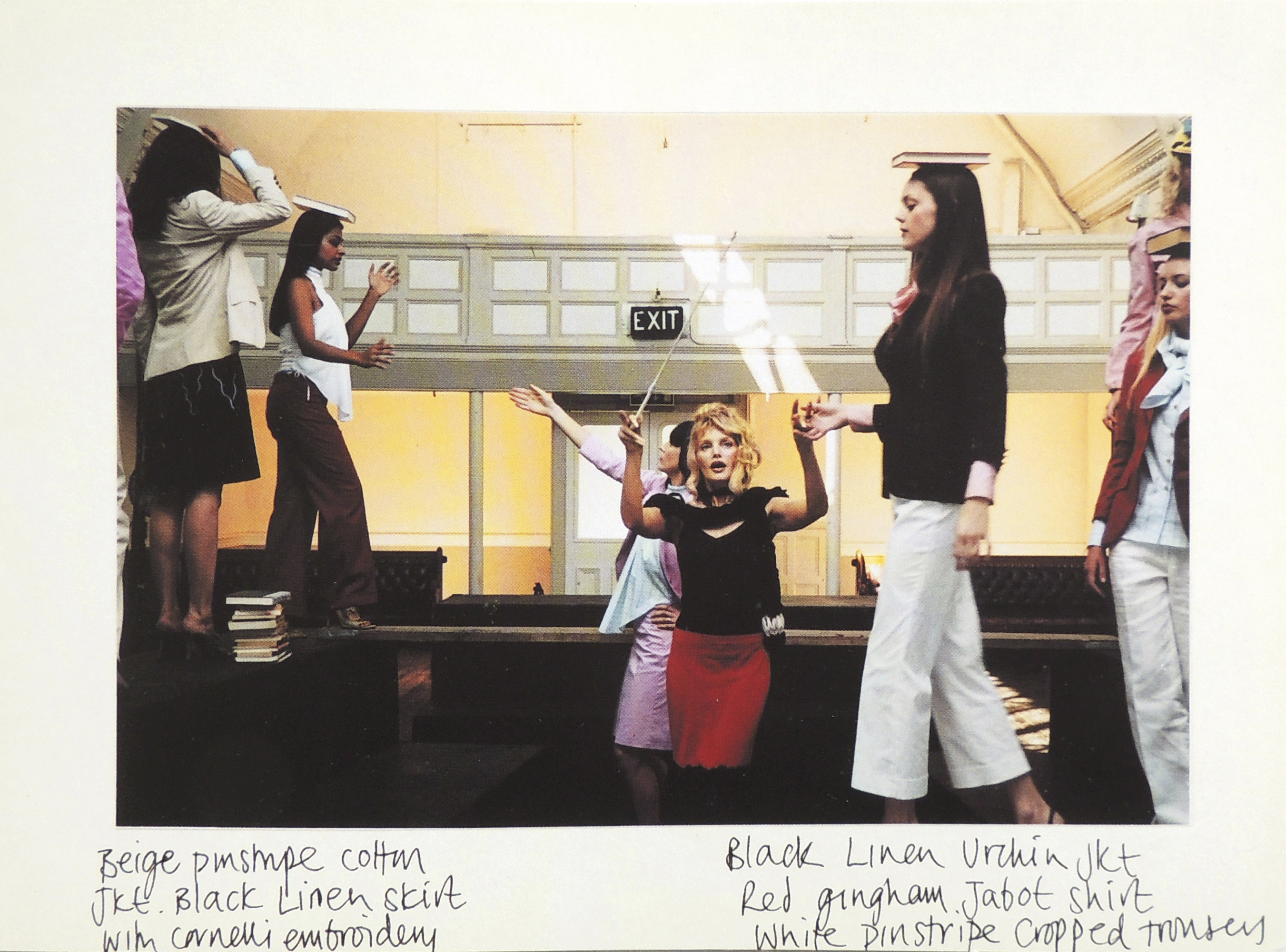 How did you start working for Vivienne Westwood?

I worked for her shows, while still a teenager. After graduating from college I returned to her, worked as an assistant. I admit, it was a difficult time! Three years later I left and founded my own brand. But I learned a lot from Westwood, and the most important of all the lessons I learned, was always to go forward, despite difficulties and obstacles. I learned from her courage – this quality is simply necessary in the fashion business.

What fabrics do you use?

I like Scottish tweed and such traditional English flannel. I love muffled tones. Now, seeing my models on the Instagram photo, I understand how the fabric requirements are changing: it should look attractive even on the photo. If I want to sell a lot of models, I have to create those in which girls would look like works of art. I try to look at my work from different angles.

How do you see the fan of the Bella Freud brand?

I think this is the one who wants to be noticed, but has not yet found herself, her style. And I like to imagine that she can find herself in my sweater. There are a lot of those who like our brand and that’s all, of course, different people. But it seems to me that they all perceive my sweaters primarily as additions to themselves. Sometimes, walking with a dog and meeting a girl in a jumper of my brand, I think: how nice it is that she chose me to tell about herself! 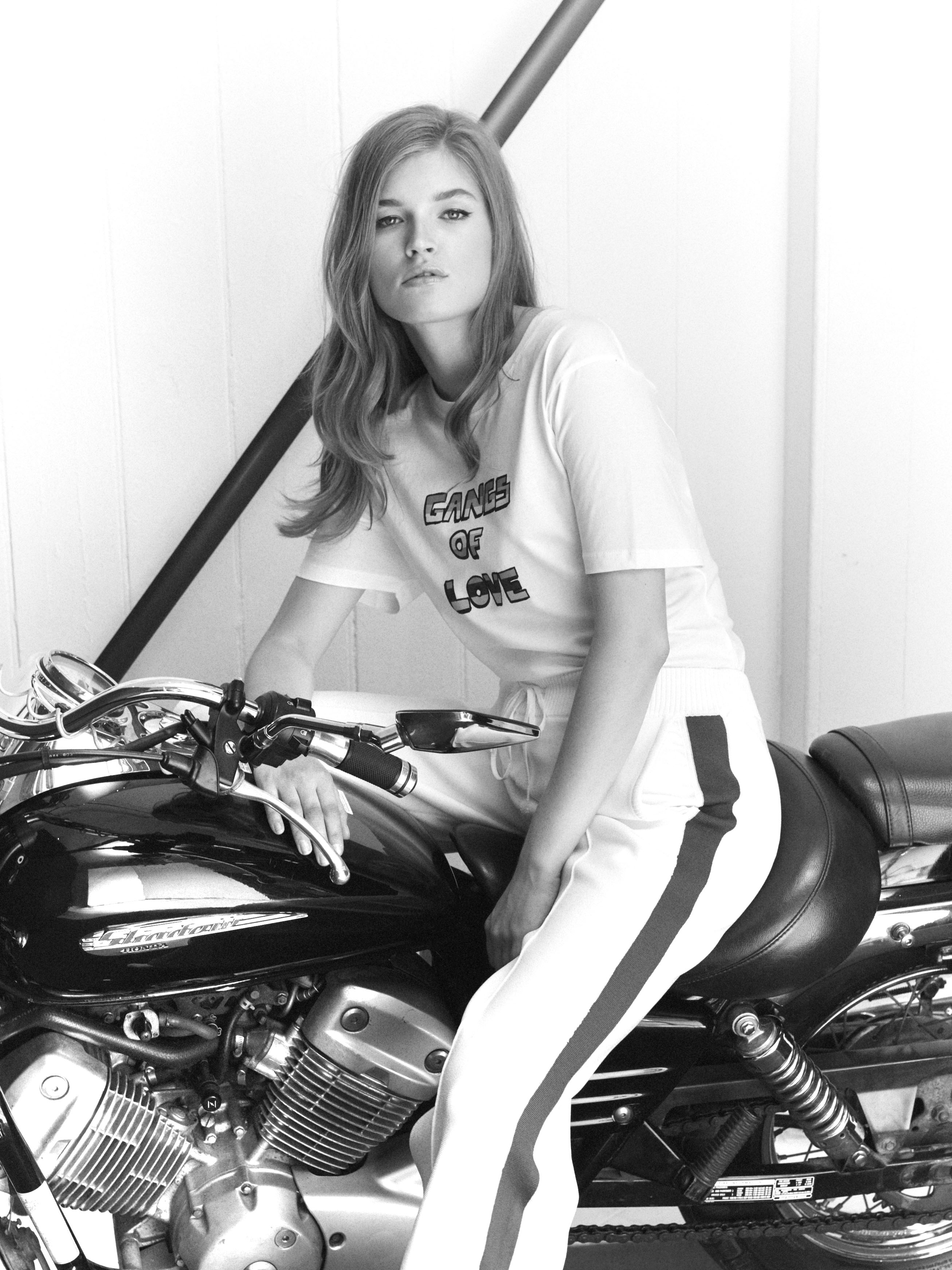 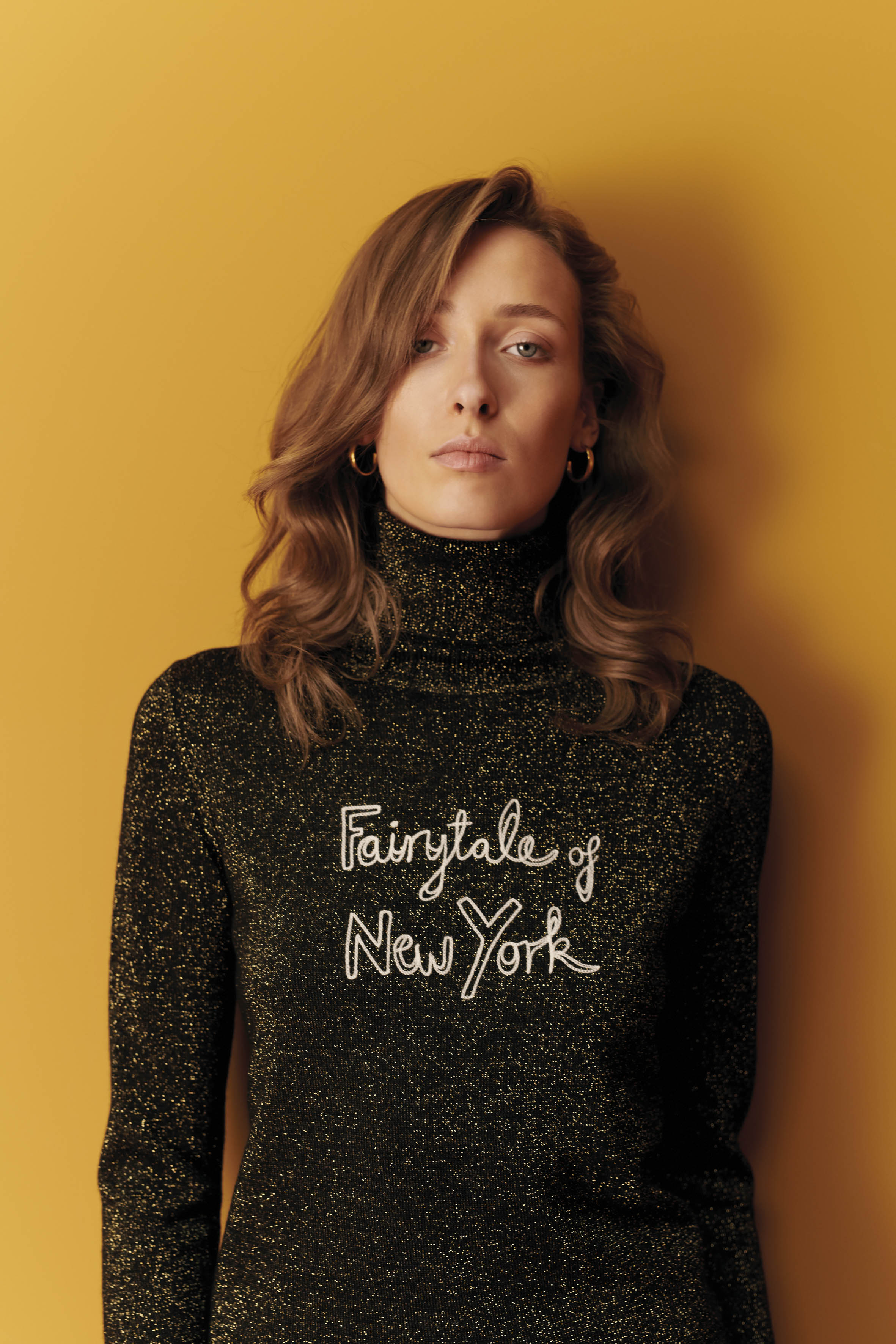 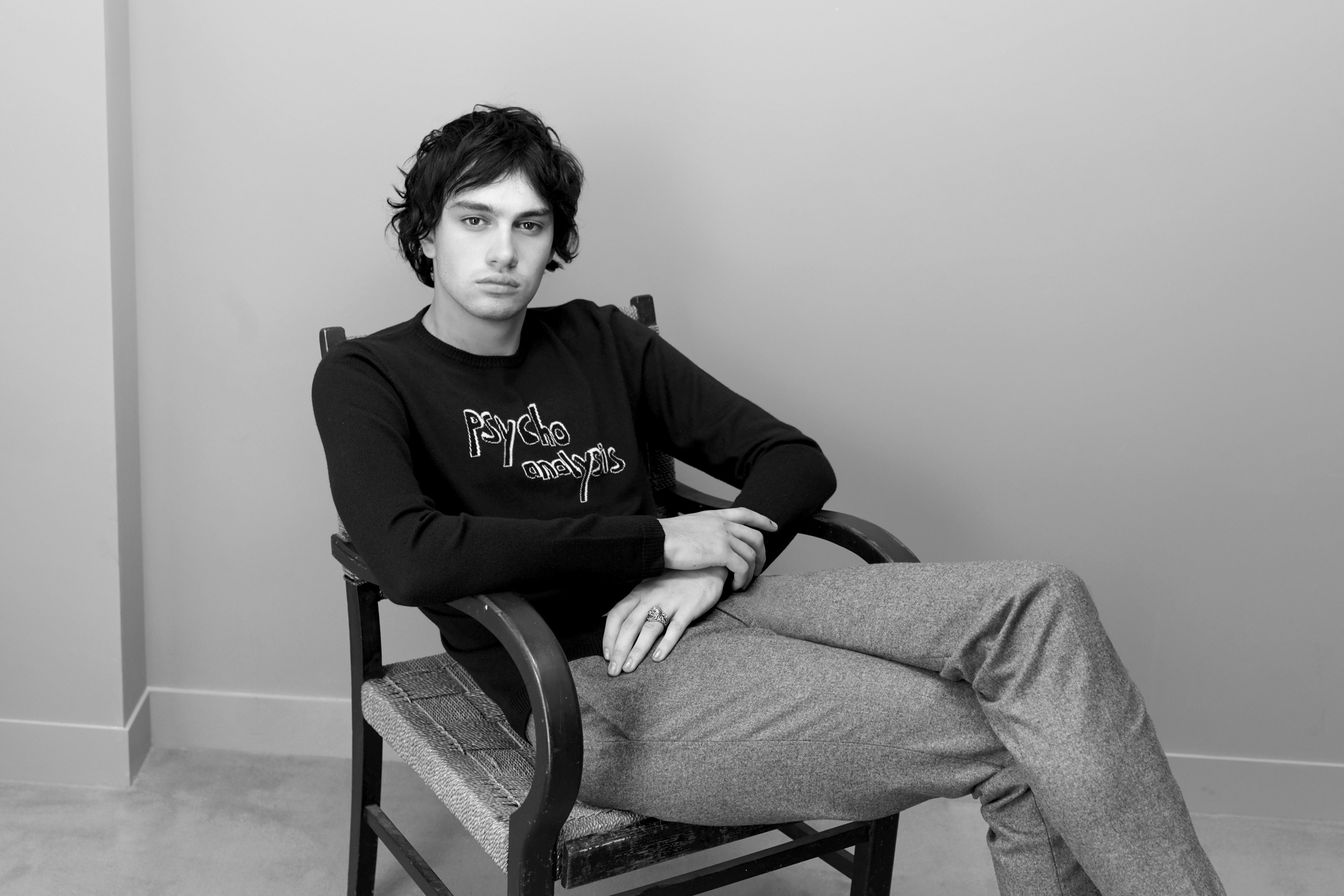 Why was the jumper the basis of your collection?

I started with jumpers, because they are pretty simple to make and easy to imagine what they will be. In addition, I like their duality: soft and at the same time rather dense to the touch, they seem to represent you and at the same time hide you. Jumper accompanies you all your life, and it is always associated with fashion – the image seems to be usual and familiar, but every time a new, changing one. For me, it has become a page that I write myself, and I get great pleasure from it!

And how did the jumper with the inscription Ginsberg is God, Godard is Dog come out?

I shot a short film with John Malkovich. Before that, I had already dreamed of working with a director who was not connected with the world of fashion, but was interested in it. Somehow I was introduced to Malkovich. We made three films together – they are on my website. The last of them is about a group of beat girls who are waiting for a poet, waiting for the start of poetic readings. In the 1970s, Clapton is God T-shirts were popular because for some, the rock musician Eric Clapton really was a god. I wanted to find a hero as popular in the world of literature as he is in the world of music - he became the writer Allen Ginsberg. But in fact, for me, God is love. I am truly happy when I see how love motivates people, how it forces them to act, treat others with respect and show self-esteem. I’m not talking about the universal love that the hippies were called for – I’m talking about the sensitive, caring attitude towards each other that modern people need so much… 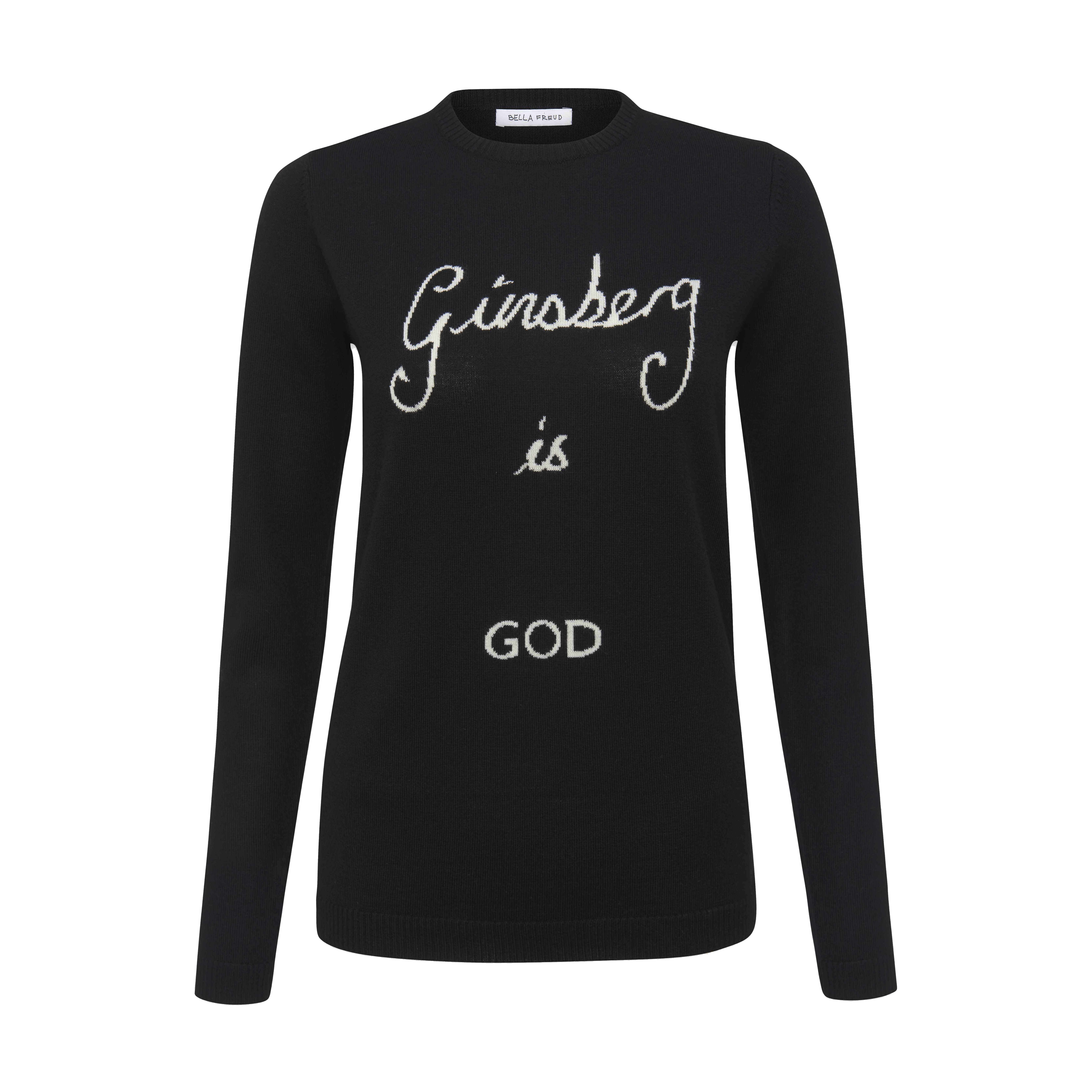 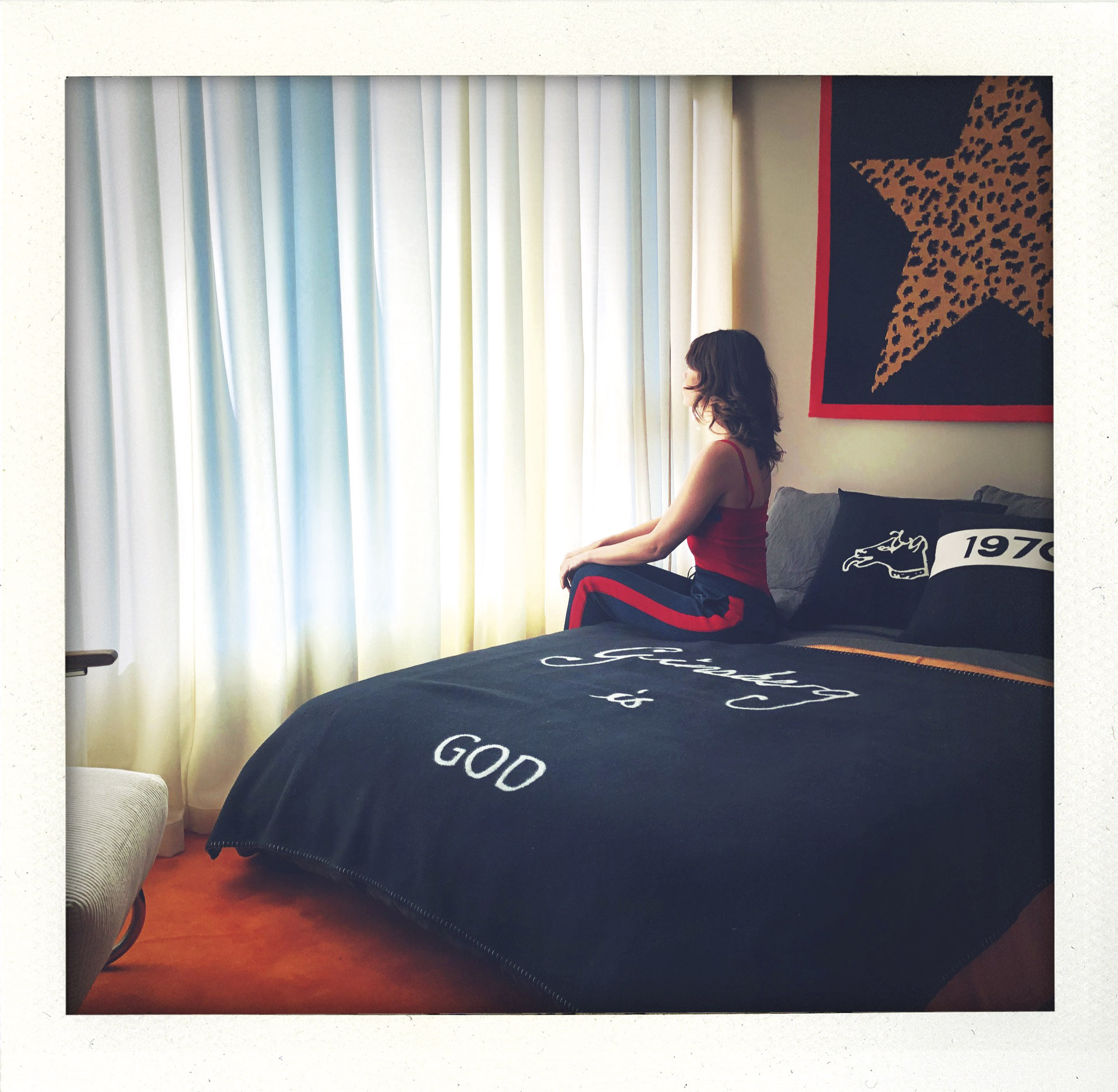 Let's talk about your work in the cinema. The film Hideous Man, created by you together with Malkovich, is distinguished by noticeable details and a special atmosphere. Who else worked in the team?

The biggest team worked on this film. John gave ideas, and I made up stories with costumes, held casting... It was an exciting time when people related to music, movies, just friends gathered on the set! 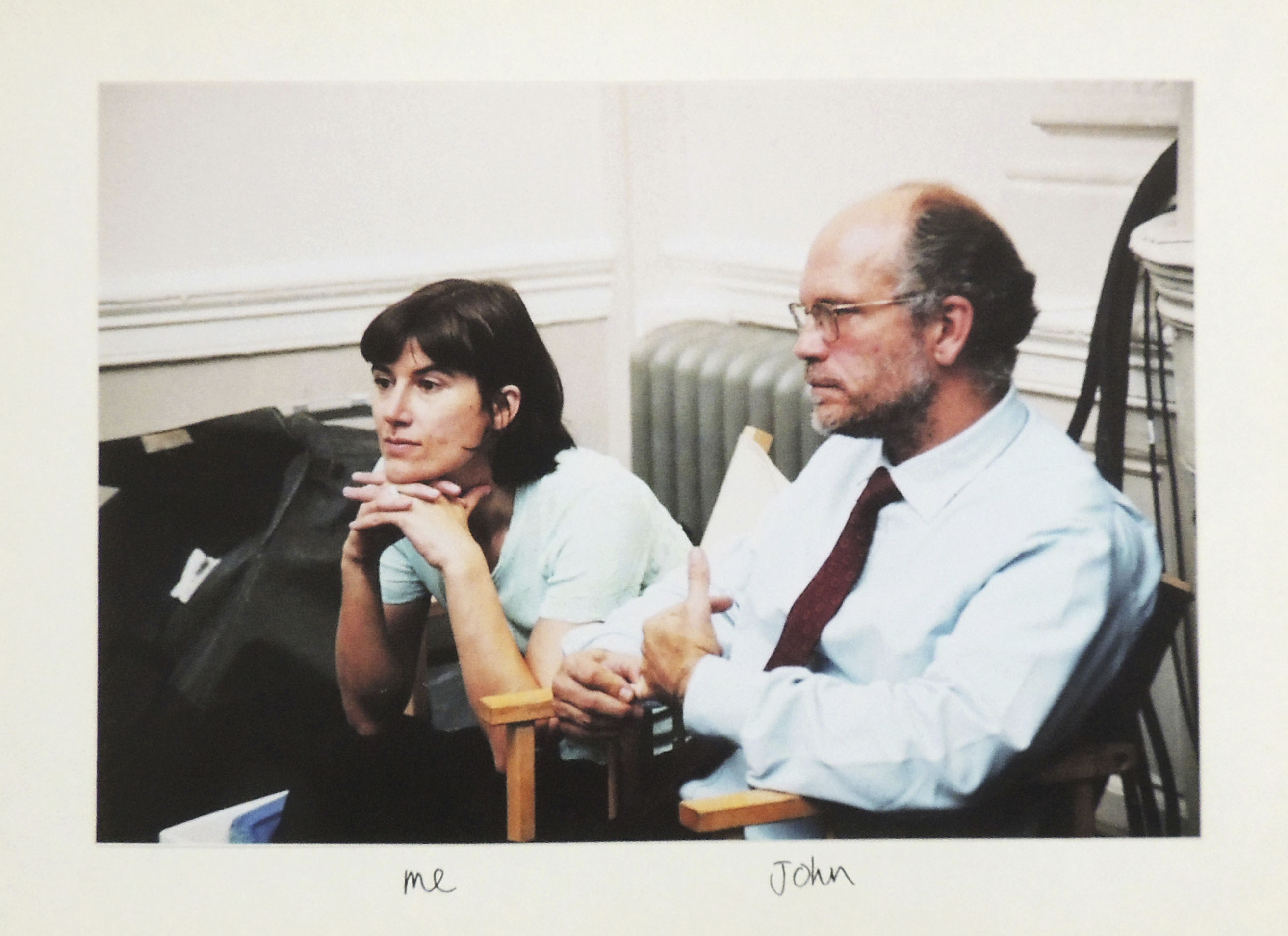 You often mention the 70s. As can be seen, there remains something else, except for childhood and adolescence? What makes you go back in time?

For me, these years have become, in addition to childhood, a time of growing up, when I, after graduating from school, began to separate from my family, a time of self-identification, protests against society, traditions... I don’t like retro, I don't like to plunge into nostalgia. But I like the colors that were then fashionable, I am attracted by the combination of smooth and mesh textures. I like the 70s graphics. For many years, people focused on the aesthetics of those years, now they are talking more often about the 90s... Another generation has come, it is already old enough to start looking back twenty years in order to explore that time and find something significant for themselves. Of course, the 90s were also interesting, but for me the 70s were the most important time! 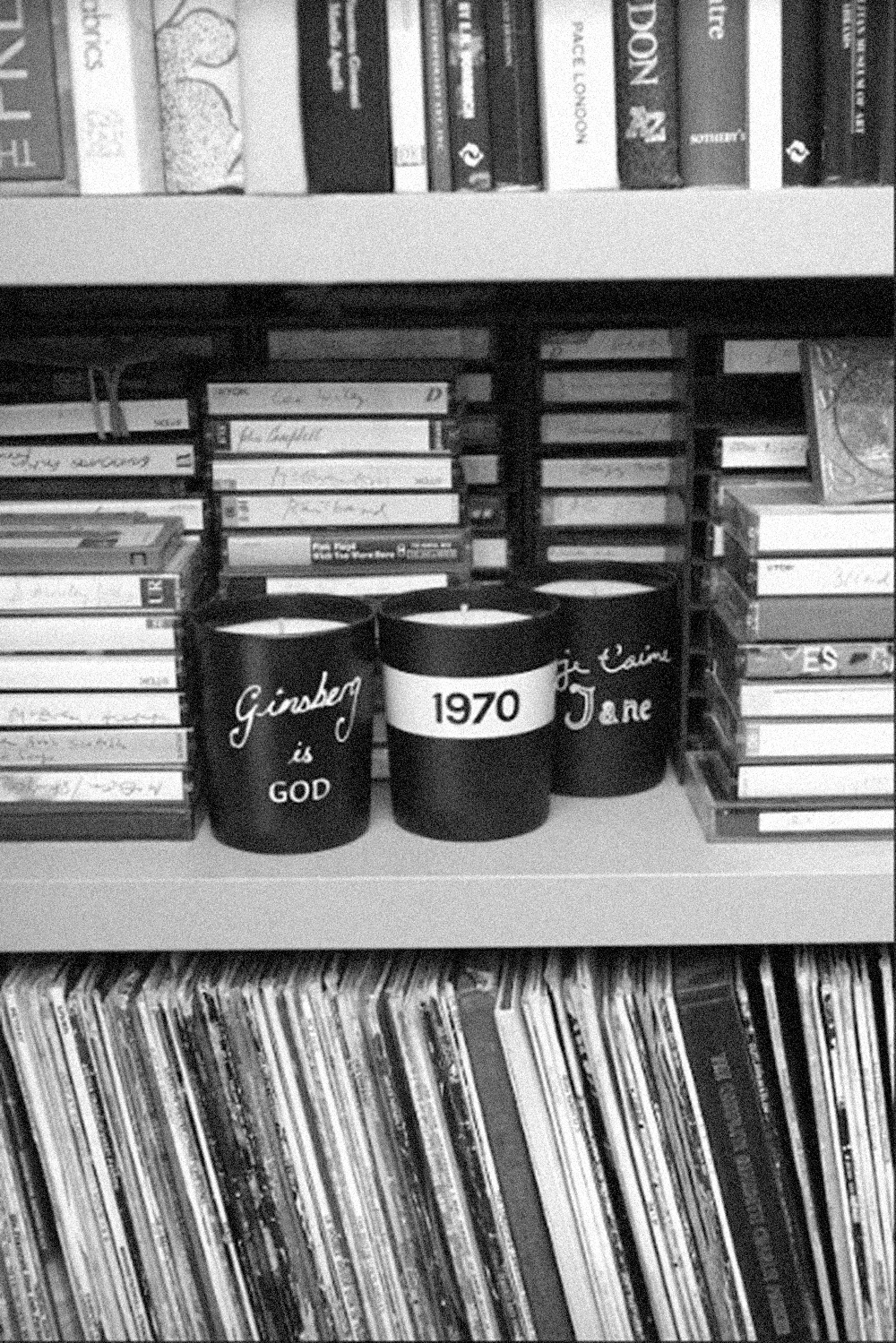 You enthusiastically invent inscriptions for jumpers, lead a newspaper column about fashion. Who are you – a fashion journalist or press designer??

I am a fashion designer, this profession is my kitchen. Fashion for me is an opportunity to speak out. But it gives me pleasure to write, I also do interior design, I make movies. I try my best and it makes me happy. When I work on something, I devote myself entirely to this work – in my soul, body and mind. And when something turns out for me, it causes a new wave of creative ideas. 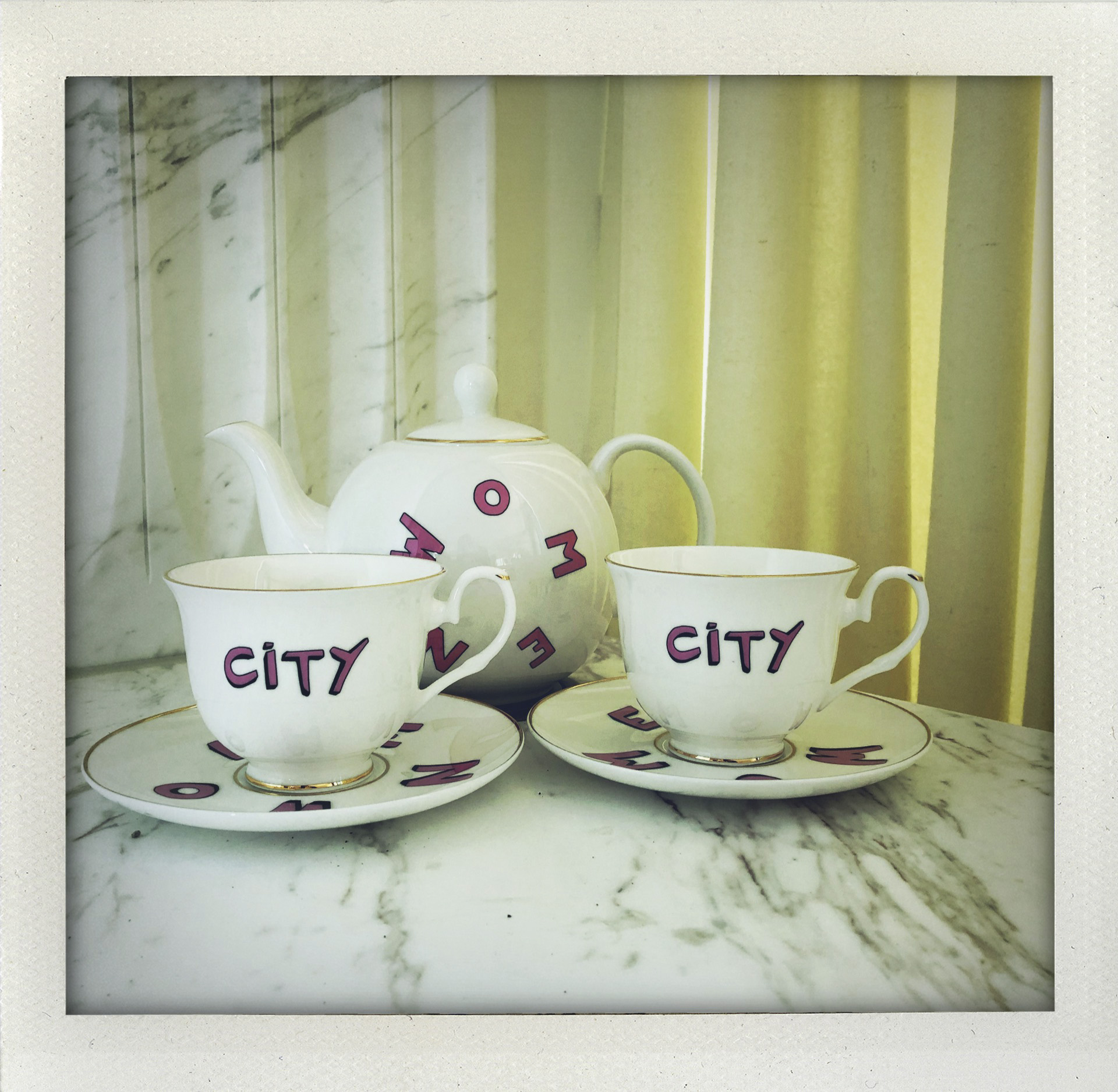 Your brand also offers scented candles and perfumes. What is your favorite smell?

When I was little, we lived in Morocco. I still remember the huge, sunny Moroccan bazaar, over which magical oriental smells soar. These aromas are always with me, they are relaxing to me.

Why do you think women are the most dependent on fashion?

Traditionally, this business is focused on women. This is understandable – they have richer wardrobe and more variety in clothes: they wear pants and skirts. But times change, the fashion world is expanding for men. And, not least, the attitude to what we wear is changing: young people are more and more interested in recycling and reuse of clothes.

And what is more important in fashion: to follow the trends or think about the eco-friendly clothing?

Clothing must be desired – this is the most important, otherwise everything else will not matter. And the essence of our work is precisely to make such clothes, which will be desired. So, before embodying environmental principles in clothing, you need to carefully think through the design. 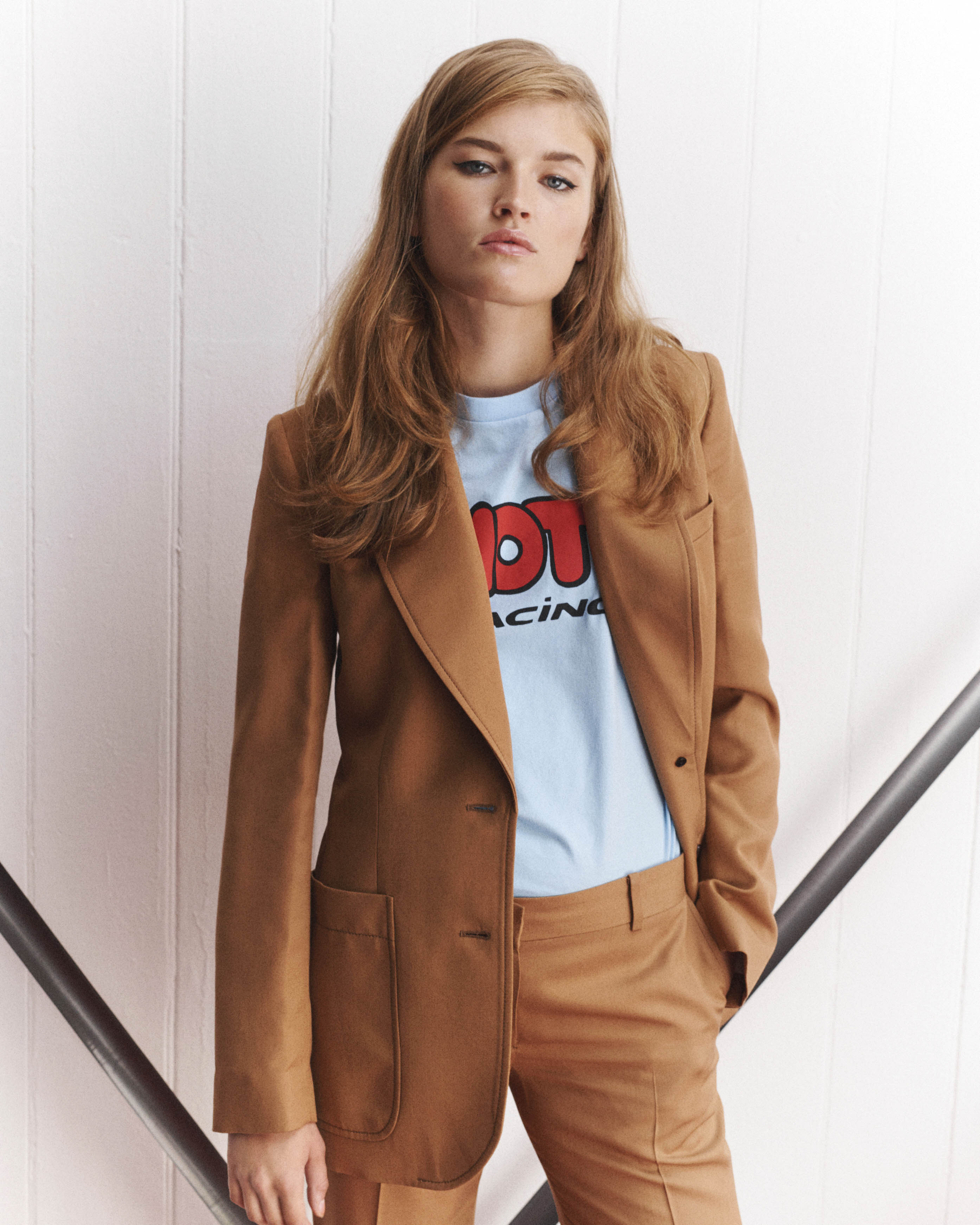 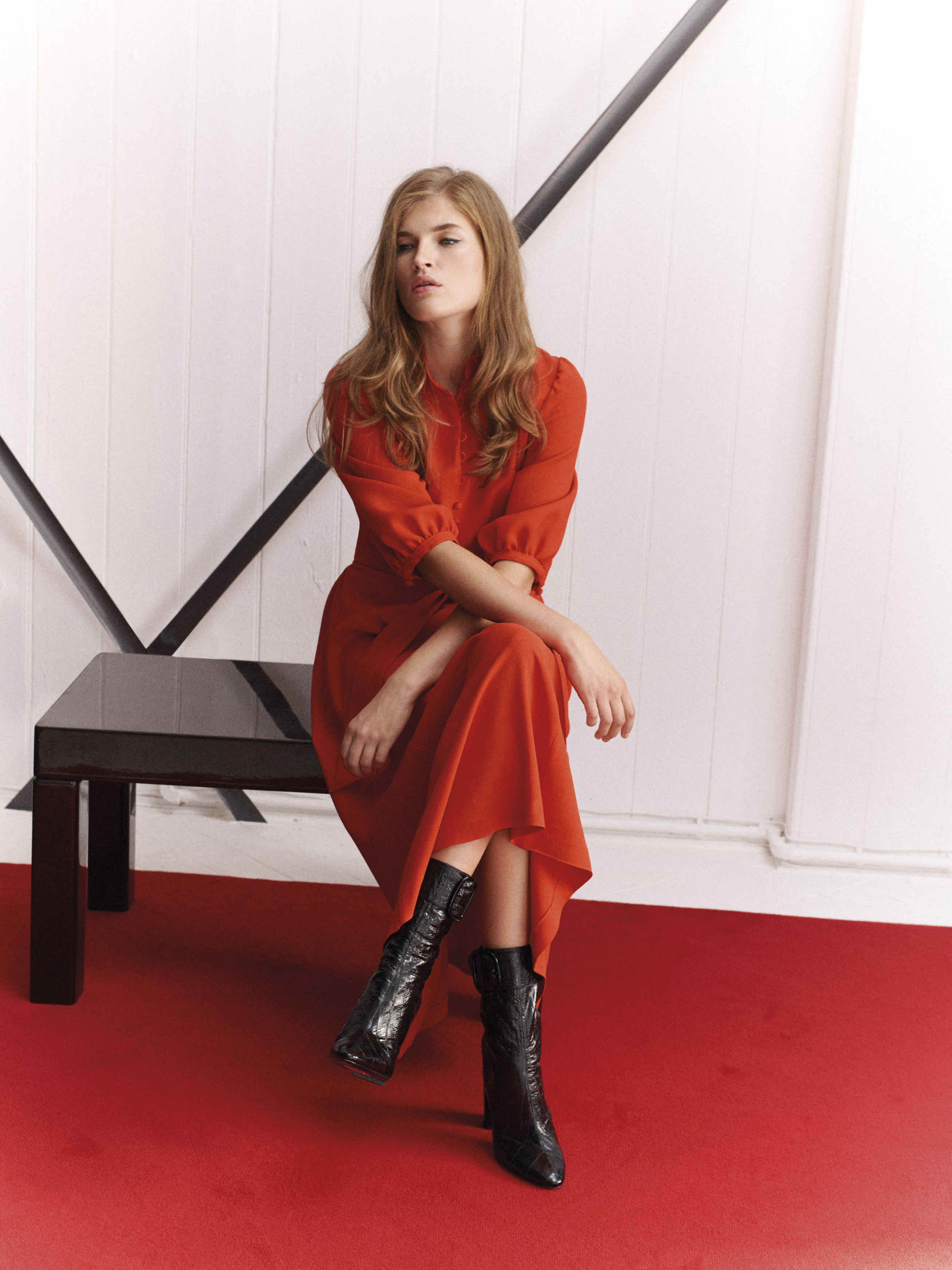 At the end of the 19th and the beginning of the 20th centuries, influencers were mostly artists, then they became actors, then writers; the era of the beatniks began with the "accession" of poets, and ended with the fact that musicians began to set the tone for fashion. Why do you think that now the designers themselves turned out to be the influenzers?

Over the past twenty years, fashion itself has become a fashionable occupation. When I first became interested in this business, it was in a specific area of interest – it was a niche phenomenon, oriented to the eccentrics or the rich, and often became a target for ridicule. A huge shift occurred when High Street realized that you could make good money in fashion by inviting creative designers, rather than simply replicating horrible copies. Being available for people with low income, fashion captured their minds. Among the designers appeared their stars – alchemists of their own style, creators of potential happiness for men and women who want to feel special, to believe in their uniqueness. The question arises: where do designers take ideas to give people all this? Answer: everywhere! — N

*The material was published in the 58th issue.

HER STORY: The first female sniper of Azerbaijan