On the doorstep to the innermost world. Javad Mirjavadov 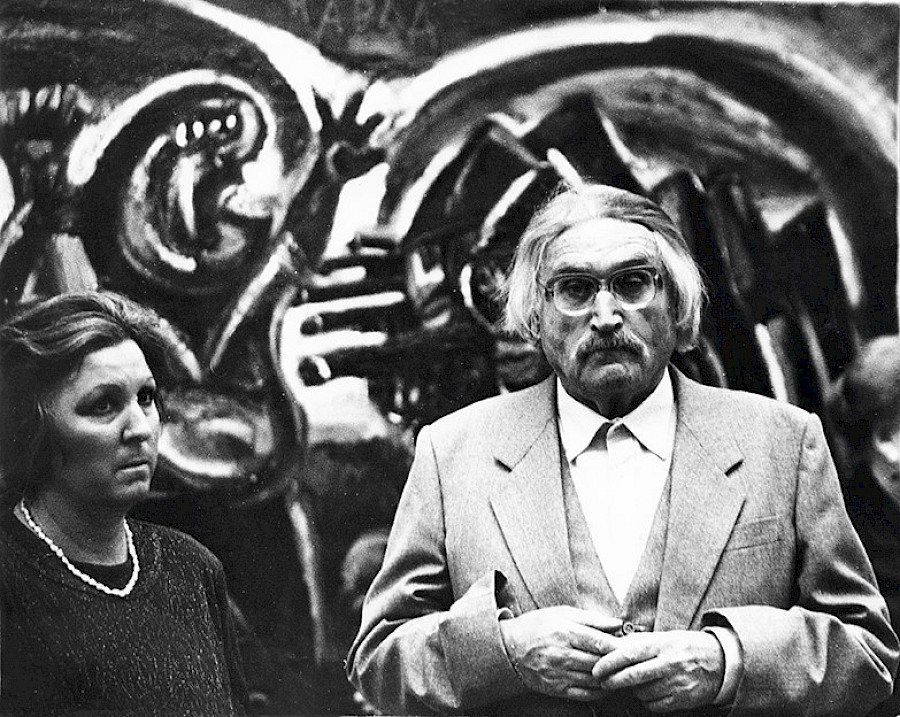 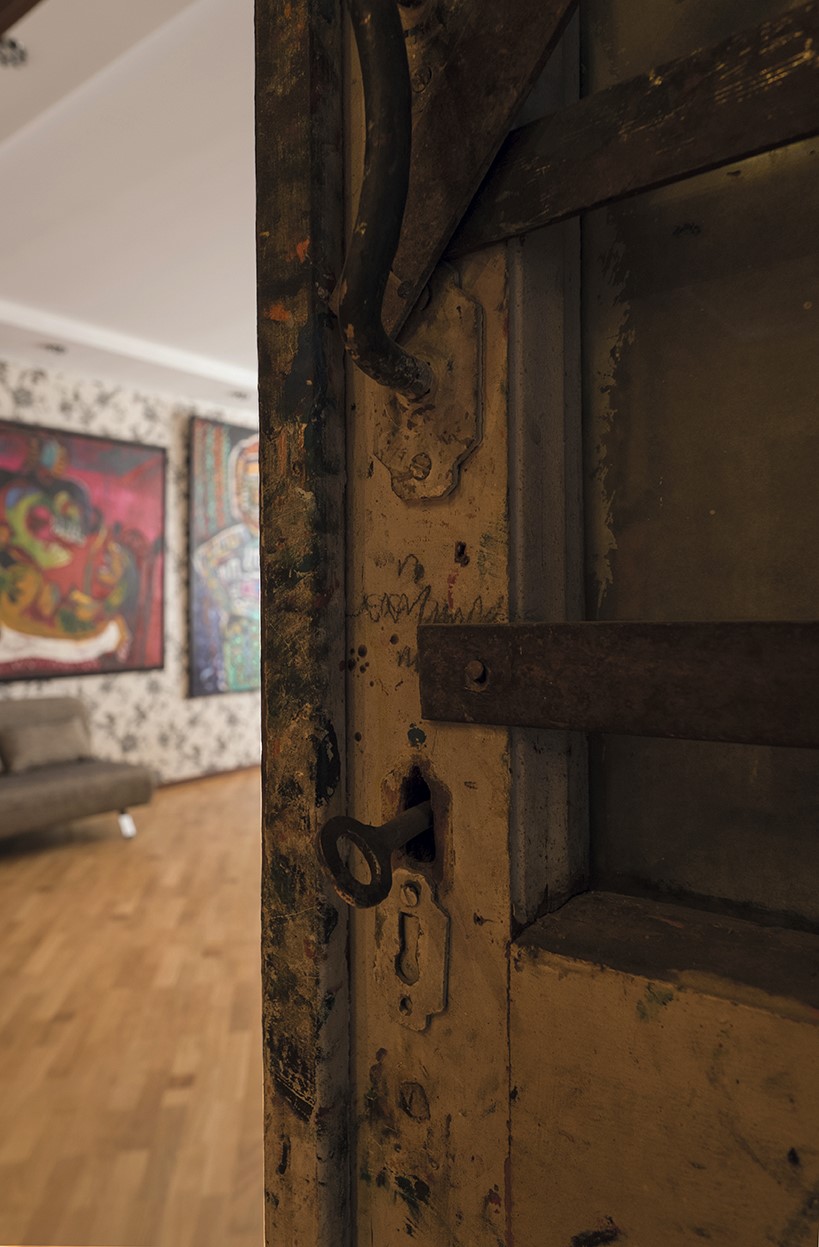 It's been a long time since the old Baku has gone... The adjective "Soviet" is washed away, erased, burned, and now we can talk about a brilliant avante-gardist without switching to whispering and reducing the natural sound of the voice. And the traces of his life and art saturated every corner of an amazing apartment-museum created by the hands and will of his no less amazing companion – Lyubov Mirjavadova.

This apartment does not keep memories of the couple's life together. It was not here that he created, loved and dreamed, not here they were happy on their honeymoon, drinking tea with jam mixed with flour and spending time in endless conversations. But it was here that they could  finally hang paintings on the walls, saving them from the bitter fate of gathering dust, being piled up on each other in the corner of a small den. In the corridor, under the glass are personal belongings of Javad – the worn-out shoes, clothes. But first of all the look attracts a door in a wall. The most real balcony door with the key which is sticking out of a keyhole, with the nailed iron lattices. Built as rescue from neighbour's children, they became a certain symbol – an embodiment of Mirjavadovs' insulation from hated humility towards dead-end Soviet reality. Just knock, and they will answer. 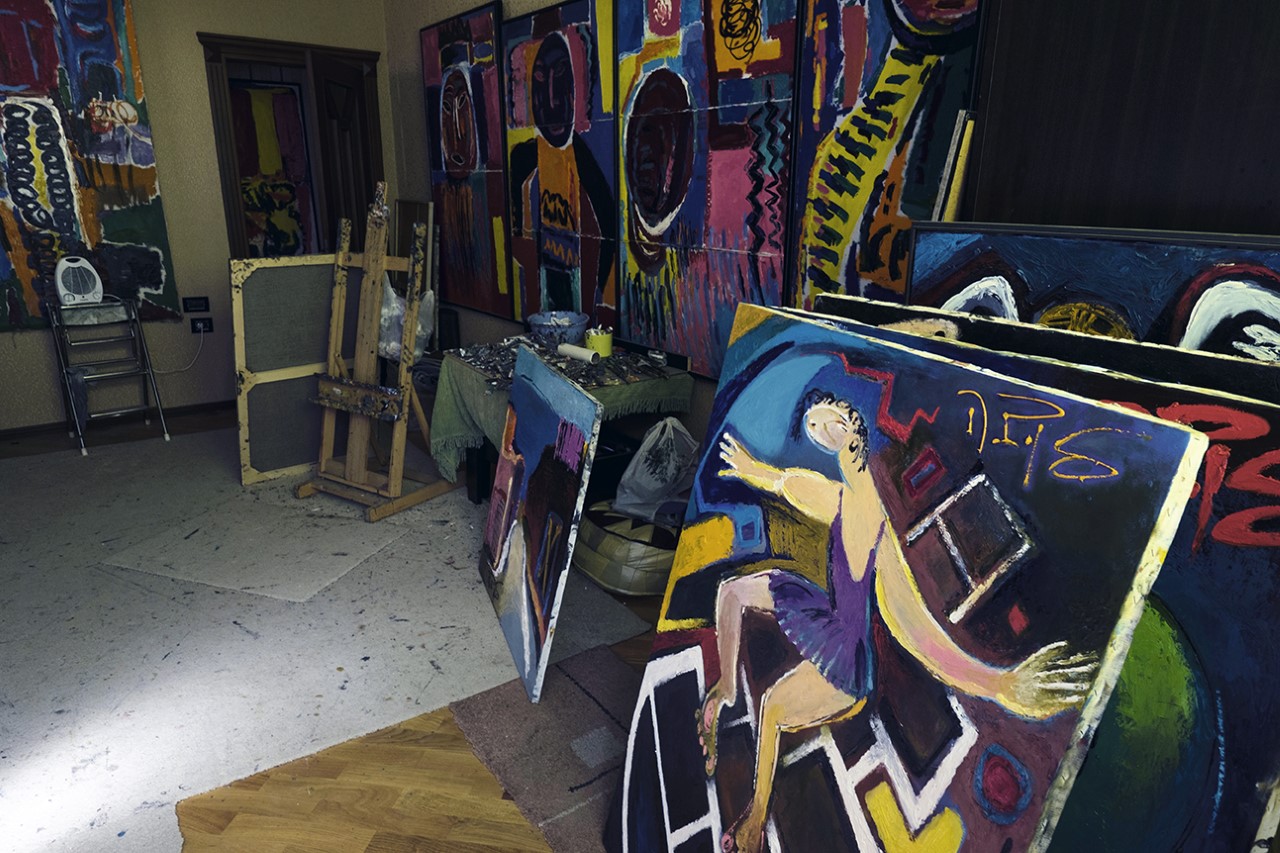 Lots of doors slammed in his face, some just did not find courage to slightly open a gate for the artist, being afraid to freeze the warm wellbeing by the freedom-loving wind. But time is more meticulous than any perfectionist – it likes to sort things out. And today new doors open for us – "Doors to the innermost" – "aitokua", as Bushmen say. Lyubov Nikolayevna, also called Rubaba khanim (her creative nickname), having heard this magic tune in one of episodes of "Travelers club", will write an inscription in semicircle on the door soiled with paints. Later she will write the namesake book, and, lifting for us the veil, will invite to a trip in Javad Mirjavadov's world ("the warrior from art" was awarded by French "Chevalier" order for contribution to literature and fine arts).

The wall is covered with photo portraits from the family archive, recreating the chronology of his life. A boy who once drew on the walls of his house and fences, a young man who fell in love with Wagner's music and wished to hear "Lohengrin" on the radio during the Great Patriotic War, contrary to common sense... And here's already mature man on picture- magnetic look of indomitable force, overcoming unremarkable statics of the photo, penetrates into the soul, like a hot geyser beating straight in the heart. The fevered temper, irreconcilable temperament with all passion embodied on the canvas, reinforced tens of times by the blaze of color, by the mythical nature of the depicted creatures. 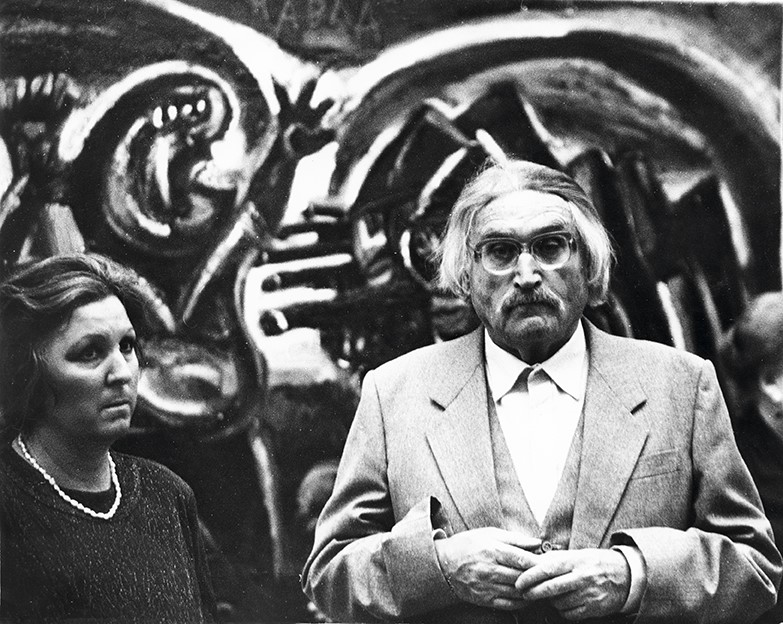 The heroes of his paintings, created from a fantastic combination of beautiful and terrible, are oriental emotional and bright. Demonic deities and divine demons do not confront each other, as they are born of a single womb and go back to a common primary source. Today all of them are collected here, under one roof: "Somnambula", "Mother and Child", one of the five paintings "Passion", "Extravaganza" – as if actually pearls extracted by the artist from the sea depths, where did not reach the tentacles of the deadly Soviet monster...

Clear, transparent stream without a single drop of pretense, a white lie, a compromise because the path chosen by "a warrior of the Sun" is a "path of sacrifice", "a vector to the Absolute". Huge canvases, monumental images – the distressing concern hidden behind an animal grin of fantastic beings, the bubbling energy of life hold by nothing, compassion and involvement to human destiny, the fate of mankind… Scattered like "the bright serpentine" on cloths of symbiosis generation of imperfection and goodness, a sin and the highest sanctity offer answers to riddles that "we look for in depths of our inner selves, in depths of the Universe".

The workshop of Lyubov Mirjavadova housed "Pir Sufi Hamid", "The Battle" (in style inspired from frieze paintings of the Palace of Sheki khans) – a painting imaging a battle scene reflecting the events of 1918 year... Then "The Source", "The Wings". "Gabon" of 1986 is a 6-part panorama dedicated to Albert Schweitzer (the Nobel Peace Prize winner, who dedicated his life to the service of humanity and spent years to build a hospital in the African province of Gabon, author of the philosophical principle of "Reverence for Life" (Germ. Ehrfurcht vor dem Leben). 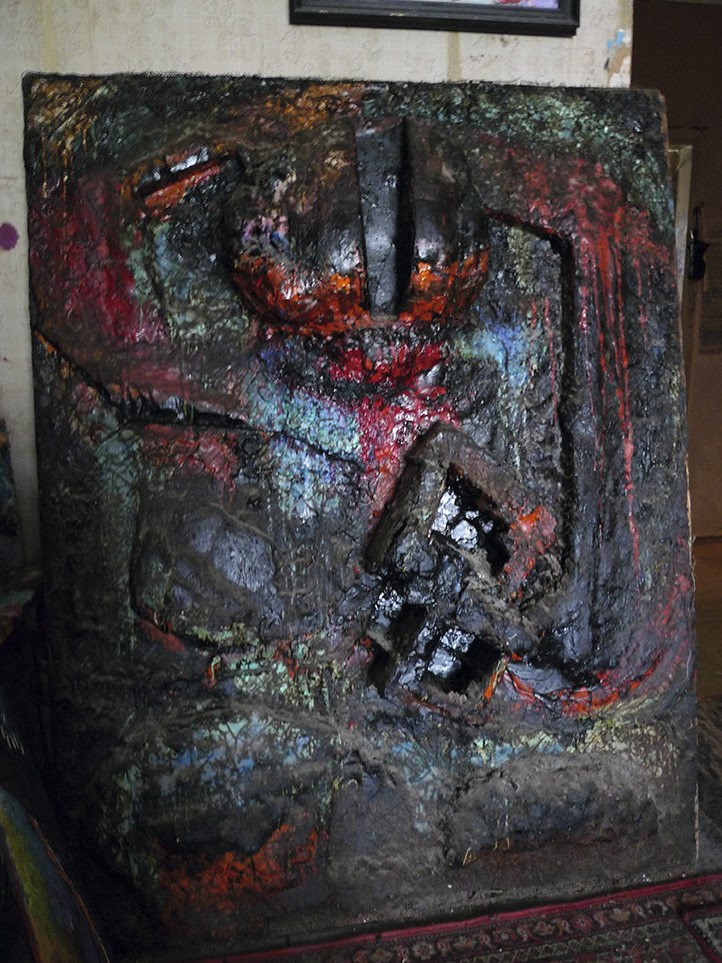 Schweitzer and Nasimi, according to Lyubov khanim, were two "idols", who artist almost adored, two bright luminaries... In the "Constellation of Capricorn" Mirjavadov touches on a topic close to him: on December 22, according to the Zoroastrian calendar, the sun comes out from the slit of the constellation of Capricorn. The abundance of light on the canvas symbolizes the elongation of the day. At the bedside there is "Fugitive", on the opposite – "The Page" - dedication to Huseyn Javid.

The bright glow of the cosmic abyss, just as in the dream about Cezanne, which his beloved had, illuminates Mirjavadov's path, in some miraculous way guarding of the imminent. The difficulties are at every step of the way, but he feeds on the juices of the earth and restores strength, taking multigenerational looks at snowy mountains, savoring the "sweetness of their volatile colors". His obsession with art hypnotized others – how else to explain that Javad will become a "pupil" of the Hermitage (rather than a labourer, as indicated in some false sources) and will enter the "inner sanctum" of museum reserves, where a person never set foot during Stalin's time, when it was almost impossible, unthinkable.

Delighted by the works of Picasso and Cézanne, he created his unique synthesis by weaving patterns of Azerbaijani carpets into it, seasoning with folklore, stories of granfather Mirgasim and nature of Absheron land. The very Absheron where he was born, got inspiration and which without regret absorbed the works dear to the artist's heart. In those times when "Apsheron" was still written in old-fashioned way - through "p", the blessed peninsula was quite different - the artist will call it one of three miracles presented by God, putting in line with his wife and painting.

Yes, we didn't come to the house where he was creating art, with huge bouquet of roses to express the feelings that we had, didn't have time... But today we are here, in hermitage, which was never warmed by the breath of the great artist, but where we can almost touch the "phantom of his presence"…

The material is published in the 9th issue.

HER STORY: FIRST FEMALE OPERA COMPOSER IN THE EAST 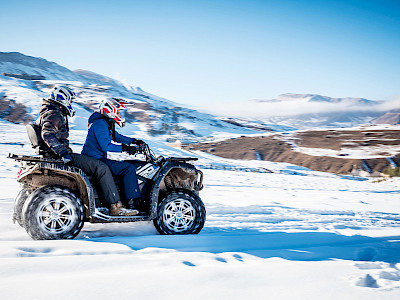 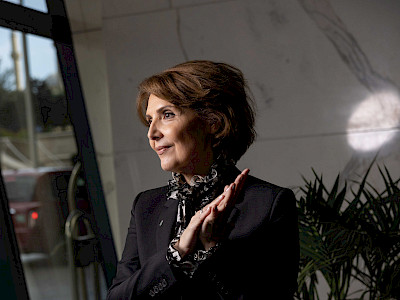 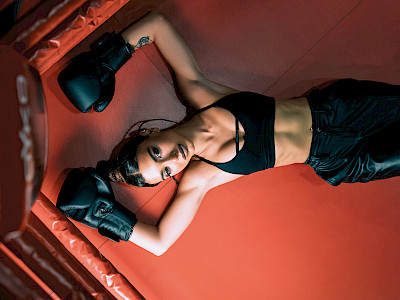