THE COUNTRY OF BANANAS, OIL AND DIAMONDS 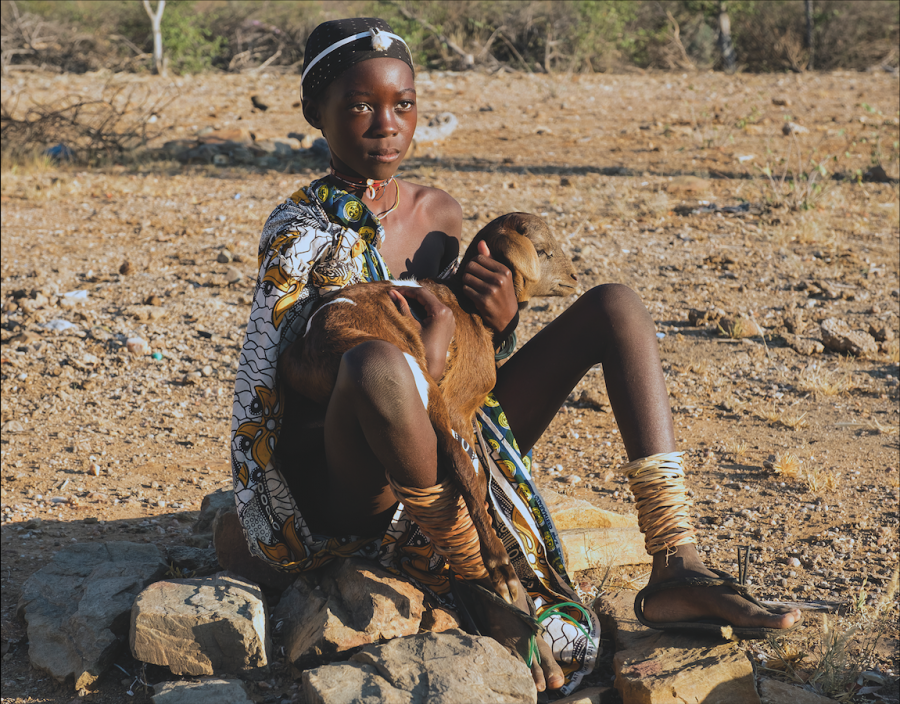 Someone will probably be perplexed by this question: what is common between Hollywood and Angola? Quite a lot, can you imagine? Formula of success for both is the same: the right people gathered in the right place, and plus money. In Hollywood beggars spend the night curled up on the marble named stars on the Walk of Fame… Same picture is in the capital of Angola – Luanda: two steps away from president’s residence in Marmara with its well-groomed parks, ponds and fountains there is an off-road, garbage dump and real slums. Just like in many luxurious world capitals, here, as well as in Hollywood, glam and poverty exist alongside each other. We will present you curious facts about this country and show you the real unvarnished Angola through the lens of a traveller-photographer Helena Qrishina. 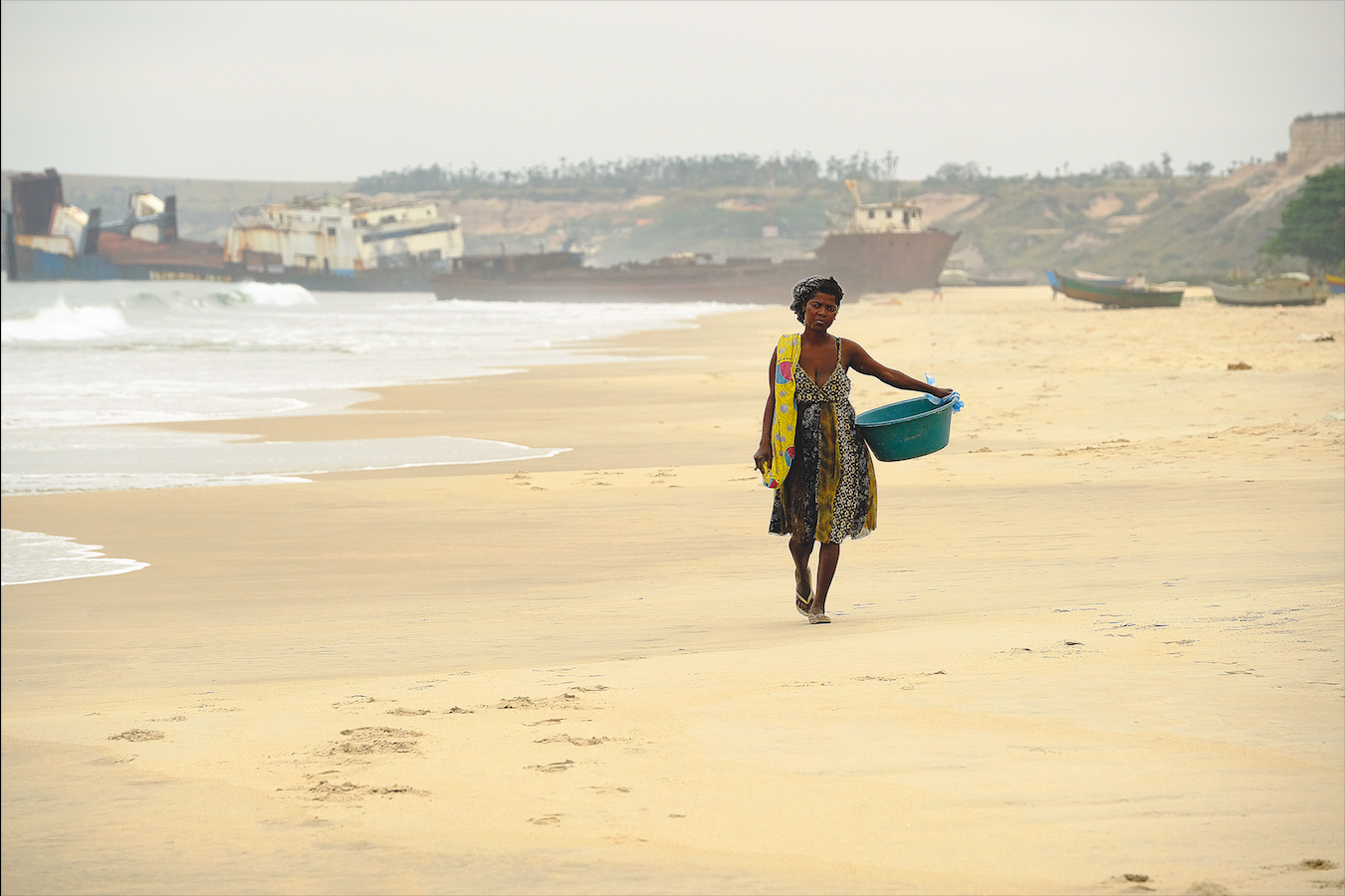 THE BEST PASTURES IN THE WORLD

Almost 70% of the population of this country lives less than on two dollars a month. At the same time, this is one of the countries showing the highest number of champagne consumption per capita. About 240 thousand bottles are sold per year, but they are mostly intended for more or less wealthy public of Luanda, which is 300-400 thousand people from almost 27 million of Angolans.

Understandably, almost thirty-year-old civil war has stopped development of science and education in the country. More than a half of the population of Angola is completely illiterate and this is directly linked to their social status. For more affluent Angolans there is A.Neto University with six functioning faculties. There are also eight science-research oriented institutes here. 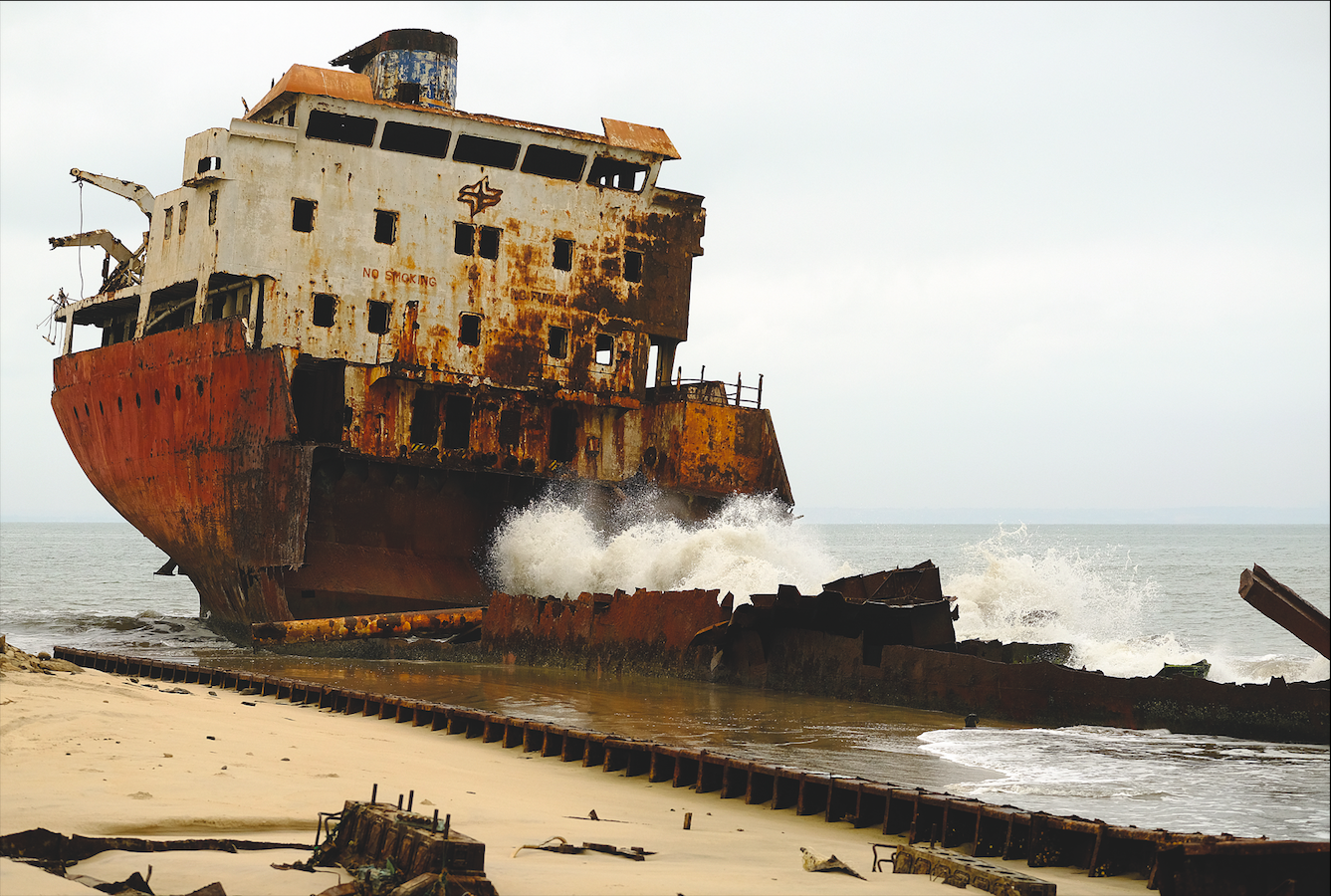 So, why Angola is unable to escape from economical dive, considering its climate and territory rich with resources? There is mining of oil, diamond and plenty of other mineral resources, cultivation of sugar cane and corn, bananas and coffee, cotton and tobacco, sisal and cassava. Climate is tropical monsoon in the north, subtropical in the south, and the temperature there is +16 – +25 on average, which is quite comfortable. According to local officials, Angola has the best pastures in the world, but you can barely see any cows on them. Culture of artificially developed petrodollar, completely dependent on oil, also has a downside, which is a large number of unemployed, and therefore, beggars. Indeed, if money is gushing from oil platforms, then, probably, it is easier to purchase meat from abroad, than to invest in development of own economy. Obviously, this is a logic of wealthy minority, engaged with oil mining. 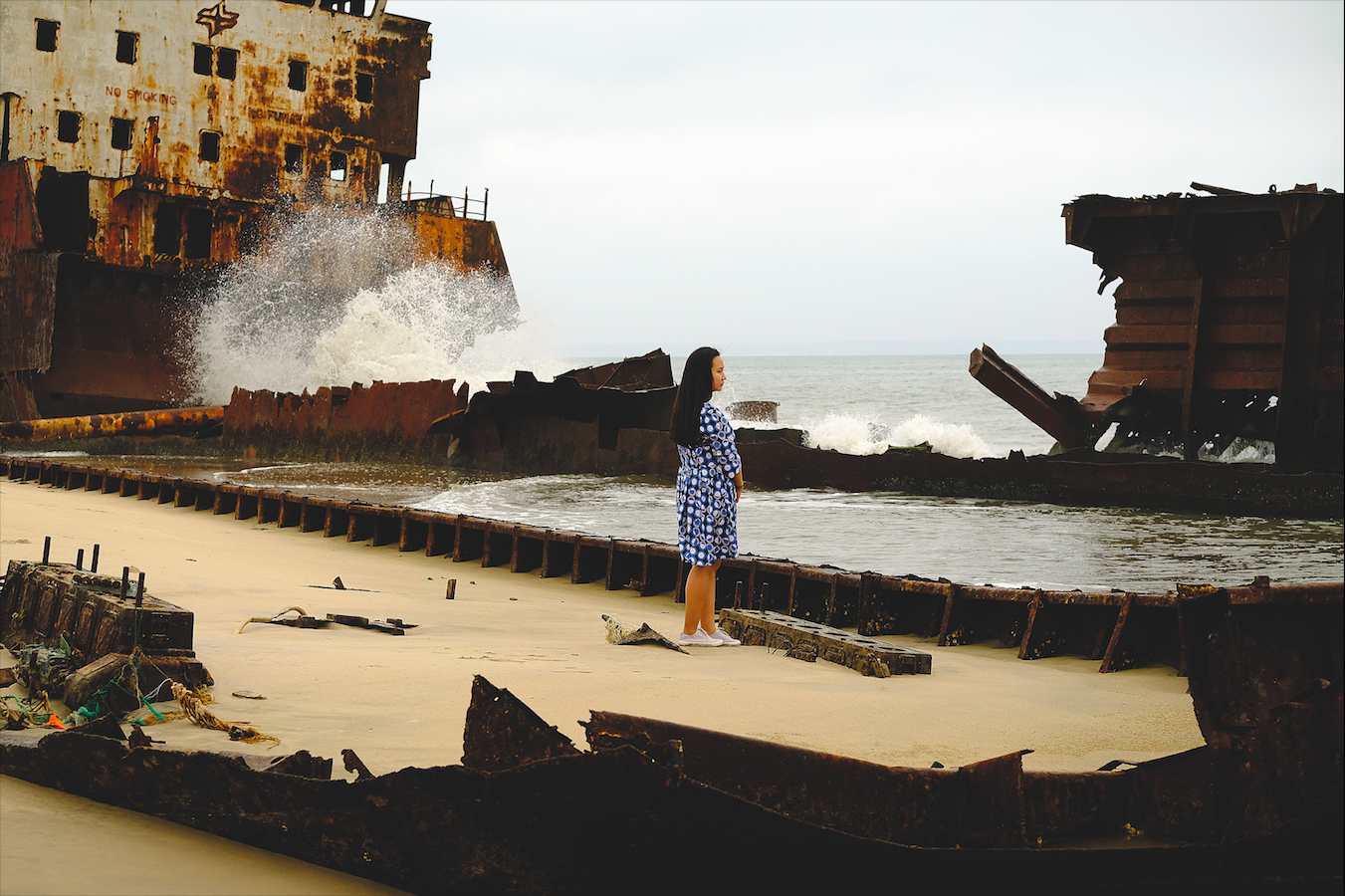 Either way, this country does not produce absolutely anything, even hair combs. And as the Angolan economists claim, diversification of local economy will require more than one generation… Angola has very low index of human development – the 149th place among 187 countries, according to the latest data from the UN. And even today, 13 years after the end of the civil war lasting 27 years, the budget of the Ministry of Defense exceeds the means reserved for both healthcare and education almost five times. Angolans are amazing, understanding and moderately ironic. They are not resent by such conspicuous stratification on beggars and the rich. They speak about their president quite positive, something like: “Yeah, he is, probably, stealing. But the most important is that he is from us, we chose him ourselves”.

Luanda is a rapidly expanding megalopolis, an African giant at the head of the whole group of the countries with intensively developing economy: skyscrapers, restaurants, business centers, luxury car showrooms… The typical city of contrasts – there are houses, leased for 25 thousand dollars a month, yet their windows overlook dwellings without basic sanitary facilities. For some reasons the government does not allocate money for elimination of junk piles, and occasionally when the capital is flooded by rains, the smell becomes intolerable. The trip across the center of Luanda can turn into a real adventure: besides intense traffic, huge pits come across the road over and over. The moment car slows down, peddlers with all sorts of goods, from cashew and fruit to hoses and toilet seats, rush up to car windows... But at least, you can exchange dollars on the run with a benefit. 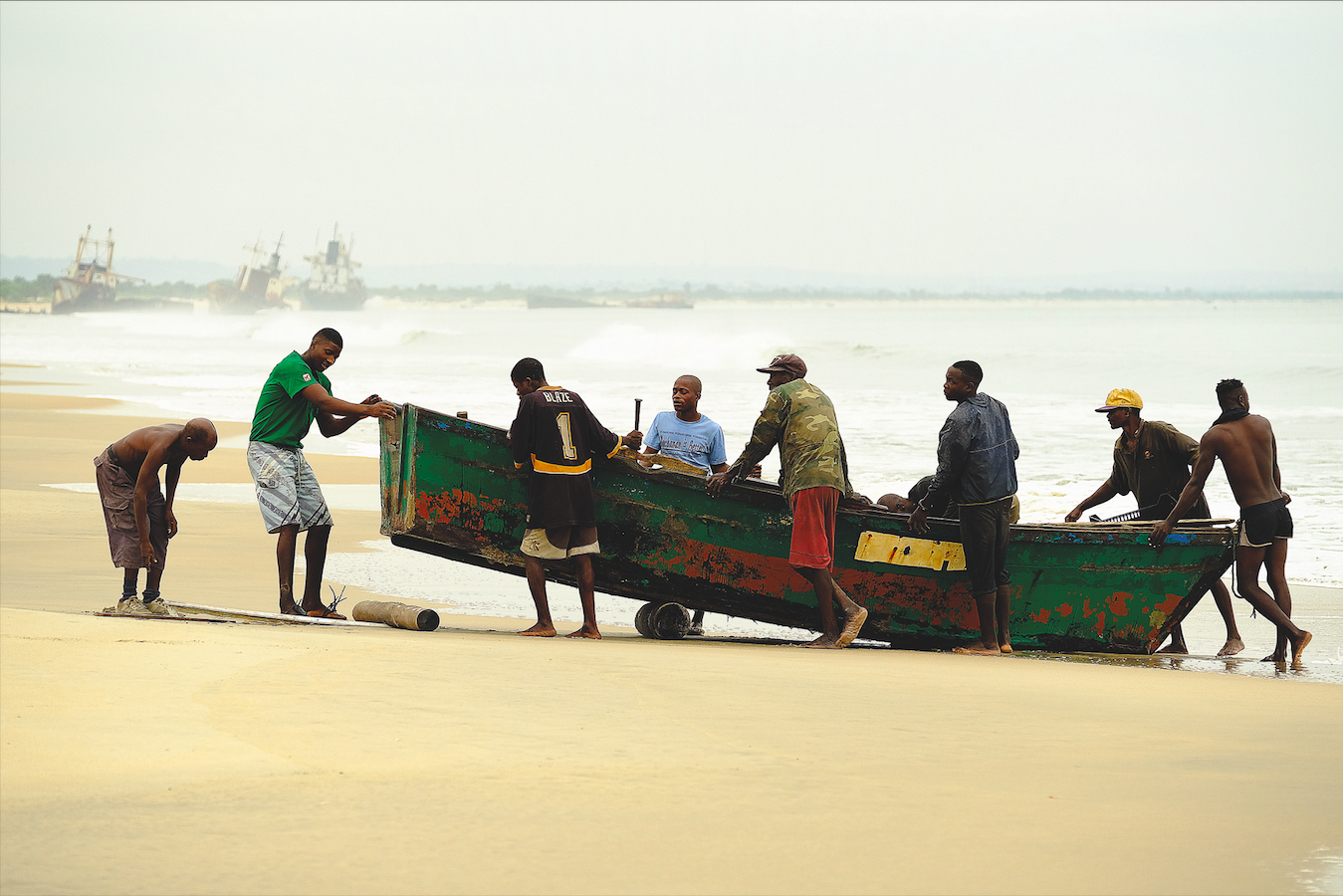 In all of this, Luanda is one of the most expensive cities in the world. If a lunch at restaurant of the same rank in Portugal would cost no more than eight euros, in Luanda it can cost 20 euro. A cheap hotel room in Portugal costs no more than 15 euros per night; in Luanda it is ten times expensive. Comparison with Portugal is not accidental – colonial history of Angola has its consequences: the economy is strongly tied with the former colonialist till today, which has turned into the most reliable goods supplier.

History of Angola is very ancient; people lived here since prehistoric times. The first Portuguese have set foot on the Angola land in 1482, and violent acquisition of territories has begun since the 1575th. Easygoing and friendly local people have turned into the most valuable good – the Angolan slaves were massively sold to America. Angolans did not stop fighting for their freedom and independence since then. With arrival of the XX century in Angola appeared organizations which cultivated the ideas of independence, defended the national rights of aboriginals. At the end of 1956 was formed MPLA – the patriotic organization which has begun the armed hostilities aimed to liberation. The struggle has come to an end with a victory – on 11th November 1975 Angola became the independent People's Republic. 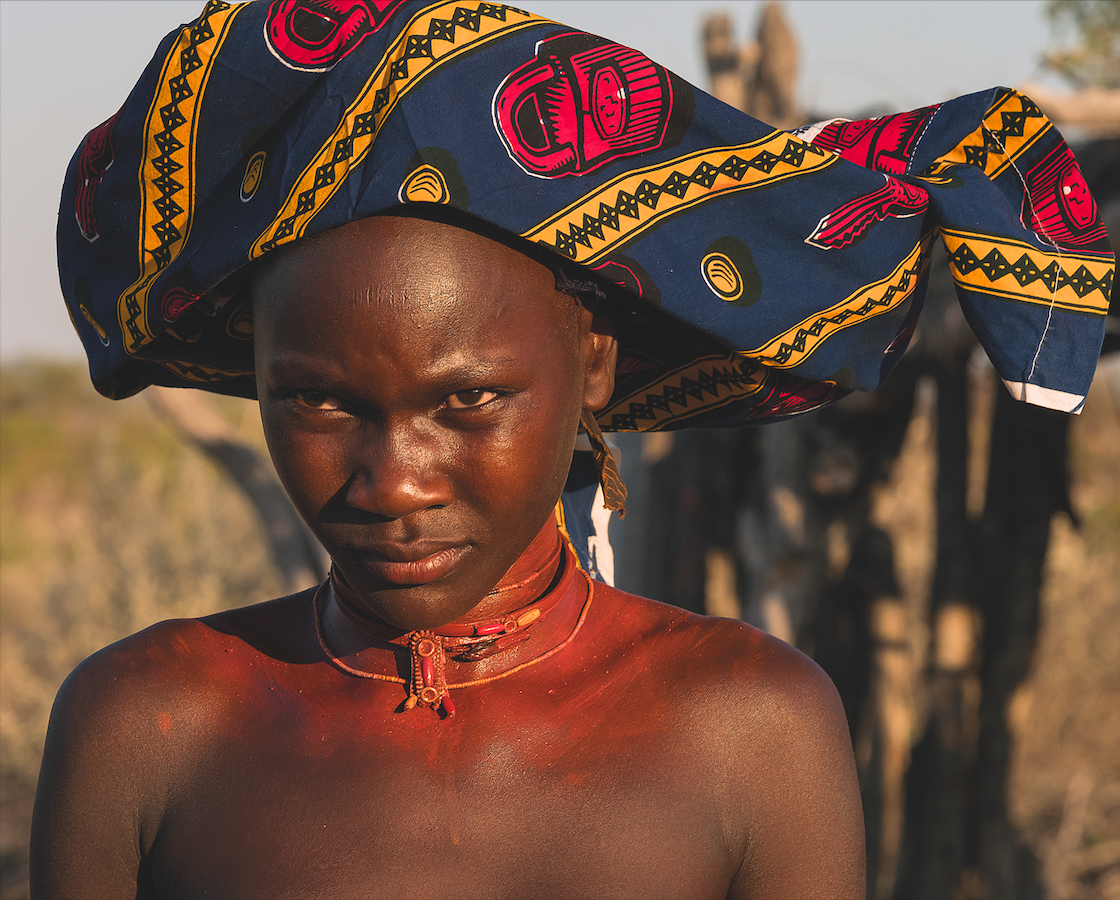 Angola is a peculiar conglomerate of tribes, each of them has unique cultural features. All of the tribes – Ovimbundu, Mbundu, Congo, Chokwe and others – have made their contribution to the whole Angola culture. And still the Portuguese influence is noticeable in the most different spheres of life, whether it is language, art, music, architecture or cuisine. The Portuguese missionaries once managed to instill Christianity here (Catholics, Baptists, Protestants), and 2% of population profess Islam. Residents of Angola, by the way, are mostly polyglots, they are fluent in several local languages. And citizens, first of all businessmen and merchants, also know Portuguese – here it is the language of international communication and business elite.

Speaking of local cuisine, it should be noted that Angolans, one and all, adore vegetables and fruits. Cuisine of Angola includes beans, rice, corn, dried and fresh meat, fish and seafood. Remarkable nuance: Angolans prefer to mix many ingredients at once while cooking dishes.

Angola is famous for its ceremonial masks made from ivory, wood and ceramics, revisited in style of various ethnic groups. Like any country with ancient history, Angola is rich with exclusive artifacts, and a statue of Chokwe “Thinker” is the most known one.

Music is an important part of Angolan life. By the way, popular style “Rebita” was born here, in Angola. Traditional art of Angola is closely linked to cultural and religious rites, purposed to designate important life events: birth, maturation, wedding, death. In general, Africa is quite original, and participation in the most unpretentious ceremony of Angola can turn into the brightest experience of European tourist. 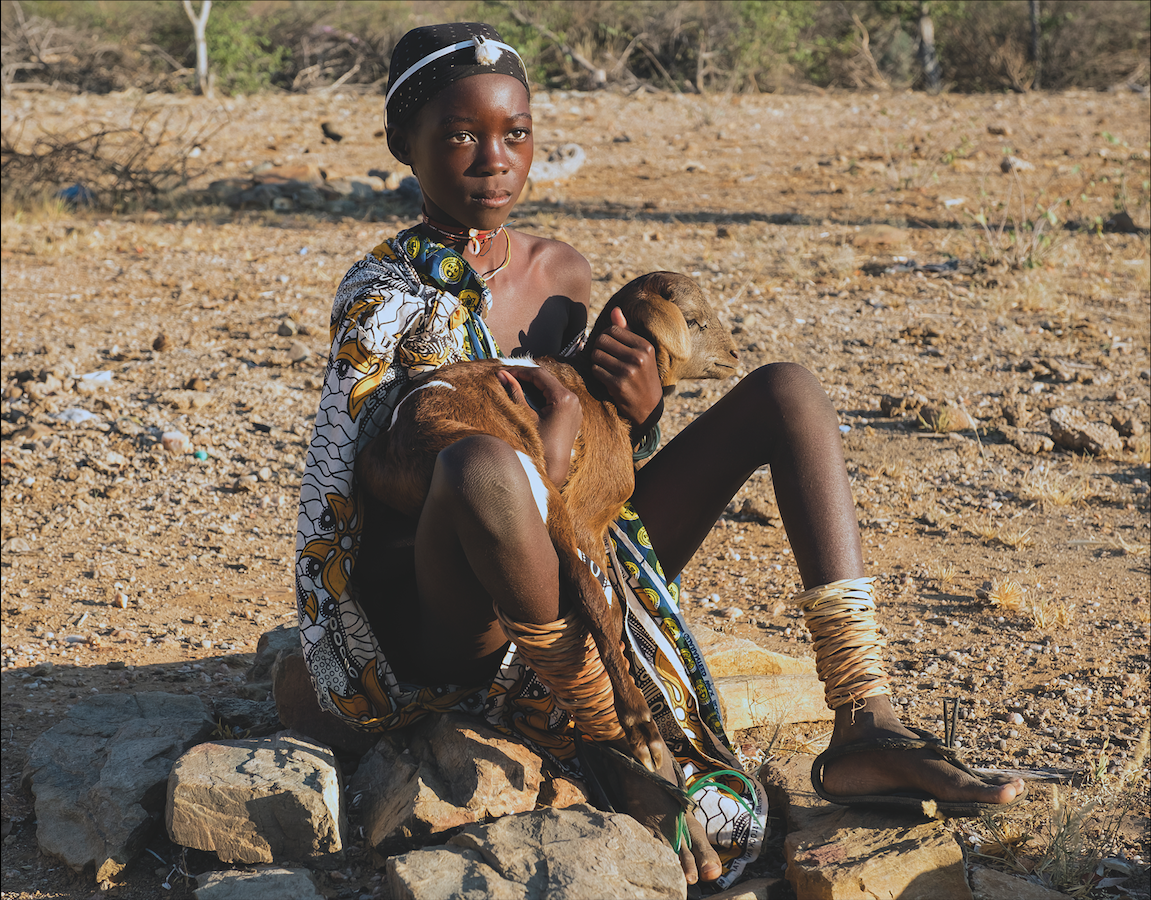 For example, there is a maturation ceremony for boys and girls reaching 12 – 13 years, who are being circumcised. The celebration develops into the mass dances till exhaustion and plentiful libations with local palm beer; it seems like the drink serves as some kind of anesthesia for heroes of occasion. And after a while the "ripe" girl is given into marriage to the member of another tribe. Her parents receive redemption in advance – two cows or four goats. After the birth of a child the second part of redemption comes – two more cows. And only then they have a wedding with obligatory gifts to the bride's relatives. The children born out of wedlock are considered as a part of a dowry – it is additional free labor for the tribe, so children are always welcomed. The rite of passage to initiate the tribe's boys into manhood has a second, even more harsh stage; not everyone is able to pass the test. To become a man the candidate spends a month in savanna with a mentor, who teaches him all burdens of men's life, forcing to tolerate pain and deprivations. The man, passing this ritual, gets a tattoo on his chest – the evidence of his new social status. 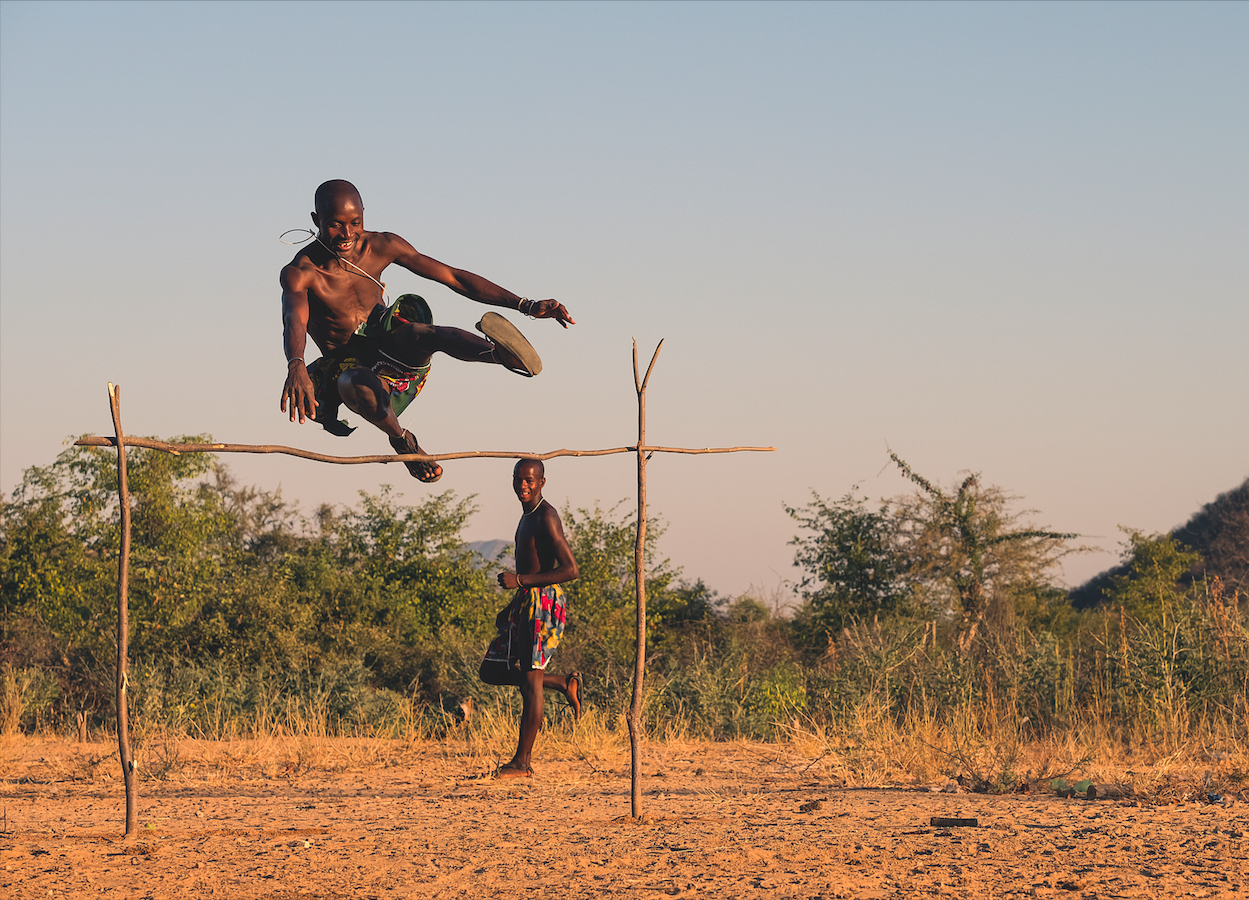 There is another interesting custom in the south of the country. On a festivity of maturity a girl, who has reached puberty and passed all the tests, gets to choose any man she likes as a husband, even a married one: in this case he has to leave his old family for a new one. And the next year, a new bride can also easily and with impunity take away the same man... Most likely, this custom, which has kept matriarchy elements, is a peculiar way to regulate birth rate and stimulate growth of the population due to the long military operations in the country.

José Eduardo dos Santos – second president of Angola, former Angolan revolutioner, MPLA activist, has ruled for 38 years, from 21st of September 1979 to 26th of September 2017, until the new one, João Lourenço was elected. Many of you will be surprised by the fact that dos Santos is intimately familiar with Baku and speaks Russian fluently. In seventieth of last century our Azineftekhim (nowadays Oil Academy) was quoted in "the third world" as one of the strongest higher education institutions with regard of training petroleum engineers, so they came to us from all friendly countries to gain khowledge. So, among other foreign students the future president of Angola studied here. And that’s where he met pretty student Tatyana Kukanova and proposed her to be his life partner. Their daughter Isabel was born in Baku. Six years later, after finishing education the young family departed to Angola from Baku... 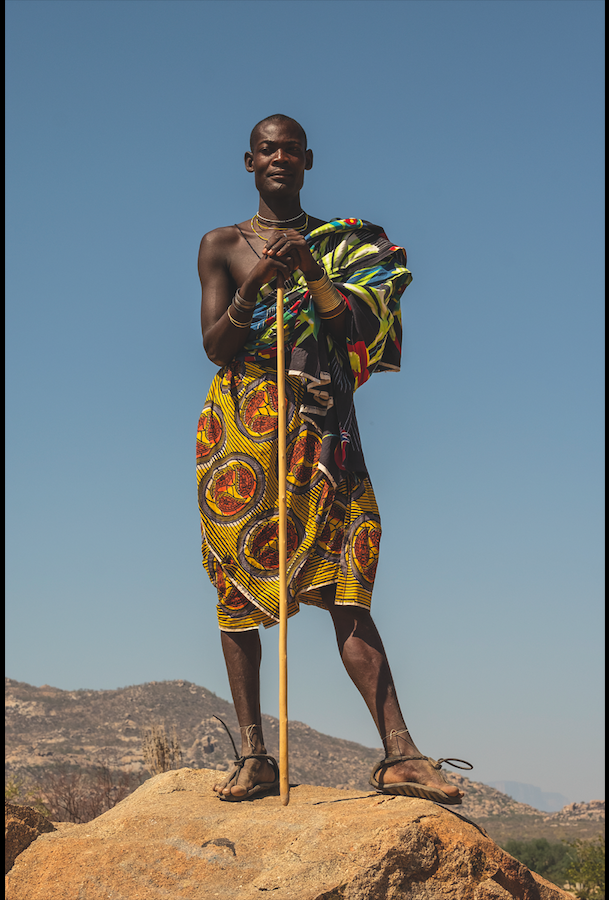 Without going into the details of the difficult matrimonial relations of José, who has become the president, and his wayward Russian wife, we only establish the fact: nowadays their daughter Isabel dos Santos is a very successful Angolan entrepreneur and the Africa's first female billionaire, whose personal fortune was estimated in three billion dollars by Forbes magazine in 2016.

Fidan Kim at the exhibition in Shanghai