The Improvisation of spirit 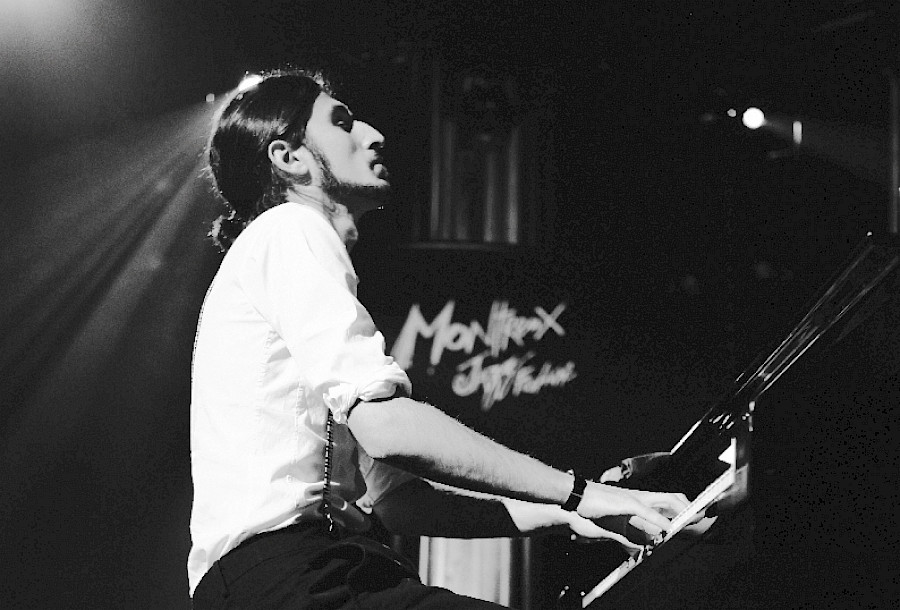 In his 23 years Isfar Sarabsky is a jazz piano player, presidential fellow, honored artist of Azerbaijan Republic. By presidential decree, Isfar was included in the “Golden Book” of Azerbaijan’s young talents.

Now it is hard to believe the fact that being a little boy, he dreamed to kick a ball on the field. But if it happens to find him playing PlayStation, then it becomes clear – his inner player is alive! Observing his worthy a sculptor’s cutter hand, so easily flitting on a monochrome cloth of piano, you understand – this is where all passion has poured out. And having learned from close friends about his mania of washing hands, you shrug involuntarily: how symbolic this habit is! Water was used for consecration and taming since the creation of the world… But even water cannot calm the flame of his talent. Talent "sticks" to some people, in someone it grows, in others it smolders. In Isfar talent is engraved in a genetic code and fostered by efforts of his parents.

At the end of the XIX century the surname Sarabski shone on the stage of the Azerbaijani theater as a name of a character in M.F. Akhundov’s play then as Isfar’s great-grandfather's pseudonym Huseynqulu Rzayev – eminent person of Azerbaijani culture. Today, at the beginning of the 21st century, the surname of Sarabski has begun to sound in a new way, finding continuity not only hereditary, but also cultural.

I would like to begin a conversation with you from those transformations that you experienced after your “Toulon” – victory at Montreux Jazz Festival. You headed there while being quite young, quite talented, quite promising, but as if you did not left your armor, in which you hid from everything new.

But you came back not only with laurels on your head, but also with little devils in the eyes. Your triumph, your brilliant performance, the first place — have pulled out you from your comfort zone. Surprising metamorphoses happened to you: new image, long sassy hair, spectacular creative drive. What happened to you back then?

Guess, I was just completely ready for preparation to competition. I had a certain goal – to perform so good in order to comply to my internal requirements. The changes were not a self goal; they came as a result of my growth, adulthood. It is not quite connected with music, with victories or defeats. It was the moment of self-testing of, achieving of new and serious height.

And how did it happen?

Hard to say. Spending night after night searching a certain form that would be interesting to me and public as well… Then was euphoria mixed with congratulations. And suddenly you feel yourself on that top of the hill, where you strived to get almost since you were a baby. The goal is achieved, the way is passed, the bar is cleared – what's next? 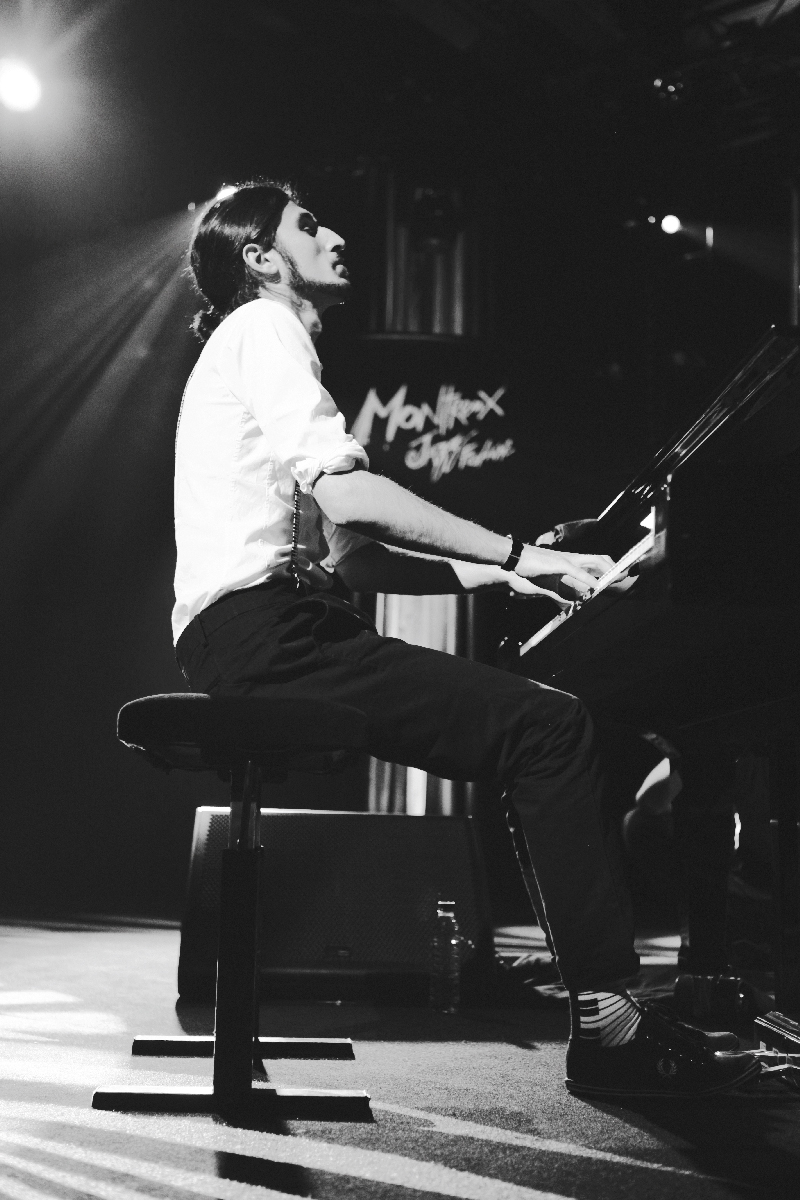 Emptiness, the edge, lack of the purpose?

Yes. You realize yourself a cool pianist, but you understand that only at the beginning of the way you have taken a small step forward.

Small?! What a conclusion of modesty?

For other people it was a big thing (serious business), but as for me…There was a time when I stayed at home as recluse, accepting congratulations (which were clearly good to receive), but in complete confusion about my further career. I have kind of lost guidance in my inner world and didn't know in what direction to move!

I think, you perfectly recognize opposition of subjective and objective perception. What guides you when you need to find an average denominator?

My secret is simple: I try to remain faithful to myself and to be close to public. I am not the person who goes up on the stage with the home-made preparations understandable only to the elite. By showing these sketches at a competition, you risk to be mocked because of your incompatibility of some requirements, standards, forms. That is why all I wanted is just to be liked by public and myself.

Can you mark the period after your victory in Montreux as a stage of your maturation, growth from the young boy into a grown up man?

To be honest, I would not say that this actually happened or is happening now. It is not easy for me to analyse what is going on with me. The fame which came after Montreaux, recognition – all this increases the ego, but my sense of self is not connected with competition at all. My spiritual development and musical work are moving on different orbits.

Watching your play gives an impression like you fall into a trance and plunge into other reality while being in a creative ecstasy. What is there, beyond that dimension in which we, listeners, are left? Or all this is only your skillful acting?

It is either a skillful performance, or, as rumors had it, a drug addiction syndrome…

This is the first time I hear it!

I heard in my adress not once words like: "It’s not possible that a boy plays like this, something is wrong with him…". It is quite unpleasant to hear, because I don’t think my performance is inadequate, while people already complain about my ruined youth and talent, taking me for an addict.

And how your internal state influences the character of your performance? You may not always be in an active state, at the most unsuitable moment the depression, melancholy, apathy can kick in... Does such mood bother you to go out onstage?

Whether you feel bad or good, you need to go and play anyway, even with a heavy heart, lump in a throat… And, of course, when I listen to myself later, I can clearly see how all the expressions affect the performance. 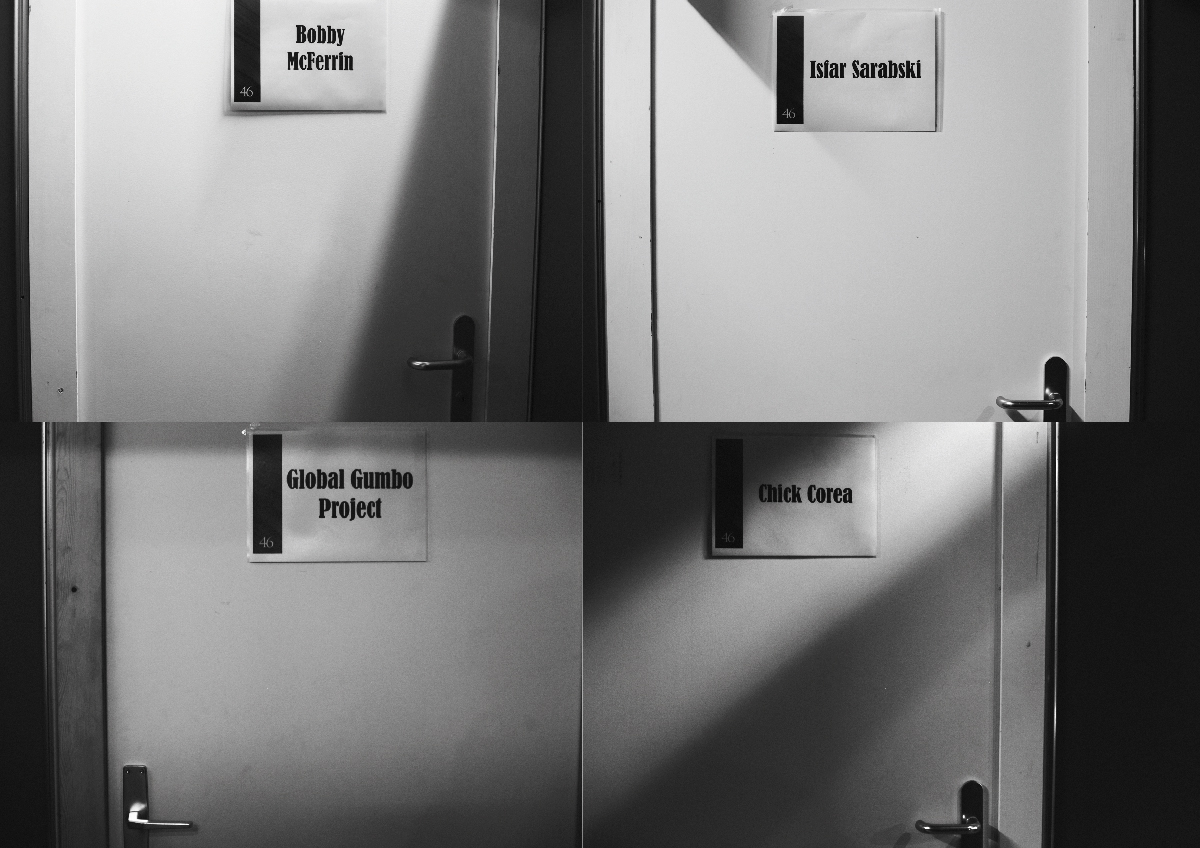 So, how do you overcome a creative block, when you have to fulfill contract requirements, play at the concerts by obligation?

With regard to my career, I did not have such period, when I would want to get away from something.

So this means that you are a responsible person?

But you came to the interview on time, you weren’t late.

Sometimes I manage to follow the schedule. I realize that it is inappropriate, but sometimes it happens uncontrollably. I’m not like those people who love to keep themselves waiting.

Recently your had a concert with Elnur Guseynov (the Azerbaijani singer, who represented Azerbaijan on "Eurovision"-2008). Tell us about this concert, please, and share your impressions. How varies experience of performing in such different formats like competition and non-commercial project?

Competition performances and concerts are incomparable, those are completely different things. Your target audience at a competition is jury, who you must impress. And this shows a certain narrowness of competition format: you have no right to be swept away by improvisation, ignoring all limitations. Creating your own project is much nicer. Our concert with Elnur is our old dream. We worked on this project about 4 years. And it was a huge work. You can hardly call it jazz or define the music which was born during the project work anyhow. It absorbed in itself both classic music and jazz. The result came out very interesting and distinctive. It was not easy to transfer the idea to the scene. I have never worked with dancers, choreography and dance production before. I worked on compositions, arrangements, and all this was new and fascinating to me. Evaluating the result, I believe that we managed to embody the most part of planned. 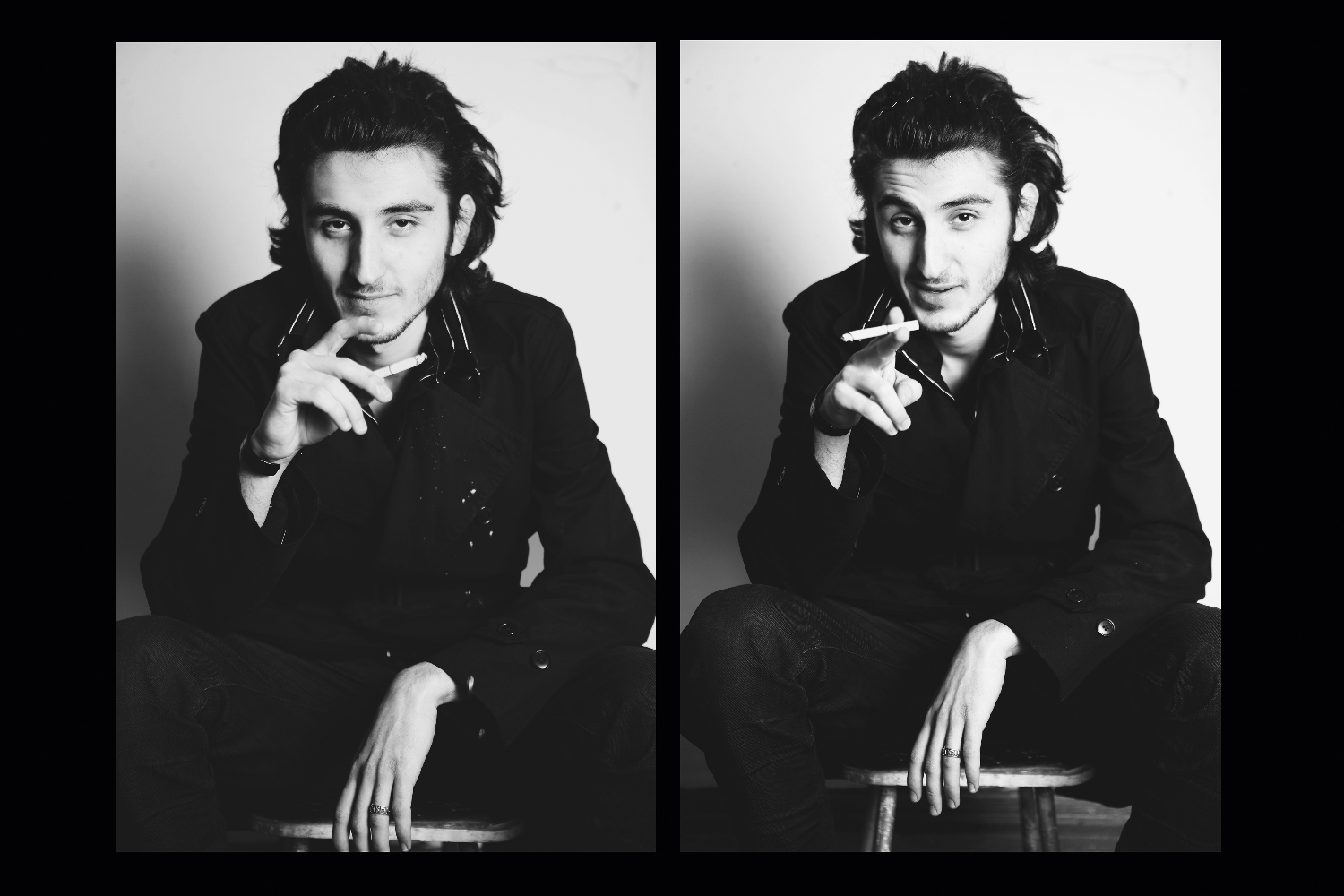 People of art perceive their inspiration by different ways. What is your method? Being young, in love and full of emotions?

This question is quite interesting…Music can be inspired by anything, and it does not have to be love. It is worth to note, I was a bad student, with problematic attendance discipline. In high school music replaced me everything, I hardly perceived what was going on around me. One time I met a man in the hallway of conservatory where I was studying. I watched him walk, overcoming himself, because of his problems with legs. And he overwhelmed me with his special energy. His face, his limp shook me up. Such impressions fill you with emotions and this enriches the play.

I can see that you learned to get away from the answers in musical academy.

I just want to say that in art it is not possible to feed yourself with your own juices only.

Certainly. And, of course, the most powerful waves of emotion come nearby a loved one.

Yes, you never know, when you step on it. Despite the fact that I’m a calm person, being caught in a whirlpool of feeling, I may not always be conscious of what is happening.

Probably, you are attracted by woman, belonging to another element, the opposite of yours. If you are ice, you are reaching to fire, aren’t you?

The mechanism of my attraction is inexplicable, including the fact that my character is not simple. It happens sometimes that I split between my desires. But, nevertheless, I don't think of myself as intolerable as whatever were difficult the relations, the spiritual bond will overcome everything. 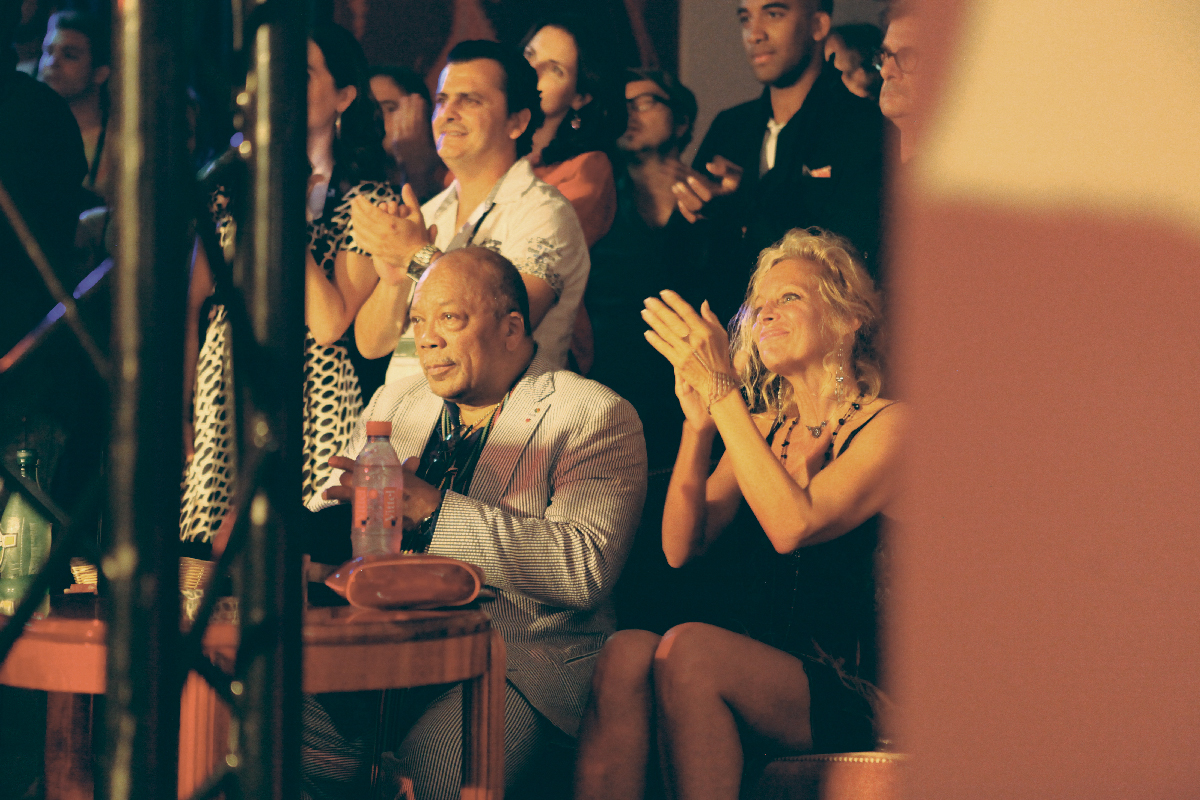 So, we are done with spiritual part, what about the appearance?

The most important for me is to follow hygiene routine.

What about choice of clothing? Are you sick with brand mania?

I must admit, I was once. But this temptation was gone when I realized my self-sufficiency, and what comes to a wrapper – Chinese of Italian, it is a minor issue.

And finally a question-challenge: in our musical community a talented and successful musician very often reaches his own ceiling, he tries to obtain certain heights and he has no place to grow more. Are you ready to overcome this temptation and where do you see yourself in 10 years?

No one is safe from making mistakes and misconceptions, but one of my inner needs is to always be on top, maintain my level and develop further.

Isfar Sarabsky, for today, do you consider yourself a happy person?