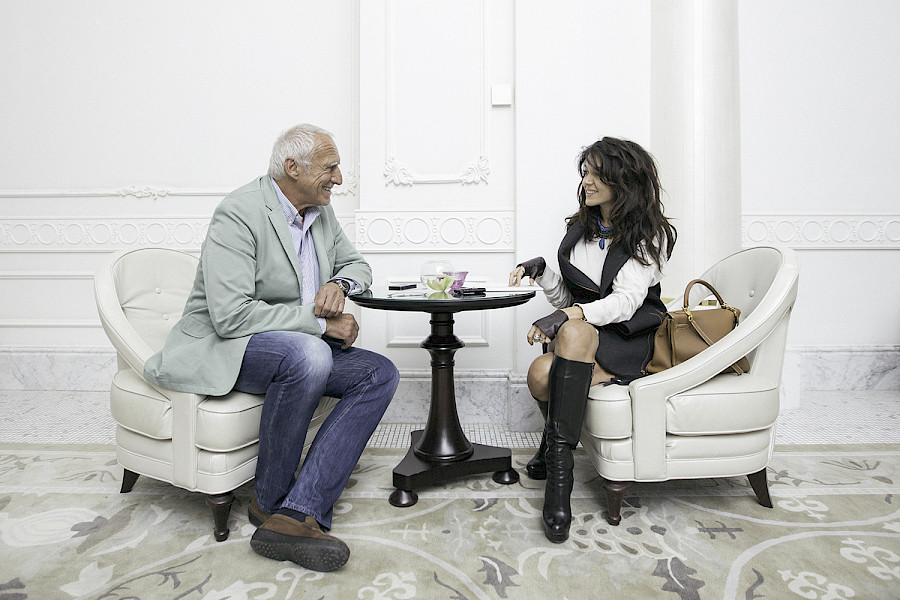 Who knows, if he had invented his miracle drink Red Bull a little earlier, which “gives wings” more than to 60 people per every second, he would probably have spent not ten years studying at the University of Vienna, but much less!

Energy drink from Thailand somehow helped Mateschitz to get rid of jetlag - a discomfort feeling from changing time zones. It took many years until he founded his own brand The Red Bull Energy Drink.

Now his popular product is sold in 150 countries of the world, and the company is constantly expanding its market. A lover of mythological analogies, Dietrich often mentions Zeus, who kidnapped Europe in the form of a bull. Mateschitz himself went further than the Greek God: he seems to have decided to conquer the whole world … 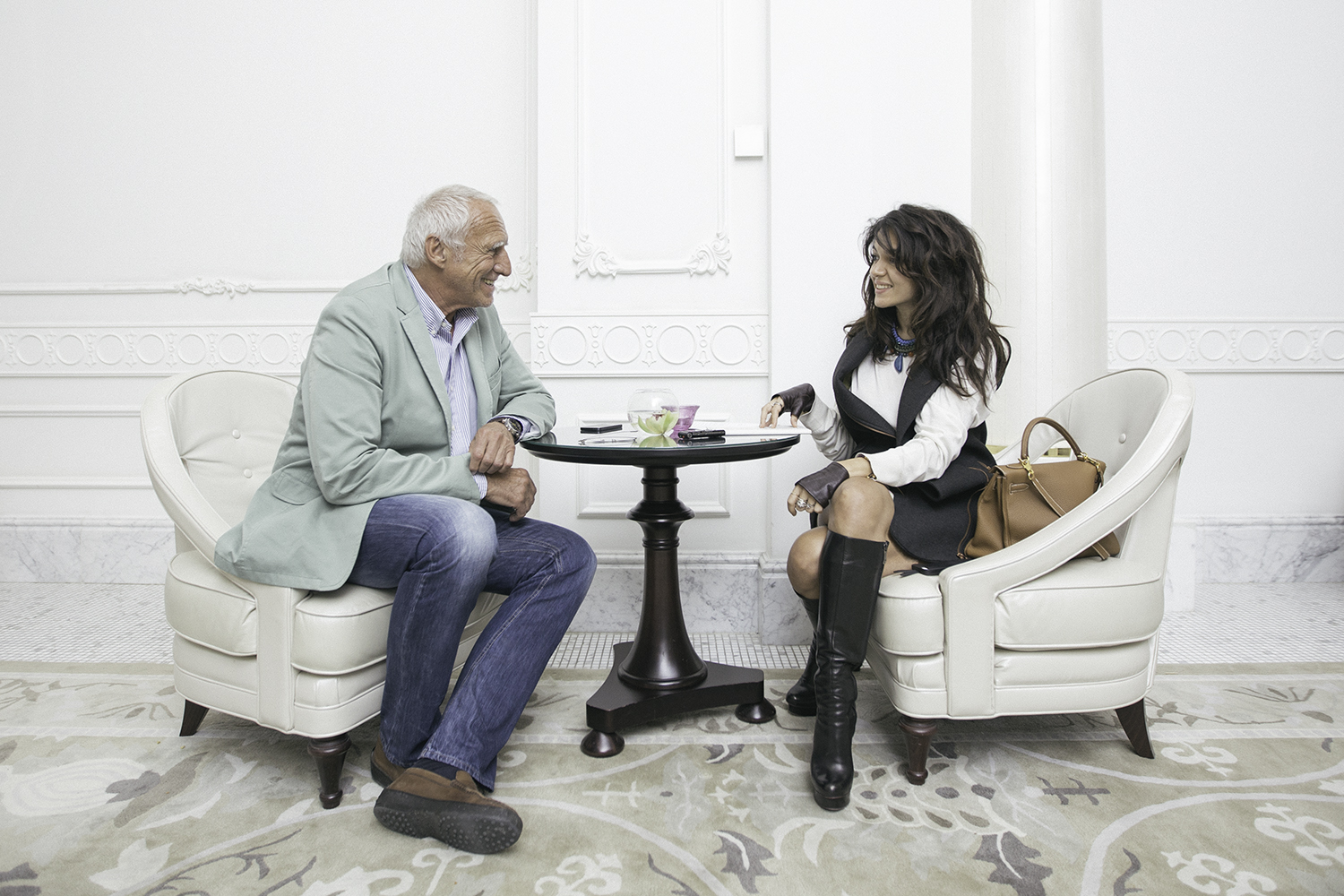 What would you change in your life, if you had such a chance?

Nothing special. Life is not only successes series, but also failures. And since basically only good moments are remembered (and there are still more of them), of course, looking backward, it seems that I would not like to change anything.

I wonder what a person who has everything wishes for?

I do not think that someone can say about himself: "I am a man who has everything." At the same time, I personally do not consider that a person needs this “all”. Frankly, I do not have a special dream; I often say that if everything remains as it is now, this is quite enough for me. 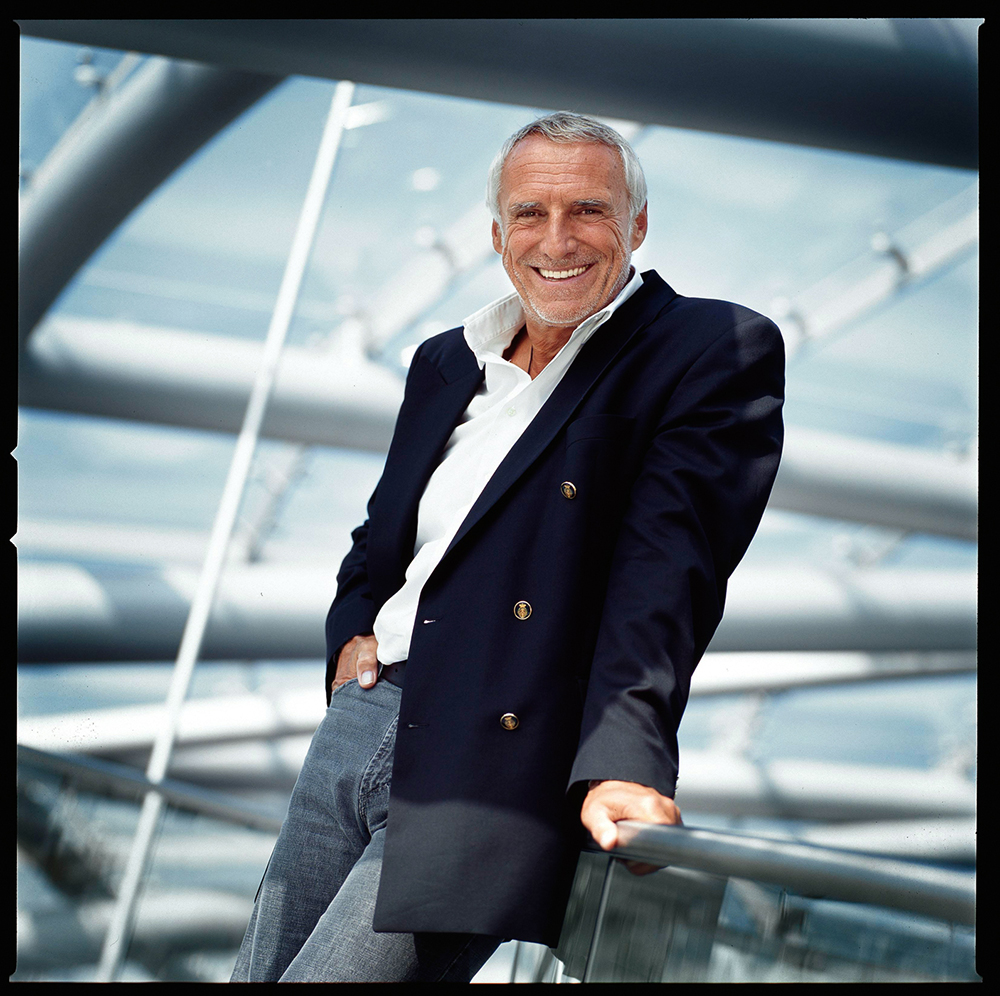 What is love for such a powerful man?

I would not identify myself as a powerful man. “Powerful” is a generally accepted term for someone who has the strength and power he uses. Even if I had this power, I probably would never have resorted to it, and certainly I would never have misused it. This is not a defining concept for me. Concepts such as friendship, love and family, in my opinion, are much more important.

You talk about family, but you have never been married. What keeps you from marriage bonds?

I do not know. Maybe I just never had time for a serious relationship, or there was always something more important that needed to be given time. And maybe just because there were always enough beautiful women around ... 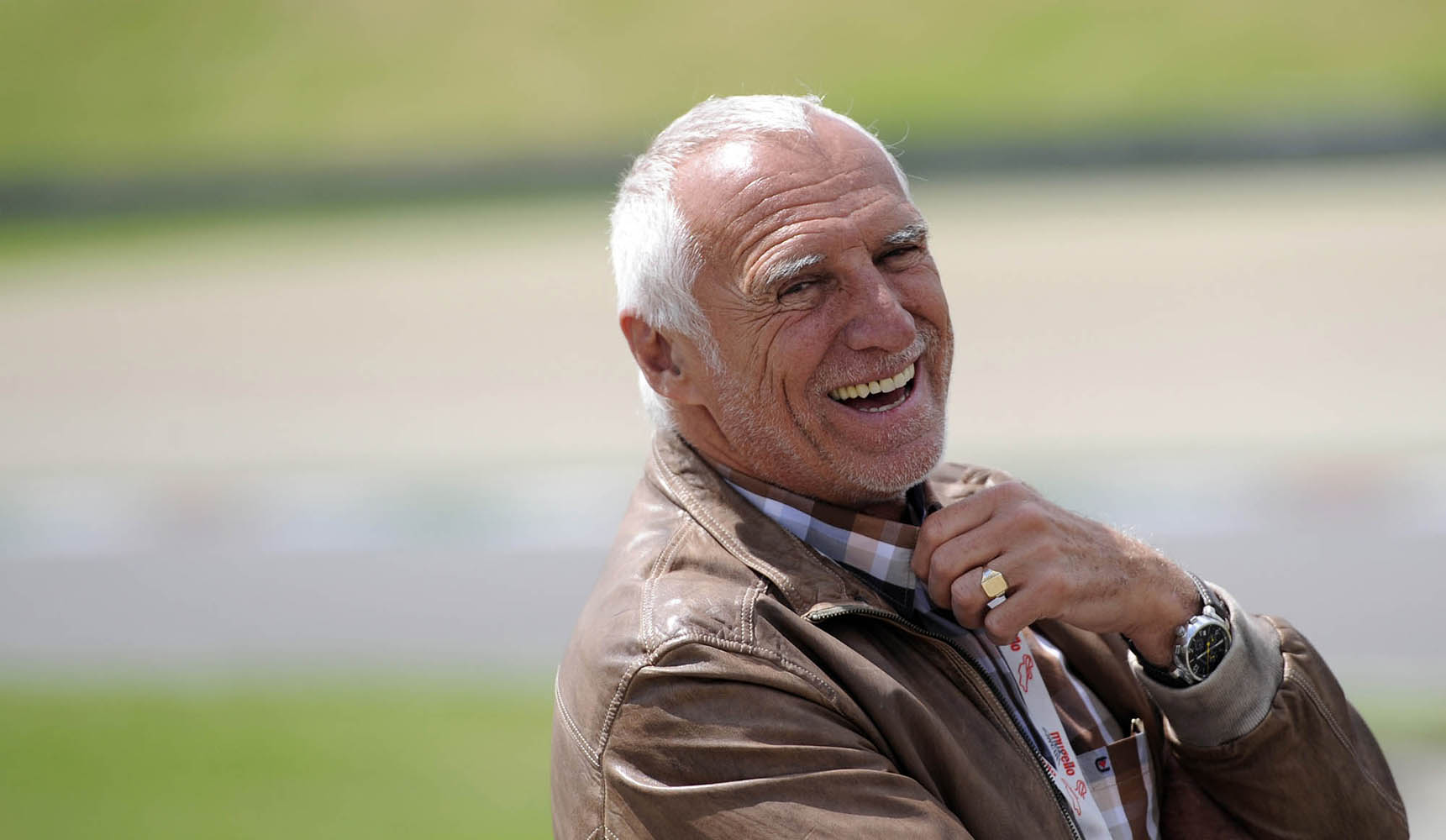 How would you describe the perfect woman?

An ideal woman cannot be described. For me, the most important thing in woman is sincerity and individuality. It is very important that she speaks what she thinks. And if woman can also combine intellect with femininity to everything, then she is very close to my ideal.

The biggest challenge you faced in your life and career?

Life itself is already a challenge, as it is not manageable and often unpredictable. But in fact, I cannot remember such concrete “challenge”.

Is there someone you owe to the success of your company? Or is it just your merit?

We have always tried to fulfill each task on the highest level, we have always fought for unique, creative, innovative solutions. Success is the result of a large team work of colleagues and the environment, so it would be absolutely unfair to say that all this is just my merit. Another thing is that in any big business a person who is able to coordinate, plan, analyze and lead is needed…

Do you have any weaknesses?

You need to ask my friends about this. Naturally, I know very good many of my weaknesses, but it’s not for me to talk about it.

What was the main driving force for you in creating such an empire as Red Bull?

Empires rarely arise planned and purposefully. Success is more the result of many years of commitment and purposeful, concerted, hard work. The main thing in all this, as they say, to do everything right, to be at the right time in the right place and enjoy the process and the results of its work. 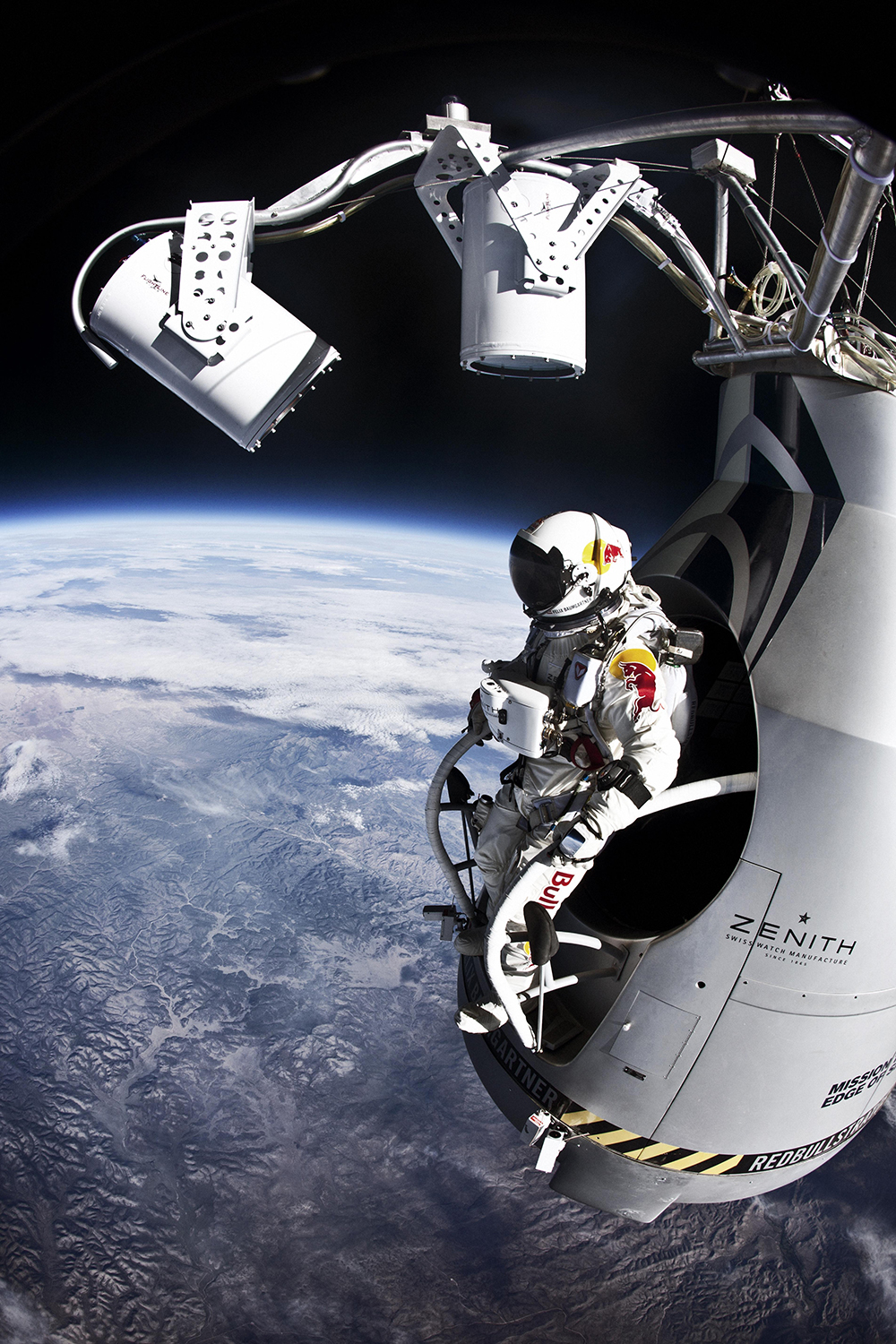 I know that you are fond of extreme sports. Is this a kind of entertainment, recreation for you or a thoughtful marketing step?

Rather the first. In fact, I have been practicing different kinds of extreme sports for quite a long time, but without any particular records in any particular form. It is quite enough for me to just participate and return home safe and sound.

In 2012, with the support of Red Bull, Felix Baumgartner broke a number of world records with his jump from the stratosphere. What will be the next achievement of the Red Bull?

We have a few ideas, but the philosophy of Red Bull is that we are not talking about any of the event until it becomes a reality, we refrain from making loud statements in advance. There is a good Austrian proverb, which can be translated approximately like this: "A chicken should squeal only after it has hatched from an egg."

The best business partner you have collaborated with? 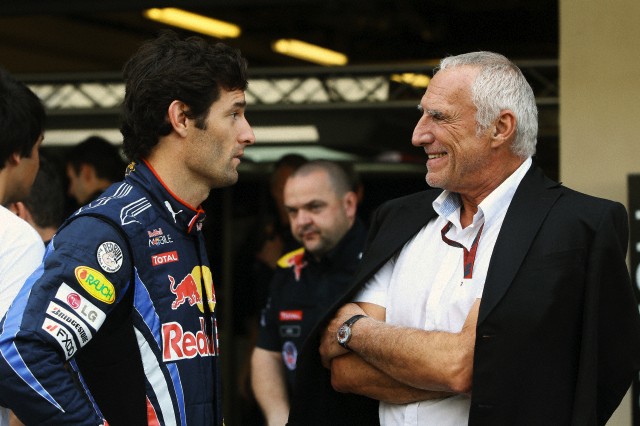 The power of pristine nature. A narrow circle of friends who have the same sense of humor and way of thinking, like me. A feeling of satisfaction from work. Family. A sense of time and power over time.

The best refuge for your vacation, in your opinion?

Austrian Alps or my own island Lauskala in Fiji.

There are dozens of energy drinks on the market, but despite this, Red Bull still occupies a leading position. What is the secret of your success?

There is no secret, we just try to make reasonable, responsible and correct decisions for the company, to maintain the Red Bull brand.

Best advice you've ever been given?

Do not listen to good advice … 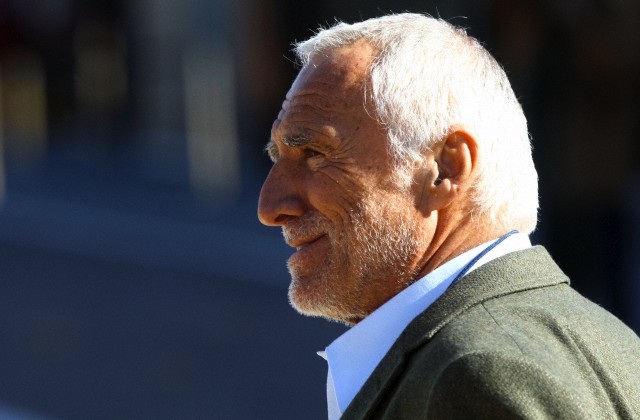 The brand Red Bull has its own approach to advertising, its products are rarely seen on billboards and on TV. The brand doesn’t need it: it won the sympathy of his target audience - the youth, talking to them in their own language. Proof is all well-thought-out, bright, exciting Red Bull projects. Agree, not every brand will guess to send an extremal into space so that he plans to Earth from a 35-thousandth height to the glory of mankind and Red Bull! The brand is known not only for the BC1 break-battles, No Limits or X-Fighters show competitions, but also for the entertaining competition of dreamers and craftsmen designing the most incredible aircraft, the Red Bull Flugtag.

The chief of a successful brand Dietrich Mateschitz should be listened to: the most important things in a successful business are to love your work, to work hard and do not focus only on profit.