The conqueror of the world 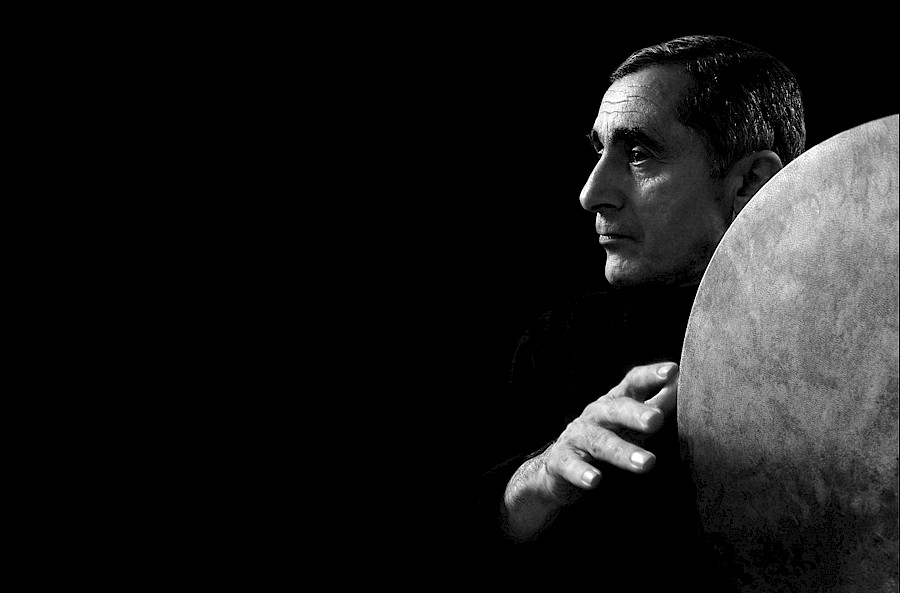 Born from the ancient temple hymns of the priests-Mugs, this music still carries a mystical charge. Of course, we are talking about mugham. And the performers of mugham, khanende, and to this day, with the power of their voice, they raise their audience to divine heights, revealing to them another dimension.

The charming magic of Alim Gasimov’s voice has already conquered the whole world. Our conversation with the khanende turned out to be musical improvisation: neither prepared questions nor learned phrases. Only sincerity and spontaneity, which are always unpredictable, like the brilliant music performed by Alim.

What don't you accept in your character?

Most of all I do not like my inability to wait. Very often I scold myself when I show impatience. But there are times when I myself am amazed at my endurance, and I feel satisfaction that I was able to overcome this flaw.

But, watching you on stage, one gets the impression that the khanende has tremendous patience...

The fact is that during the execution of mugham there is a battle for life, for breathing... And only when my consciousness is turned off, I give up and become nothing ̶ this is the moment when this fabulous music is born. And if you plan, think ahead, then nothing happens. Perhaps, therefore, it seems to people that I transform during the performance, and my patience is unshakable. Actually, I'm just at the mercy of music. A person is always obsessed with struggle, often with himself, and I am glad that during the performance of mugam, my listeners and I acquire harmony.

But how do you explain the general conviction that Alim Gasimov sings in a different dimension?

This is inexplicable. In this case, I just obey the elements of mugham and music in general. You know how to turn the lights on and off? So I have a switch and a switch on the stage too. But, if in the case of light you know the mechanism of its work, then here it is encoded. No one knows how it works. But as soon as this mechanism comes into action, the audience instantly falls under its influence. Upon completion of the program, people often approach me and admit that my performance carried them away to the clouds, some cry, approach God, undergo purification. These are tears from contact with some higher power that is impossible to see, you can only feel. I have come to the level that, even being on stage in front of thousands of people, I still perform for myself. All the best man does for himself, and accordingly, it comes from the soul, and the audience feels it. You have probably heard of the Sufi meditative dance?

Yes, of course, dervishes ceaselessly revolve around their axis...

Exactly! At some point, they catch their code, and their consciousness turns off. And therefore they can carry the viewer to another space. When playing mugham, the same thing happens. The main thing is to find the right code.

Did you have to fight with yourself?

Constantly, it is part of my everyday life. People think I'm special, but I'm just like everyone else. Money, food, the wealth of the world ̶ man is always subject to temptations. But the main struggle of man is the struggle with his own demons.

How can one surprise a man endowed with such talent as yours?

I can be surprised and pleased with the simplest: the smile of a baby, a sincere word, an act. Everything that comes from the soul amazes and gives positive emotions.

How do you distinguish sincerity from hypocrisy?

It is very difficult. I still have not learned to read people's hearts. You may find it strange, but I really believe people. Therefore, I leave everything to the human conscience...

And when did self-confidence come in, or was it always there?

No, not always. But I always believed in God and that He helps me in everything. In the most difficult moments of my life, I understood that without God's permission and blessing, I was nobody. Both in life and on stage, I always feel His presence and support. 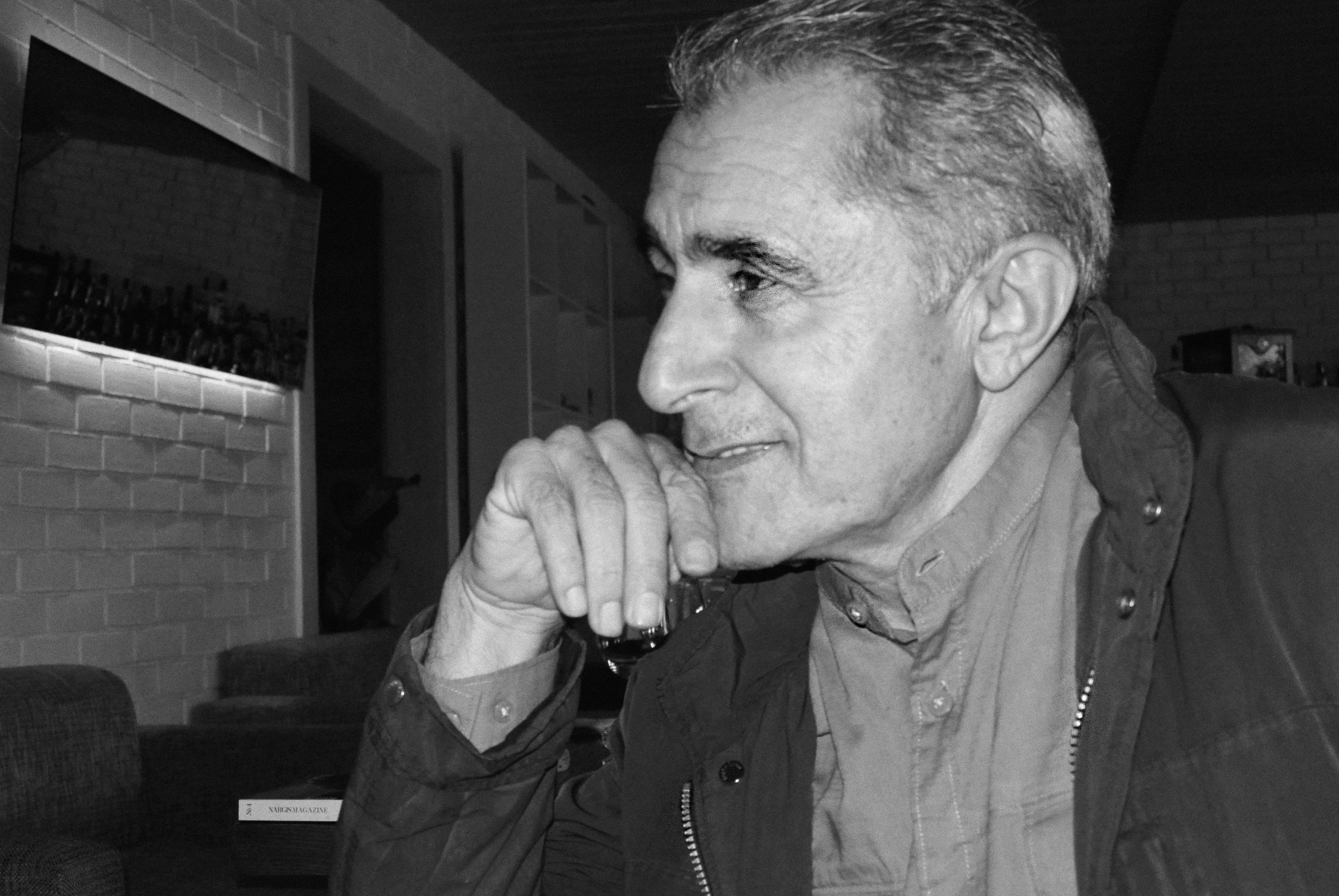 It seems to me that since the Almighty has endowed you with such talent, then Alima Gasimov can surely be called God's favourite...

I think the Almighty gave each person a certain talent, but people do not understand and do not realize it. It never occurred to me that I would ever be recognized and won the respect of so many people. I could not dream of such a thing. But since He ordered so, I could only gratefully accept and cherish my gift.

What is your life philosophy?

On many, I make the impression of a complex person. In fact, it is not. I was born in a village, so everything is simple about me. I'm glad I could keep this simplicity to this day. My life philosophy is simplicity and sincerity. I do not do something that gives me discomfort, and I prefer to remain myself under any circumstances.

As far as I know, you have had many interesting incidents while touring the world.

Cases were really a lot. For example, one day a very intelligent French woman approached me and admitted that she loved symphonic music very much. But it was mugam which taught her to feel everything in a new way, with greater sensuality and power. In America, people came out of the concert hall in tears. After one of the performances of our team, Yoyoma, a world-famous American cellist of Chinese origin, joined us in his program, and we travelled with him almost all of the States. We had a seven-minute party during each of his concerts.

When did you first feel the power of your voice?

This happened after the exam in the music school named after Asaf Zeynalli. After that, I won a prize at a music competition. Then came the realization that my voice was a gift of fate, which I had to improve.

While conducting the Mugam Festival in Baku, I learned that even in European countries they perform mugham. For example, the Spanish gypsies ...

In every corner of the planet, particularly in folklore, there are elements of mugham. This is the music that I call “state”. It sounds in different interpretations, differently called, but generally unified.

Do you need a muse, inspiration?

Any creative person needs inspiration. But for me, the muse should not be earthly, but divine. Love for a person is alive today and tomorrow it might not be. And the love of God is eternal. Therefore, my inspiration is His love, my muse is a feeling of closeness with Him, my highest degree of satisfaction is His presence everywhere and in everything.

Have you ever wanted to leave the stage and stop performing mugham?
You know, if you did not ask me this question, I would never dare to speak on this topic, because it would be disrespectful to my fans, connoisseurs of mugham. But I confess, there were moments when I wanted to quit everything. But the Almighty always sent me a sign, the reason for which I remained.

How do you feel about the synthesis of mugham with modern music trends, such as pop or rock?

I am always for innovations and support all those who promote mugham through other musical directions. It turns out a mutual exchange of wings, and this flight is beautiful!