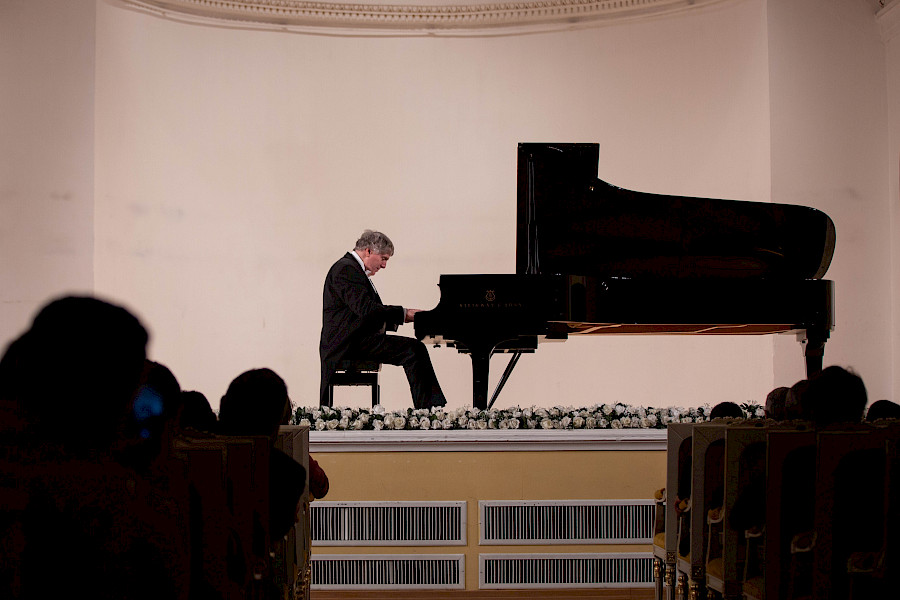 There is an incredible, universal language, which everybody, young and old, understand equally well. It is the language of music. Even when the violin of European adult speaks this language, and little girls and boys in Azerbaijan listen. For this concert two major musicians came all this four hour way from Budapest to Baku, where they have never been before. And a very soulful event took place on the evening of December 15 in the The Magomayev Azerbaijan State Philharmonic Hall. In the center were children – pupils of boarding school No. 5. They may not see the world as well as we do, or do not see it at all – but music brought us all together. 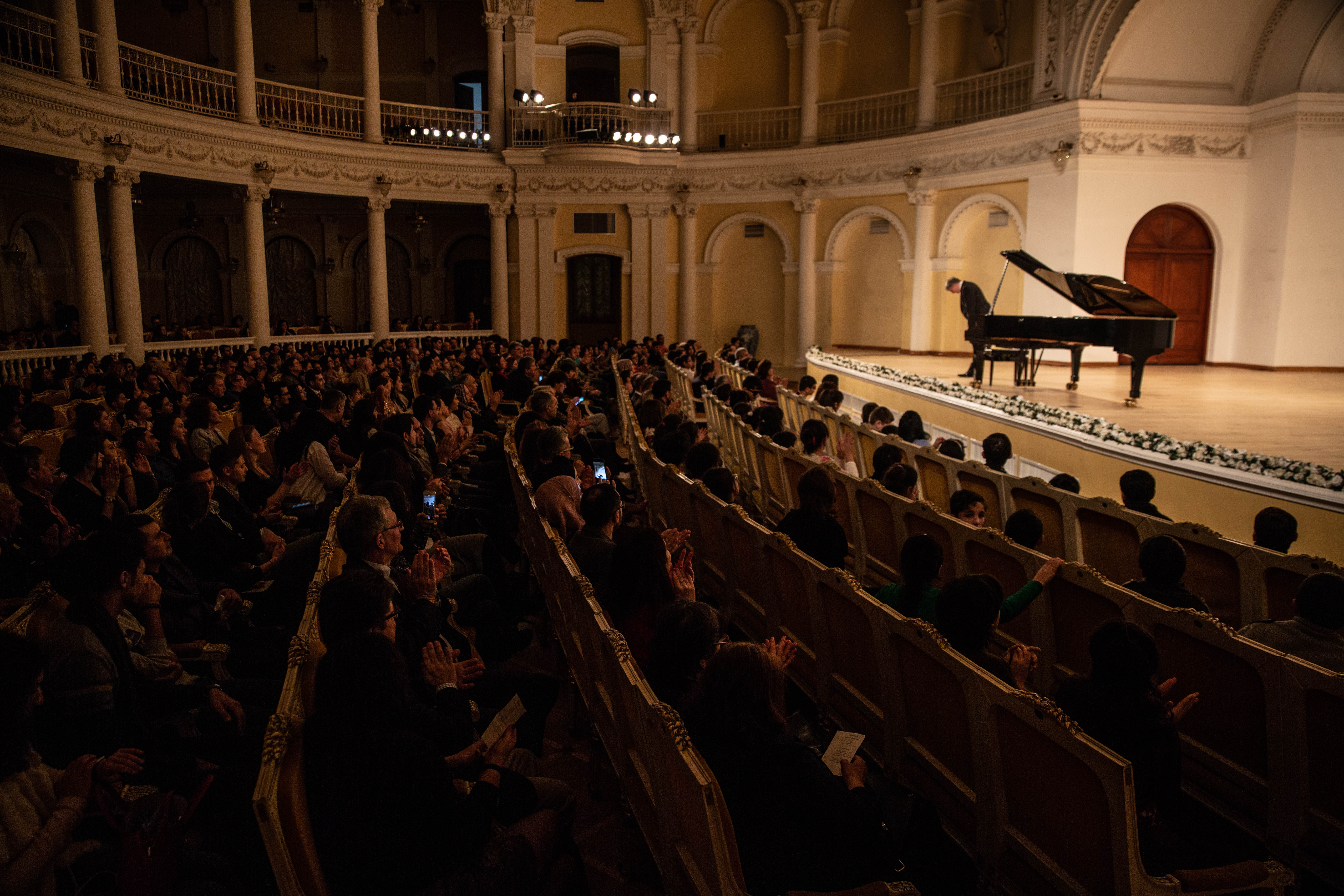 Félix Lajkó played his bright compositions. His violin spoke about Hungary, the country of Magyars, famous with their music and dances. And if you were there and your ear caught Azerbaijani musical motives, then you heard it right – musician gave his tribute to the legendary kamancha player Qabil Aliyev, whose works he is familiar with very well.

Fingers of Endre Hegedűs were showing magic tricks one by one, taking out from under the black-white keyboard magical sounds of “Hungarian Rhapsody” and “Liebestraum” beloved by all. And of course, what a night would it be without Chopin and Béla Bartók – one of the fundamental pillars of Hungarian classic music? 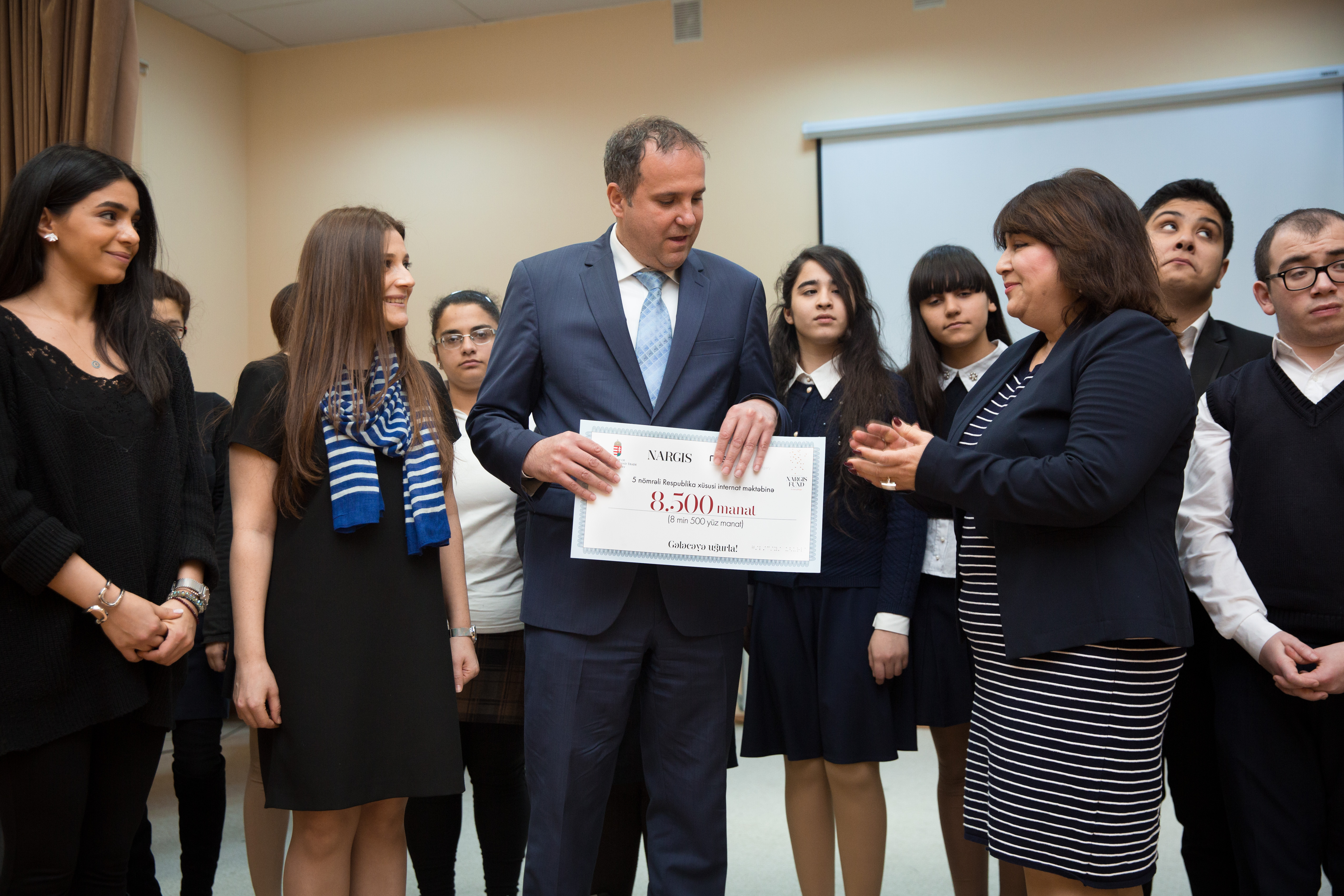 And if prior to the concert there was a blissful smell of Hungarian spices, salami and chocolate at small fair, afterwards the taste triumphed. With a glass of sparkling wine (and children – with plates full of snacks) guests could not stop chatting like good old friends. Nargis team and Embassy of Hungary in Azerbaijan reached their goal – the sum of 8500 manats gathered from ticket sales and at a fair, was transferred to boarding school No. 5 for purchase of Braille device. With its help blind and poorly seeing children can learn to read and write. The students received ornated gingerbreads – Mézeskalács. As per tradition people in Hungary give them to each other for Christmas. Wives of ambassadors of the foreign states and international representatives in Azerbaijan poured out all their love in these gingerbreads, having gathered altogether to decorate gingerbread figures with sweet glaze. They were taught by the famous Hungarian confectioner Marianna Kadar.