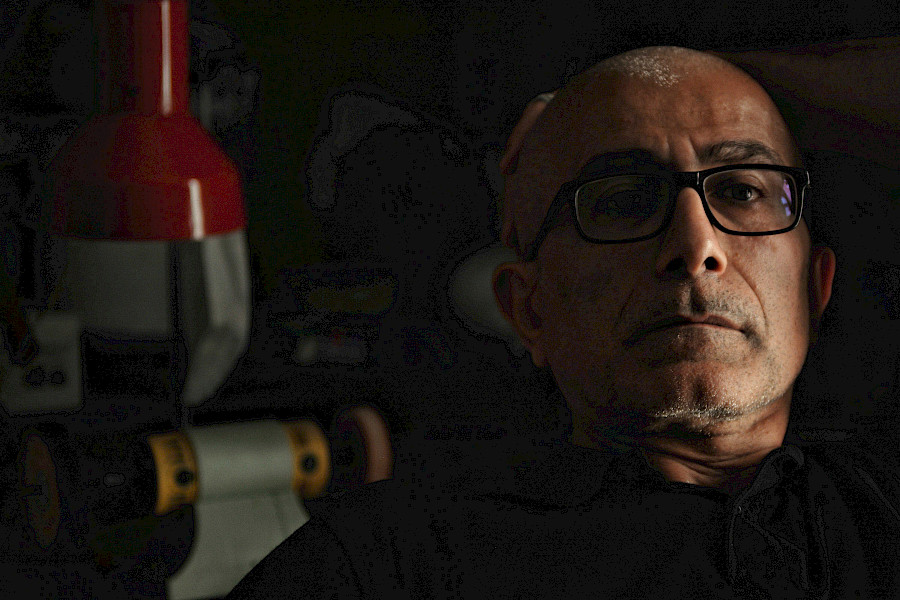 Chingiz Babayev does not fit into some single genre and even one art form, his creative scope is extremely broad. Seeking to express his ideas through the rich arsenal of the modern art, he constantly experiments: work in the Baku Center of Modern Culture Art Ets, wax figures for the Madame Tussauds London, numerous projects in land-art genre, unique author's carpets and the whole carpet installations… He affects perception by using various tools, forcing to look at the most usual in a new way. Drawing a thread from the culture of the past to our days, Chingiz Babayev in his own way continues traditions, inhaling a new life in them. And each new stage of his creativity is a new cycle of rising spiral, a climb on a new level of maturity and skill.

Vienna manifesto
This year for the artist started successfully – with an exhibition of his works, opened at the Azerbaijani Cultural Center in Vienna almost right after New Year's holidays. It's not the first time the artist introduces his works to the Austrian audience. This time he presented his main brainchild – conceptual carpets. ...The space is settled, exhibits are placed, posted on walls, the first visitors wander around the hall... Someone glances with confusion in the brochure handed out at the entrance, looking for the keys to visual codes in it, and someone's eyes already feverishly shine – apparently, he got it, found out!. Five more minutes – and it's time for him to come out to the audience, welcome them, read his manifesto and introduce with his works, accept the applause – such a small happiness of the big artist... 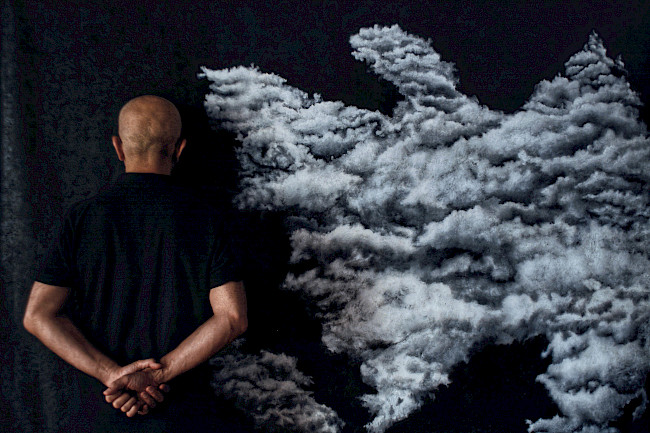 Secret meaning
From 1994 to 1996, I worked on a number of land art projects. In Handmade carpet – installation, "weaved" from leaves and fruits, – an Azerbaijani carpet was recreated. Using emotional, bright colors, playing on contrasts and involving images of animals and fantastic beings in projects, I "spread" the coded messages in Italian Borgo-Valsugana and the French Strasbourg ("Caravan"), in Austria, in Ukraine, even demonstrated them on The 52nd Venice Biennale. On a few square meters laid out with fruits and vegetables, East and West invariably meet in eternal unity and tireless confrontation. 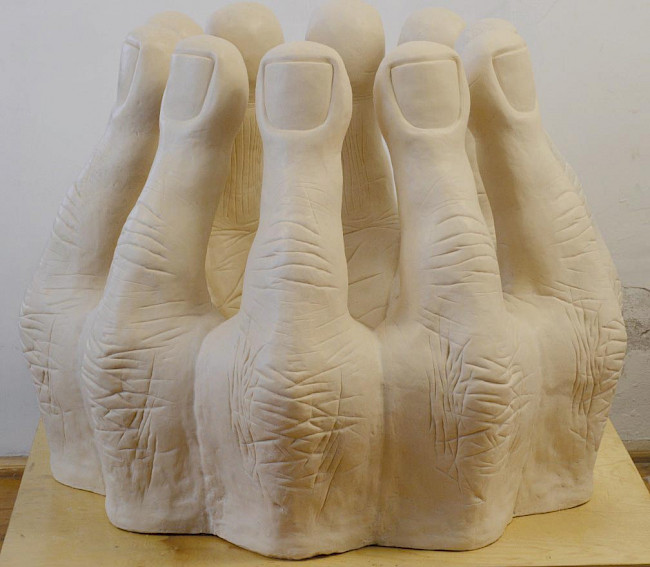 Yin Yang
Later the carpet subject will turn into the main theme of his art. From "carpet" installations the artist passed to pile carpets, one of which took honored place in permanent expositions of the Carpet Museum. Chingiz Babayev discovers a carpet subject in an absolutely new way, his own way, and exactly from this difference from attempts of all other masters to comprehend the secrets of the ancient craft begins a completely unique story. The carpets of Chingiz Babayev are not so much a tribute to tradition as a product of a new time, the product of an era of modern art. The artist who mixes national pride and latest matrixes gains popularity in the go-go '90s and successfully tours with this idea on large international exhibitions. However today we have something special in front of us – some kind of monumental primary source loaded with powerful archetypes.
As if mystical the shaman capable of getting into other reality with a tambourine, Chingiz comes out on an untilled field of the modern art and gets started − does he do it by himself? Or he is directed by someone's unknown firm hand? – to materialize something incredible that never existed... The central figures in this transcendental story become Yin and Yang – eternal wanderers in bottomless area of powerful space, the souls exhausted by unbridled attraction to each other, by impossibility neither to exist separately, nor to become one... The giant figures, symbolizing the continuation of life on earth and the triangular mother's bosom of the essential, having taken hands, merge in a cosmic dance, resembling whether a violent fight, or a love prelude, and maybe, being both... Figure curls decorating Chingiz Babayev's works are not only letters from the past, but also cosmic signals from the future. In these ornaments, the great mystery of creation is encrypted, and the male and female designations covering the pile surface are captured frozen in a single moment separating them from immersion in a bunch of chaos. 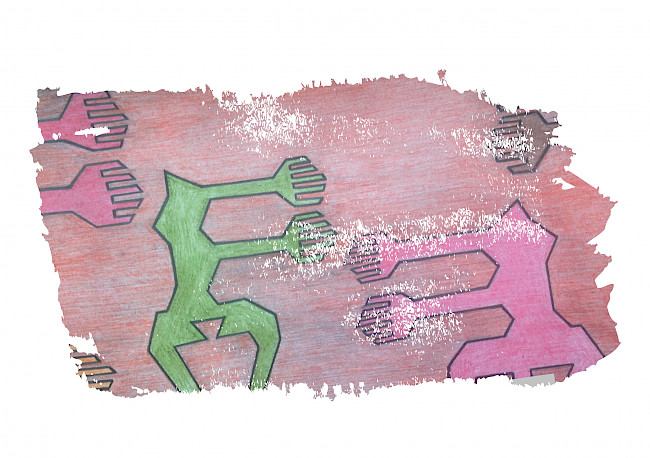 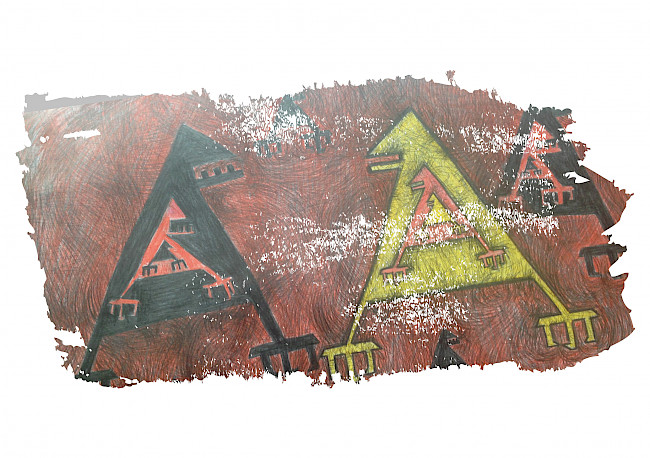 Today it is very difficult for me to clearly determine who I am. I write texts, but that doesn't mean that I'm a writer; I write poems, but that doesn't make me a poet; I create carpets, but you won't call me a weaver. I just use different tools to express myself, just like I can speak different languages when I need to.
At the moment I am aimed at advancing of my carpets, however, it takes a lot of resources. I have four carpets, one of which is in Carpet Museum in Baku. I suggested the director of the museum Shirin Melikova to make joint projects, right now we negotiate regarding this matter. We could, for example, to make a joint exposition of medieval and mine, author's carpets. That would be interesting. Through the carpets I try to speak about modern life, gender, social problems, etc. At the same time I began working on a Sufism themed carpet.

Wax people
In 1997, among the thousands of applications on participation in working on creating wax figures for Madame Tusseauds Museum was mine as well. Having passed exam, I was among three Azerbaijanis who received the invitation. It was initially planned that the project will be implemented in New York, but it unexpectedly was replaced by London, and I spent the next three years, poring over Tina Turner and Elton John, Shirley MacLaine and Michael Jackson, Billie Holiday, Hugh Grant, Kareem Abdul-Jabbar. This job is hard and pretty boring. I had to get to know my heroes closer, study biographies, feeling their fates. For example, I listened to Billie Holiday a lot; turns out the singer had a very difficult fate. I was struggling with Michael Jackson's nose quite some time – the work of hands of the plastic surgeon, not the nature. And over a figure of the basketball player Kareem Jabbar, the highest in the museum, I had to work, climbing up a ladder. 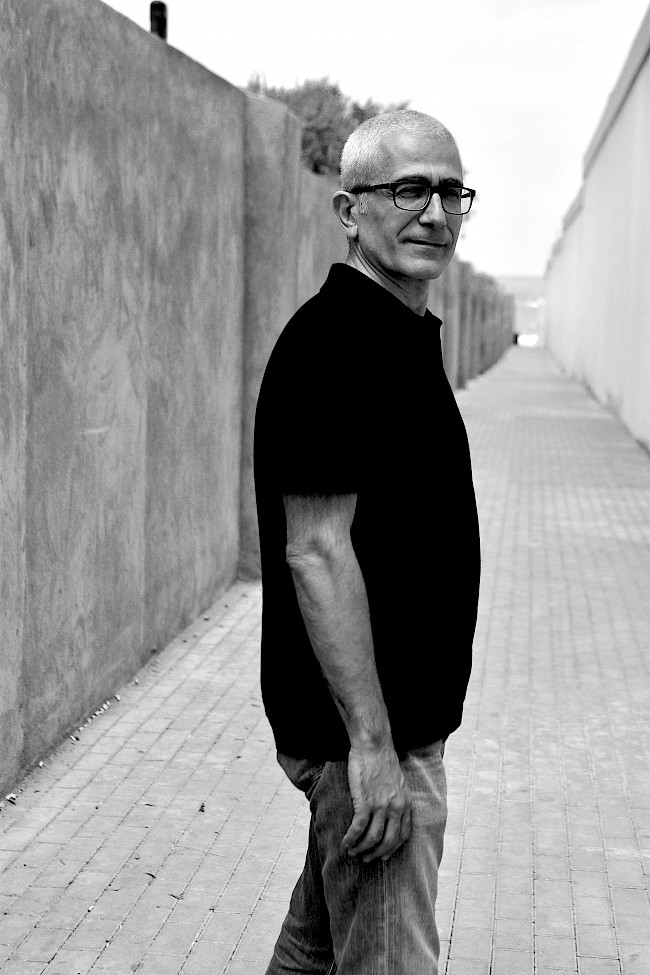 Silver witnesses
Continuing creative experiment, Chinghiz Babayev creates silver replicas of his own sculptures, giving new function to the art objects. Conceptual decorations require intellectual reflection and raise a series of philosophical questions. Pursed lips, bright magic amulet in the form of an eye, the bracelet gently embracing a wrist with "hands" – each of these ornaments becomes the carrier of cultural meanings and refined metaphors which could be read only by experts 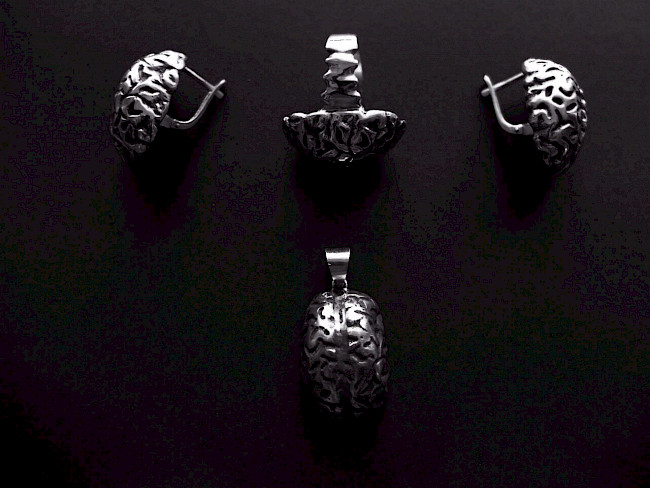 Faith
There is no clear answer to the question of the essence of God. I think the duality itself is embodied in Him. My love for God has always been refracted through the prism of love for art. God is both a woman and a man, and at the same time He is neither a man nor a woman. I recently read somewhere that God created women first, and when it became hard for them to reproduce, he invented men. Sometimes I think that people were not created intentionally, they are only a part of the general, logically caused evolution process, energy carriers. The body completely loads up with energy, and then begins to move on an inclined plane and dies away, returning to an initial state. But energy of the dead battery the remains...

Intention
Earth is a place where dreams come true. We come here to realize them. Our first wish, once we are born, is to eat well. Then desires grow, they become more various... I, for example, write down my desires, try to visualize them; sometimes they seem outdated and demand updating. Intention is important for their realization. Our destiny, to a large extent, is a result of our intentions. 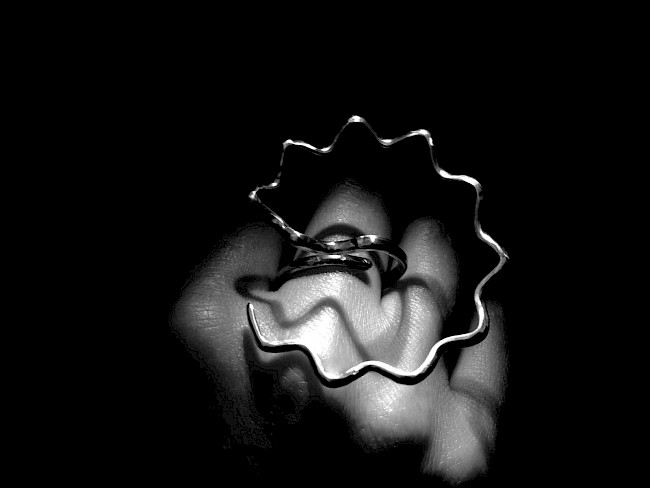 Love
Eşq – so is called one of my works. Ordinary room two by two meters, in shape of trapezoid. Full darkness inside the room, curtains are black too, on walls and a ceiling cut out: Eşq. I sought to show the world through the prism of love, which, in fact, solves all issues. After all, no one will lay a hand on what they love. – N