Canaries in the Coal Mine: Art in the Age of a Warming Planet 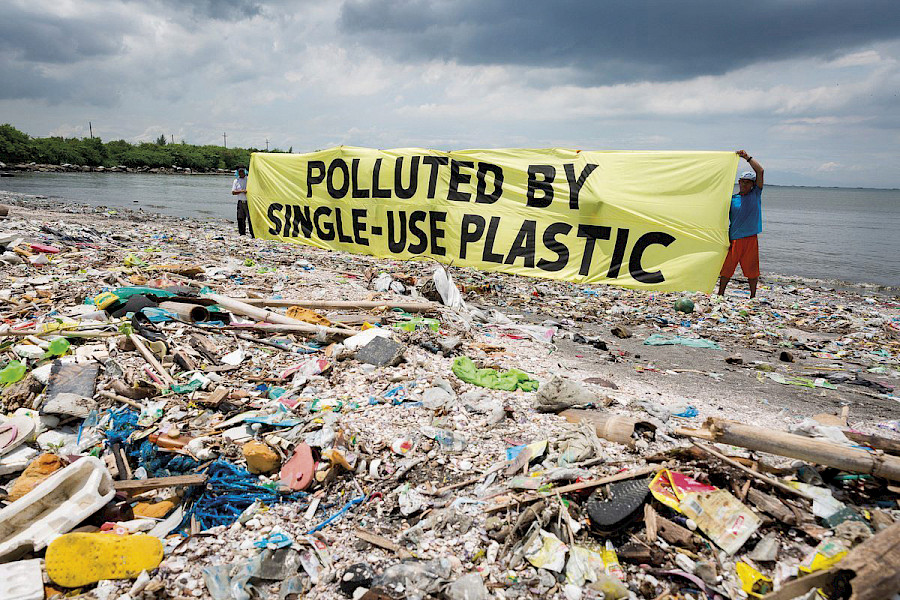 Imagine the world is ending — what’s it like? A devastatingly beautiful blue planet dramatically hurtles towards Earth a la Lars von Trier’s Melancholia? Or, does the ice age hit us like a ton of bricks as per Roland Emmerich’s The Day After Tomorrow? These sorts of natural disaster science-fiction scenarios are how I used to imagine doomsday before May 2019. What’s changed? I spent an hour on the mezzanine of the Lithuanian Pavilion during the Venice Biennale Arte’s vernissage, where I found myself in a peculiar state (somewhere between mesmerised and rooted to the ground) observing an artificial beach, upon which bathing suit-clad vacationers of all ages, shapes, and sizes, sunbathed atop their vibrant beach towels, applied copious amounts of sunscreen, played badminton, scrolled through their smartphones, perused a bevy of magazines, and even walked their dogs, all while singing their personal stories and anxieties, which as the libretto slowly unfolded, turned into a telling contemporary opera on climate change. 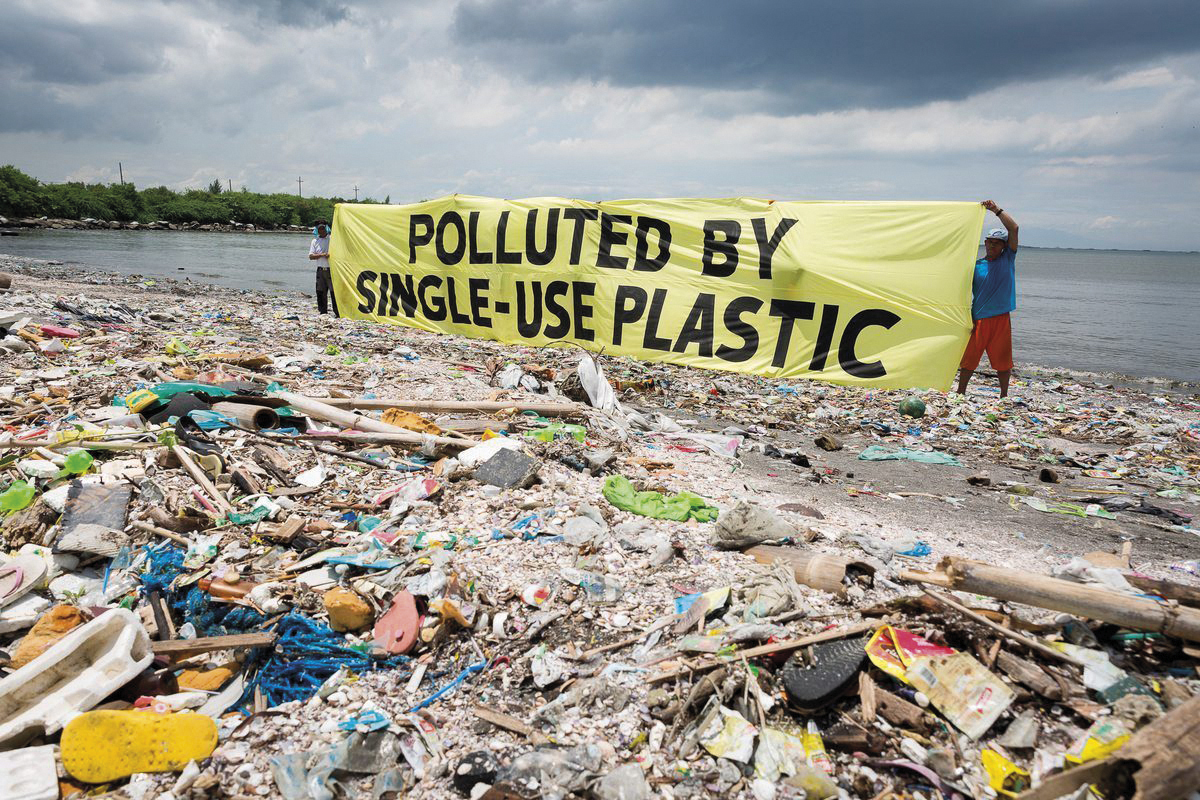 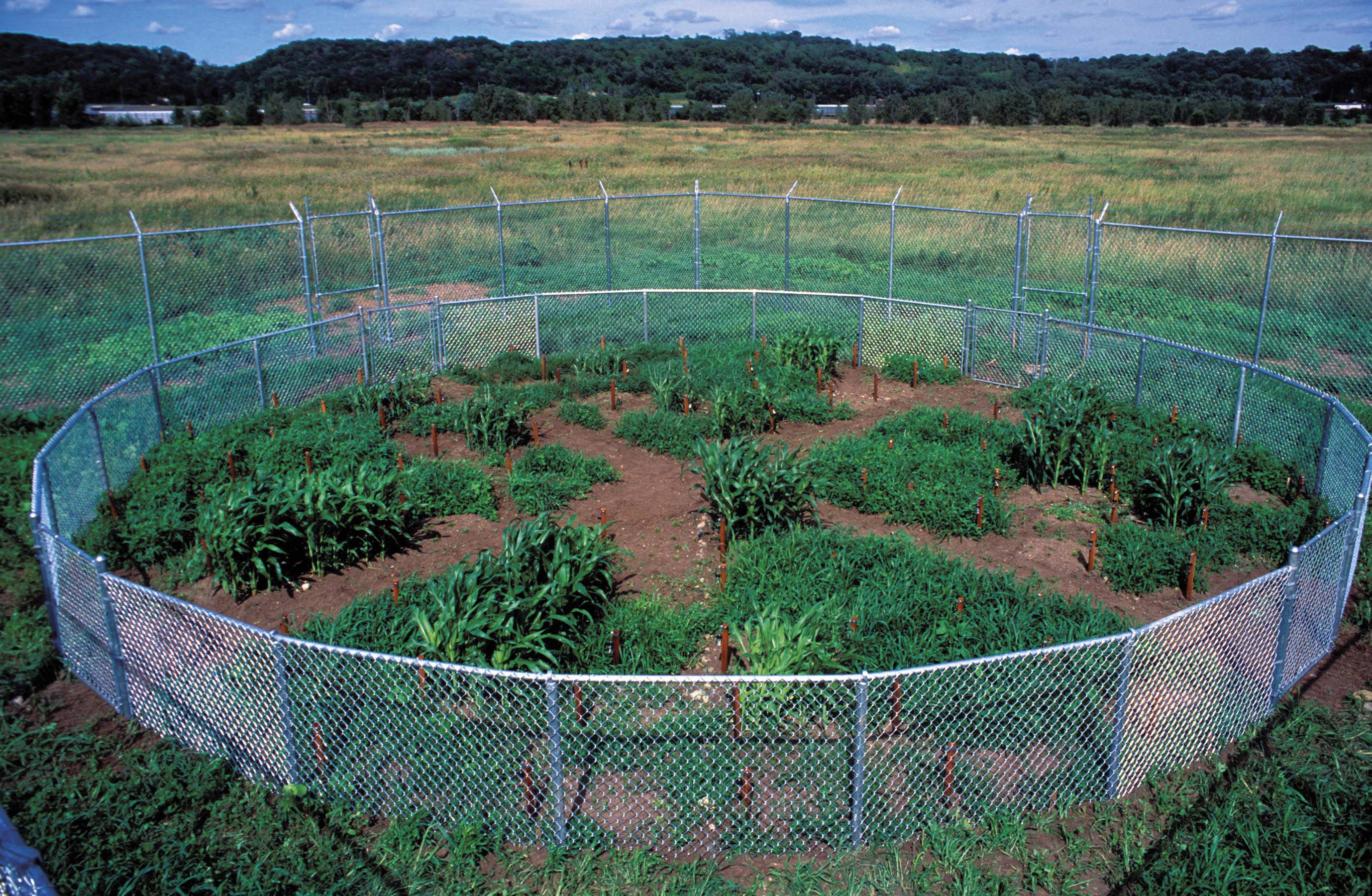 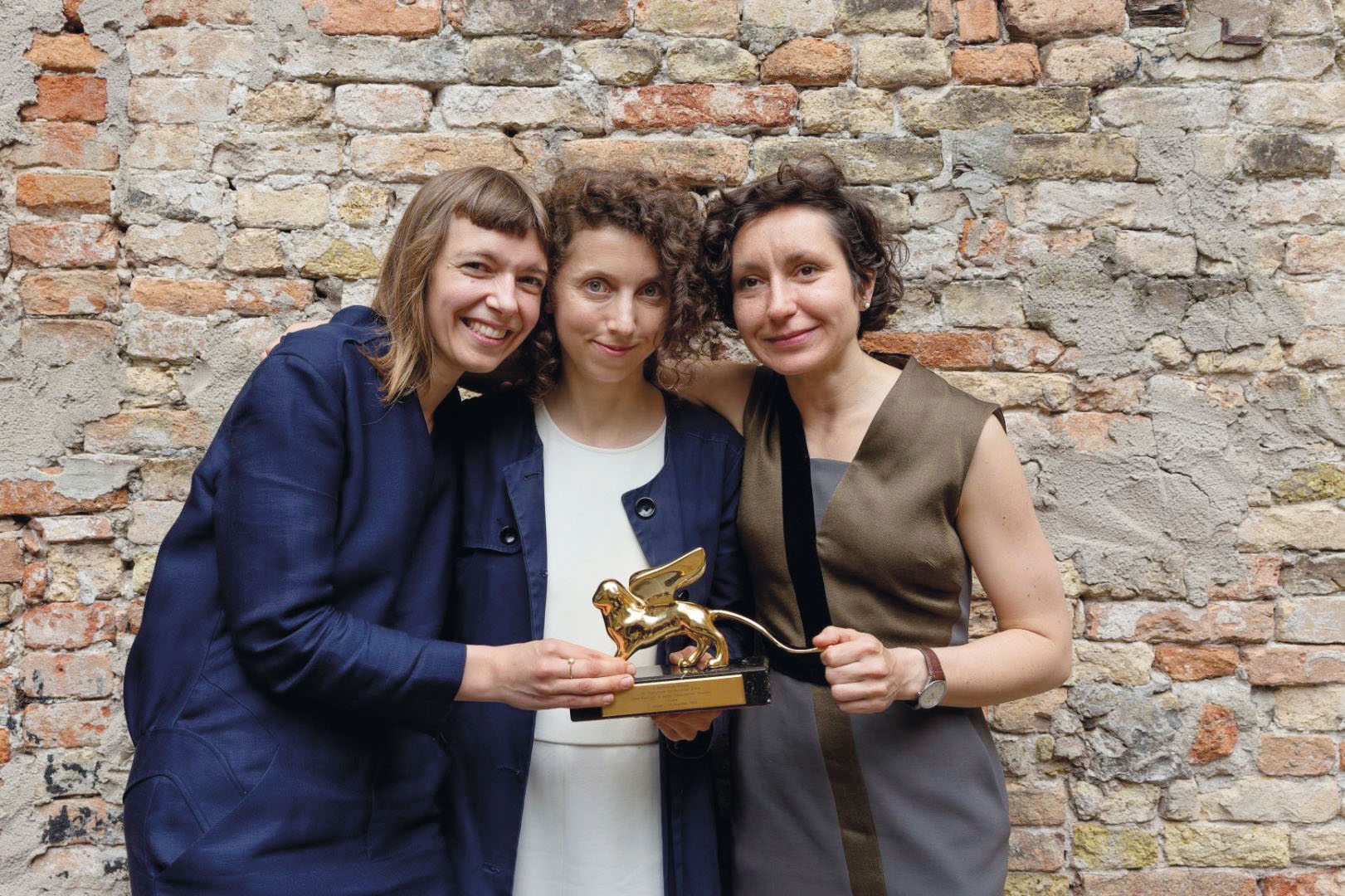 It’s a metaphorical work that as New York Times’ Joshua Barone points out, deftly animates “a panoramic cast of characters whose stories coalesce into a portrait of an apocalyptic climate crisis”, presenting “an overdose of contemporary leisure”; a reserved and simultaneously, unnerving performance about how humans are quietly destroying the world via a range of deeply ingrained habits and commonplace indulgences. “Contemporary crises unfold easily, softly like a pop song on the very last day on Earth,” mused the Pavilion’s organisers, and the more I watched the more obvious it became that the world’s ending is not only right on course, but is also accelerating everyday at an alarming rate while the topographically appropriate equivalents of languorous sea-goers languidly complain about life’s minor inconveniences, often letting their hardly biodegradable waste fall where it may. Grainytė has mentioned the piece is “...about nothingness — nothing is happening” and, well, it certainly felt like a sustained lack of action was leading us straight to the end of our days. 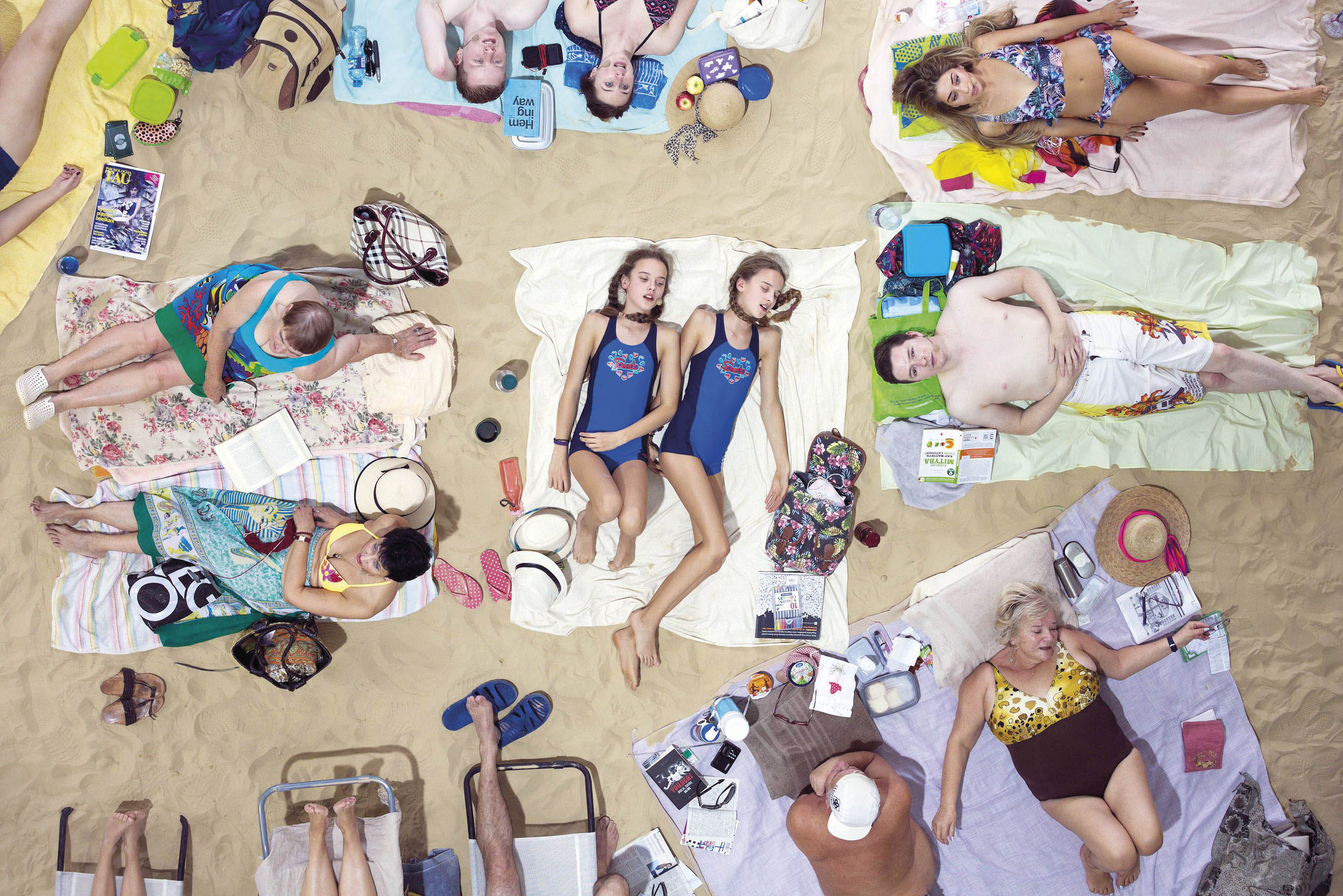 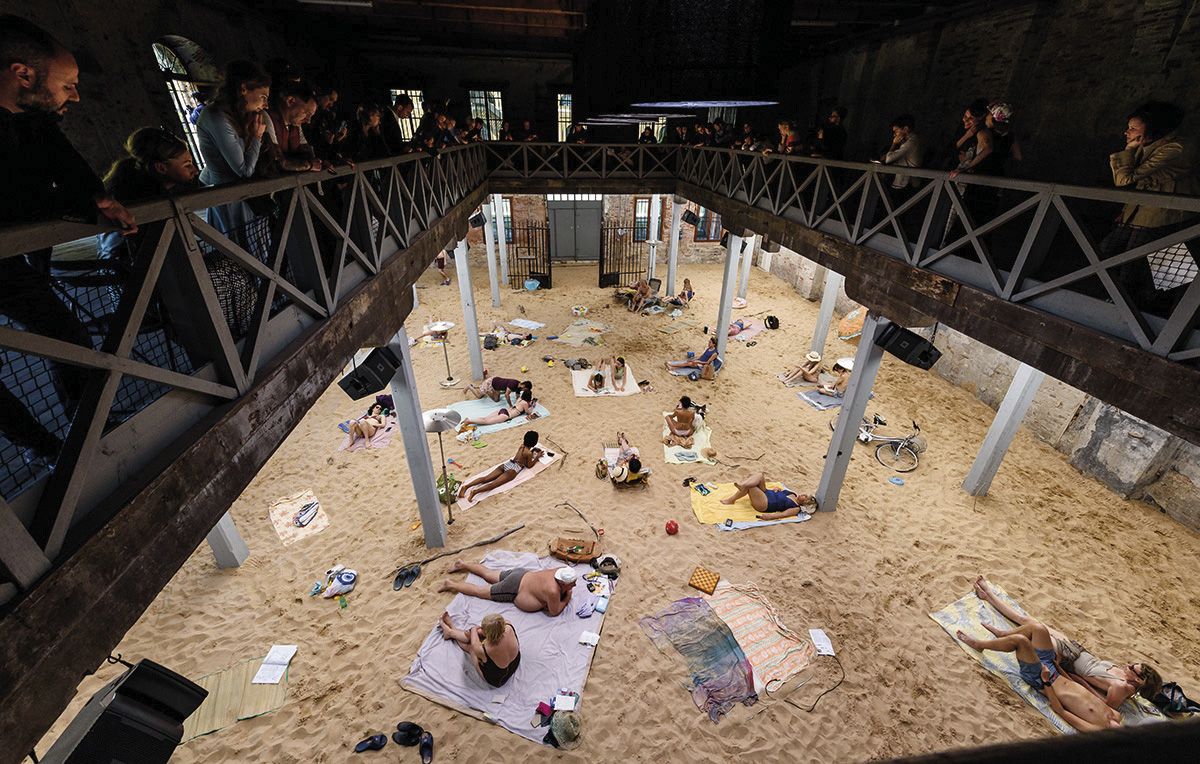 This indoor beach opera is a great example of what writer and critic Evan Moffitt called for when he said: “We need an art that thinks of the future by turning to the present.” The art that identifies the crisis and addresses it in a manner that’s neither too literal nor abstract, but by using images familiar to the public, images that convey weighty social and political concepts relevant to our times, which reflect the world as it is, as well as where it's headed, back at us. It's like when the Catholic Church has fought back against the Protestant Reformation by systematically commissioning frescoes to revamp the floundering image: different reasons, same agenda. In fact, I’ve always liked novelist Kurt Vonnegut’s canary in the coal mine analogy: “…artists are useful to society because they are so sensitive… 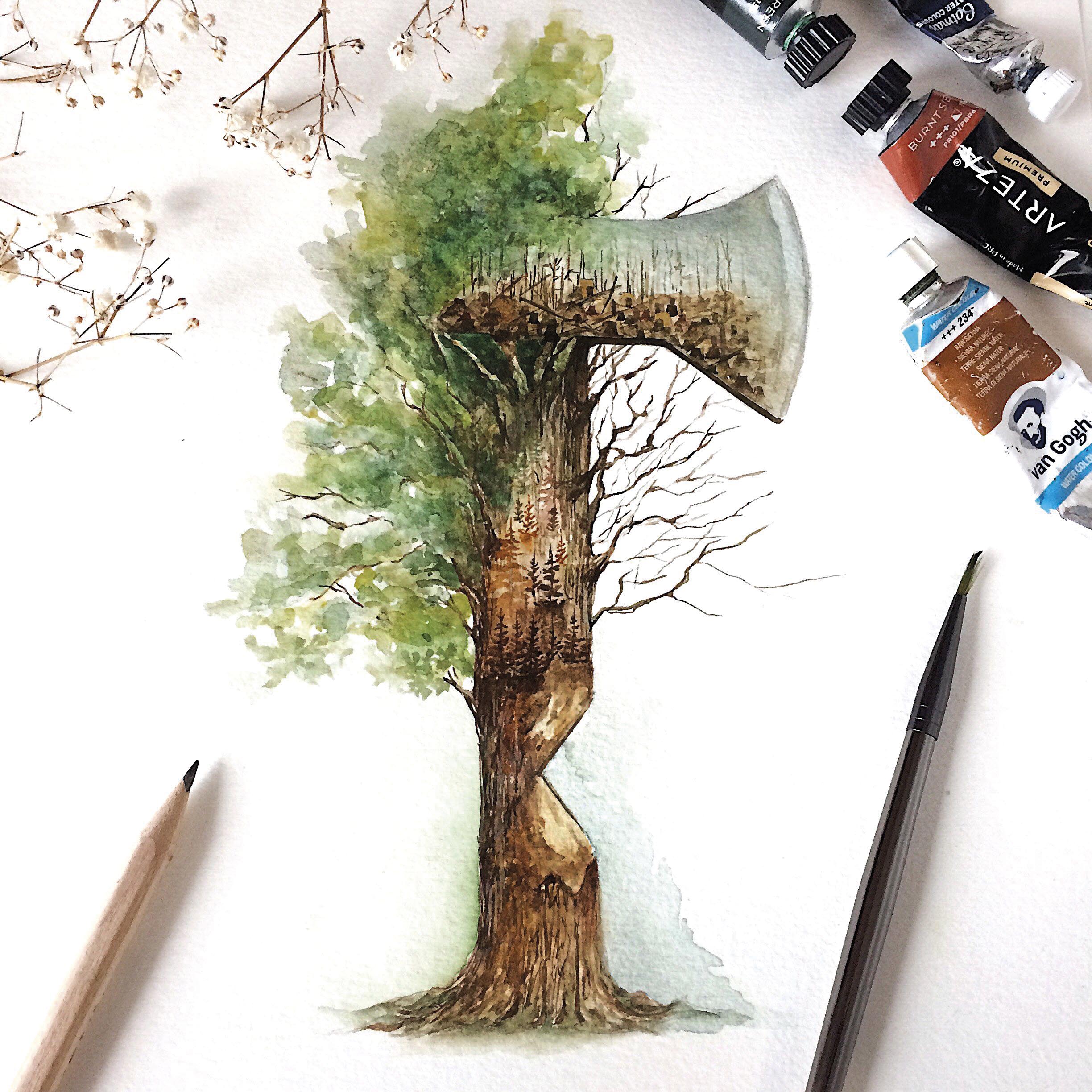 They keel over like canaries in poison coal mines long before more robust types realise that there is any danger whatsoever.” Indeed, miners were entirely dependent on these tiny aves to alert them to the presence of toxic gases. In today’s fraught and uncertain climate, artists would do well to consider themselves as indicators of potential and upcoming danger and their artwork as tools-of-noticing, while the audience would do well to heed the words of the often clairvoyant, in his science fiction writing, Vonnegut: “…artists — all artists — should be treasured as alarm systems.”

But, it's not just artists who are referring to science, just take climate scientist Dargan Frierson who’s designed a game called Climate Quest, which allows players to engage with climate change. “There are so many things that games can do. Things that help people connect to big problems like climate change.” He elaborates: “You can speed up time, visualise things that are invisible or … fail a few times before you’re eventually successful.” Art has that same visual and immersive power, boosting global conversations, mitigating social structures. It’s able to analyse and rethink its social impact, all while addressing a plethora of relevant socio-ecological aspects and provoking audiences into examining the effects their lifestyles have even on places that, at first, seem irrelevant due to their far-off location. It would serve us well to remember that in it's most fruitful epochs, art was treated as a language of freedom and an engine for progress, and to continue this tradition while remaining mindful of acquiring ecologically harmful habits; making a shift from collecting material objects to collecting ecologically constructive processes, and supporting proactive community-oriented projects. 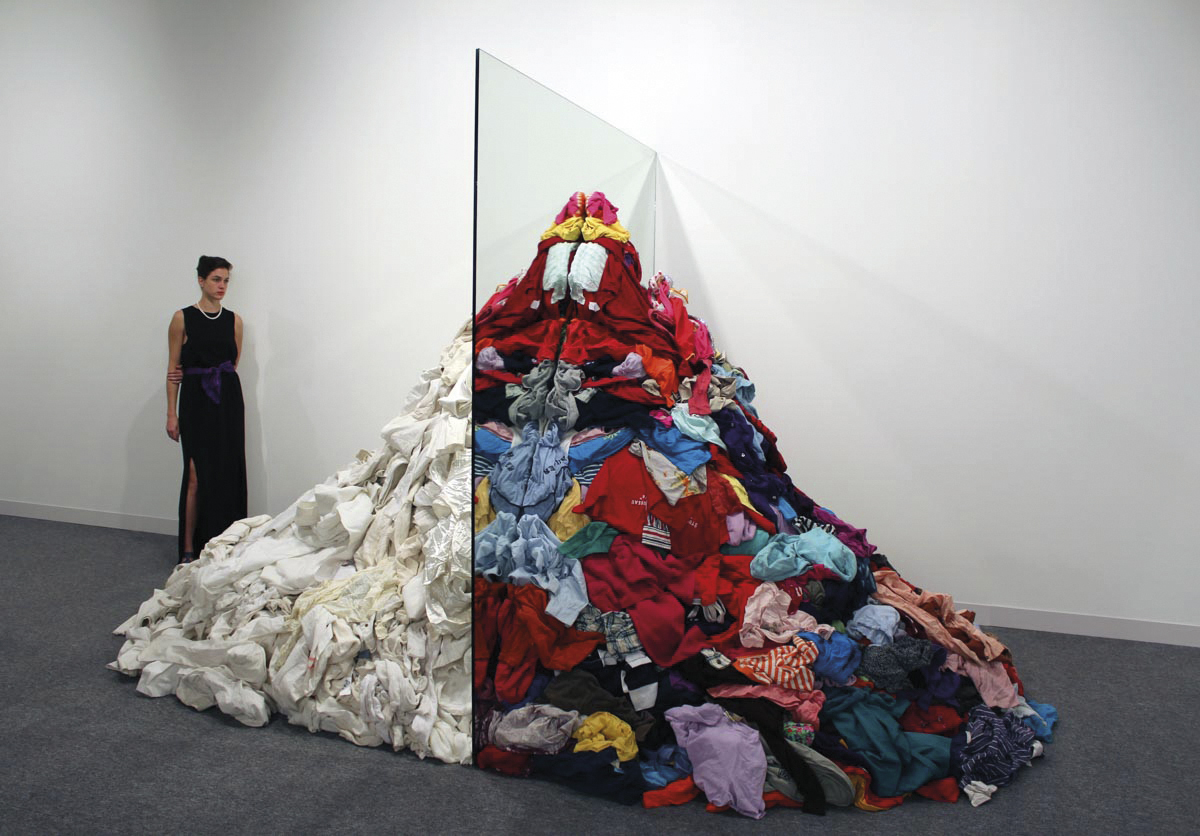 Performance artist and hypnotist Marcos Lutyens has recently said in an interview with Zeitgeist 19: “It is essential that artists help draw attention to the urgent need to fight climate change. The only really effective front for fighting this is by starting with people’s consciousness and then changing their attitudes and behaviours.” I wholeheartedly agree, and luckily a number of artists, such as Amy Franceschini who questions and challenges existing social and environmental systems, or Maria Thereza Alves who works at the intersection of ecology and colonial history, are doing just that. I also honestly couldn’t agree more with artist and theorist Michelangelo Pistoletto, who during a 2019 MiArt Fair talk spoke about art existing on the border of freedom and responsibility with artists assuming a social responsibility that includes both investigating critical matters and raising awareness… Because just like in the chaos theory’s butterfly effect, a minor change at the beginning of a process can have a major impact as time progresses. 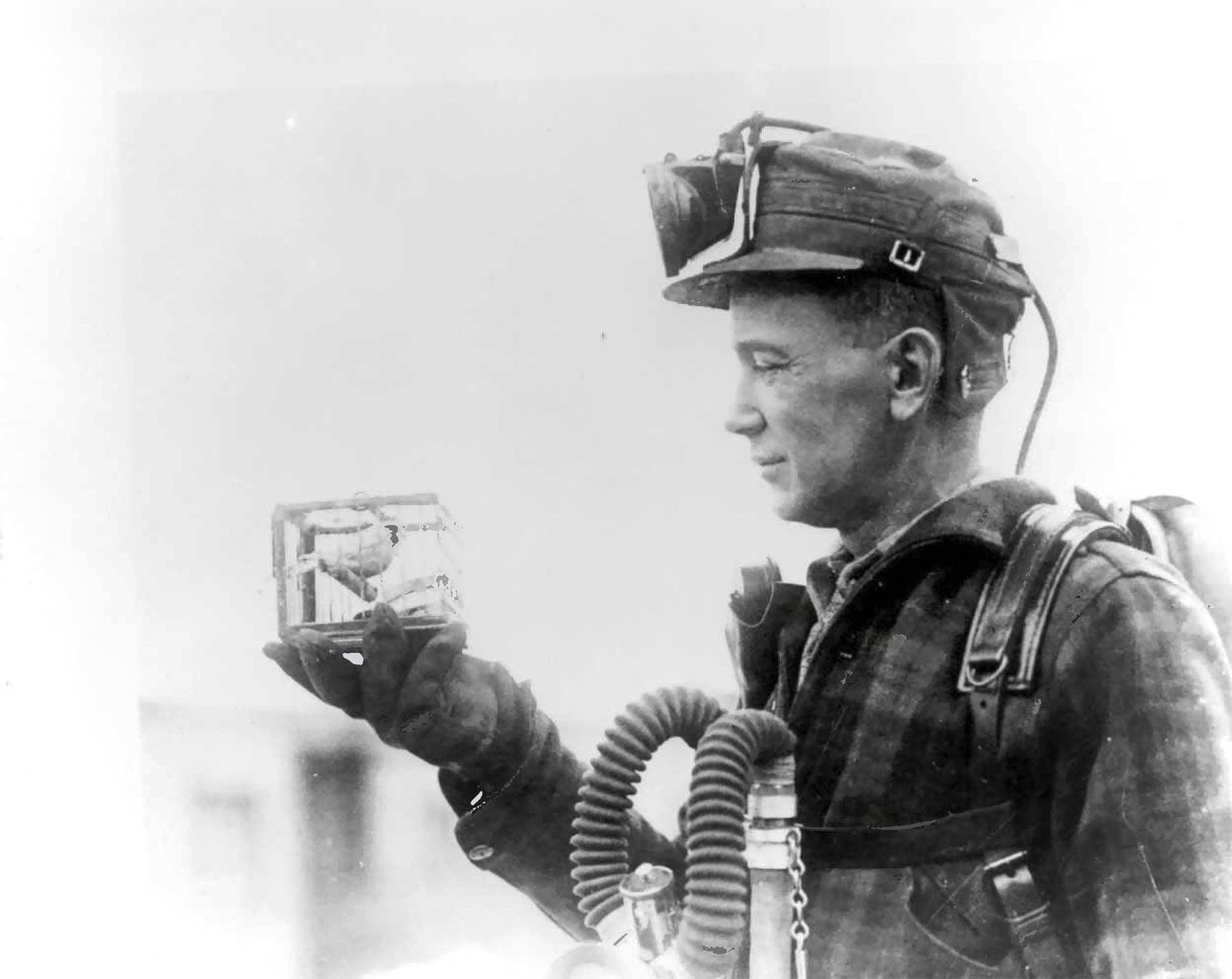