BRICK with the TIMES

“Don’t worry about what the others are doing.

You must embrace what is special about you”.

LEGO: A Children’s Toy, A New Cultural Model, or a World-Changing Phenomenon?

When artist-cum-activist Ai Wei Wei chose to utilize Legos for his 2015 Melbourne installation on freedom of speech and the Danish toymaker refused to fulfill the order for political reasons, Ai was donated boxes upon boxes by the public in a movement bearing its own hashtag #LegosForWeiwei.

The following year Antony Gormley created a gigantic and somewhat neo-cubist sculpture out of rectangular blocks of metal, reminiscent of Lego bricks — hence the Giacometti of Lego moniker conned by the none too impressed Guardian.

Next, the Saatchi Gallery held its interactive BRICKLIVE exhibition, dedicating the entire top floor to the Lego universe. The exhibition showcased a 24-meter-long panel made up of 300,000 bricks — the world’s largest Lego graffiti wall upon which anyone (to the delight of both children and adults) could leave their own mark.

Meanwhile, Nathan Sawaya, a former corporate lawyer and at present a brick artist as he has come to be called, has been taking the art world by storm with his large-scale existential sculptures made of Lego blocks, and enjoying a considerable stream of commissions from the likes of Andre Agassi, Bill Clinton and Lady Gaga.

In one word, Lego has been steadily taking over the art world. But, it is not only the contemporary art world that has been modeling using the children’s building blocks; UK Academia has increasingly been employing Lego as a tool for boosting individual imagination and collaborative creativity. 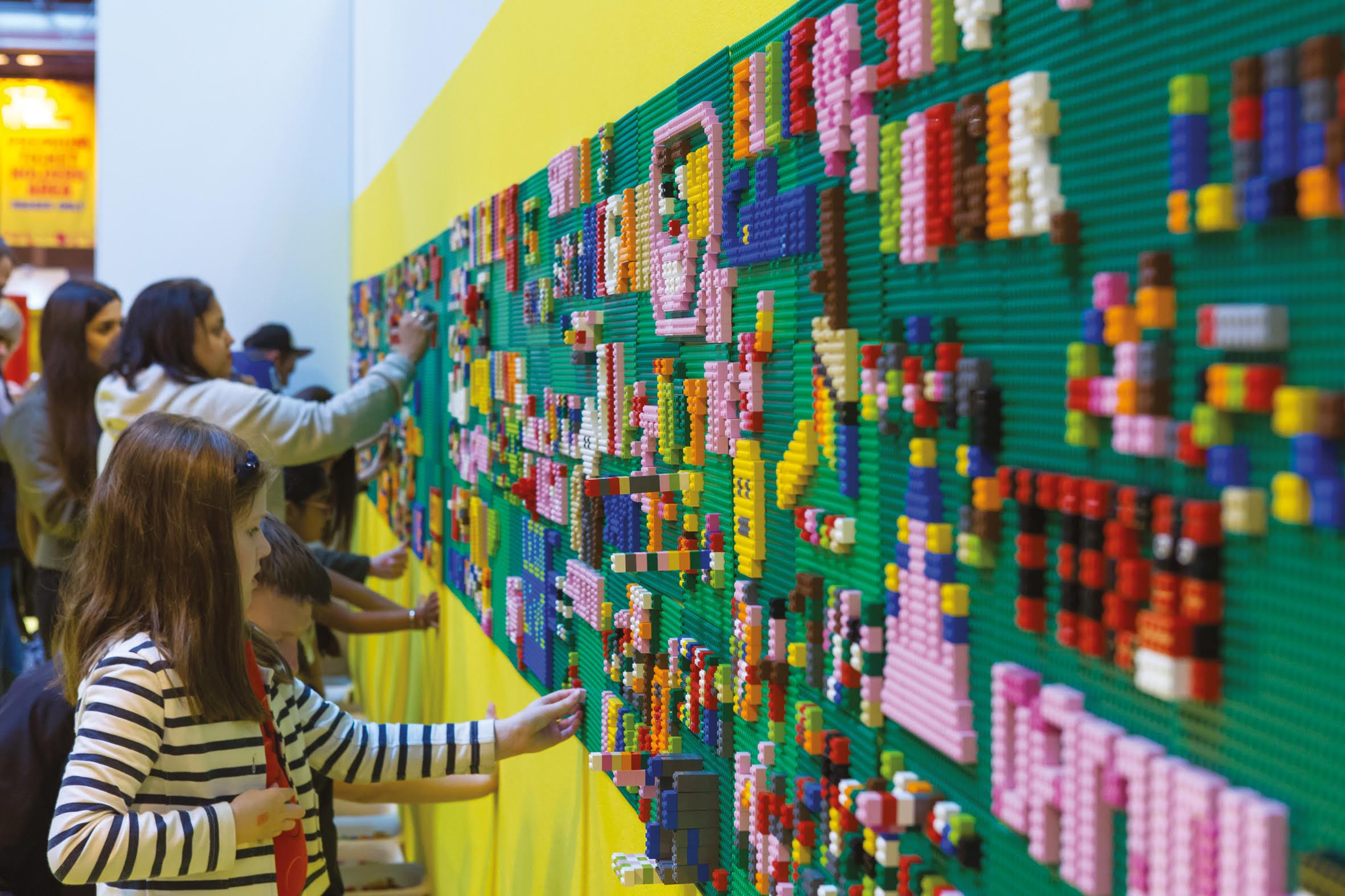 In fact, as part of my MA course at the University of Arts: Central Saint Martin’s I completed two three hour Interdisciplinary 3DModeling workshops utilizing Lego. The idea was to connect the bricks in absolute silence whilst thinking about the challenges and aspirations of our curatorial practice.

At the end of the session, each one of us jaded curatorial students had to describe our experience, and unveil our creations — physical representations of the metaphorical struggles experienced during our existential meditation. The results? A room full of converted skeptics. During WWI, Sigmund Freud studied the post-traumatic stress experienced by soldiers by having them draw their dreams and engaging them in associative games. His aim was to generate a tangible representation of abstract states, feelings and concepts created by our remarkable brains. These interpretations of the subconscious went on to inspire the entire Surrealist movement. Seeing how often Legos are being used to uncover the complex nature of thoughts while providing them with a physical representation, the toy bricks may very well be on the brink of spawning their own ‘-ism’. 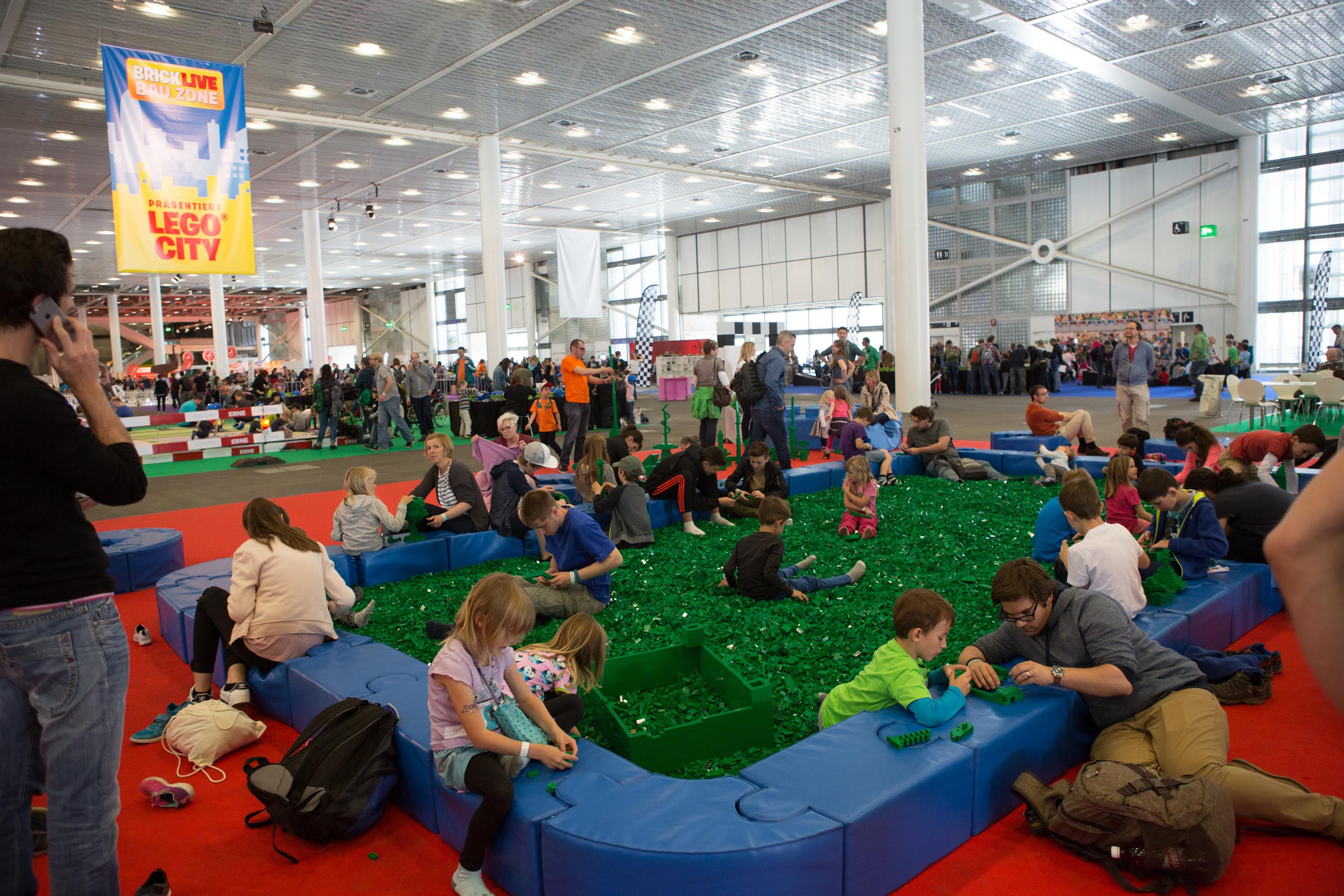 In 1938, 16-year-old Godtfred Kirk Christiansen, the son of the Lego Group’s founder, carved and put up in his father’s workshop a phrase that has become the company’s motto: ‘Only the best is good enough’ — ‘Det bedste er ikke for godt’.

Well, the iconic system of interconnecting studs and tubes, patented by the Lego Group in 1958, is not only entertaining, but immensely satisfying. Moreover, the potential of any Lego element to be a part of a much larger whole, rather than a mere standalone object, is really romantic. By providing an endless platform for imaginative play, and encouraging creative thinking in each new generation, Lego is contributing to cultural and creative processes that might very well be making a difference in the way our entire world operates.

Here is what I think: whether Lego will be used in psychotherapy as a tool to illumine our sub-conscious; whether it will be fully integrated into the curriculum of educational institutions, and eventually birth some kind of ‘Legoism’, remains unclear. What is undeniable is that we have been bearing witness to Lego becoming art for years now, but is it really…the art? Perhaps, Lego is actually experiencing a transitional state; it might become a cultural movement, a genre, a dis-cipline, or, perhaps this too shall pass and it will forever remain simply what it has always been — the greatest toy invention of the 20th century, which incidentally is right in line with the toymaker’s original motto. 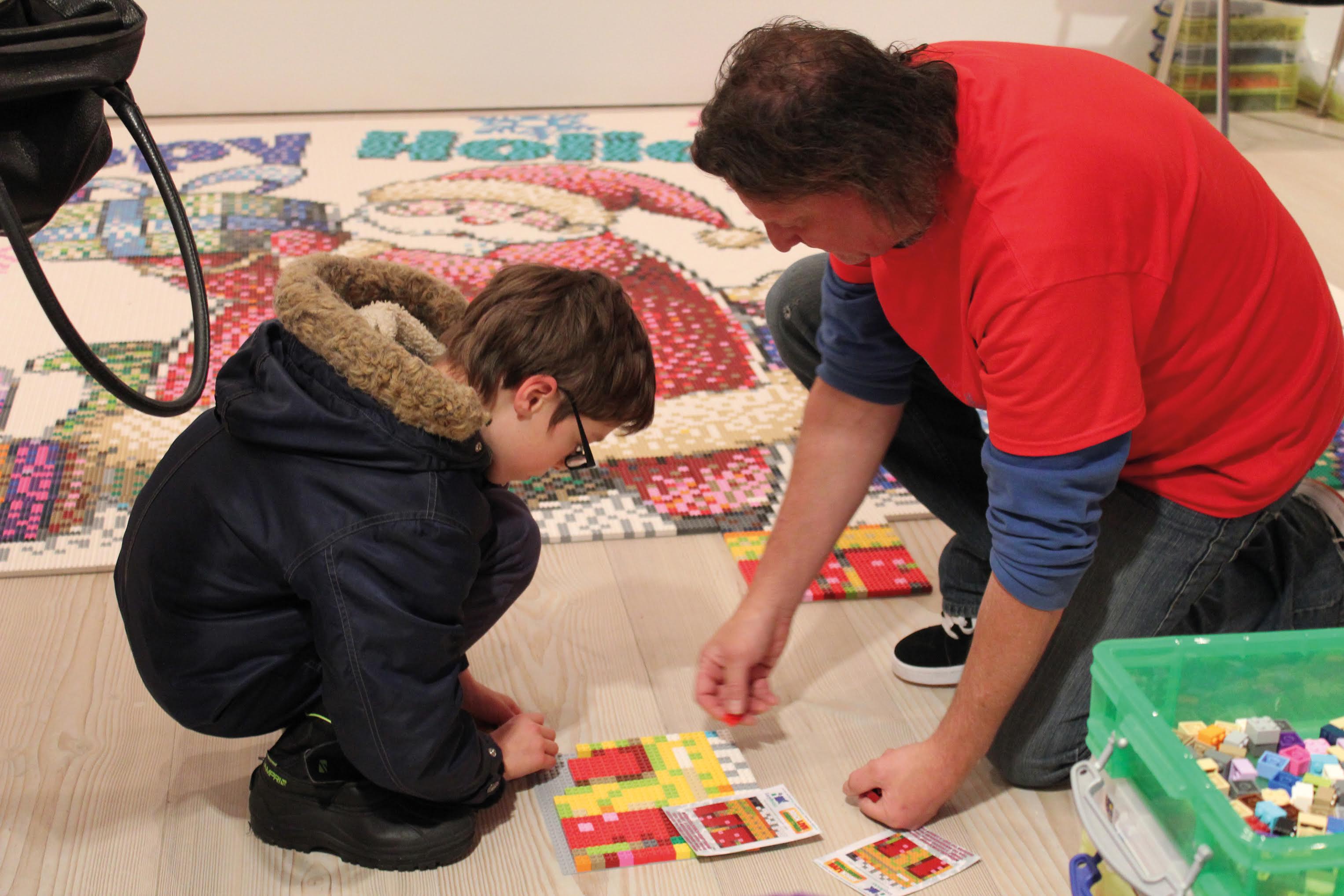